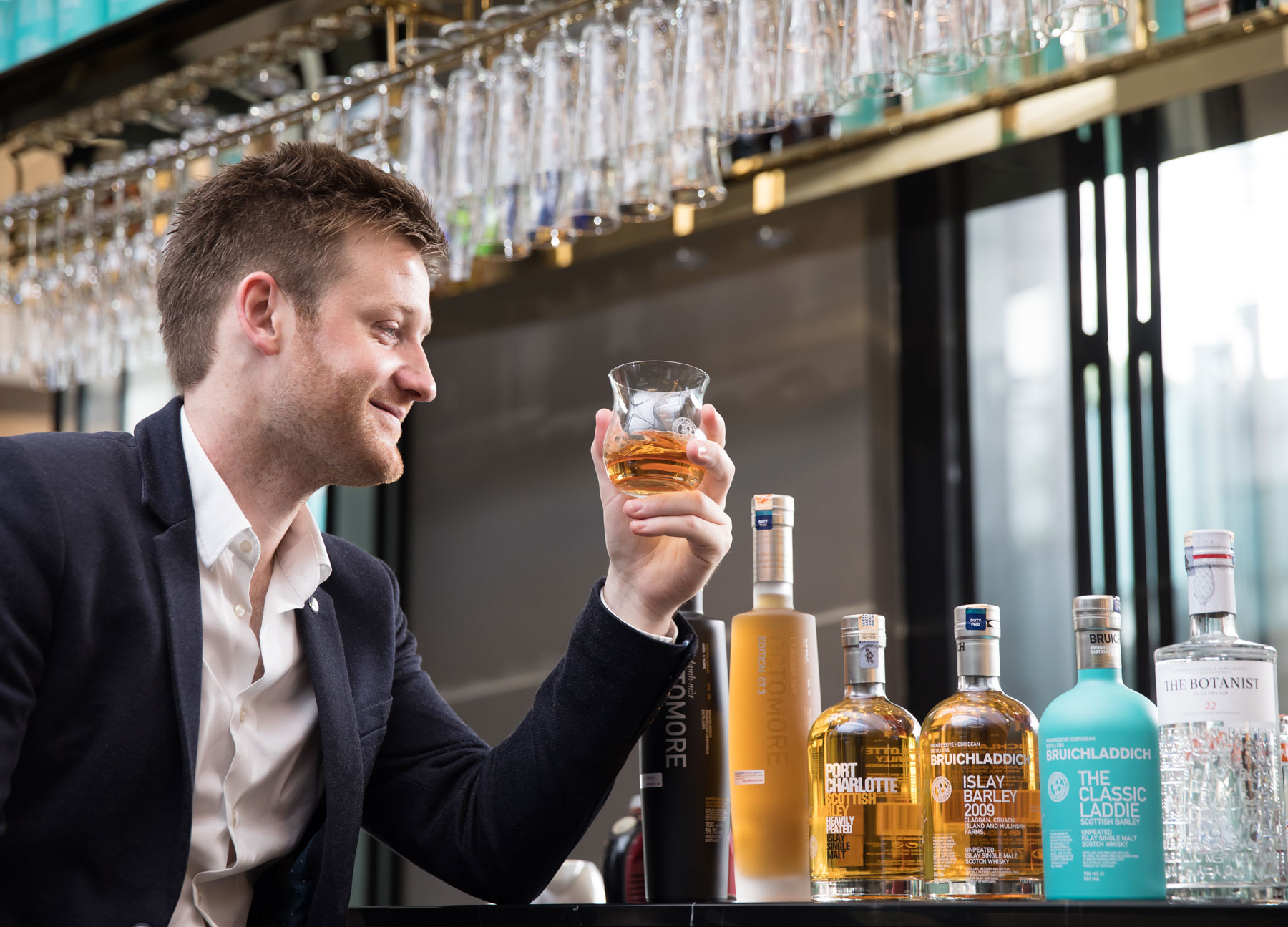 As an apéritif or a digestif, Ong Chin Huat is charmed by the two new additions to boutique distillery Bruichladdich’s arsenal.

Some might term it as an acquired taste while others can’t imagine how any single malt whisky could exist without it. We’re talking about the unique flavour of peat and that’s something boutique distillery Bruichladdich was plenty of.

Combining the time-old tradition of whisky distillation with a modern day view, Bruichladdich of Scotland excites whisky connoisseurs with two new additions to their impressive portfolio. Artisanal and greatly coveted, the Islay Barley 2009 and the Octomore 7.3 has created ripples in bars and watering holes around the world, charming single malt fans and whisky lovers and seducing them with their own special qualities. 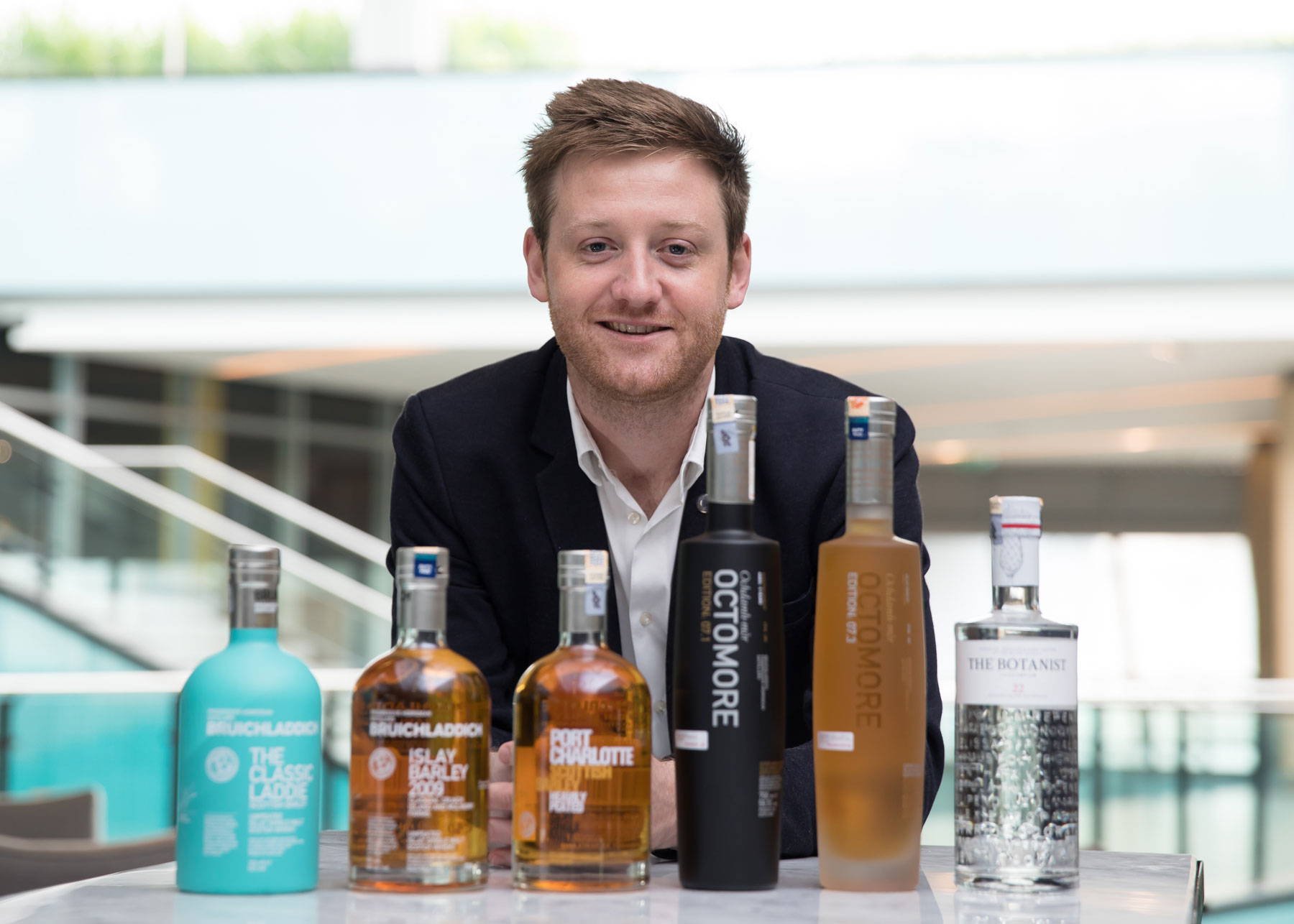 According to brand ambassador Murray Campbell, the barley used for the very first Bruichladdich Islay Barley bottling in 2004 used barley from just a single farm in Islay, Scotland because this was the only farm growing barley for the distillery at that time. “Fast forward to 2016 and we had 19 farms growing barley for us… The 2009 edition used barley from four small farms combined,” says Campbell.

On the other hand, the Octomore 7.3 (which is the second edition of Bruichladdich’s Octomore series) is made from barley grown two miles along the coast from the distillery at farmer and friend James Brown’s Octomore farm.

Bruichladdich Islay Barley 2009
Using 100 percent Islay barley obtained from various farms across Islay in Scotland, this 2009 vintage is a delightful blend bursting with succulent candied almonds, toffee apple, nougat wafers and ginger biscuits all derived from the terroir where the farms are located. Differing vastly from the previous 2007 release which had a wild maritime flavour, this edition of Bruichladdich has more structure and gives a firmer and masculine tone.

Complex and layered, the trips over the taste buds with barley sugar and oak whilst it leaves the palette satiated for more. Opening with an aroma of gooseberries, fresh pineapple and mango, which is followed by a floral bouquet of mimosa, carnations and mint. Dark oaks mixed together with plums add the weight to the drink and it finishes with a harmonious cacophony of taste.

The ‘trickle distillation’ using age-old Victorian equipment and 134-years of refining the craft produces a young spirit which stands out on its own. 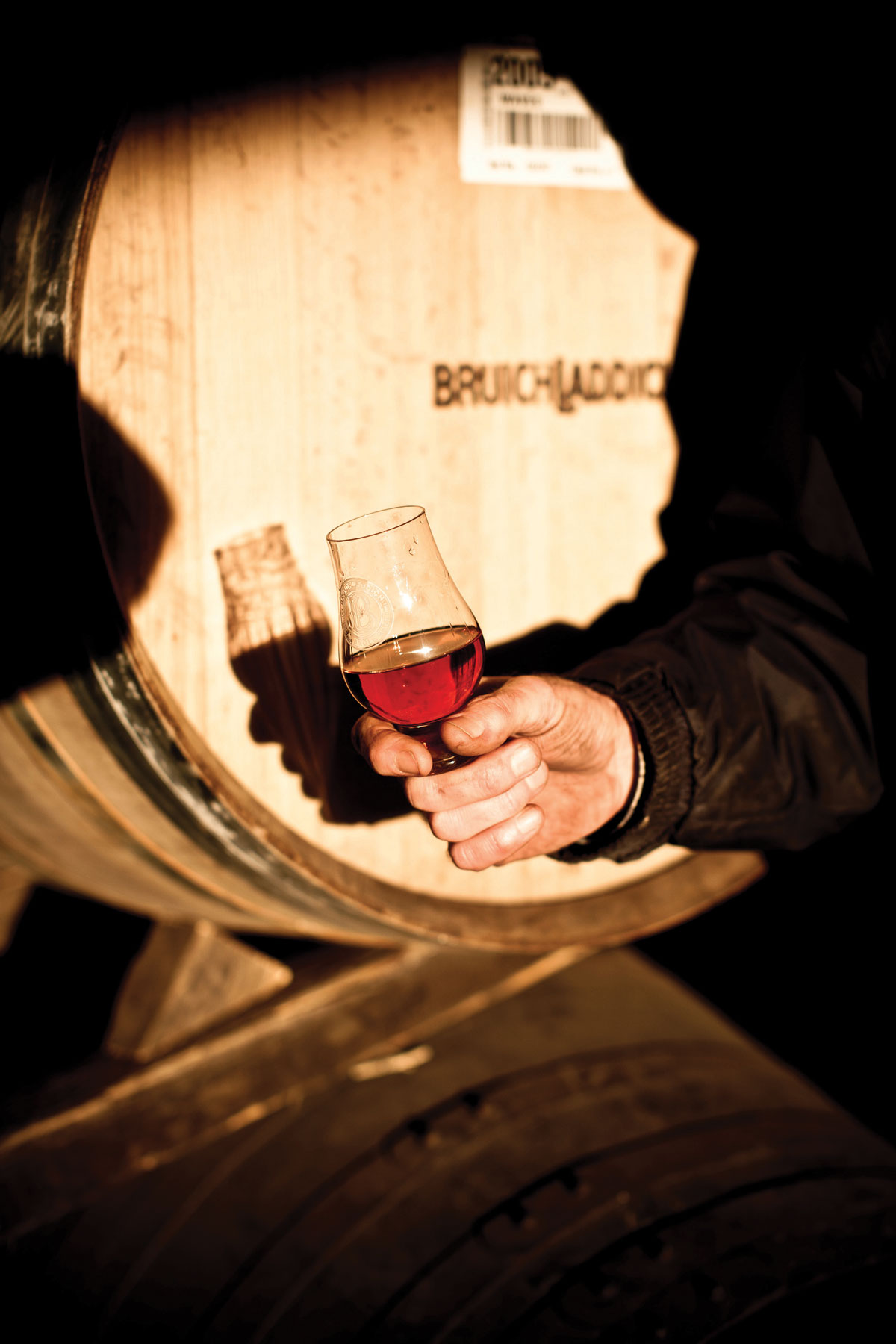 Heavily peated and strong to the palate, the Octomore 7.3 is part of the ‘Octomore of Octomore’ series which is categorised as one which possesses a heavier peat compared with other whiskies. Distilled from barley grown on the Islay farm and soaked in the maritime climate of the Hebrides, this whisky is distilled from grain harvested on Lorgba Field in 2009 and then matured in American Bourbon barrels and Spanish wine casks of Ribera Del Duero giving it’s unique and inimitable taste.

Elegant yet powerful, profound and complex, the Octomore 7.3 makes an impactful impression with a hit of peat smoke which is closely trailed by ozone and a spray of salt. Maritime notes follow, revealing its origins on the shores of Lochindaal. A little later and the easy and familiar aroma of apricot jam, cinder toffee and vanilla rise up. Satin smooth in texture, sweetness comes in the form of the American oak which intermingles with peat smoke.

Patience has its virtue and later, peaches, apricot, melon and ginger emerge as the main body and this is swiftly joined by Islay barley, toasted oak, wild thyme, mint and buttercup. The finish is just as dramatic as the opening notes and the slow distillation pays off with an ending unlike no other. Like embers in a well-used fireplace, the lasting taste of the Octomore 7.3 lingers on your taste buds long after you glass is empty.