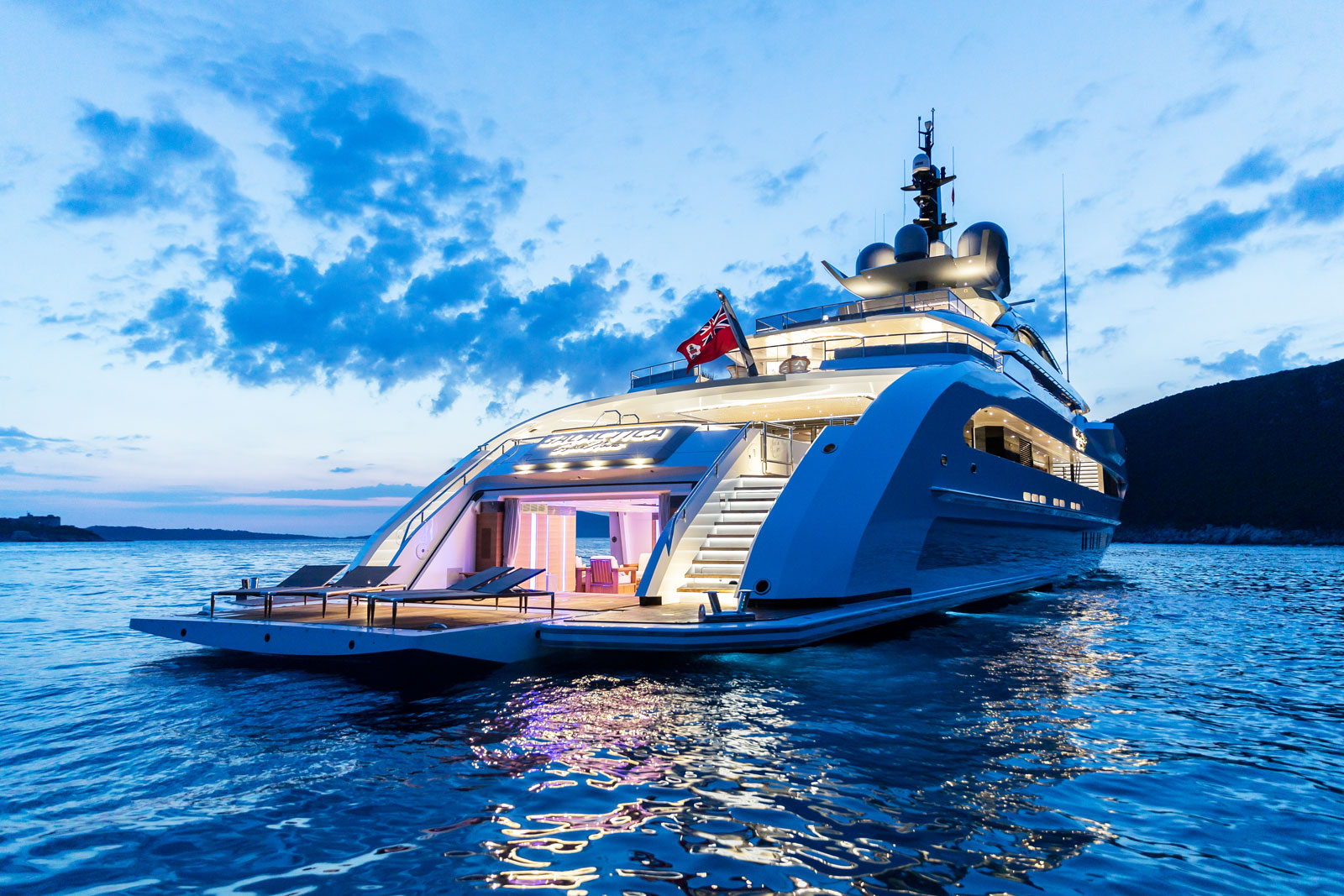 At 70.07 metres to be precise, and with the ability to accommodate 12 guests and 16 crew at a time, Galactica Super Nova is vast. But still, the size of the palatial bedrooms had to be sacrificed for a greater proportion of outdoor space, and, there is plenty. On the foredeck, which lies in front of the bridge, there is room for an outdoor cinema screen, a helipad and fittings to put up a large awning to create shade.

At the rear, and surrounded by carefully manicured aloe vera plants, there is a six-metre freshwater infinity pool with a glass-panelled bottom and fountain, as well as a resistance function to swim against. The only downside is that it’s drained when the yacht starts moving to meet nautical regulations, but I’m sure those on board can easily live with that. 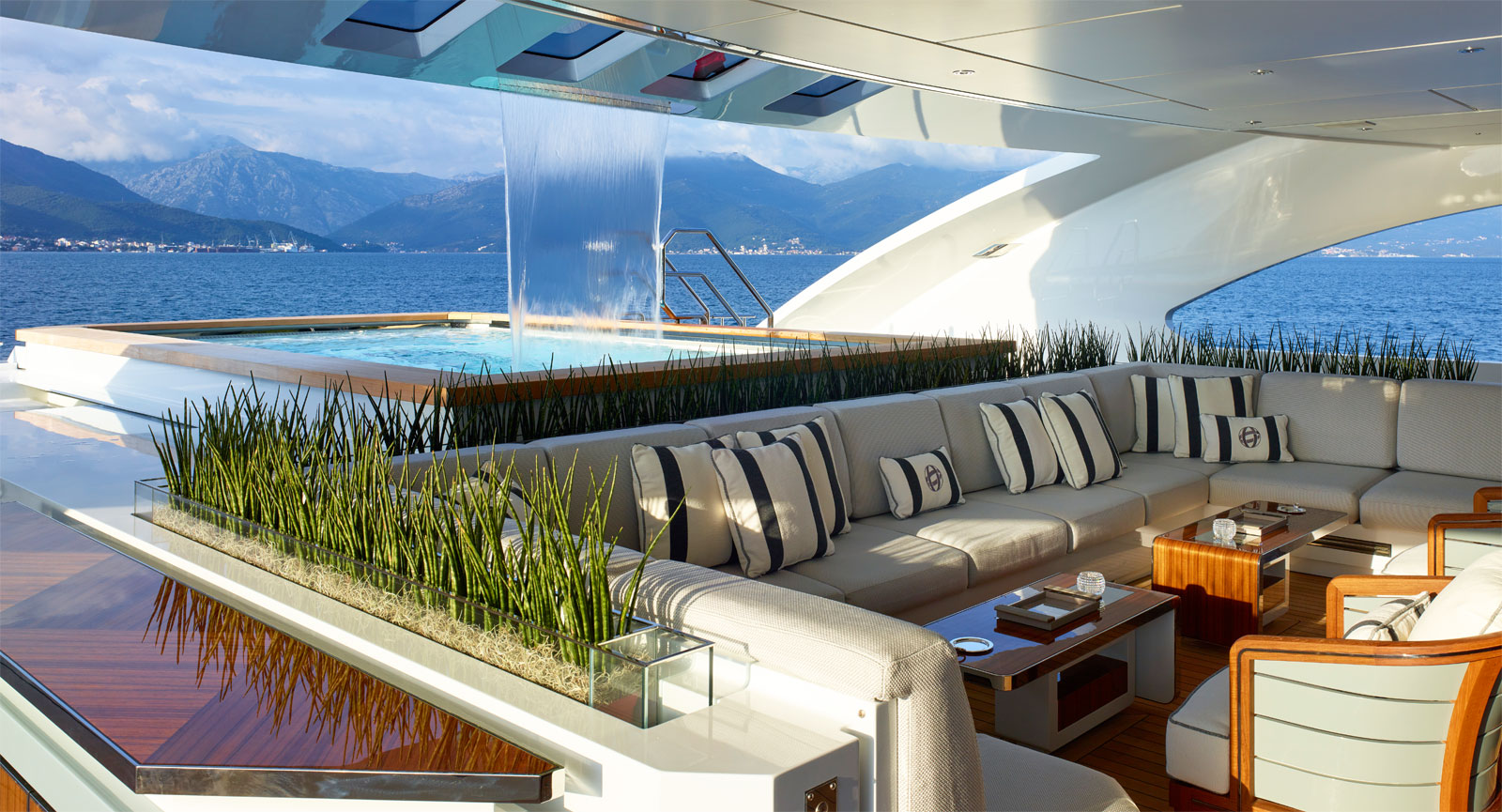 At the end of the day, Galactica Super Nova has been built to perform, staying true to one of Heesen’s key philosophies. Speed comes courtesy of three engines, one of which powers a Rolls-Royce booster-jet to provide extra thrust at maximum pelt. The result is 17,120hp on tap, a tad short of the combined power of 15 Bugatti Veyron cars, to put this into some kind of perspective.

Top speed is 30 knots (reached in just 75 seconds), and we enjoyed the 12 nautical mile sunset cruise from Monaco’s Port Hercules to Nice at around 18 knots. It was difficult to get a sense of how fast you were going, as the aluminium hull simply glided through the water; the movement was so subtle and remarkably peaceful. 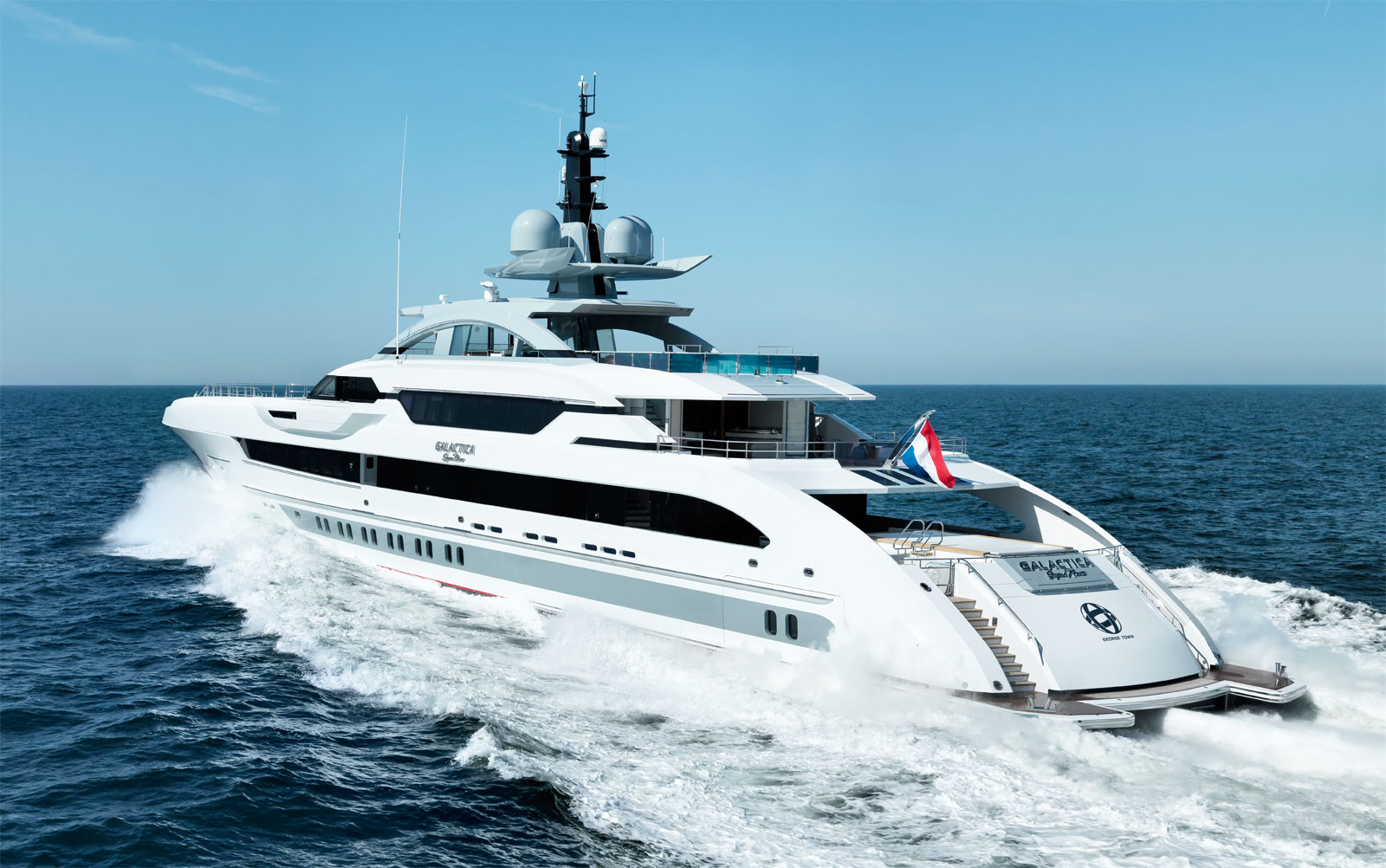 Within the owner’s cabin, the resulting noise is just 47 decibels at 30 knots, a similar level to bird song and quieter than a normal conversation. The only way to really appreciate how quick 1,200 tonnes was being moved through the water, was by watching the Heesen tender running alongside, which you could see was going at a significant pace to keep up.

The mind-blowing statistics don’t stop there. At a velocity of 12 knots, Galactica Super Nova burns through 300 litres of fuel per hour, whilst at 30 knots, this multiplies ten-fold to 3,000 being consumed every 60 minutes. Good job it has an 89,000-litre fuel tank then.

Aboard Galactica Super Nova, there was no word on the price tag or who the buyer was, but with the help of a few clues, such as the Russian books and magazines in the living room, you could start to build a picture of where the money originated. As it later transpired, we were told that this yacht was one of seven in the same Russian family.

Interestingly, Heesen’s reliance on Russia for clients ended a few years ago, and instead, orders now flow in from different corners of the globe such as Dubai, Monaco, Western Europe and the USA, which for a business, is a healthier spread, instead of being so dependent on one key territory. There are around 170 “Heesen’s” on the water today, and only around three have been bought by females, echoing the hugely male-orientated customer base in the superyacht industry.

When money is clearly no object for buyers of superyachts, I turned to Bonini following our voyage aboard Galactica Super Nova, and asked whether anything is possible when it comes to designing a yacht; you would have thought that with enough dollars in hand, there would be few obstacles. However, surprisingly, it’s not that straightforward, as there are many factors to take into consideration before putting pen to paper. These range from maintenance and the maximum available storage, to how easy it is to replace components, and exposure to the elements depending on where the yacht is going to be used. Food for thought when you are about to place your order…

Click here for our feature on the Amore Mio Superyacht.