Heesen’s yachts are either built on speculation (i.e. there is no buyer when they are started, although one can intervene at any point), or are designed from the very beginning according to a client’s exact specification. The split of what passes through the dry docks is pretty much even according to their charismatic and approachable CEO, Arthur Brouwer, and Project Cosmos falls into the latter category. It’s been ordered by a repeat customer who had laid down the gauntlet to build a yacht that met two strict criteria – it needed to be 80 metres in length, and be able to reach a top speed of 30 knots. In fact, the business is no stranger to a challenge, with the 43.58-metre Octopussy being a prime example.

Commissioned in 1988 by American entrepreneur, John Staluppi, it had to be capable of doing 48 knots, or a full refund was due to the customer. Luckily for Heesen, the “yacht that couldn’t be built”, was. Project Cosmos will also see South African Captain, Chris Guy, jump ship from the helm of Galactica Super Nova when it hits the water, and therefore, if you put all of the above facts together, it doesn’t take long to conclude who has added this game-changing yacht to their already sizeable collection.

Although the significant price tag paid by the new owner of Project Cosmos was not revealed, a typical Heesen owner can expect to put down a 10 to 15 per cent deposit, a sum which can still easily run into the millions. Opting for the custom route is evidently more expensive per gross tonne than buying one that’s of a standard specification, as the buyer is unable to benefit from the savings achieved through economies of scale. 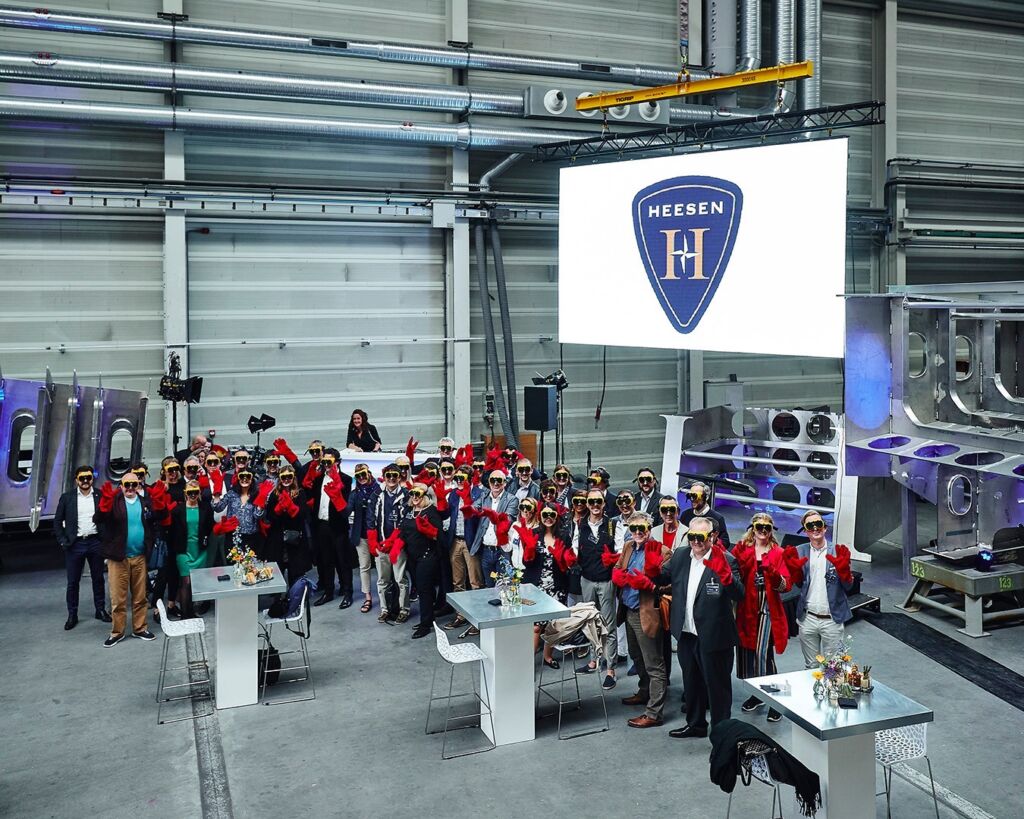 Where it all begins
It generally takes around eight months from the point of signing the contract to getting the build underway, and the start of construction is marked by what’s called a keel laying ceremony that I had the privilege of attending. In marine circles, it’s apparently a long-standing tradition, and involves key stakeholders in the project, such as the designers and other notable suppliers, coming together in a short ceremony to weld a plaque on to the “Backbone” of the yacht in the case of Project Cosmos. 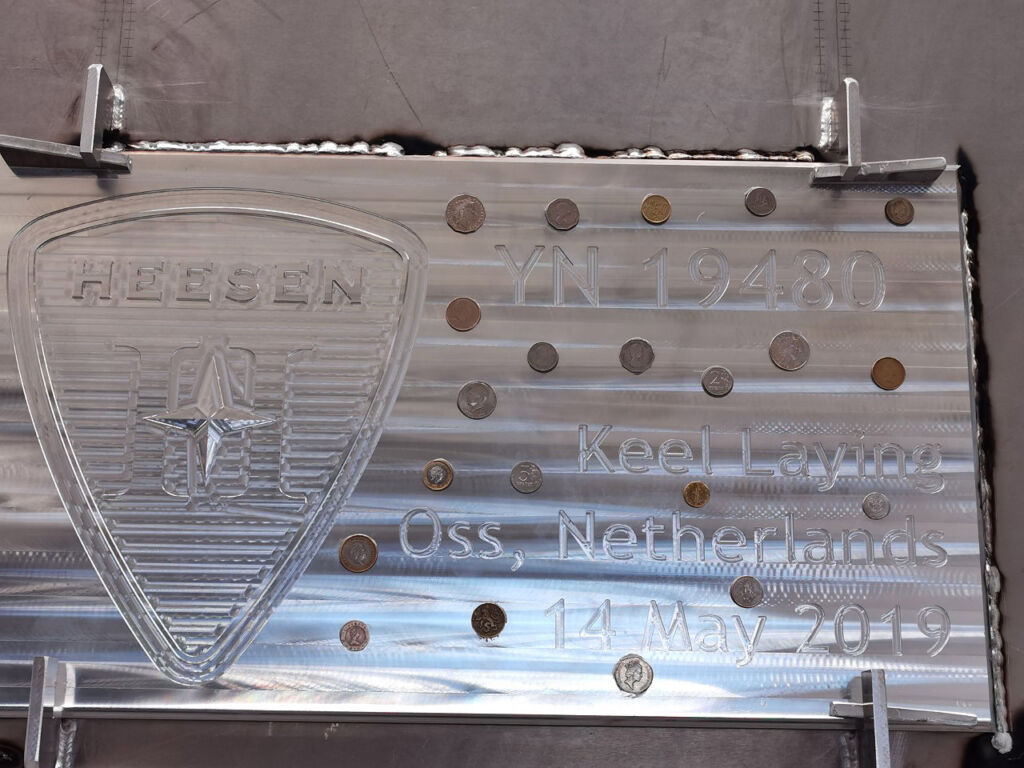 It features the date of the event and a display of glued-on coins from guests at the ceremony, supposedly a symbol of good luck.

Innovative design
Shaping the yacht’s exterior was the job of the London-based studio, Winch Design, and being custom-made, Project Cosmos is unique in its appearance. James Russell, an exterior yacht designer at Winch, explained that he wanted to create a boat that was timeless, one that was not going to date too soon, and one which sported a fairly contemporary look.

The impressive 12 metre certified helipad, which is capable of both receiving a Eurocopter 135 and hosting an outdoor cinema experience, is one of the most prominent features that drove the proportions of the yacht and the positioning of the wheelhouse. This, in turn, allowed the studio to develop the long bow and elegant lines, similar to those of a sweeping sportscar bonnet.

The very top level of the yacht, which sits above the bridge, equally needed to be removable to allow Project Cosmos to make the journey from Oss to open waters. Other notable additions include a seven-metre glass-bottomed pool with contra jets for swimming, as well as a limousine tender that has also been styled especially by Andrew Winch for Project Cosmos.

To meet the challenge of creating an 80 metre yacht which is capable of a top speed of 30 knots, this called for innovative engineering solutions not yet seen in the sector. At the heart of Project Cosmos, is the “Backbone”. Now patented, and similar in look to a ribcage of a whale, its aluminium construction delivers the required stiffness from bow to stern, without adding weight and affecting performance.