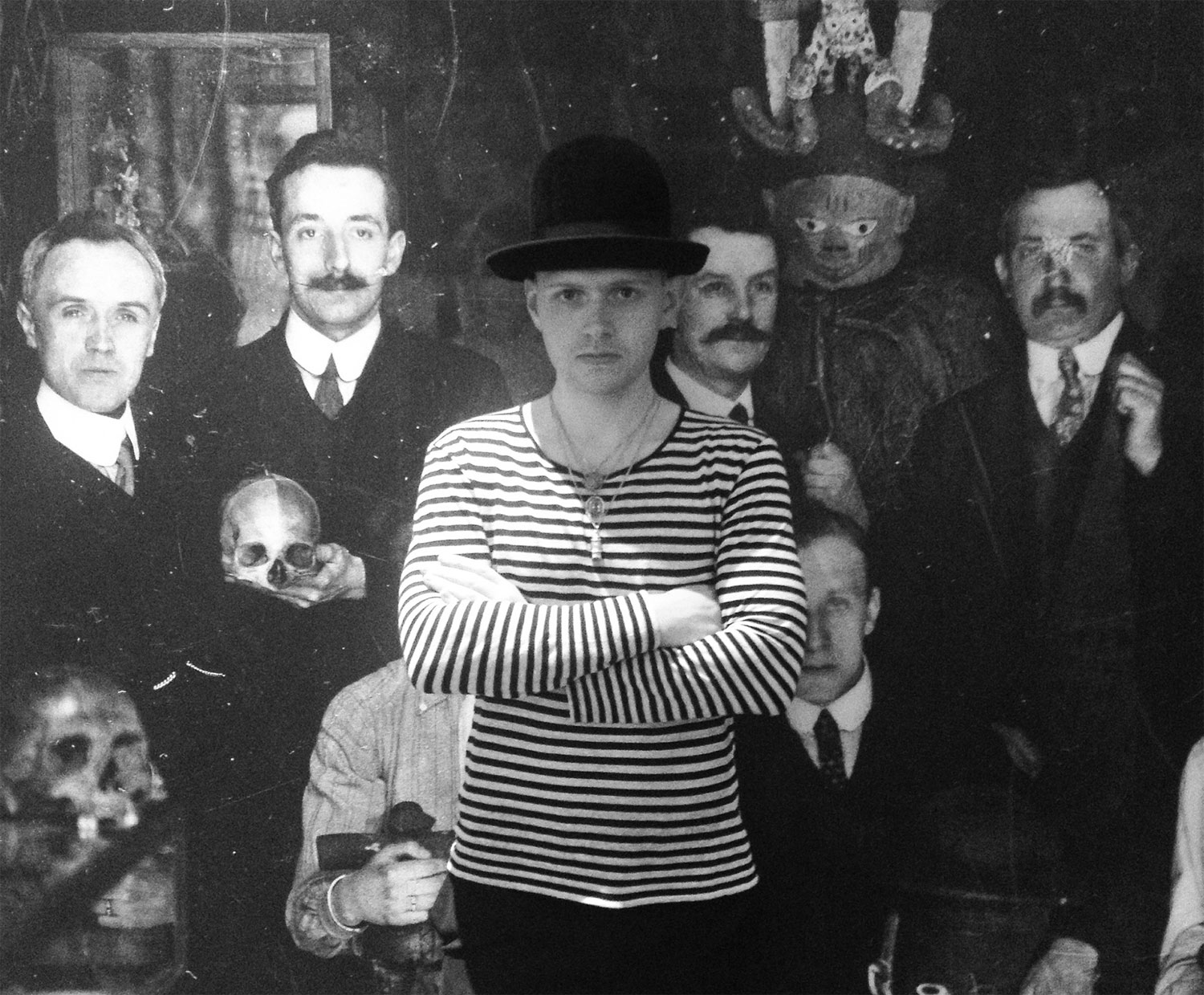 Henry Hussey’s works bring together vintage, hand-dyed and printed fabrics, embroidery and bead-work in the production of rich and emotive textile pieces.

Now Hussey will be part of a new group show – Vestige – opening at Gallery 8 on Duke Street St James on Monday 9th February. 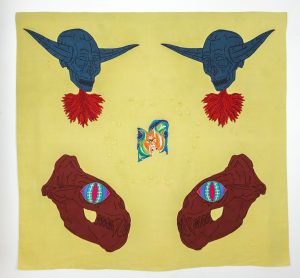 Drawing upon personal experiences of specific events and the emotional responses that have informed his life, Hussey skilfully layers and interweaves text, imagery and material to create exquisitely detailed works with a powerful resonance.

“Scrimshaw” tells the artist’s very personal story of being a “secret child”, of growing up not knowing his father had another family. Hussey’s anger towards his father is purified in his mind, by creating something beautiful out of something terrible.

The imagery used derives from the artist’s own library of sketches of objects from museum collections, as well as photographs that depict emotional expression. Such photographs are an integral part of Hussey’s working process, as is his work performing with actors from the Royal Shakespeare Company which he uses to research and explore the ways that emotions are expressed through the face and the body. The result is a highly complex and colourful body of work. 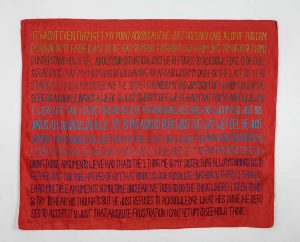 Hussey graduated from Chelsea College of Art with a BA (Hons) in 2011 and completed his MA in Textiles at the Royal College of Art in 2013. He has recently been selected by Cat Street Gallery in Hong Kong for their exhibition Young Blood. Significantly, Hussey’s work was also selected for the Bloomberg New Contemporaries exhibition touring nationally and the Royal Academy Summer exhibition in 2014.