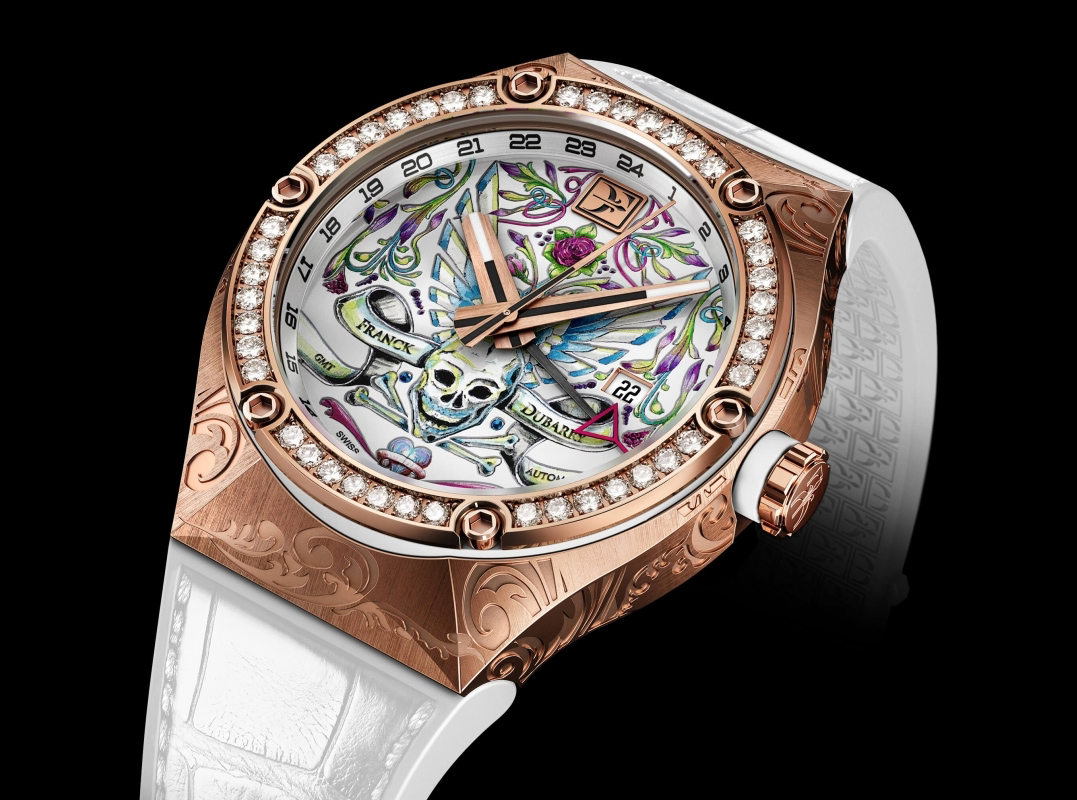 Watches with skulls on their faces don’t usually do it for our horological expert Henry McIntosh, but he’s prepared to make an exception in the case of the Fileteado GMT

Mt taste normally leads me to select refined timepieces, but every once in a while something straight out of left field grabs my attention.

The Fileteado GMT 504 from Franck Dubarry is one such watch, and it’s hard not to admire the bold skull-engraved dial which lends it a distinct elegance. You may need to be brave to wear it but, in my opinion, everyone needs a watch like this in their collection – something you can throw on for those edgier events and rebellious days when you need to make a real statement with your accessories.

The Fileteado collection is inspired by the folklore of Argentina and specifically the Fileteado Porteño paintings that emerged on the backstreets of Buenos Aires towards the end of the 19th Century.

The paintings were characterised by an exuberant style with the inclusion of flowers, vibrant colours and promotional or poetic phrases commonplace.

The art was initially painted on drab horses and carts, progressing to cars, signs and lorries, adding a veneer of life to mundane items and eventually becoming symbolic of the passion of Buenos Aires itself.

The Fileteado GMT 504 is full of life. 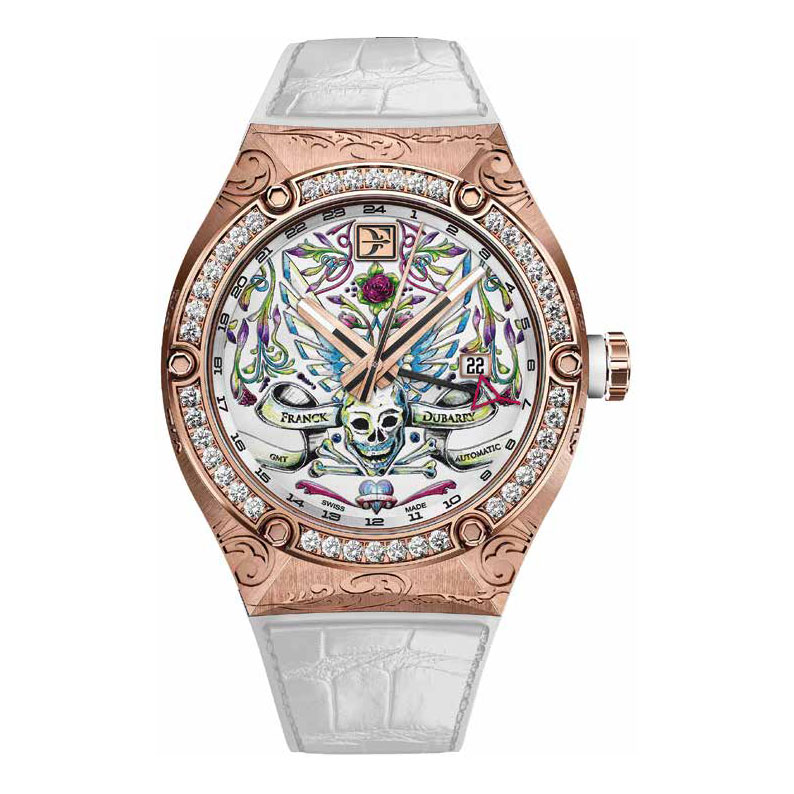 Swirling purple and pink flowers create a busy yet elegant aesthetic on the dial surrounding the smiling skull, which adds a certain humour to proceedings that the Porteño painters of old would have been proud of. Encased within an 18-carat rose gold case, engraved with floral patterns and encrusted with diamonds, the Fileteado’s extrovert nature is clear at first glance.

One thing that’s worth noting, however, is the Fileteado’s size. This watch will only work for ladies who like an oversized watch, as the diameter of the case is more akin to men’s timepieces at 43-50mm.

Still, if you’re chic enough to pull off the aesthetic, the size won’t matter.

The Fileteado GMT is anything but shy and retiring and neither is its price, with the watch coming in at around £26,000.