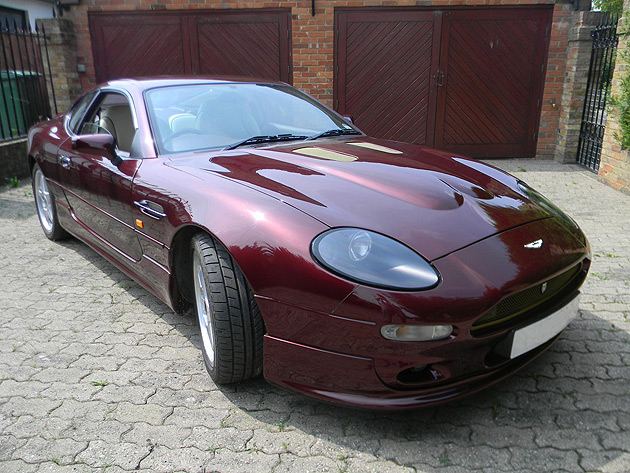 A masterpiece of modern engineering with a truly remarkable performance pedigree, classic and sports car auctioneer Historics at Brooklands has added a one-of-a-kind Aston Martin to its autumn auction at Brooklands on Saturday September 1st.

The most produced Aston Martin ever, with more than 7,000 built before it was superseded by the DB9, the DB7 was Aston Martin’s ‘entry-level’ model and first six cylinder car since the DB6 Mk. II in 1971.  The 1998 Aston Martin DB7 consigned by Historics however, is unlike any other DB7.

Commissioned by a member of the Saudi Arabian Royal family, Aston Martin at Newport Pagnell set about inserting its mighty 6350cc V8 Vantage engine, in to the space where a straight-six would normally reside.

The bulging bonnet lines – an engineering necessity rather than a cosmetic enhancement – hint at untapped potential, with the engine derived from the AMR1 racing car producing an impressive 452 bhp, substantially more than the 335 bhp of the standard straight six, or even the 420 bhp of the V12 Vantage spec model.

With so much speed on tap, superior stopping power is supplied by AP Racing brakes, whilst the suspension and steering have also been uprated to accommodate the impressive performance of this unique car.

Finished in Cheviot red paintwork and parchment leather seating piped in oxblood, with matching claret carpets, the DB7 V8 has covered just 3,220 miles from new, and Historics expects this one-of-a-kind car to attract offers of between £70,000 and £80,000 at auction on Saturday September 1st.