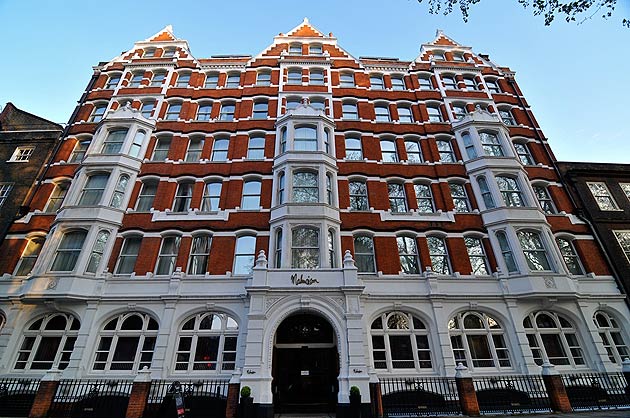 The Malmaison London boutique hotel lies off the beaten track and sits on the picturesque Charterhouse Square near to the Barbican in the heart of the Capital.

The luxury property first opened in 2003 and has recently undergone an extensive four month refurbishment. ‘Mal London’, as it likes to be called, boasts 97 rooms including two suites set over six floors, with those towards the top offering far reaching views over the city’s major landmarks such as the BT Tower and St Pancras railway station.

The building which once went by the name of the “Charterhouse Chambers”, and which saw valued members of the medical profession from St Bartholomew’s Hospital pacing the corridors as of the 1920s, now greets occupants with an uber-modern atrium featuring a pink and beige seating area set against a backdrop of ornate artwork. Gone is the regularly ostentatious reception desk and guests are instead checked-in by staff sitting merely with laptop computers at a low slung wooden table.

Our Superior Double room (the largest offering excluding a suite) was tastefully furnished in a New York retro meets modern style of décor. Lying opposite a large flatscreen TV and bordered by round glass tables, the double bed sat on an eye-catching grey suede base and was positioned against the main feature wall designed to replicate brickwork. A ‘giant’ lamp and clock towered over the main seating area. Wall-mounted USB sockets were also a welcomed addition, as was the free Wi-Fi internet access throughout the hotel.

The minimalistic black and white ensuite bathroom provided a subtle reminder that we were staying in a Malmaison property thanks to a generous selection of branded complementary fig and olive scented toiletries and the hotel group’s logo which was emblazoned on the glass partition of the very spacious and heavenly walk-in shower. There was no actual bath, but the shower, which also came complete with a refreshing waterfall effect option on the large ceiling-mounted head, certainly made up for its absence.

Come the evening, and there are two main hubs of entertainment at Malmaison London. The first is the ‘Mal Lounge’ located adjacent to the main entrance which serves a wide range of drinks and delicacies which span from seared Ahi tuna niçoise to a charcuterie board. The second is the American diner-style ‘Stripbar & Steak’ where up to 70 guests dine within a dimly lit setting as each table is illuminated merely by a decorative light bulb suspended on black wires. There are also intimate booths as well a separate room for those wanting to enjoy their meal with others in greater seclusion.