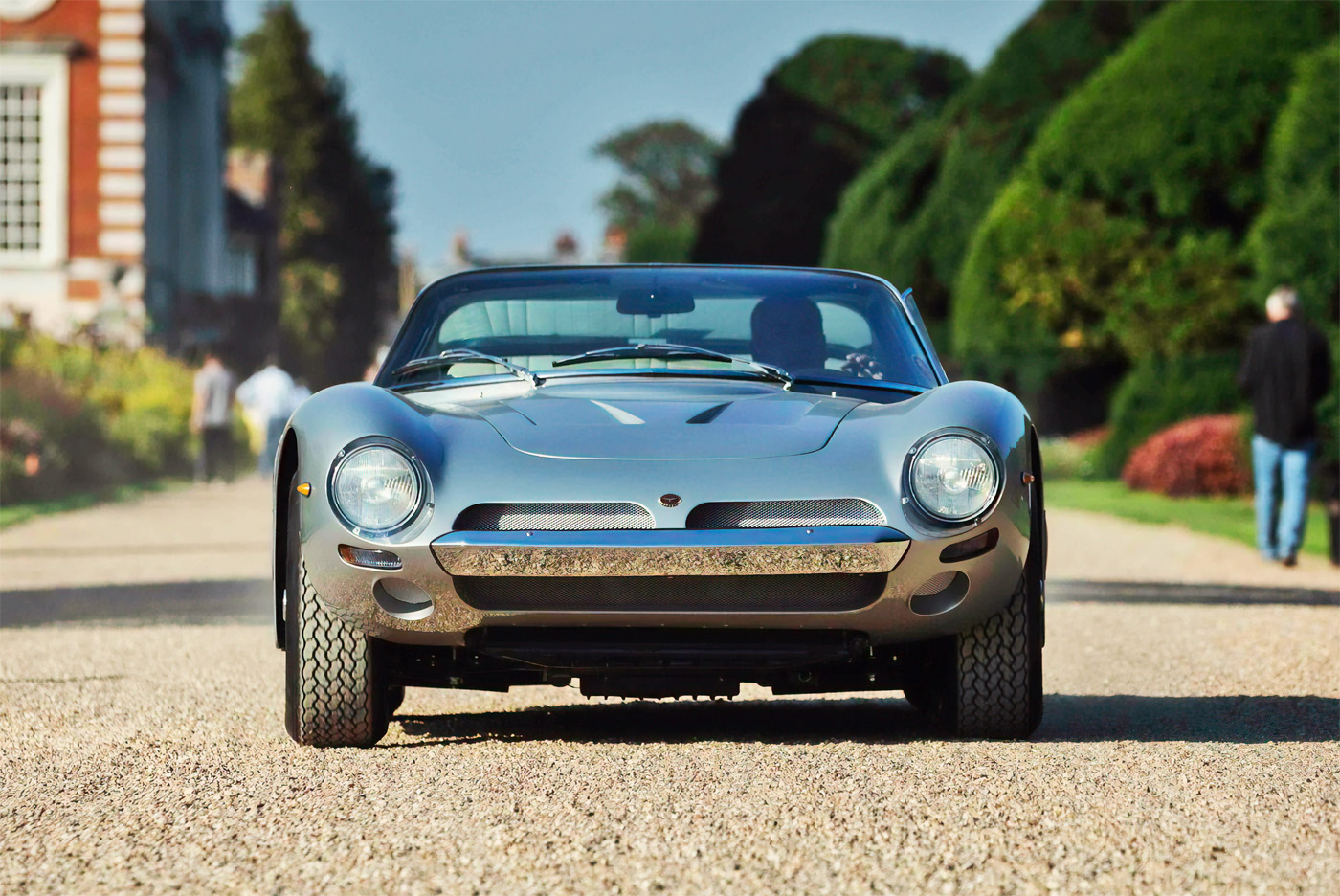 Thornley Kelham wins ‘Restoration of the Year’ at the Historic Motoring Awards for its full nut and bolt restoration of a rare Bizzarrini 5300 GT Strada.

The painstaking nut-and-bolt restoration of a rare BIzzarrini 5300 GT Strada by Thornley Kelham has been named ‘Restoration of the Year’ at the Historic Motoring Awards, presented by Octane and evo.

The team at Thornley Kelham had a very good starting point; this particular Bizzarrini one of just over 100 examples built) was a largely complete and unmolested car, but any restoration of a car this rare will be a challenge. Further pressure came from the fact that there are a significant number of accurate replicas circulating, and fastidious owner Guy Berryman of the band Coldplay was adamant that originality was therefore paramount. 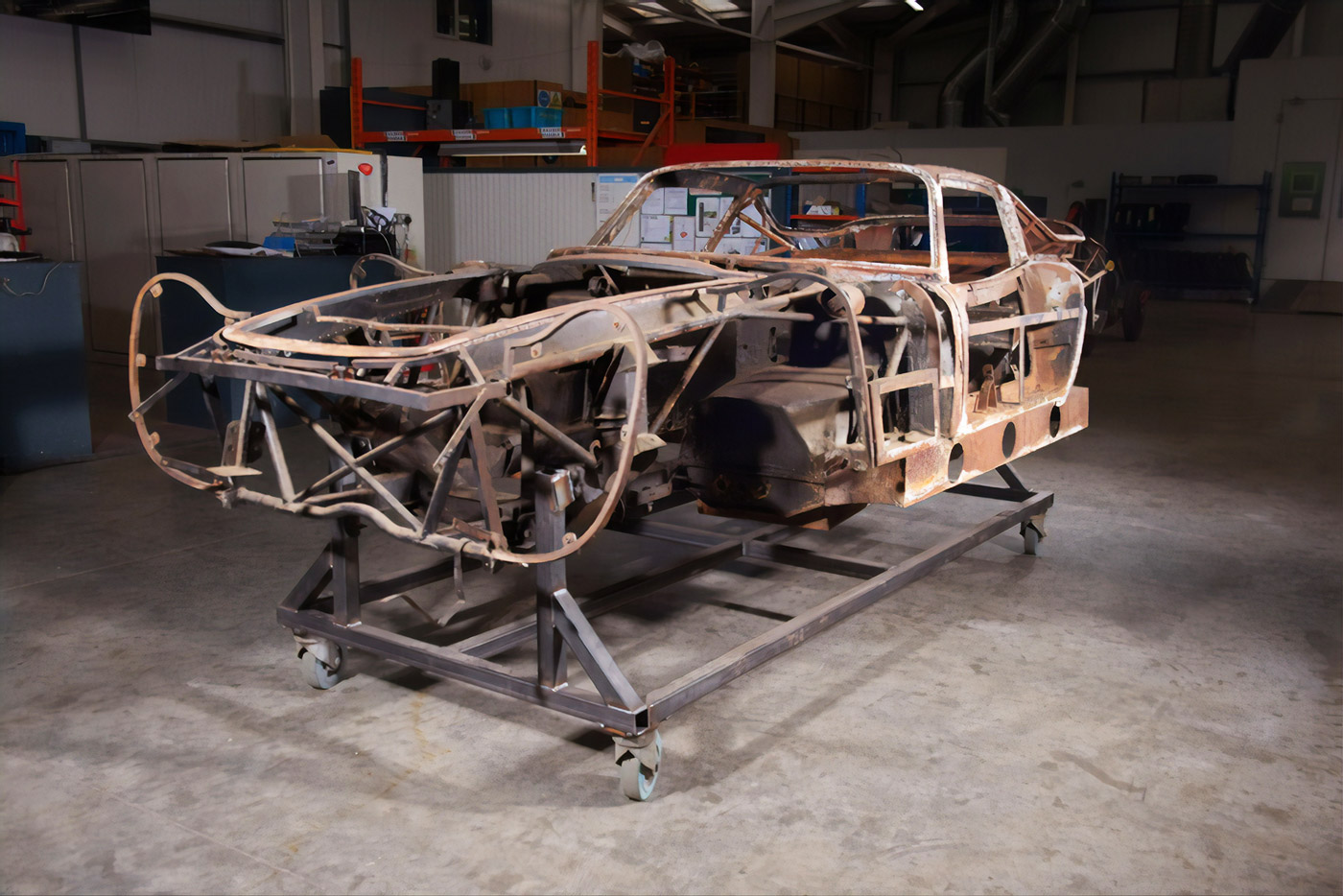 With so few cars to cross-reference, research was the name of the game. Details on this car were compared with a number of specialist Bizzarrini books already sourced by Thornley Kelham to ensure the interior, body and mechanicals were as they should be. They also consulted regularly with Jack Koobs de Hartog, universally recognized as the expert on these cars.

The restoration, therefore, left no stone unturned, starting with the complete disassembly of the car in the workshop. Cars of this type of construction – alloy skins over a steel frame – take around 4000 to 4500 hours to restore, spread over a period of between 18 and 24 months.

The process starts with a professional ‘before’ photoshoot, followed by disassembly and cataloguing of parts and then assigning and managing any subcontractors. Once this is complete, the restoration and rebuild phases begin. In this case, the metalwork, usually done in-house, was taken care of by Gary Pitney at GP Panelcraft.

The brakes proved tricky to get ‘just right’, and in the end, pragmatism won the day – based on the fact that Guy will use the car regularly. Dunlop-style brakes were, therefore, a rare specification change – everything else was exactly as the car would have left the factory, crucially maintaining originality in such a rare car.

This relentless pursuit of originality even extended to leaving original work as-is, such as the welding. Despite the fact some of the original weldings were terrible, it was important to maintain the aesthetic so it was left as it was, despite the areas being strengthened for future-proofing and performance.

The Bizzarrini 5300 GT Strada was completed for its owner and then competed in the 2018 Concours of Elegance at Hampton Court Palace. Perhaps the ultimate endorsement came from Jack Koobs de Hartog himself, who came to the UK specifically to see the car at the show and gave the car an emphatic vote of confidence.

With in-house bodywork, paint, engine and machine shops, Thornley Kelham is widely regarded for the quality of its restorations of historically significant, often unique vehicles across a variety of marques.

Simon Thornley, the co-founder of Thornley Kelham, said: “This restoration was the result of a huge outpouring of research, skill, dedication and passion by the whole Thornley Kelham team, and we’re delighted to see it receiving such acclaim. This prestigious award follows much praise not only from this car’s fastidious owner but also from the world’s pre-eminent Bizzarrini expert, Jack Koobs de Hartogs. We’re delighted to have been given the opportunity to maintain such an important piece of automotive history.”