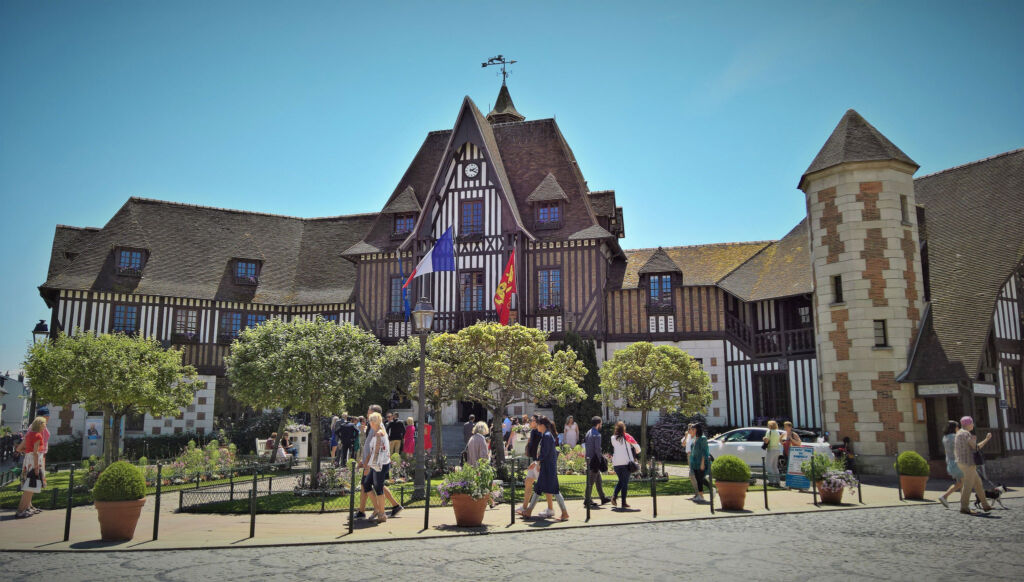 Foodie fans will enjoy the local fish market, and the covered market – as well as the many street stalls. Deauville’s mayor is a keen supporter of the arts and has invested in local exhibitions and festivals. You’ll find information at the Tourist Information office on Quai de l’impératrice Eugenie. The famous half-timbered houses in Deauville with Norman turrets and spires are an attraction in their own right. And the city loves its flowers. 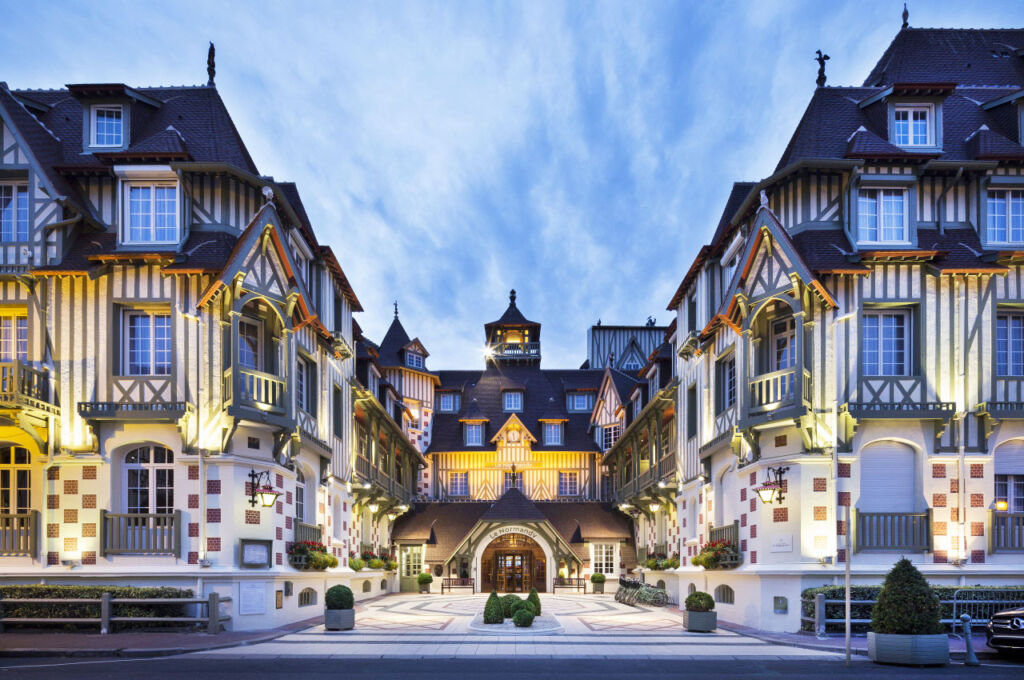 Hotel Barrière Le Normandy, Deauville
The second of Barrière’s Deauville bastions, the iconic Le Normandy was built in 1912 in the typical Anglo-Normandy style of the region. This grande dame of Normandy luxury hotels faces the beach and is only a few minutes’ walk from the shops. The green-timbered façade, with complimentary red-brick highlights and classic ornamental finials against almost Gothic gables, seems ageless. The definitive Sixties movie ‘A Man and A Woman’ was shot here and the hotel has provided a backdrop for many others. 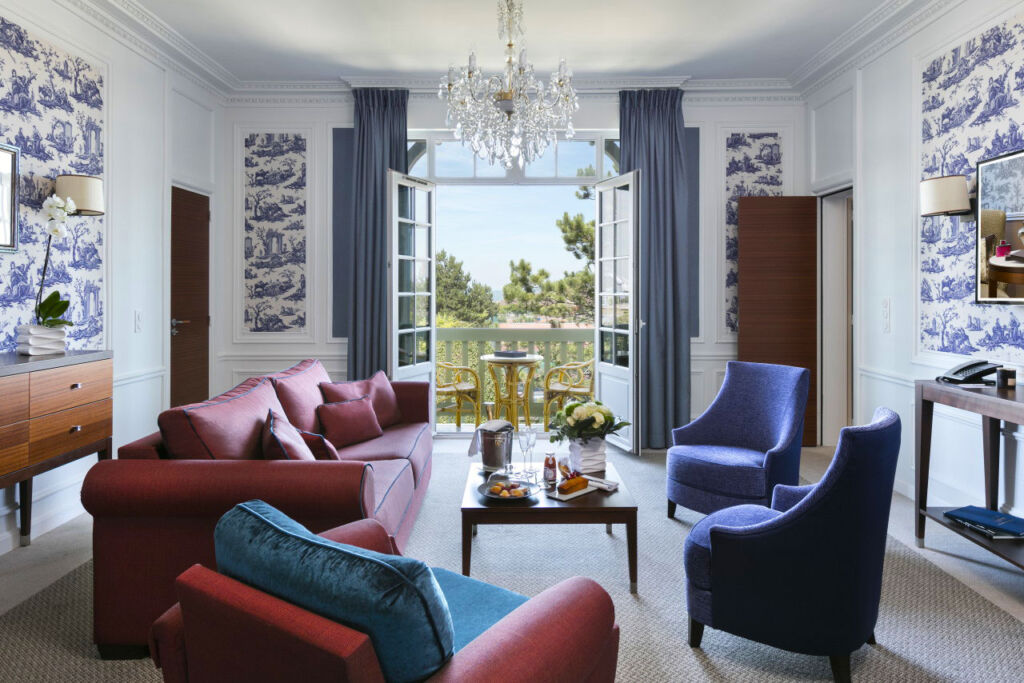 Today the Toile de Jouy-filled suites and rooms have, like the Golf, been refreshed by designer Nathalie Ryan. The Presidential Suite – all 100m2 of space is extraordinary and boasts its own lofty terrace above the courtyard. 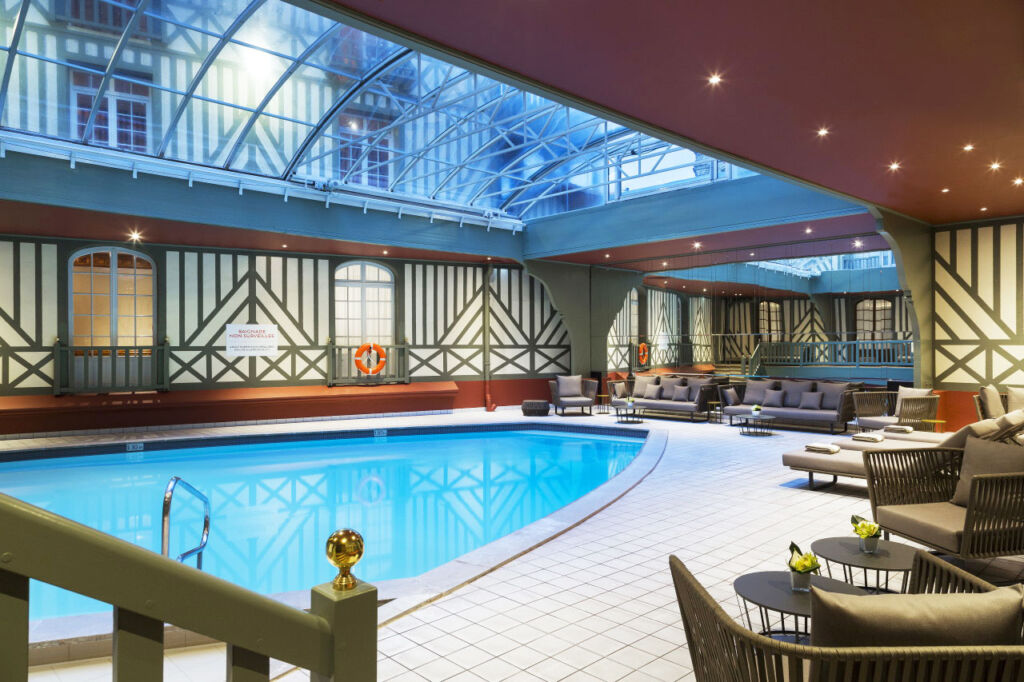 We have coffee in the plush lounge area, before a yoga session next to the indoor pool. A great workout, we relax in the sauna and indoor pool, before exploring the town.

Dinner later here at La Belle Epoque is beautifully presented and well cooked, with a choice of local Normandy favourites and fabulous seafood. The dining room a mahogany and velvet affair with views out to the expansive Normandy Courtyard which welcomes diners in the summer months. Le Normandy is a popular brunch spot, and the quality of the food at our meal was superb. I recommend relaxing over an apéro before your meal in the snazzy Normandy Bar – favourite haunt of many celebrities during the film festival. 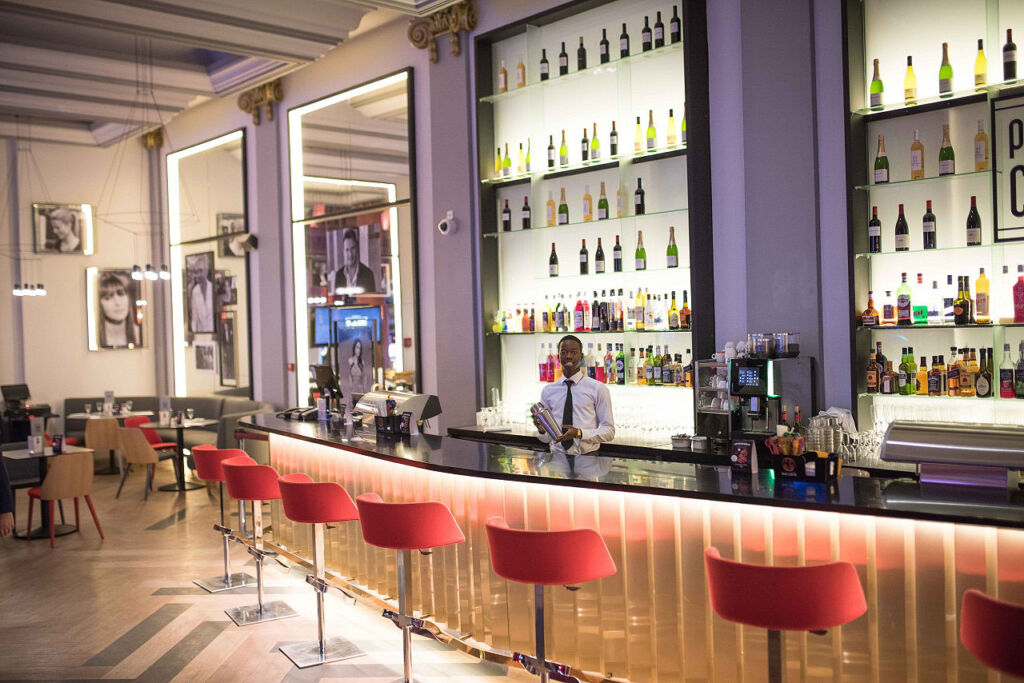 Deauville Casino
Located between the Hôtel Barrière Le Royal, Deauville and the Hotel Normandy, Deauville Casino was our first port of call after dinner. Owned by the Barrière Group, the Casino is perfectly situated and can be reached by an underground interior corridor from Le Normandy. We head for one of the roulette tables and cash in our chips. My first-ever play at the game and I’m drawn in by the tangible tension. A gentleman next to us spreads his bets across black and reds. And promptly loses around 2,000 Euros before heading to another table for a rendezvous with lady luck.

Next time you find yourself in Paris – escape for a long weekend or midweek break to Deauville. The sea air is life-restoring, the locals are welcoming, the hotels are luxurious and you’ll have the best seafood of your life. Especially if you dine at Le Ciro’s.

About the Hôtels Barrière

Walkolution Treadmill Desk – Is it Really Possible to Work While Walking?