This marked the final completion of the award-winning 440-metre skyscraper designed by Wilkinson Eyre Architects in collaboration with engineers, Arup.

Rising 103 storeys above the Pearl River, the Four Seasons Guangzhou occupies the top third of the new Guangzhou IFC between the 74th and 98th floors. Arranged around a breath-taking full-height atrium, and taller than St Paul’s Cathedral in London or the Statue of Liberty in New York, the 344 luxurious guest rooms and suites are among the most modern and spacious in the city, with unrivalled views of the Pearl River. Known to centuries of western traders as Canton, Guangzhou is China’s third largest conurbation, located 120 kilometres (75 miles) upriver from Hong Kong and 165 kilometres (100 miles) from Macau. 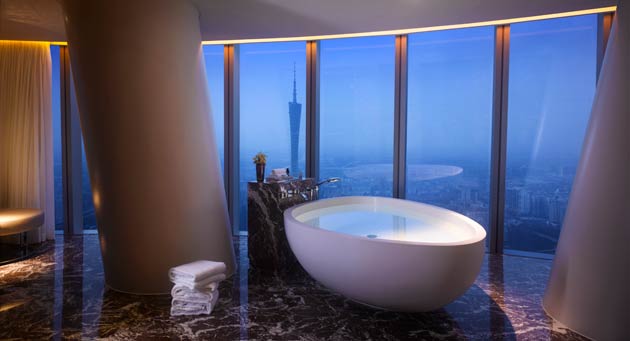 Interior designer, Hirsch Bedner Associates (HBA), worked with the full potential of Wilkinson Eyre’s design. The building’s floor to ceiling windows make for light-filled spaces and create extraordinary panoramic views for the hotel’s stylish restaurants, bars, and guest rooms. The atrium balconies have been sculpted by Wilkinson Eyre, so that when viewed from the atrium, they recall the building’s diamond-shaped steel ‘diagrid’ structure. This is accented at night by futuristic lighting design which artistically illuminates the handrails throughout this area. 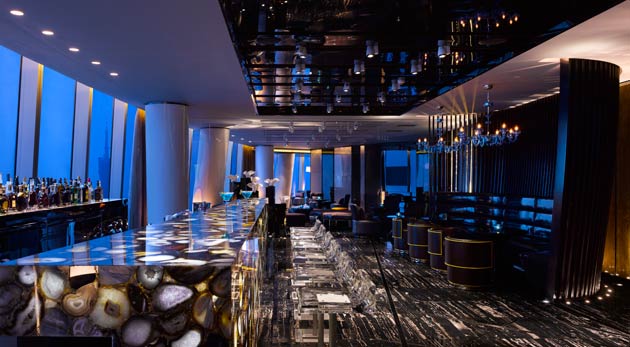 Nowhere is the sense of height more intense than from the 100th floor restaurant and 99th floor bar and Executive Club lounge, with a staircase that is cantilevered over the atrium connecting the two levels. Throughout the hotel, a carefully curated collection of paintings, prints, and sculptures by contemporary international artists enhance HBA’s sleek modern interiors and Wilkinson Eyre’s dramatic architecture.

The property equally offers a fully equipped spa, a 24-hour fitness centre, and an infinity pool which boasts spectacular views of the city below. Guests can admire the surrounding scenery from the 100th floor restaurant and from a range of dining venues which include Japanese (Kumoi), Cantonese (Yu Yue Heen), and seafood (Catch) eateries as well as an Italian café (named Caffe Mundo). Three formal ballrooms give over 3,500 square metres of event space for weddings, social occasions, and conferences. 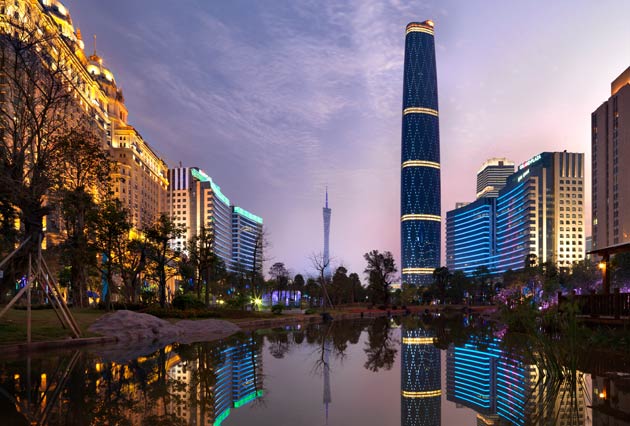