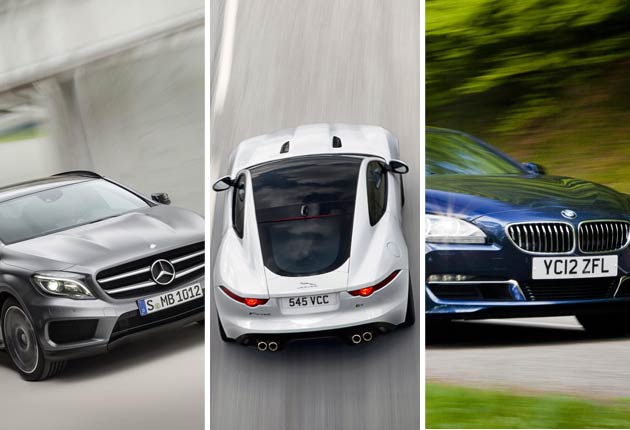 It’s that time of year once again where some of the major motoring manufacturers release sales figures and we have put together a round-up to show the state of the market and who’s doing well.

Volvo Cars
Volvo Cars of North America, LLC, (VCNA) reported U.S. sales of 5,983 units for the month of June. Year-to-date sales are down 10 percent versus the first six months of 2013. Although the result will obviously dissapoint the company, it is safe to say that given the recent Coupe and SUV concepts shown, the brands design team knows exactly what direction the company should be going in and based upon the reaction to these have it exactly right.

The top seller for June was the S60 sports sedan with 2,337 units sold, and the XC60 crossover finished the month right behind with 2,180 units sold. New this year, the V60 sportswagon is in dealerships now and combines the driving dynamics of a luxury sports sedan with the space and utility to support an active lifestyle. Thanks to Volvo’s new Drive-E engine family, the V60 features best-in-class fuel economy, with the T5 Drive-E FWD achieving 37 highway / 25 city / 29 combined mpg. The V60 is also offered with two of Volvo’s existing engines, the V60 T5 AWD and the V60 T6 R-Design AWD.

Mercedes-Benz
Continuing the recent trand, Mercedes-Benz USA (MBUSA) continues to perform fantastically well best-ever June sales volumes of 29,380 across the Mercedes-Benz, Sprinter and smart model lines, up 8.2% from the 27,162 vehicles sold the same month last year. Monthly retails for the Mercedes-Benz brand alone increased 8.6% to 26,506, bringing year-to-date volumes to a milestone 151,624 units. Adding year-to-date sales of 11,483 for Sprinter Vans and 4,647 units at smart, MBUSA delivered the best first-half sales total in its history at 167,754 units.