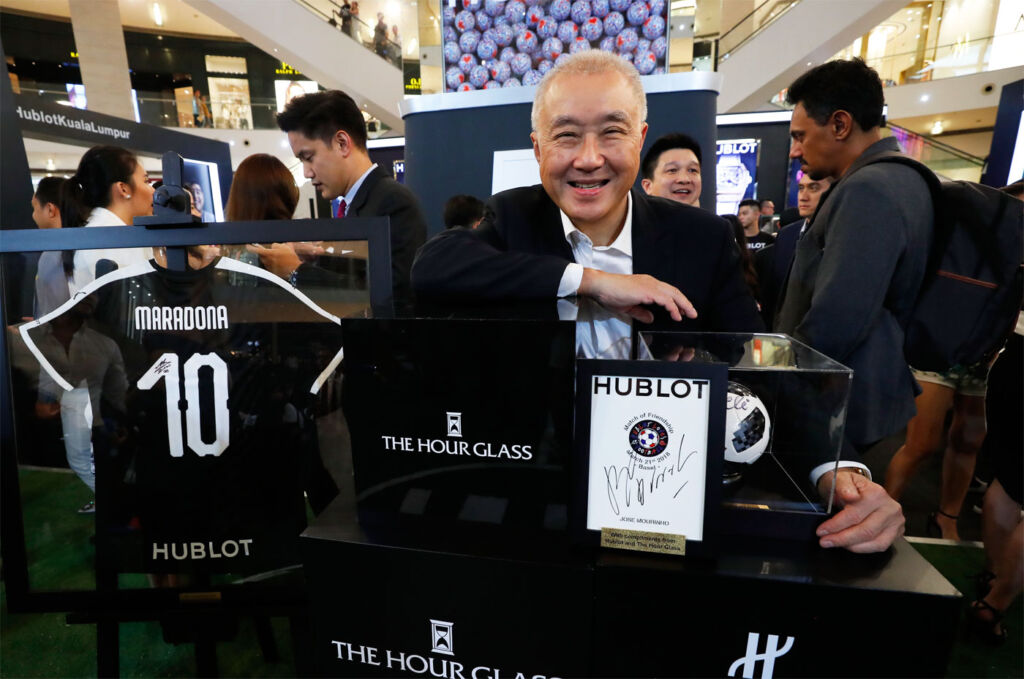 Hublot and The Hour Glass organises a “Match of Friendship” Malaysia Edition to celebrate the 2018 FIFA World Cup Russia as well as to raise funds for two worthwhile children’s charities.

Hublot has got a head start in the game of football because it was the first luxury brand to embrace the game back in 2006 when it sponsored the Swiss National team. Hublot also became the official timekeeper and official watch for UEFA Euro in 2008.

Thanks to Jean-Claude Biver, Chairman of Hublot and President of LVMH Watch Division, Hublot has secured its close alliance with the sport of football. Today, Hublot is the official watch of FIFA and also the official timekeeper for the FIFA World Cup Russia 2018, continuing its association with FIFA, since the last two FIFA World Cups, namely the one in South Africa in 2010 and Brazil in 2014.

This year, Hublot has also organised a “Match of Peace” in Paris and two “Match of Friendship” in Basel and Dubai with superstars of the sporting world such as Usain Bolt, Diego Maradona and José Mourinho as well as Pelé & Marcello Lippi taking part in these fun matches. 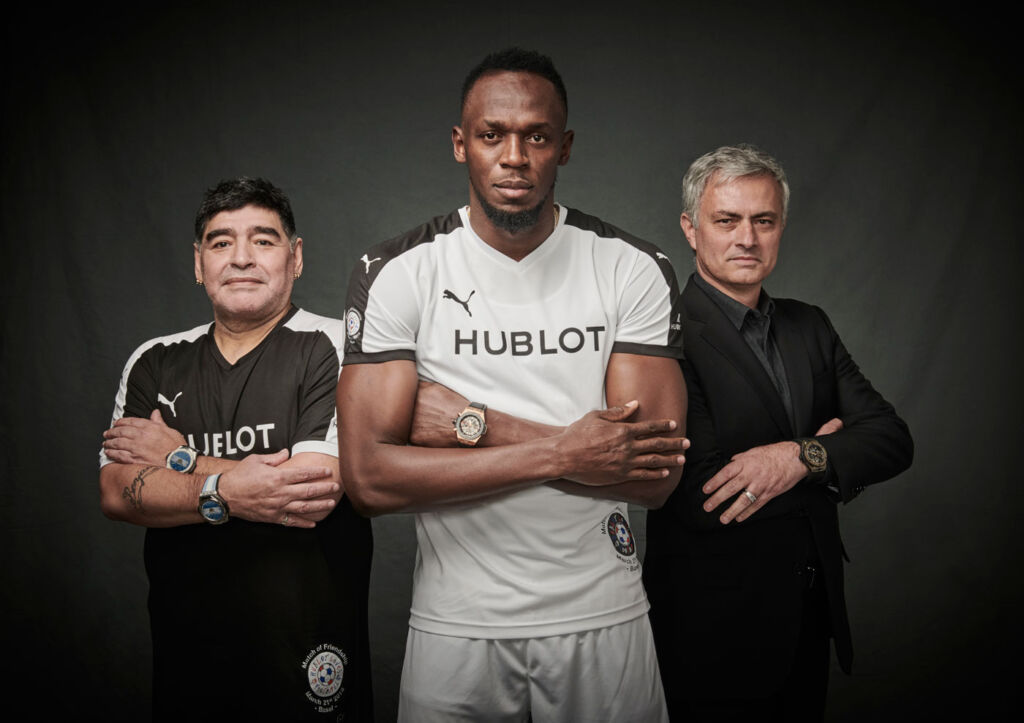 And to commemorate this year’s World Cup, Hublot has produced a watch limited to 2,018 pieces and was released on the market in the market in May this year. Catering to the referees, FIFA expressed a need to create the perfect watch for referees to wear on the pitch while refereeing a football match. 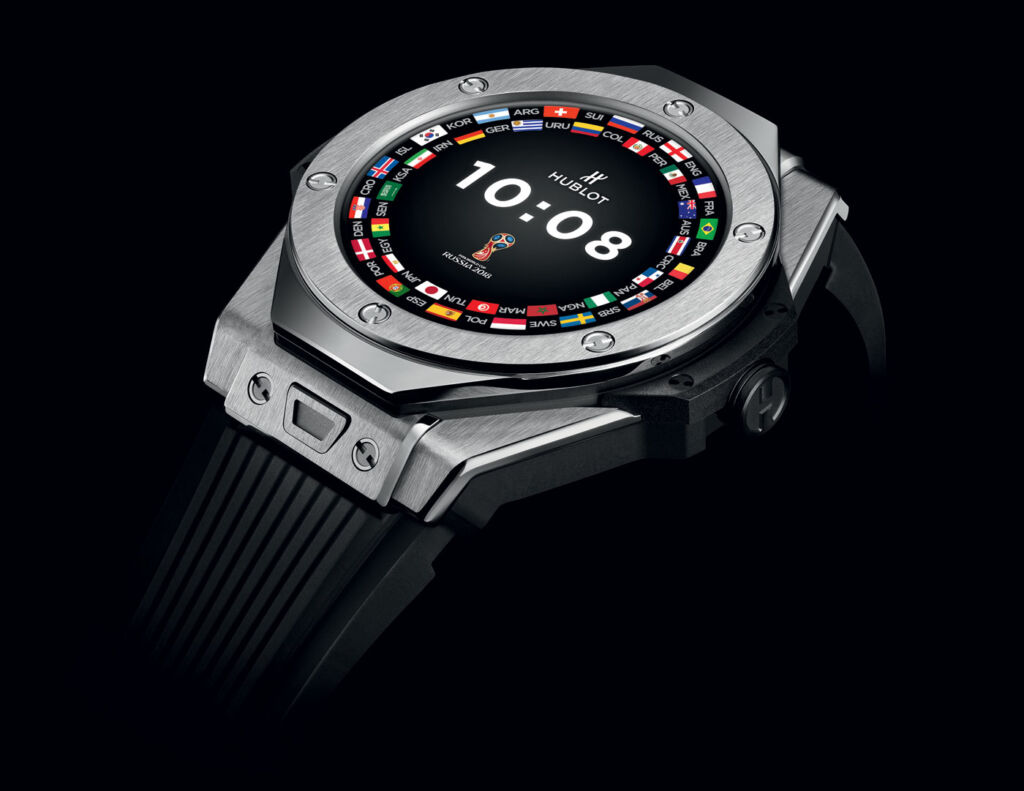 Named the Big Bang Referee 2018 FIFA World Cup Russia, it has all the qualities of the iconic Big Bang and then some. Cased in titanium, its bezel is embellished with 6 H-shaped screws. It is a digital watch and its 49-mm case makes it stand out as does the series of “fan” dials in the colours of each participating nation. Featuring several notifications, the Big Bang Referee 2018 FIFA World Cup Russia announces matches 15 minutes before their kick-off, as well as yellow and red cards, player changes and goals.

The Big Bang Referee 2018 FIFA World Cup Russia vibrates, displaying the word GOAL instantly every time a goal is scored. During the match, the dial shows the match statistics including the score, the number of cards, names of goal-scorers, player substitutions and match time.

There are 32 dials inspired by flags of the participating nations as well as two neutral dials. Available in digital or analogue versions, there are two straps which can be interchanged. Benefiting from the Android living ecosystem, the Big Bang Referee 2018 FIFA World Cup Russia has thousands of downloadable applications in addition to its competition functions. In terms of synchronisation, the Big Bang Referee 2018 FIFA World Cup Russia is compatible with all telephones using Android 4.4 and above or iOS 9 and above. For charging, the watch just needs to be placed on a contact charger. 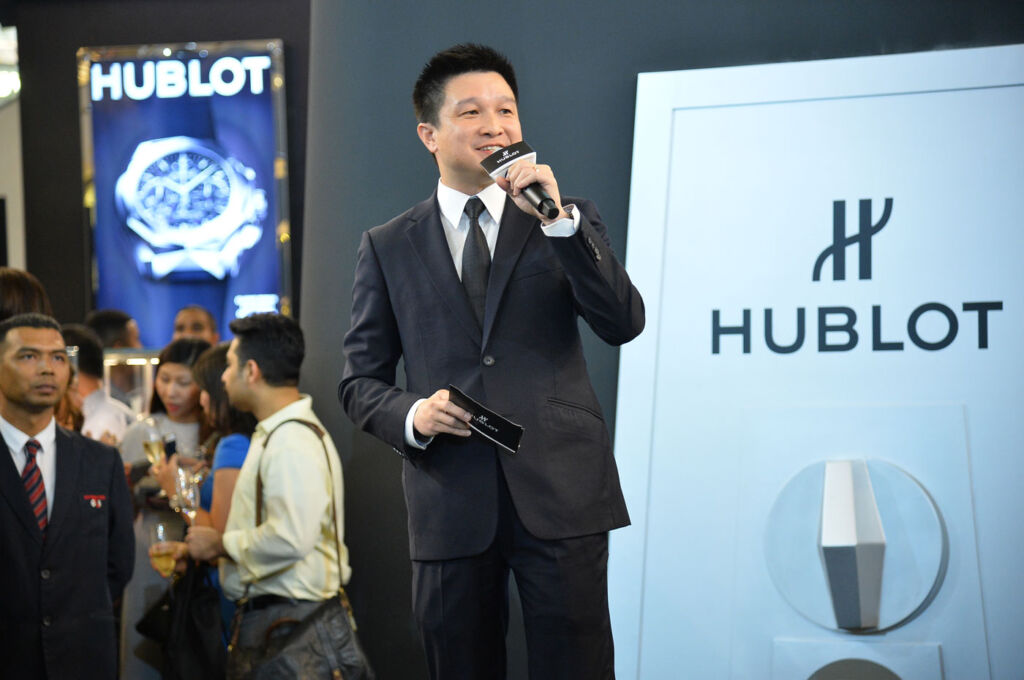 Speaking about the ‘Match of Friendship’ Malaysia Edition, General Manager of The Hour Glass, Mr. SK Teh said, “Football is a great way to bring people together and it is more than just a game. Whether it is on the pitch or in the stands, there is a sense of unity. We hope that this event will do just that, whilst at the same time having some fun along the way and make a real difference to children’s lives”. 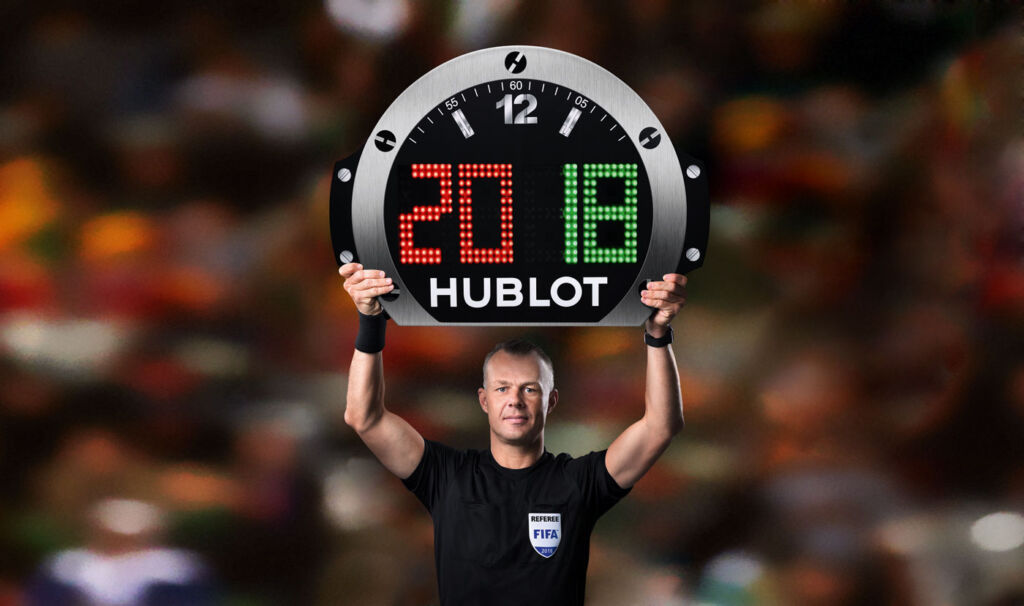