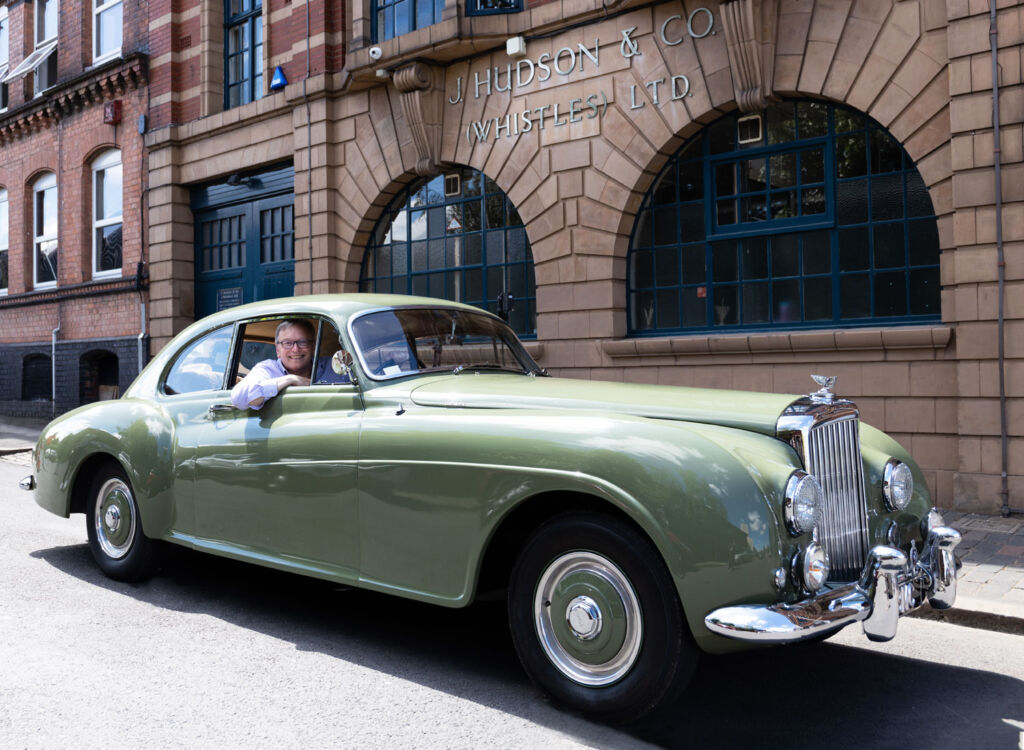 An original 1954 Bentley R Type Continental saloon that belonged to the former owner of ACME Whistles, Leon Hudson, has been tracked down and made its way all the way back home to Birmingham from New Zealand 67 years on!

During its production from June 1952 to May 1955, just 208 Bentley R Type Continental saloons were made, making it a rare and sought-after piece of auto history. Following a meticulous restoration back to its original condition by Pride and Joy Classic Cars on behalf of its current owner, Ian Owen, this rare car came full circle back to Barr Street in Birmingham to its original owners’ home at ACME Whistles.

Once the fastest production car on the road with a top speed of 120 mph, and a cruising speed of 100mph, the 1954 Bentley R Type Continental would go from 0-60 mph in 13.5 seconds. First registered to Leon in 1954, the R Type Bentley Continental housed a 4.5L engine and would have been a real head-turner on the roads of Birmingham in the late ’50s. 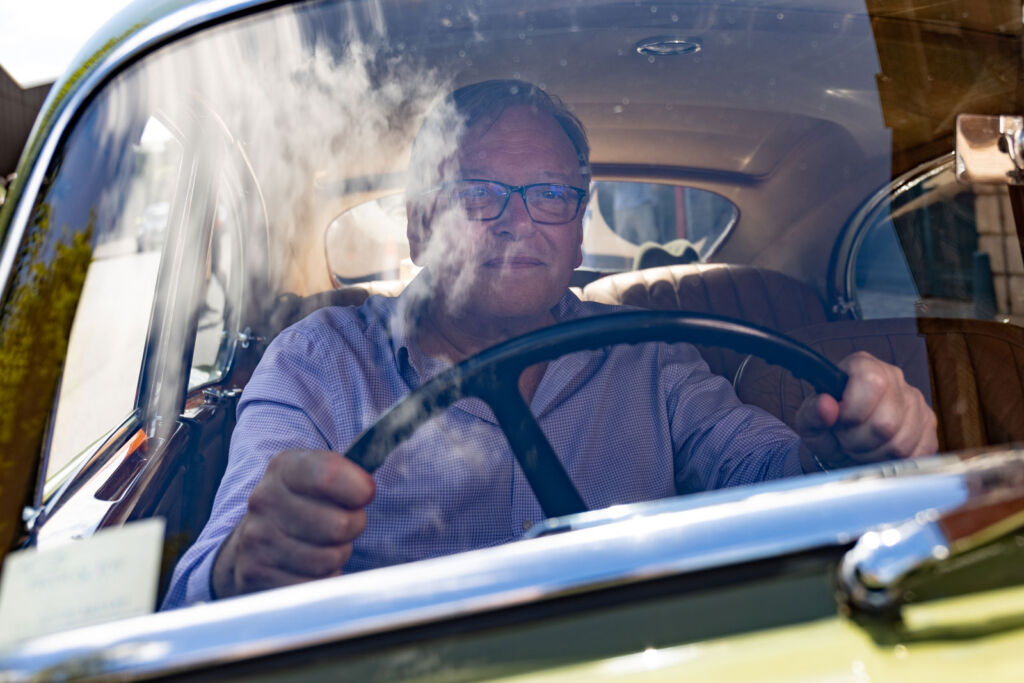 Originally costing around £8460, the equivalent of two or three houses, this car was fitted with a raft of extra features at the request of its owner. The current managing director of ACME Whistles, the world’s leading whistle manufacturer, Simon Topman, explained, “Leon was a huge gadget fan, so the car was fitted with everything from a compass to an altimeter, no doubt fitted for his adventures across Europe.

Leon loved to travel, which would have accounted for the majority of his mileage. In Birmingham, he lived just two miles from the factory, and his two favourite haunts included his bowling club, which was on the next street, and a gentleman’s club just around the corner from the factory itself. I’d have been surprised if he’d have driven more than 20 or 30 miles a week in the car when he was at home.”

Records show that Leon notched up around 10,000 miles a year, almost certainly due to his three-month a year holiday stints in Europe. He was a gregarious, outgoing character who would enjoy going into the Alps, Bavaria, across the South of France and into Spain. 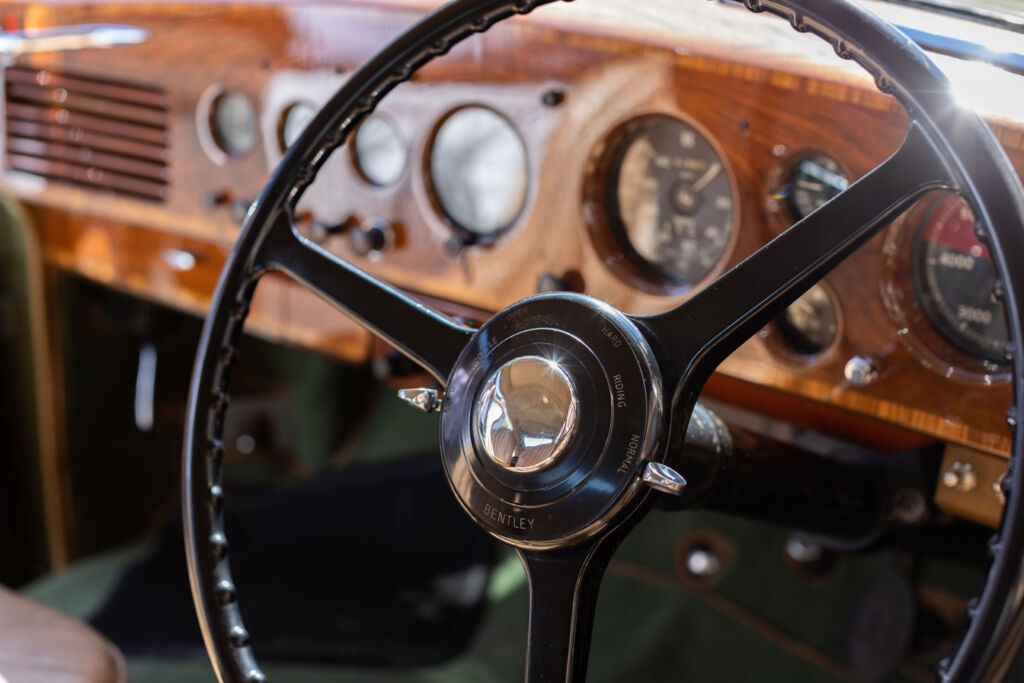 After leaving Leon, the car remained in the UK until a collector in New Zealand bought it, shipping it around the world, where it spent about 40 years before returning to the UK in 2013. Now that it has been meticulously refurbished and maintained, the car is now valued at £700,000.

The Bentley’s original owner, Leon Hudson, took over the family-owned ACME Whistles on Barr Street in Birmingham from his father, Clifford Hudson, in 1945. When he took over, the business was booming with limited competition and post-war demand. Leon wasn’t a natural engineer like his father and grandfather before him. 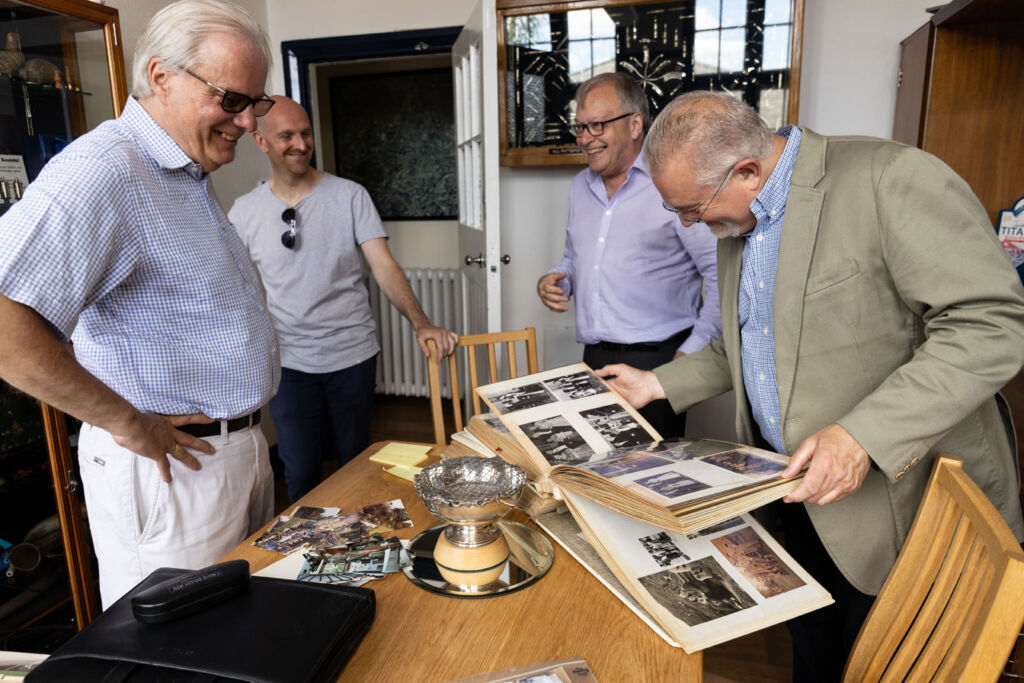 However, he had to overcome the challenge of finding enough skilled labour. Leon’s solution came directly from his passion for cars, where he brought in new processes and manufacturing techniques taken directly from the automotive industry. Over the coming years, everything from new soldering techniques to the introduction of injection plastic moulding allowed the business to expand output even with less staff. 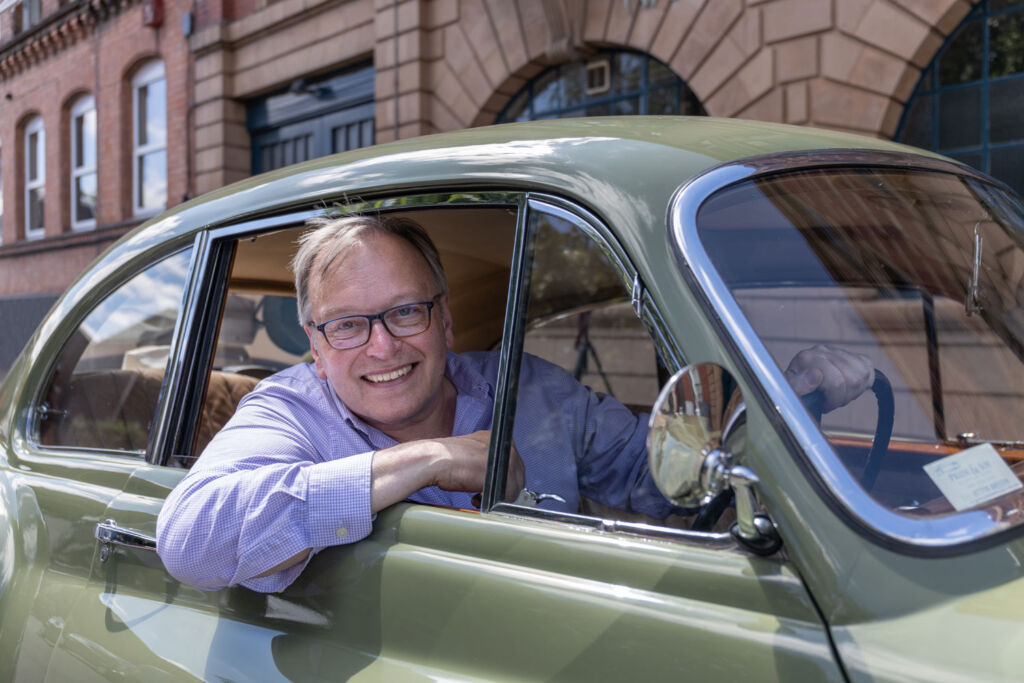 Simon Topman added, “Leon’s car coming back the factory is like a personal visit from a figure from our past, even though it’s his car, not him in person. As a business, we have constant reminders of our rich 150-year history, which has seen constant innovation in the design and manufacture of whistles – a heritage that continues to inspire us today.”

Leon’s Bently returned home to Birmingham as part of a photoshoot for Rolls-Royce & Bentley Driver magazine.