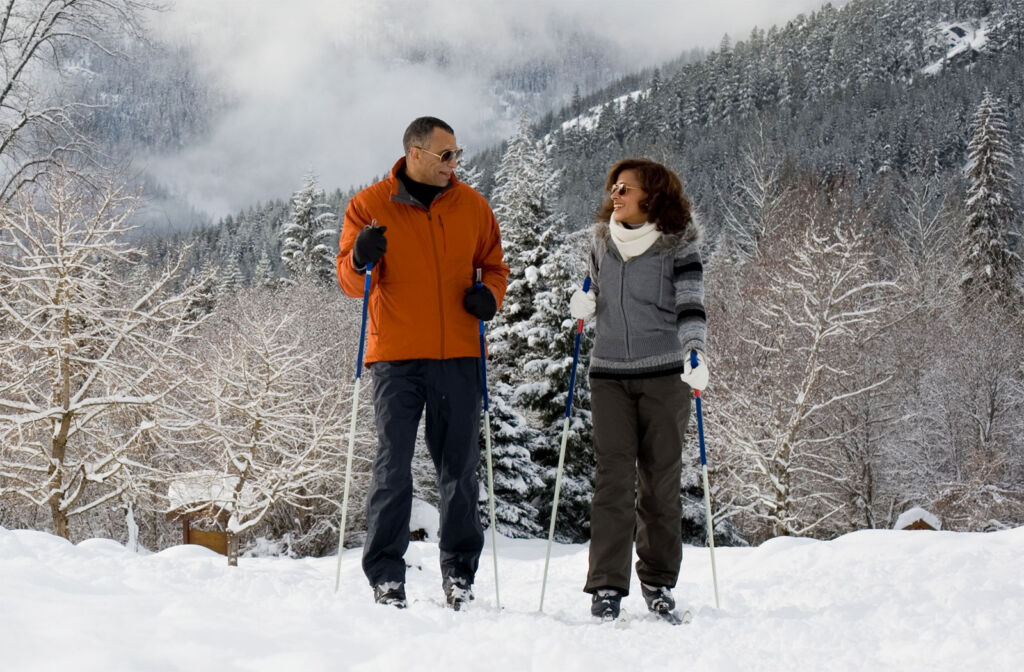 If you want to head out onto the ski slopes and don’t want to break the bank, new research shows that Eastern Europe is the place to go to, with Hungary, followed by Ukraine and Bulgaria topping the list of cheapest places to ski in Europe.

When most people think of skiing in Europe, Switzerland, Italy, Austria, and France are usually the first countries that come to mind. However, people heading to those places might be missing a ‘trick’ as according to new research by LuxuryHotel.com, it’s the eastern European countries that offer the best value for money when it comes to a skiing holiday.

To determine which countries ranked where LuxuryHotel.com studied accommodation and travel costs for skiing destinations across Europe, and the country sitting at the top of the list is Hungary.

Skiing in Hungary
Hungary is well known for its fantastic city breaks with Budapest and Debrecen, attracting much of its tourist traffic each year. Most people probably don’t know too much about its ski offerings and, more importantly, that it’s the cheapest country in Europe to go skiing.

A trip to one of its many resorts costs on average £69 for travel from London and one night’s stay in a three-star hotel – less than half the cost of a similar experience in the Alps. One of the country’s most popular skiing resorts is Eplény, home to Hungary’s longest ski slope and over four kilometres of ski facilities. 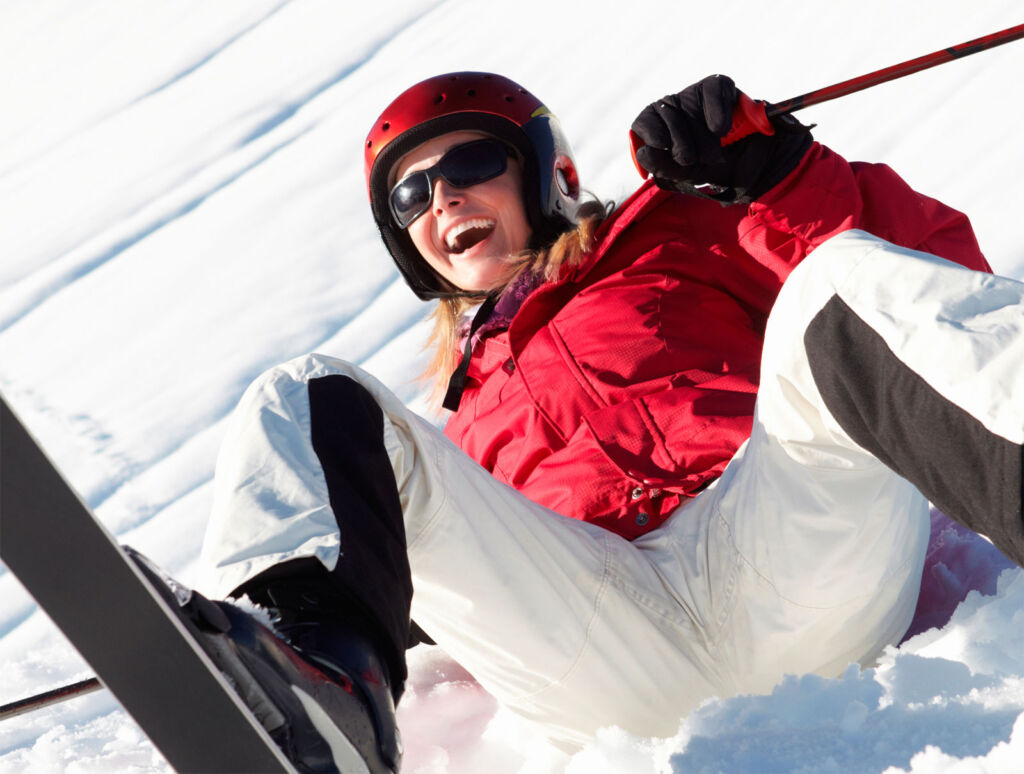 Skiing in Ukraine
In second place is Ukraine, with a skiing trip to the Eastern European country costing around £73 per person for a return trip and one night in a hotel. While it may not be a well-known destination for winter sports, there are more than 40 ski areas in the country with more than 185 kilometres of ski slopes across the whole nation. It is home to Bukovel, the largest ski resort in Eastern Europe that hosts more than one million visitors each winter.

Skiing in Bulgaria
Bulgaria sits in third place on the list, with travel and accommodation costs adding up to £74 on average. It is the cheapest country on the list for accommodation, with a three-star hotel at one of the country’s skiing locations costing an average of £34 per day. One of the best places to head to is Borovets, located near the capital of Sofia. It is the country’s oldest ski resort, dating back to 1896, and lies on the outskirts of the Rila mountains. 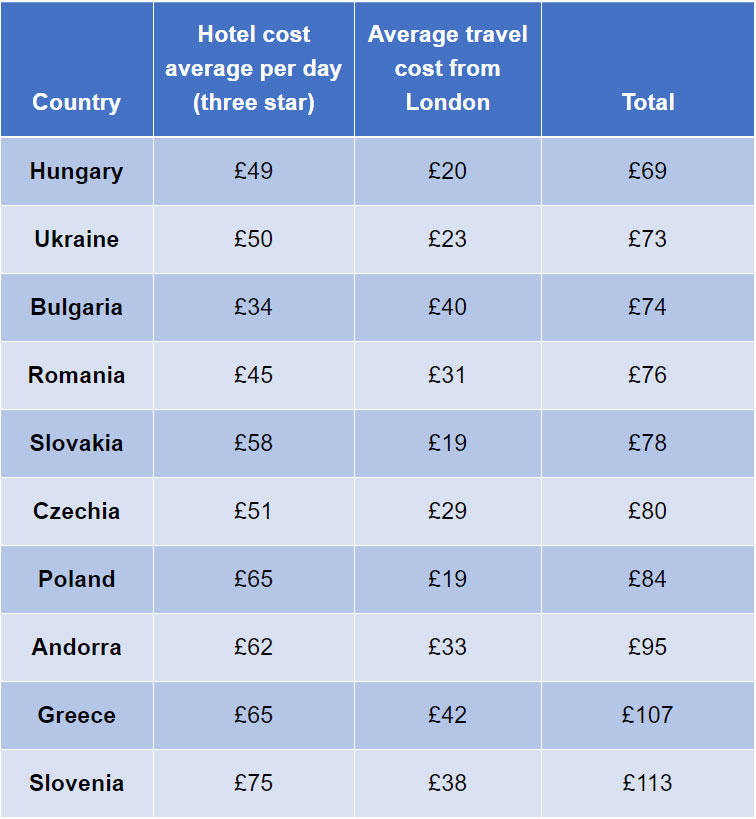 Other notable mentions
Romania falls just outside the top three, with a winter trip costing on average around £76 per person. Although skiing culture is not as prevalent as some other countries on the list, Romania still offers an affordable winter sports experience with many resorts to visit. Sinaia is one of the most popular regions and has more than 20 kilometres of ski slopes.

Astonishingly, Greece also makes the top ten list, which will surprise many as it’s better known as one of Europe’s most popular summer destinations. The main reason it appears o the list is 80% of the country is mountainous. In the winter months, it transforms into one of the Mediterranean’s prime skiing hotspots, and a skiing trip to the country would cost on average around £107.

If you want to shock your friends by telling them you’re going to Greece for some skiing, we’d recommend looking into Arachova, one of the nation’s most popular resorts, located close to the ancient city of Athens.

A spokesperson from LuxuryHotel.com commented on the findings, saying, “With many people eager to go abroad following the COVID-19 pandemic, it’s great to see that many affordable and exciting getaways are still available. With lots of countries in the list slowly relaxing restrictions, it’s clear that these skiing hotspots will be popular throughout the winter period this year.”