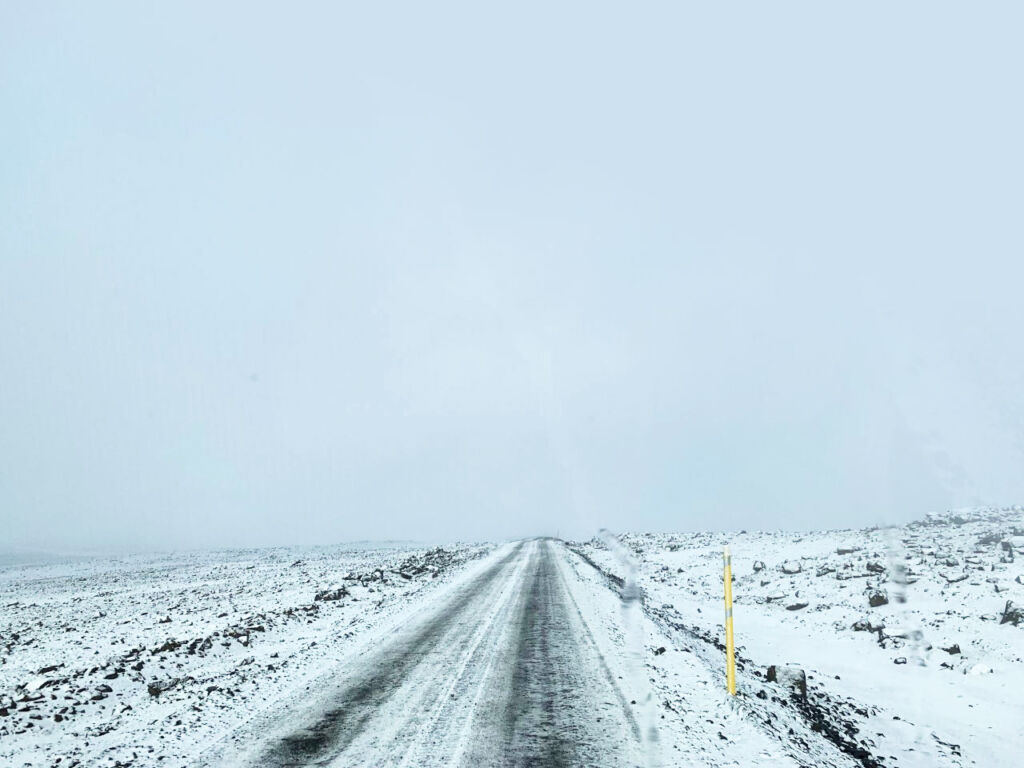 Bessi told us over lunch that our next point of call would be the Langjökull glacier, but it would be somewhere that he had never been to. For a resident Icelandic who knew this area back to front, and who had already been to the glacier several times, this was a little intriguing.

For a bit of background, Langjökull glacier, which translates as “long glacier”, stretches across 361 square miles (935 square kilometres), and is the second-largest ice cap in Iceland after Vatnajökull, where the thickest volume of ice reaches a depth of around 580 metres (1,903 feet).

The hour’s journey from Friðheimar was an adventure in itself. Regaled with some Icelandic music, and stories from Bessi’s rather perilous search and rescue days, you drive on the main road past the Gullfoss waterfall, which I will come on to a bit later, and a few kilometres down the road, the tarmac abruptly ends, and the gravel starts.

This is the point at which, in a normal road car, you would have second thoughts and swiftly turn around, but for Bessi, this is just another day in the office for him and his highly capable Land Rover.

Lowering the pressure in the huge 44-inch American-made Dick Cepek tyres to around six psi (from 31), to effectively act as added suspension, the undulating track wound its way through the Highlands, a sparsely inhabited plateau, where we encountered driving rain, thick fog and snow. Nevertheless, Bessi continually reassured us that these patches of weather were in exactly the right place, so as to deliver the perfect conditions at our destination.

How right he was that we had won the weather lottery – as poor visibility gave way to blue skies and bright sunshine, and as gravel turned to snow and ice, we were rewarded with a spectacular view of the vast expanse of the Langjökull glacier, peppered only by mountains, emergency trailers packed with first aid kit and the odd group riding snowmobiles.

With the tyre pressure reduced further to just four psi, we made our way down a steep rocky track, and on to the “ice road”. Bessi reaffirmed to us how dangerous driving on to a glacier is, as it is essentially a moving force of nature and packed full of deep crevices and moraines (accumulations of dirt and rocks), where any wrong move off the marked out route would likely give you no chance of survival.

Climbing up to 880 metres above sea level, whilst admiring the most spectacular vista, Bessi’s surprise was revealed – the world’s first glacier bar, courtesy of Iceland’s Rekya Vodka, which uses the pure water from Langjökull as its base.

Attaching crampons to our snow boots, due to having to walk on a light dusting of snow and solid ice, we relaxed at the pop-up wooden lodge, where free cocktails were available for only five days to the brand’s competition winners, and to the few who had the ability to reach this incredible destination.