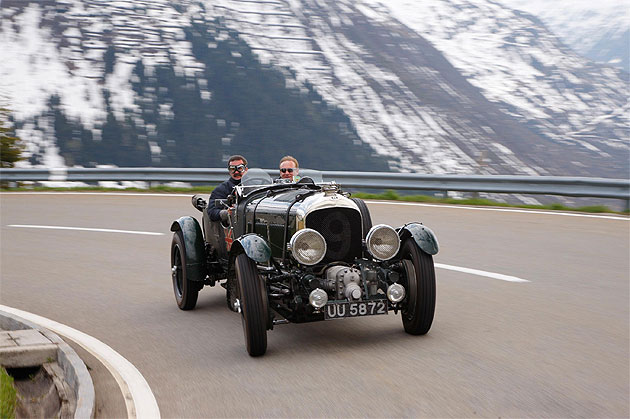 W.O. Bentley’s gift for creating cars that combined the speed of a thoroughbred racing machine with an enviable reputation for strength and comfort, allowing them to effortlessly cover hundreds of miles, is set to be underlined once again at the 2012 Mille Miglia when two 4½ litre Bentley Blowers take on the classic 1,000 mile endurance test.

Despite having a combined age of over 160 years, the Bentley Blowers are showing no signs of slowing down. The 4½ litre Supercharged ‘Birkin Blower’ – raced extensively by the legendary Le Mans winner and Bentley Boy Tim Birkin – has already successfully completed the Mille Miglia in 2005 and 2011.

The Birkin’s companion car is one of 50 Blowers built for road use and still appears at Bentley events around the world. It started life in 1930 as one of the company’s first showroom demonstrators and is still performing its fair share of ‘test drives’ eight decades later. Rolf Frech, Bentley’s Member of the Board for Engineering, who is leading the Bentley team at the Mille Miglia comments:

“It is a privilege for the team to drive these remarkable cars at the Mille Miglia as they embody so many of the qualities that set Bentley apart from other marques and W.O. Bentley’s brilliance as an engineer. We look forward to driving another thousand miles and setting a decent pace in the true Bentley tradition.”

A 1954 company-owned R-Type Continental has also made the journey from England to Italy. Widely regarded as one of the most elegant cars to have sported Bentley’s distinctive ‘Winged B’ emblem, the R-Type was also the world’s fastest four seat luxury saloon when it was launched in 1952 (delivering a top speed of 115mph) and this year marks the car’s 60th Anniversary. 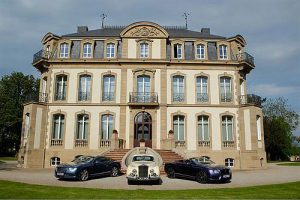 The best of Bentley’s motoring past will be accompanied across Italy by two modern Crewe-built cars – the 6.0 litre W12 Continental GT coupe and the recently launched 4.0 litre V8 GTC convertible –  which are playing a pivotal role in cementing Bentley’s position as one of the world’s leading luxury carmakers.

Combining exhilarating levels of performance with all the advantages of a highly sophisticated all-wheel drive system as well as luxurious, handcrafted cabins, today’s Bentley Continentals uphold the marque’s reputation for building cars that can cover great distances quickly and with supreme ease.

Combined with a new close-ratio 8-speed automatic transmission, this translates into a 0-60 mph sprint time of 4.7 seconds for the GTC convertible and a top speed of 187 mph (303 km/h). At the same time, the new V8 achieves outstanding levels of fuel efficiency and CO2 emissions for the luxury sector and is capable of travelling over 500 miles (800 km) on a single tank of fuel.