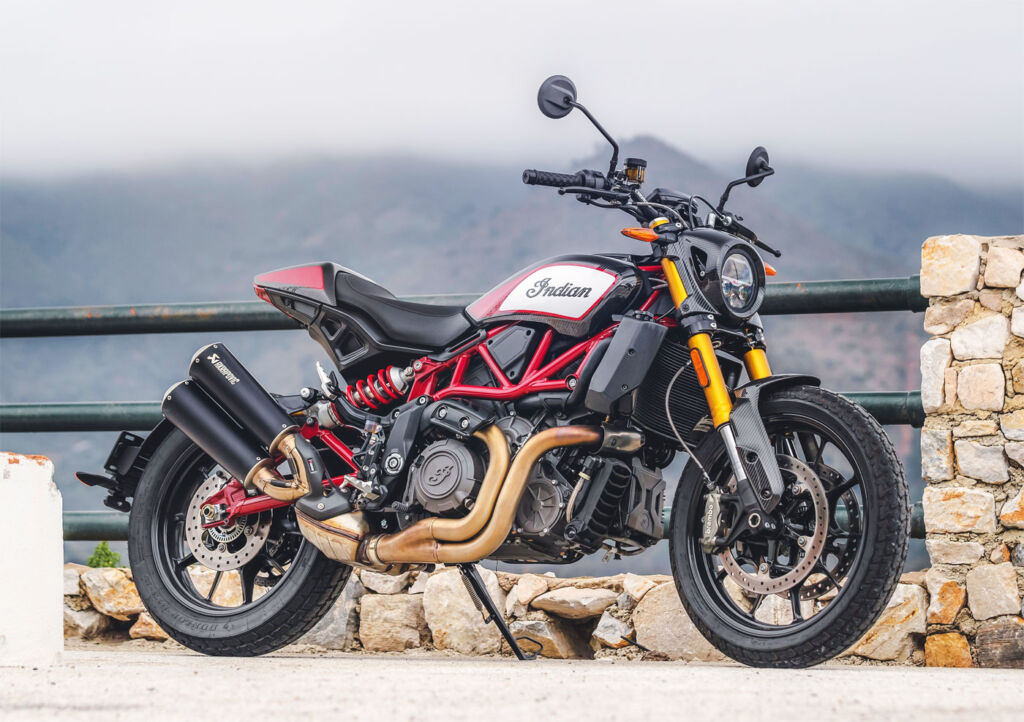 Cruising on the B-roads around the Cotswolds on an Indian Motorcycle FTR 1200 Carbon has to be one of the best riding experiences I have had.

Forget reviewing bikes on Motor Racing Circuits where only a small percentage of riders will ever take their bikes. Accurate testing comes from everyday riding, along with gaining opinions from members of the public and riding the Carbon certainly opens you up to conversation.

I am one of a select few who have generously been handed the keys to an Indian FTR 1200 Carbon to review. A machine I have been itching to get on since its launch. The bike is born from history, by this I mean Indian Motorcycle’s involvement in Flat Track Racing in America. Hence FTR for the 1200cc machine a gorgeous modern bike, available in a selection of models including the Carbon. 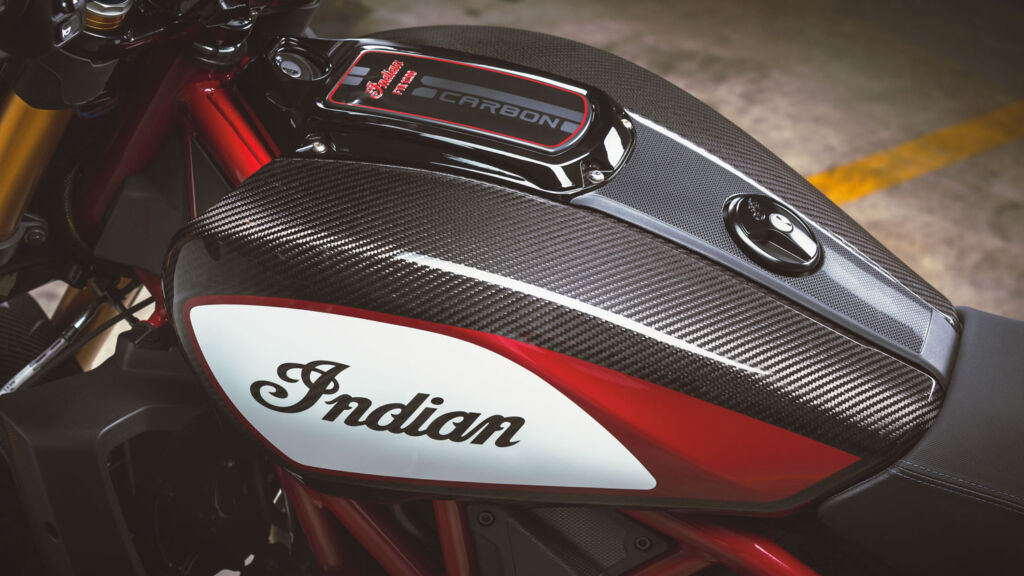 Flat track racing was formed over a century ago with its origins on the dry flatlands in North America. Since motorcycles were first made, riders wanted them to go faster, and then they wanted to race them in any way they could. A simple and inexpensive way was to take your road bike and race it off-road on dirt.

Groups of men gathered on farmland and flattened a dry area then decided to make a circuit rather than straight racing. The oval track formed and Flat Track Racing was born.

The sport of Flat Track Racing started in the USA and was then adopted here in Britain. Indian Motorcycle has a proud history with Flat Tracking, and it is this which has inspired the new range of FTR 1200 bikes from the American company.

Indian Motorcycle UK commits to Flat Track Racing in the UK. The brand sponsors an FT racing series, along with four riders supplying bikes for them to use. One of these riders is Leah Toklove. In 2018 Leah was offered a prestigious ‘scholarship’ by Indian Motorcycle, to ride the legendary Scout Sixty Hooligan bike in the DTRA Hooligan Championship. 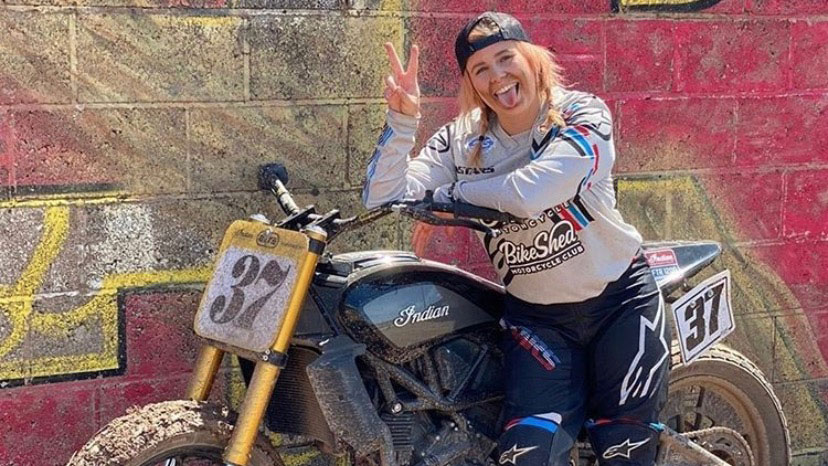 Leah stormed the 2019 season with multiple podium finishes, ending up fourth overall in the Championship. It was topped only by winning the Super Hooligan class at the El Rollo flat track race at Wheels and Waves, Biarritz.

The Indian FTR 1200 Carbon is a naked street bike with lots of charisma and attitude. All the power you need for the style of riding it offers, which is upright, exposed to the wind. Although when progressing more rapidly, it is comfortable to get your head down, bending over the tank to streamline preventing buffering from airflow.

The FTR 1200 Carbon is a bike for the journey more than the destination. You can push it, but the pleasure comes in cruising along. I found this out as soon as I pulled away from Krazy Horse Farm House near Chipping Norton, where I collected the Carbon.

The power comes through smoothly, quickly getting the bike to National Speed limits. The Carbon was in Road mode, which is a less aggressive delivery compared to Sport.

I used the Rain selection on the part of, the journey home when the weather changed, drenching me with forty miles to go. I kept TC on until I got used to riding the FTR as the Indian PR told me about a few of the quirks the bike has on FT tyres, which did make the trip down south lively. An experience you don’t feel much on modern bikes with all their control measures.

The FTR 1200 Carbon’s riding position allows you to corner quickly with good vision and move in traffic easily when in towns. The bike feels light, losing pounds with the Carbon components in place. 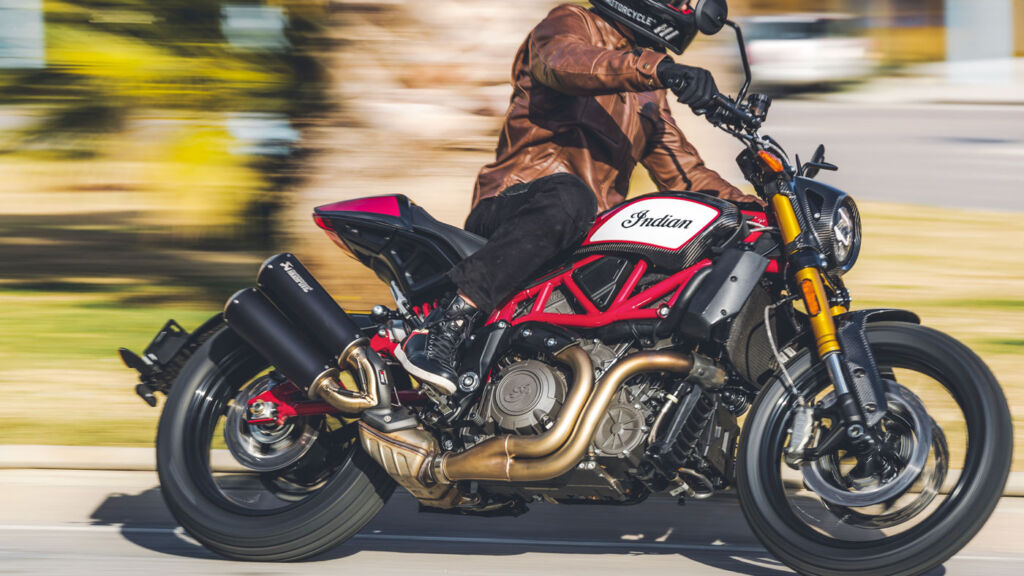 Mike Dougherty, President of Indian Motorcycle, said: “For the discerning rider, the FTR Carbon offers a collectable motorcycle with the highest level of finish and raises the bar for American motorcycles once again.”

After riding it for a week, I echo his comment “Delivering the finest riding experience, and with the carbon accents enhancing the unique FTR styling, the FTR Carbon is sure to draw admiring looks anywhere you ride.”

Riding the Indian FTR 1200 Carbon gave me the perfect opportunity to wear my Bull-It hoodie and jeans, which have built-in protection in specific areas. The jeans have hip and knee protectors which are easily removable to allow for washing.

To look at no one would know these protectors are inserted, a stylish design combined with a great fit. Equally well made and fashionable is the hoodie with shoulder, elbow and back protection. It is quality, keeping me warm and dry when I encountered the typical British weather, wet and windy. 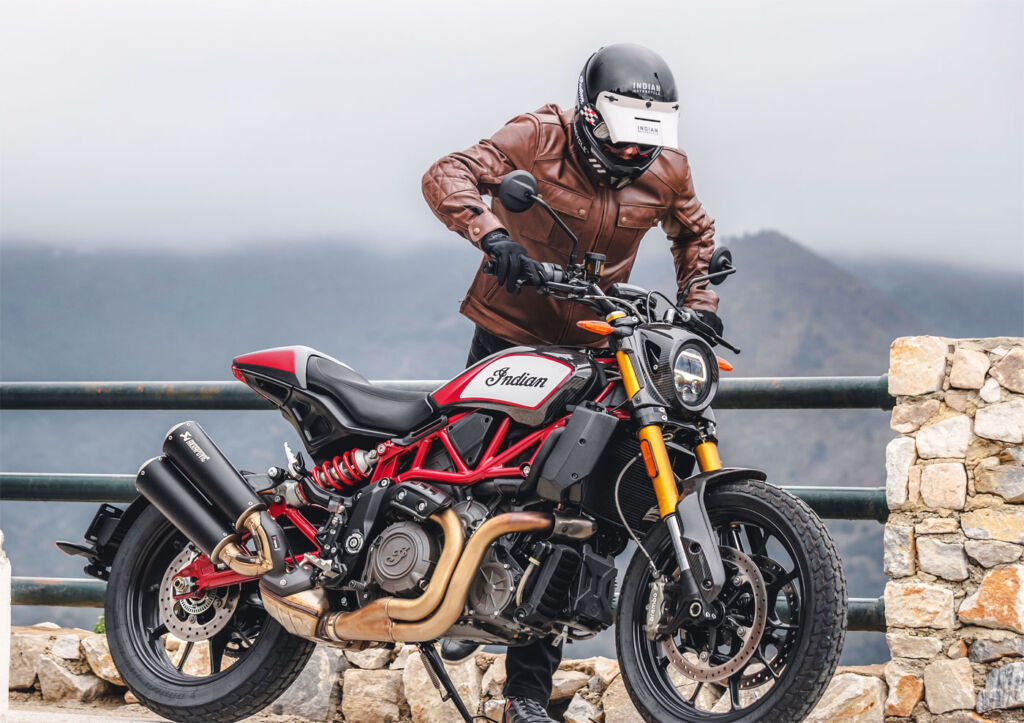 The Indian FTR 1200 Carbon is an absolute delight to ride; it would be a pleasure to own one. I loved the looks it got and the conversations it starts. My week on it went too quickly, but I have been told I can get on another FTR version soon until then I will have the memories and lots of images.

Prices Start for the Indian FTR 1200 Carbon start at £14,700 but dealers are offering some incredible deals. For more information, visit www.indianmotorcycle.co.uk.