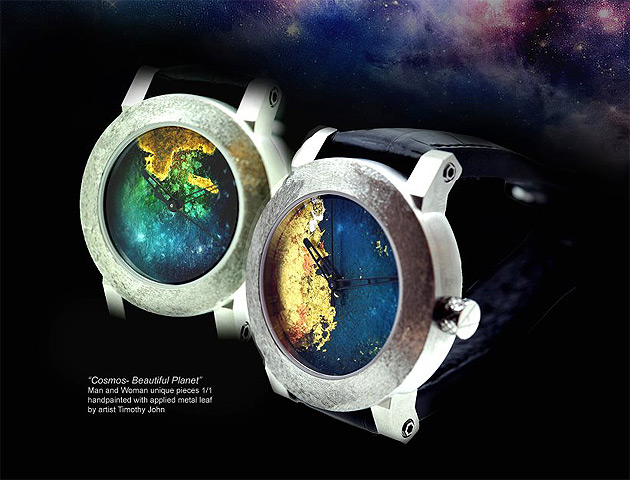 The Art of Time

Australian artist Timothy John, is not just a painter, not just a sculptor, printmaker or even a draftsman, he is all those things, but first and foremost, he is a creative thinker and most importantly he is someone unable to let a creative opportunity pass him by.

With a deep love and passion for watches, Timothy was in seventh heaven when watch making genius and owner of ArtyA Watches Yvan Arpa gave the artist the opportunity of creating 2 hand painted dials, one Man’s and one Woman’s (or to be politically correct, one large and one slightly smaller) for 2 unique watches, titled, “Cosmos-Beautiful Planet”.

I have long known of Yvan’s history within the world of Haute Horology, and when he created ArtyA Watches featuring the wonderful artwork of his wife Dominique I took the opportunity to reach out to him, it was then that the idea for the creation of the two “Cosmos-Beautiful Planet” dials was born”

Used to working on large scale canvases (most recently a commission of 10 large artworks for the Abu Dhabi Commercial Bank) the transition to painting on such a small scale as the watch dials was a real challenge for John, but one that he accepted with pleasure and excitement. 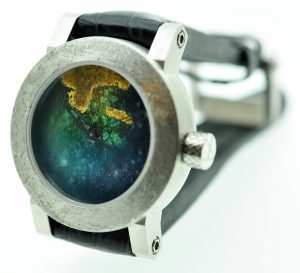 Confronting these small metal discs initially was very daunting…even scary, usually it is the fear of the large blank canvas that I face, this was different, I was not only challenged by the size scale of the work, but I also felt the weight of creating something for someone, Yvan who I really admire and hold in high esteem. I had the blank dials in my possession for about a week, holding them, looking at them and trying to get my head around the task (albeit a pleasurable one) I faced. Seeing my trepidation and uncertainty as to how I should begin the project, my beautiful partner, Lorraine, said in a very calm tone…

Don’t worry about the size, just paint like you usually do.

So that is what I did, I narrowed my vision down, focusing in tightly, eliminating all visual and mental distractions. In my mind the dials seemed to grow in size, and I painted as I normally do, from the heart without fear of failure. 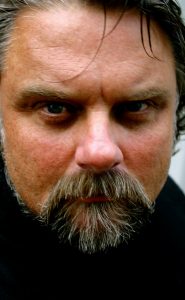 LM: When asked about the inspiration and subject matter for the dials, John said:

TJ: I had the idea to paint the universe, I thought it was a clever idea, to try to confine that vast space into such a small surface and wear it on your wrist! …Maybe it was too clever? It was very frustrating trying to get the feel I wanted, but soon the frustration ended and everything clicked and fell into place and I got there, it was a wonderful journey of artistic growth, and I had an enormous sense of achievement and pride at the completion of the project.

The paintings on the dials are abstracted views looking down through space to Earth, that is how I see them anyway, I don’t mind if people only see them as beautiful colours. As long as they bring joy then I have achieved what I set out to do.”

LM: Will there be any more project collaborations with ArtyA?:

TJ: I really hope so, I have an idea for at least 4 more dials, which I think would be great, but of course it is up to Yvan to give the go ahead. I guess we will see how the public receives the 2 “Beautiful Planet” dials, but I would jump at the chance to work on anything that Yvan was involved with, he truly is a man of unique vision.

LM: I asked Timothy if there were any more interesting projects on the horizon for him:

TJ: Well, I have recently hand painted 2 pens for EDELBERG PENS of Switzerland, which was another test for me, not only again on the matter of size / scale, but also painting on the curved surface of the barrel and cap, it was interesting to say the least, and then there was added technical challenges with the choice of suitable mediums to use, it was a very steep learning curve for me, but one that I thoroughly enjoyed, and I was very happy with the results. The pens have not been assembled yet as we are experimenting with the final protective coating, this is being done at the EDELBERG laboratory/factory in Zug and hopefully they will be released in the next month or so.”

As for other projects? I am continually working in the studio painting, I have been focusing mainly on private and corporate commissions over the past 8 or so years, but lately I have been thinking more and more about exhibiting again, so who knows what the future holds?” 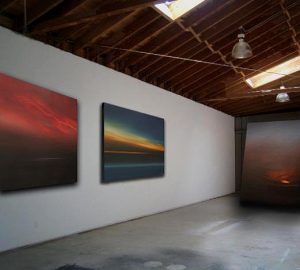 LM: What are you painting in the studio now?

TJ: At the moment, I am working on a few things, a new series of canvases with a working title of “Nuages” which has been inspired by the music of Claude Debussy, I have completed about 12 or so small canvases, which will be studies for much larger works.

I am also working on a series of small still life pieces, paintings of simple white bowls, which I started about a month ago, these were intended purely to re-focus and get the discipline of painting more ‘structured’ pieces which is a necessary ingredient in painting these still life forms. There is a real meditative quality and discipline to looking into, at, and around, a simple white bowl or cup, and trying to capture it.

LM: John turns 54 later this year, so I asked, if there were any projects he was particularly keen to explore?

TJ: I am lucky to have reached a point in life where I am free to travel whatever creative path I desire, it really is a joy, I am truly blessed. I guess if I had to choose a particular project, it would be to exhibit my works alongside beautiful watches, it has long been a dream of mine. My paintings often deal with the romantic visual expression of the passing of time, and I think an exhibition of my paintings and watches would be wonderful, I mean so many watch collectors also appreciate and collect fine art, that an exhibition such as this seems a match made in heaven. Other than that, I will continue to do what I do, and do it to the best of my ability, I will continue to satisfy my creative spirit in whatever way possible. Life is good and keeps getting better. 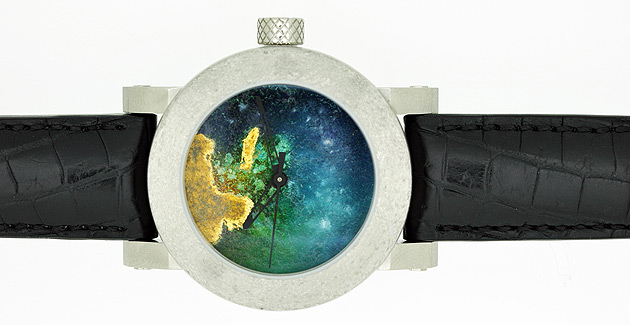