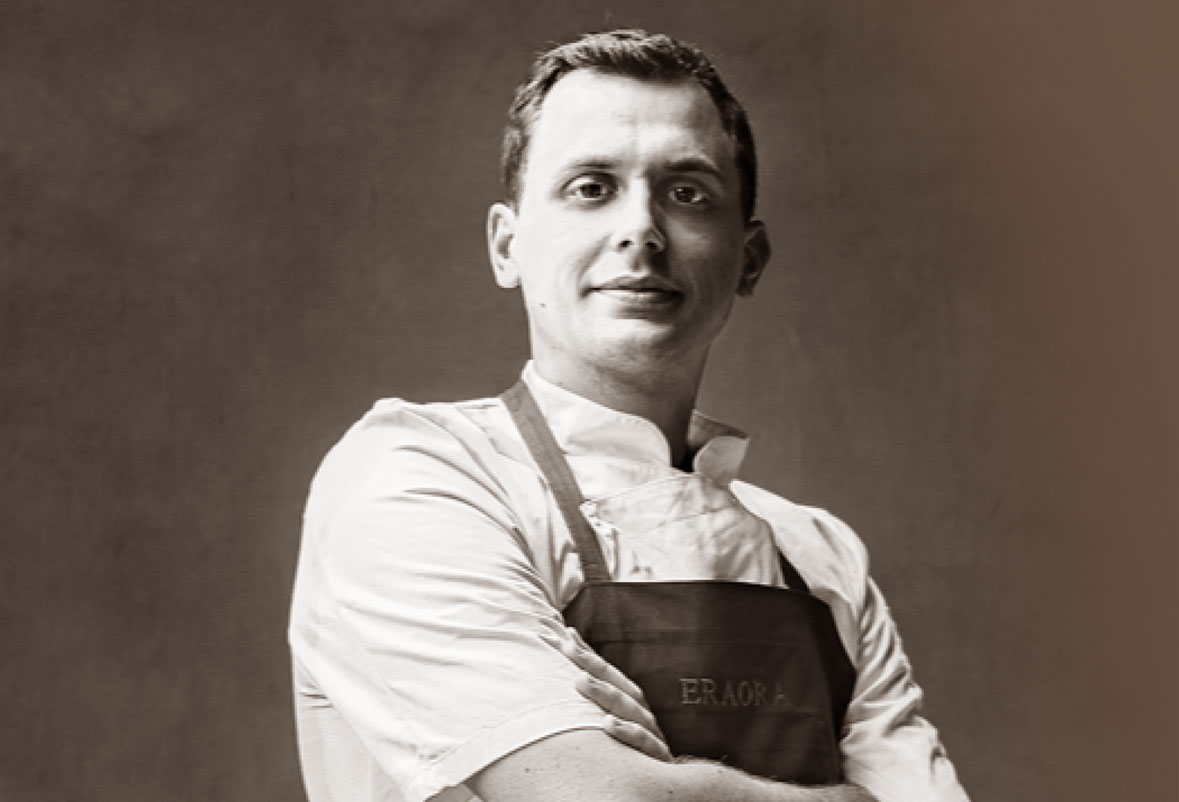 Opened in 1983, Era Ora is known amongst critics as one of the finest Italian restaurants outside the region, and is Scandinavia’s only Michelin-starred Italian.

Head Chef Nicola is at the heart of the award-winning menu that fuses traditional techniques with innovative and adventurous Italian ingredients.

Changing every 3 to 4 weeks, Nicola’s menu features the finest ingredients flown in all the way from Italy. It’s a stunning 10-course menu that’s won a Michelin star every year since 1997.

Having visited the restaurant for a review (you can read it here) I simply couldn’t miss out on meeting one of Scandinavia’s most influential young chefs.

So here’s what Head Chef Nicola Fanetti had to say about his passion for cooking, his success and life at the cutting-edge of Copenhagen’s culinary scene. 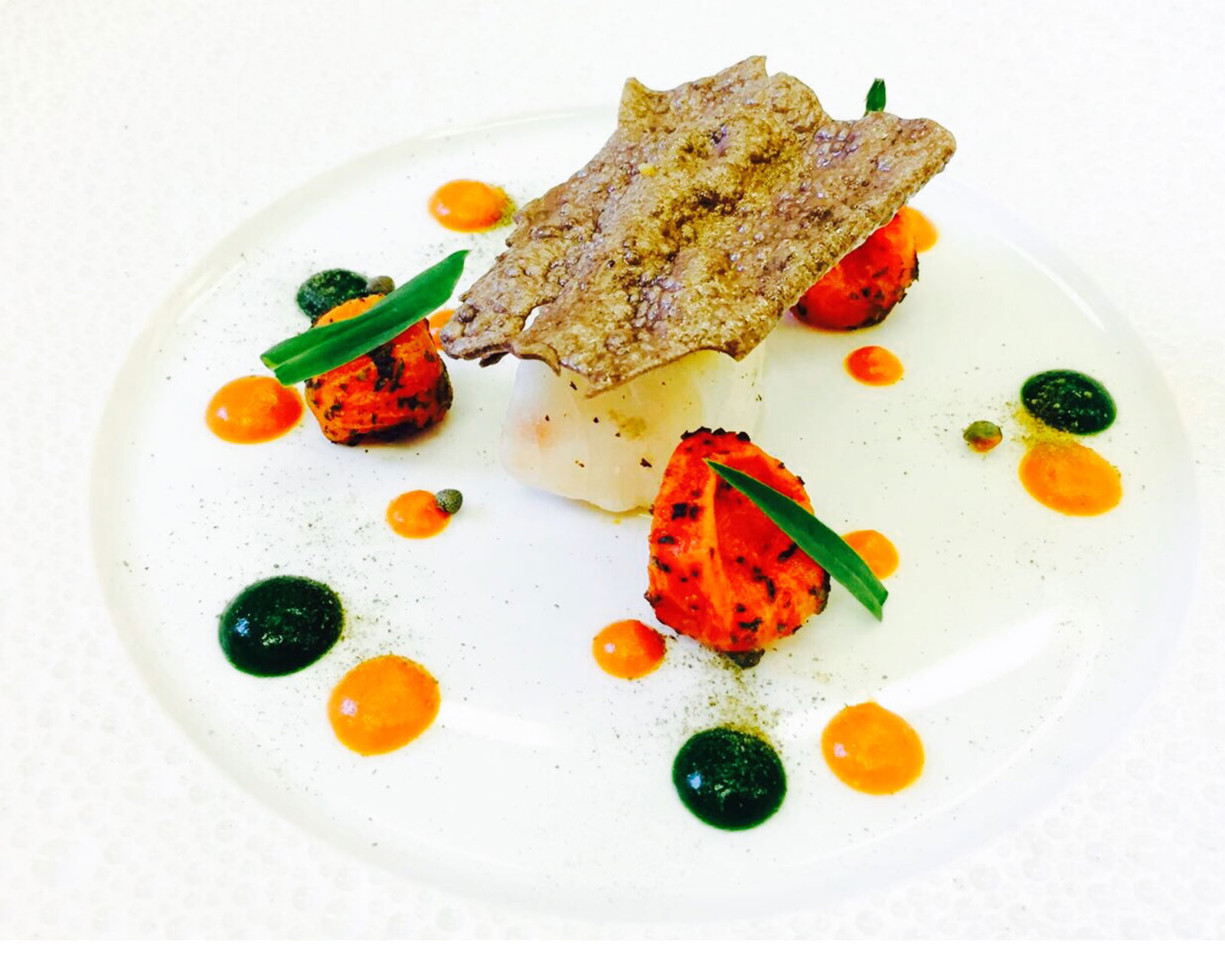 So tell us why you love to cook?
I think that cooking is an art and just as with other arts, you can give different emotions to people. You can change the raw material and create amazing tastes and flavours that give different sensations and emotions. This fascinates me.

A chef of your status at 27 is an amazing achievement. We saw that you were initially self-taught – how did you go from cooking at home to cooking in a Michelin-starred restaurant?

The personal steps were quite easy. My mentality is to always do my job in the best possible way, improve myself, expand my knowledge and find my limits. This way to be has been implemented since I was a kid.

When I realised that I wanted to be a cook, I decided I was going to do it in the best way I could. So I studied at the top school in Italy for Chefs, ALMA.

Once my studies were concluded, I wanted to work in restaurants that would help me arrive to the professional point that I desire, therefore I started working in Michelin-starred restaurants.

What advice would you give to young chefs or entrepreneurs on being successful?
The only advice that I would like to give is to believe in yourself, trust yourself, fight and make sacrifices.

Where do you draw your inspiration from for the regularly changing Era Ora menu? Does anything influence what you cook?
As you know, in Italy we have great traditions regarding food and different recipes, for me the inspiration comes from there, from my land.

Apart from that, I get a lot of inspiration from the many books that I read, the restaurants that I follow, the trips that I make and I also love going out to eat at Michelin restaurants, all these things contribute to my inspiration.

Now that I live in Denmark I’m inspired also by the New Nordic Cuisine, something new to put in my background.

To date, what has been your favourite dish to create and why?
There are a lot of favourite dishes that I like to cook but the best one is the risotto.

I like the texture of the rice, the creamy taste that I can create in the end and also because it is a dish that allows me to combine a lot of different flavours. 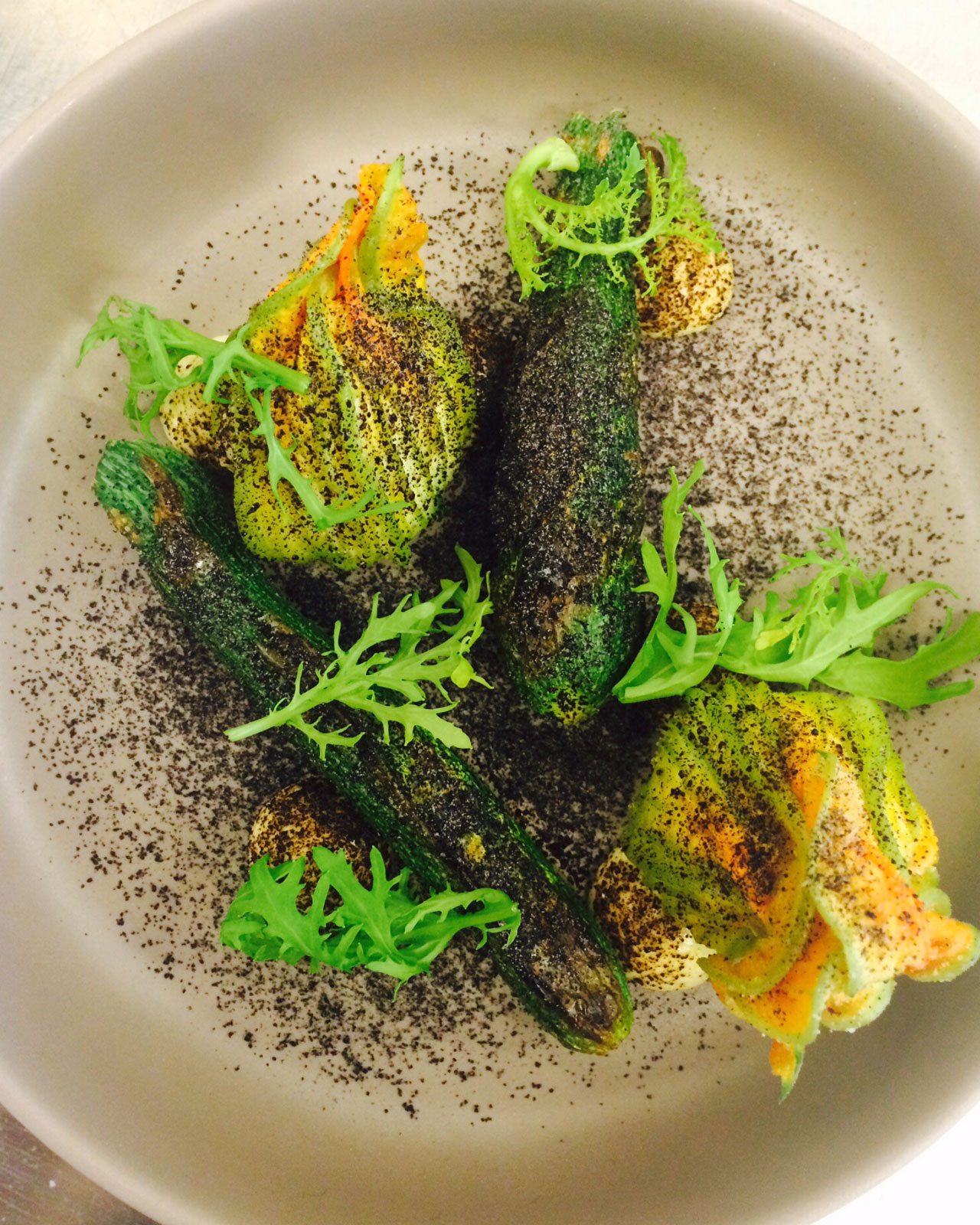 If I had to, I would choose Tuscany and Emilia Romagna because I personally think that those are the regions that originally started creating the culinary tradition of Italy, with the products and the large quantity of different recipes that they have.

How do people’s attitudes towards food differ in Denmark, compared to Italy?
This is a good question. They haven’t a culinary tradition, they just started now to create and I need to admit that I have found it hard to cook in the same way that I cooked when I was in Italy.

For example, products like pasta and rice, the Danish people like to over-cook it, they don’t like “al dente” because they think it is too raw but actually it is how we normally cook it in Italy.

So I must change my way to present those preparations and together with the waiters, work towards finding a way to explain to the guest why I cooked the pasta or the rice in an “al dente” way.

Other than Italian, what other cuisines interest you?
I’m very interested in the South American cuisine because of the large quantity of different products and for the different traditions that they have, like in Italy.