Distillery Manager, Peter Holroyd, has been at the helm of Kingsbarns Distillery in Fife since its official launch in 2014. Whilst there, he has shared his passion for whisky by helping to turn the Kingsbarns dream of distilling a fine single malt whisky into a reality with the Wemyss Family.

A native of Glasgow, Peter graduated from the Heriot-Watt Brewing and Distilling course in Edinburgh, working in a number of small breweries before joining the Kingsbarns team in his first whisky role. Simon Wittenberg caught up with Peter to find out more.

LM: How did you get into distilling whisky, and what have been your career highlights to date?
PH: I studied Brewing and Distilling at Heriot-Watt University, and following this, I was the head brewer at a small craft brewery just outside of Glasgow for four years. I made the jump to whisky and distilling in 2014 when I joined Kingsbarns. Starting off brewing beer in a brewery is a great way to cut your teeth, so to speak. You learn to keep all your equipment spotlessly clean and become a master of problem-solving. Similarly, working at a relatively small whisky distillery like Kingsbarns means that every day is a learning day.

It’s a very varied role, we’re doing everything from the intake of malt, to cask work at the other end of the operation, and it is great to be able to take part in all aspects of the process. I would have to say that my biggest career highlight so far would be the release of our flagship malt, ‘Dream to Dram’. We’ve had a fantastic response to the whisky so far. Thankfully, it’s the style we were looking to achieve – light and full of fruit on the nose and palate. It’s a young malt, but it wears its youth well I think!

I first met Isabella Wemyss, who leads the Wemyss Malts cask selection, during the interview process for the Distillery Manager position and I think I met William  a couple of weeks after that. They are a good company to work for, with a history of well over 100 years of trading. It’s a family run enterprise with the long game in mind, and that’s exactly what is required in the whisky business.

LM: What key skills do you need for your role at Kingsbarns Distillery?
PH: It’s a fairly varied role. I monitor cost, quality and delivery and deal with environmental and HMRC compliance issues, working closely with the team to ensure it’s a safe place to work. You definitely need to have a decent problem-solving ability. All equipment has a life, and when things break, it’s up to you to fix it (or call someone if it’s a bit more of a specialist issue). Once you take something apart, you learn more about it, or if you have called a company out for a repair, you take the time to learn what they are doing to resolve it and learn from that. There is also a fair amount of organisation to do in terms of ensuring movements on site all run smoothly. We need to take casks in, send them back out, malt and yeast orders need to be scheduled and spirit uplifts along with by-products and maintenance of equipment planned-in, and so on. It requires good communication skills to manage staff effectively and play to peoples’ strengths. You need to be logical to make the most appropriate decisions on a day-to-day basis and have some mathematical and computer skills for record keeping. It goes without saying that you need to be a team player too.

LM: What was your involvement in creating the flagship expression, ‘Dream to Dram’?
PH: We knew what sort of character we were looking for right from the outset. Kingsbarns whisky was to be very light, fruity and floral. So every aspect of the distillery was geared towards targeting that style, from the engineering of the plant, to the ingredients used, to the method of production. We use a blend of yeasts and run the stills very slowly to encourage those light, fresh fruit flavours and give them a chance to shine through in the spirit. Cask selection, of course, plays a major role in defining a whisky and that’s where Isabella comes in. She has the knowledge when it comes to wood, having gained invaluable experience from her work managing Wemyss Malts and she paired our spirit with top quality casks from around the world. So we have a lovely and light spirit straight off the stills and great quality casks to put it in. This is a good start, but nobody knows what the whisky will be like after maturation! It’s been fascinating to see how the spirit has developed over the years. It was a proud moment when we sat down to sample whiskies from different casks and see which ones worked best together to form what would become ‘Dream to Dram’. 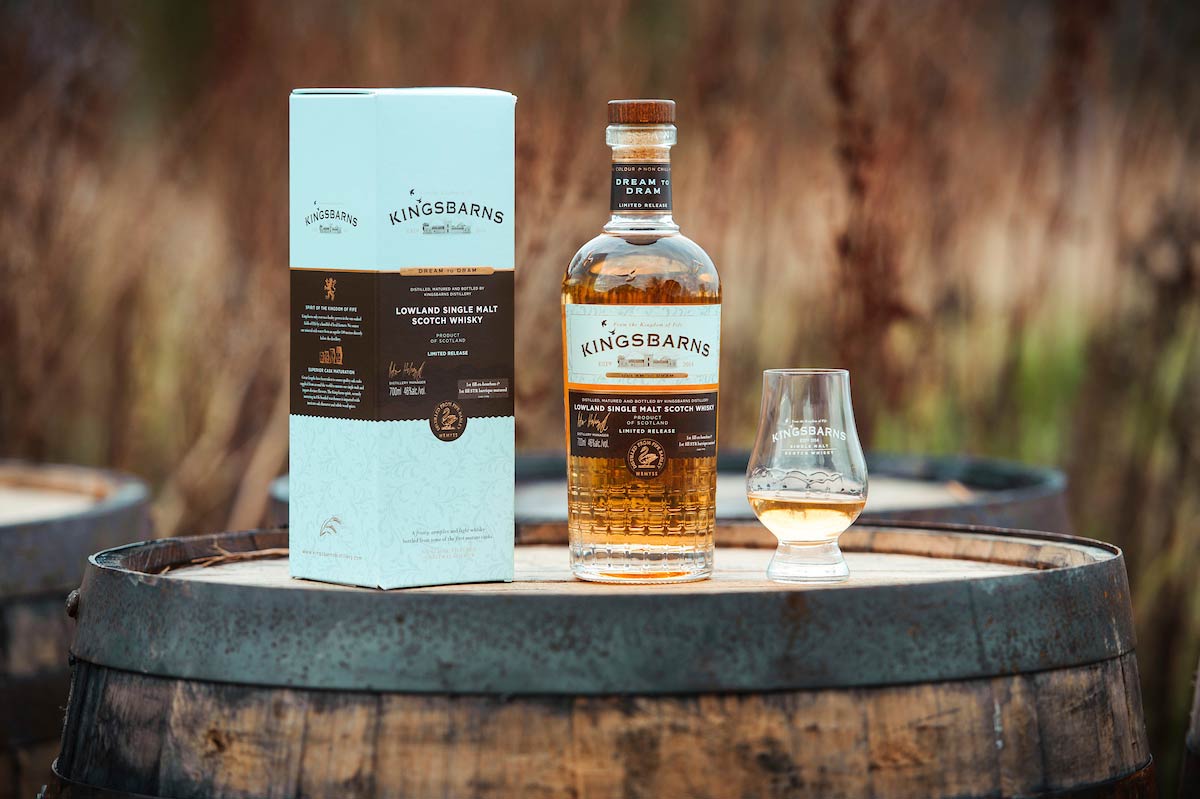 LM: Now that ‘Dream to Dram’ has launched, what is your next focus?
PH: We will be doing another Dream to Dram bottling soon and the challenge will now be to make sure that the malt is consistent. There will be the second edition of the Founders’ Club bottling later this year too, which is a special release exclusively for members of the Founders’ Club. The next one will be nothing like the last, so I’m looking forward to that, but there is always something going on over at the distillery. Darnley’s Gin is now produced in the Gin Cottage on site, and there are a couple of projects in the pipeline to keep me busy over the next year which we’ll be announcing in the near future.

LM: What is your favourite product from the Wemyss Family drinks portfolio?
PH: That’s a difficult question! I’m biased and would, of course, say Kingsbarns! Really though, I think the right whisky, gin or any drink for that matter really depends on the situation. During a meal, for example, I’d pick ‘Dream to Dram’ as a lovely pre-dinner malt, then pair my dessert with a dram that had a touch of peat and pepper to it … like ‘Spice King’. It is constantly exciting to see new product development from our Gin Distiller, Scott Gowans, or to taste the single cask bottlings from Wemyss Malts as they come out. There are always some gems in those releases!

LM: Where do you think the future lies in whisky distilling?
PH: We are seeing a boom in the number of distilleries opening at the moment, and consequently, I think brand differentiation between companies is going to become crucial. I expect we’ll see distilleries experimenting with different yeasts, malts and processes to make unique products. But the Scotch whisky industry is relatively slow to adapt by its very nature. It takes so long to produce a product! The spirit needs to sit in a cask for a minimum of three years, and often a lot longer than that. The people involved in its creation have the weight of history and tradition on their shoulders. We are producing and selling Scotland’s national drink, part of our identity… and one of the country’s greatest exports. We have a responsibility to ensure that what we make and export delivers excellence as expected. There is a reputation to uphold.

LM: What are the key markets for the whisky that you produce?
PH: Our key markets are Germany, France, Taiwan, USA, and the UK. Russia is a growing market, as are the Baltic regions.

LM: Are there any whisky brands or distillers that you admire or that have inspired your own work?
PH: It would be difficult to pick just one and many people have my admiration. Whisky is an extremely friendly industry and I have certainly benefited from that aspect. The late whisky consultant Dr Jim Swan’s involvement in helping to produce the style of malt that we aspired to create was invaluable. We learned a lot from Hamish Proctor too (a previous Distillery Manager of Bunnahabhain and Longmorn amongst others) during the commissioning phase of the distillery. He joined us for several weeks as we ran the stills for the first few times. Hamish has a depth of knowledge from decades of experience… and some cracking stories too …. I think he needs to write a book!

In terms of distilleries, I was lucky enough to be able to spend a week working at Glenturret as Kingsbarns was being built to see how they run the place. A lovely, traditional distillery with real character and they make tremendous spirit to boot! I think Isle of Arran is another commendable company always doing interesting things. Of course, Springbank is a distillery with real clout, and although you could probably not get any further from the style of whisky we make here at Kingsbarns, I think that some of the malts they release are outstanding. Closer to home, I admire Inchdairnie Distillery, just west of Kingsbarns – a technologically advanced distillery that pushes the envelope in terms of experimentation and innovation. I would have to say that Clynelish Distillery is also one of my favourites, creating a whisky with a waxy and tropical fruit edge to it. The beauty is that there is such variety. All distilleries are distinct and there really is something for everyone.

LM: What are your luxuries in life and favourite destinations?
PH: I don’t have too many luxuries, to be honest. I think appreciating the little things in life like good food and drink is important. Going out for a nice dinner with my partner or friends and family is up there. 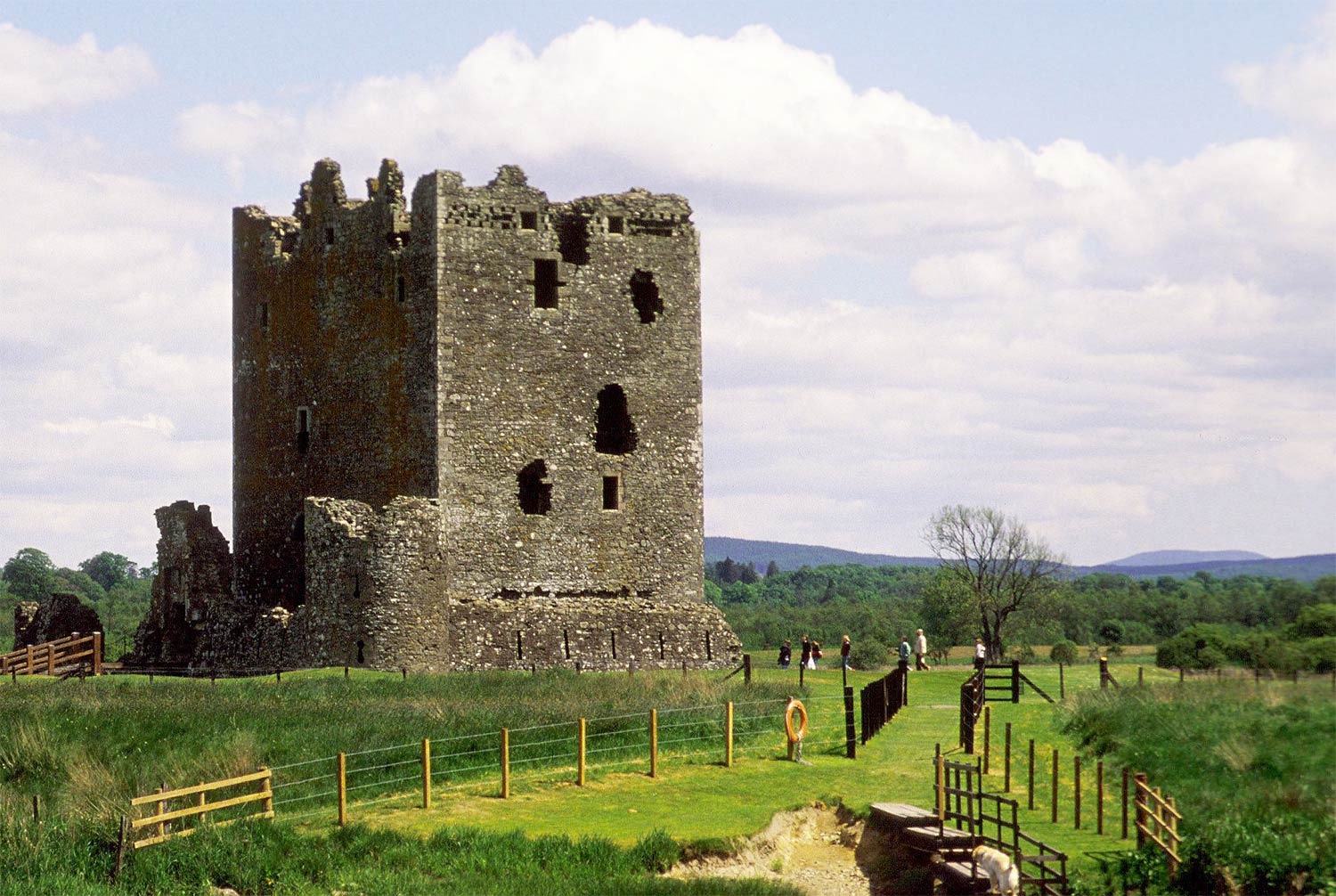 I love travelling to different places. Italy is amazing, as is France, but we are also exceptionally lucky in Scotland to have such a varied and beautiful landscape, rich in history and with some of the best food and drink in the world in my opinion. I do like getting away to the West Coast of Scotland for a few days, either renting a little cottage or wild camping. I think you need to take the rough with the smooth though. If you go out hillwalking and get thoroughly drenched, returning wet and cold, having walked many miles, and having properly endured a struggle, you will appreciate life’s little pleasures all the more! Something as simple as a hot shower can be a blissful luxury.

LM: Thank you for your time Peter. It has been a pleasure talking to you.

Kingsbarns Distillery – Where and How?

For more information on the Kingsbarns Distillery, visit www.kingsbarnsdistillery.com.