The Alexandre Peraldi Hampton interview about the Hampton Watch Collection

Alexandre Peraldi has been the Design Director of Baume and Mercier since 2001. His career in design started at the École Boulle an advanced public school of fine arts and crafts and applied arts in Paris, before stints at Cartier and Yves Saint Laurent.

Adapting historic models is never a straightforward exercise requiring a truly conceptual view. Alexandre Peraldi talks us through the process: 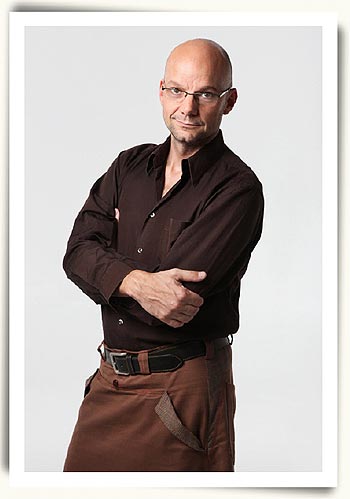 Where did you get your inspiration for this collection ?

Alexandre Peraldi : The source of our inspiration, as with our other lines, Linea and Capeland, is Baume & Mercier’s territory – seaside living in the Hamptons. We were in the Hamptons and we brought back films and photos, thousands of images that we drew upon for weeks to define the design codes for all our collections.

And what came of this in-depth consideration of the Hamptons ?

Alexandre Peraldi : The Hamptons means, first, an environment bathed in a special light that softens shades of color and gives them warmth. We translated this in our own way by choosing to use red gold on some pieces, giving them a warm coppery brilliance. On the dials, we took the route of playing on a subtle association of two colors, without contrasting them. In our palette, gray goes with slate and white with silver, to name a few. But above all, the Hamptons mean a lifestyle, a true “state of mind.” It is the artists’ job to reflect this type of relaxed elegance so characteristic of the residents there. For us, it was portrayed by a curved and generously-sized shape, easy on the eyes and easy to wear.

Did you use a historic watch as a reference point in your creative development process ?

Alexandre Peraldi : In fact we did. It was a piece from the 1940s which shows distinct signs of persistent Art Deco influences. At that time, the focus was on simple lines, straight shapes inspired by cubist painting and by architecture. In contrast, the watch that served as our inspiration was decorated with Roman numerals, which we replaced with more modern Arabic numerals for the Hampton Core Collection. During the research phase, each Arabic numeral was thought out, drawn and reworked to obtain a final version that had the best balance between ease of reading and generous sizing.

What is your favorite part of the Hampton watch?

Alexandre Peraldi : The crystal and its very pure pronounced curve are some of the defining elements of this collection. First, the crystal is the product of technical expertise. But it goes far beyond that. This shape produces a prism effect. Depending on the angle from which you see your watch, you discover it anew every time you look at it. That creates a real interaction between the timepiece and the wearer.

The strap on the ladies’ watches is shaped differently than that on the men’s. Why?

Alexandre Peraldi : In the prototype phase, we did some tests to find the most elegant way to attach the wristband. We wanted a strap with some body to it that would harmonize with the watch but also with a lady’s wrist. We chose a “ jodhpur ” shape, which flares out at the case and is also a nod to the town of Bridgehampton, which hosts hundreds of equestrians every year. This wristband fits in very well with the world of Baume & Mercier.

In the end, does the piece we can admire and wear today look like your very first draft sketches?

Alexandre Peraldi : For twelve months, we were drawing it in pencil, then on the computer, first in two dimensions and then in three. Development was done together with the marketing teams and our “ Maitrise d’Oeuvre ”. The Hampton collection is made up of watches that have complicated components such as the crystal, which is thick but must be visually delicate. When you resolve the technical constraints, you bring in a new esthetical dimension. It’s a virtuous circle that in the end leads to something that may be a bit different from what you had designed in the beginning, but is better. And that is extraordinary.