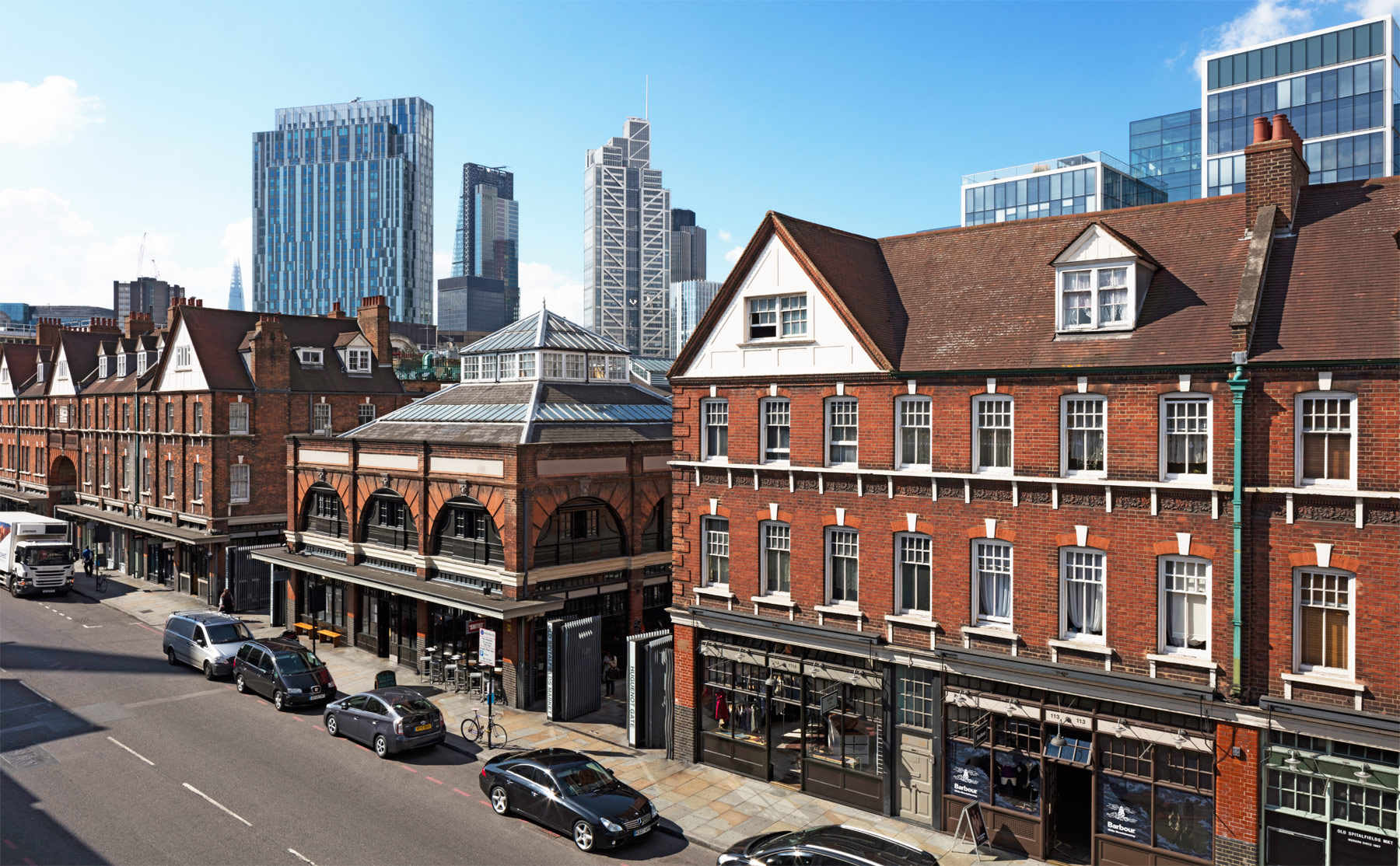 The ancient parish of Spitalfields was once the domain of Irish and Huguenot silk weavers, after considerable ‘urban regeneration’ it has evolved into one of London’s most fashionable locations

Spitalfields market, to most of you, is the eclectic yet fashionable mix of shops, stalls and restaurants frequented by the deeper-pocketed of the hipster crowd, lying in the shadows of the city banking giants by Liverpool Street station.

What you might not know is Spitalfields’ curious history and what it can offer to the upmarket mainstream crowd today. 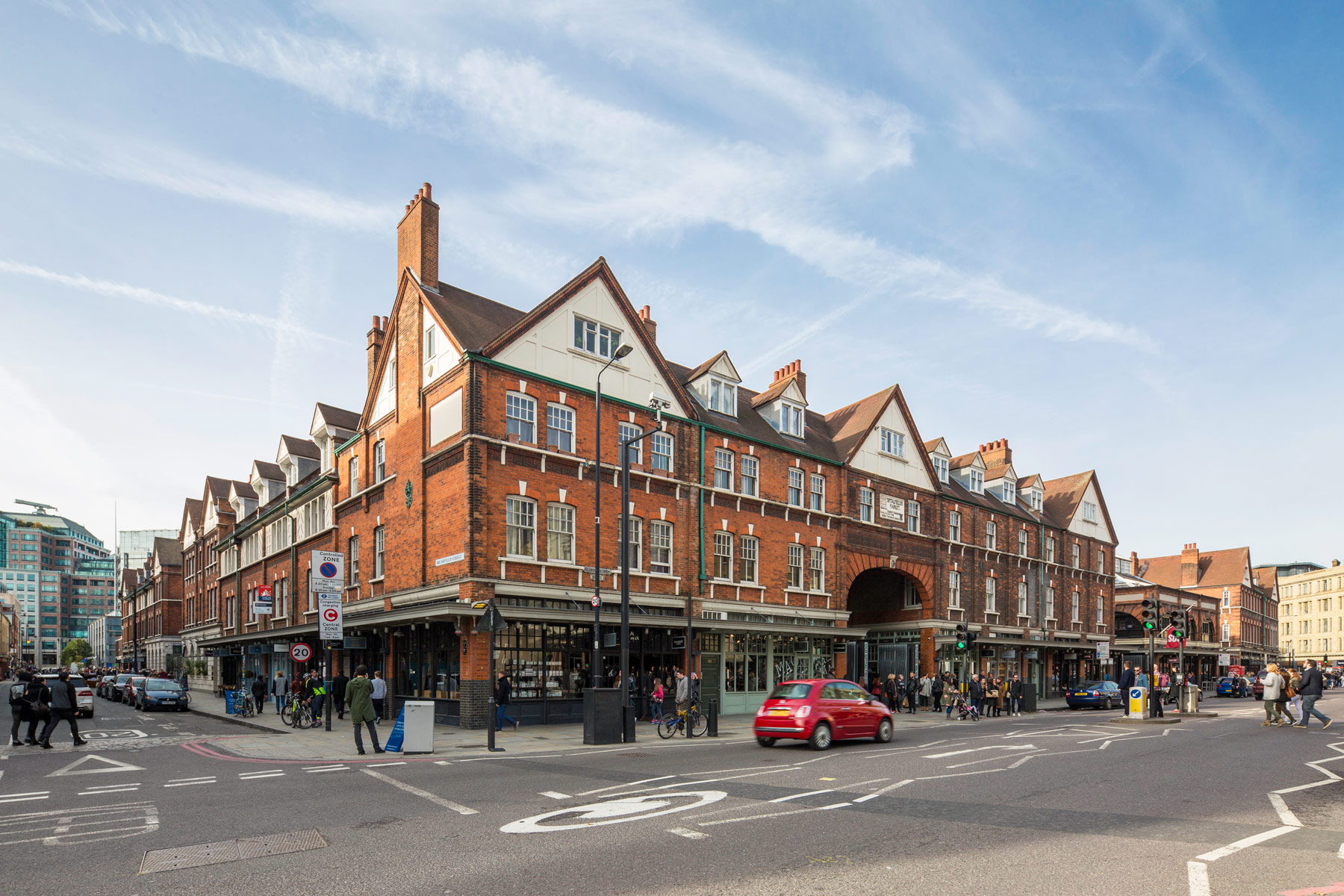 The market took its name from St Mary’s Spittel, a hospital and priory founded in 1197 that used to lie next to the then-rural Spitalfields’ site. It started operating as a market after the great fire of London in 1666 when traders started venturing outside the seven London gates, with Spitalfields being ideally located by Bishopsgate, one of the major routes into London. 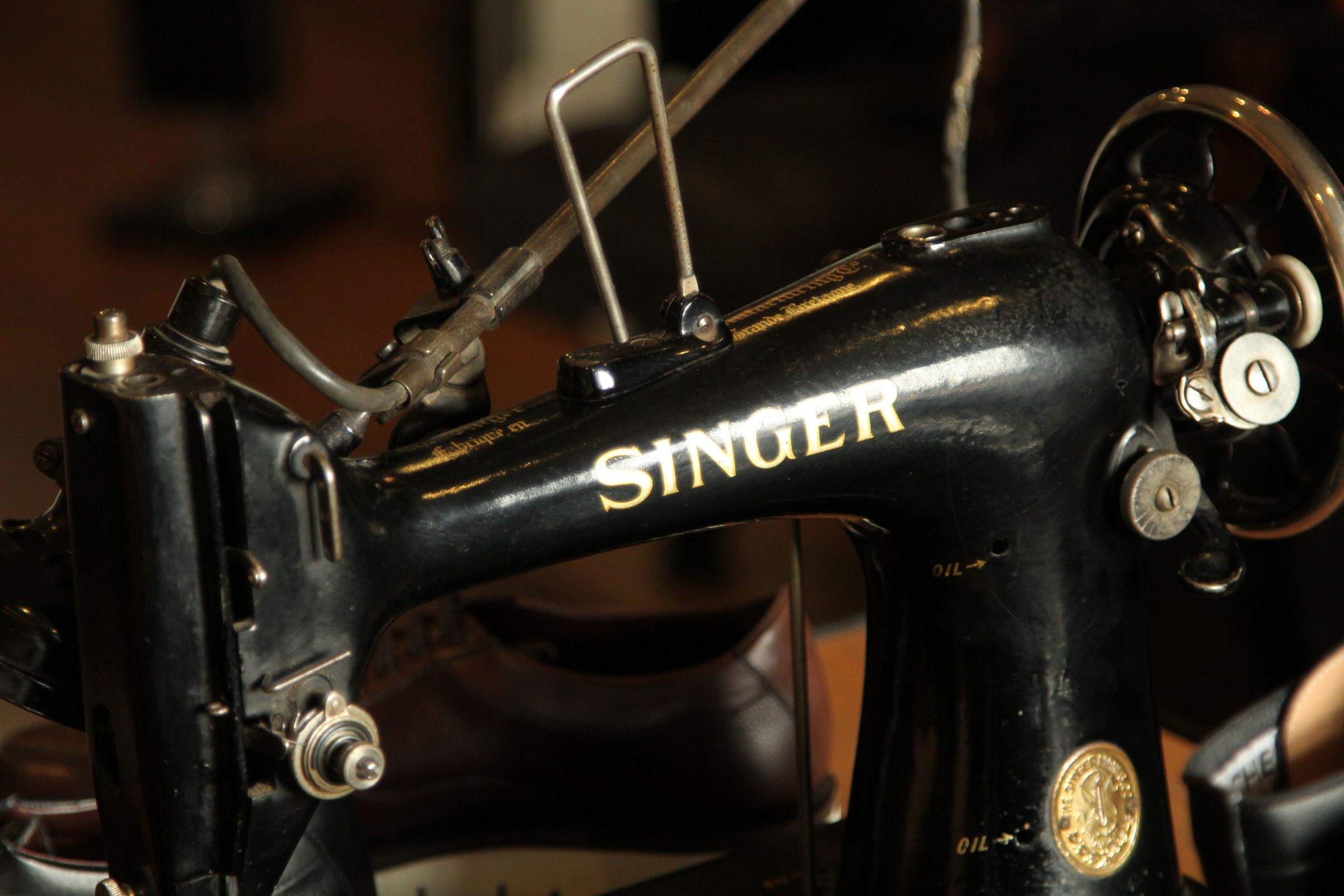 The next couple of hundred years saw an influx of migrants looking to trade from the market. The Huguenots from France, a substantial amount of the Eastern European Jewish population and large Irish contingent all called Spitalfields their trading home for a number of years. Fast forward a few centuries to the 1970s, the Bangladeshi community moved in to make their own mark on the market, opening up not only the usual stalls but also restaurants along the now infamous Brick Lane, the tour de force of Bangladeshi cuisine for London. 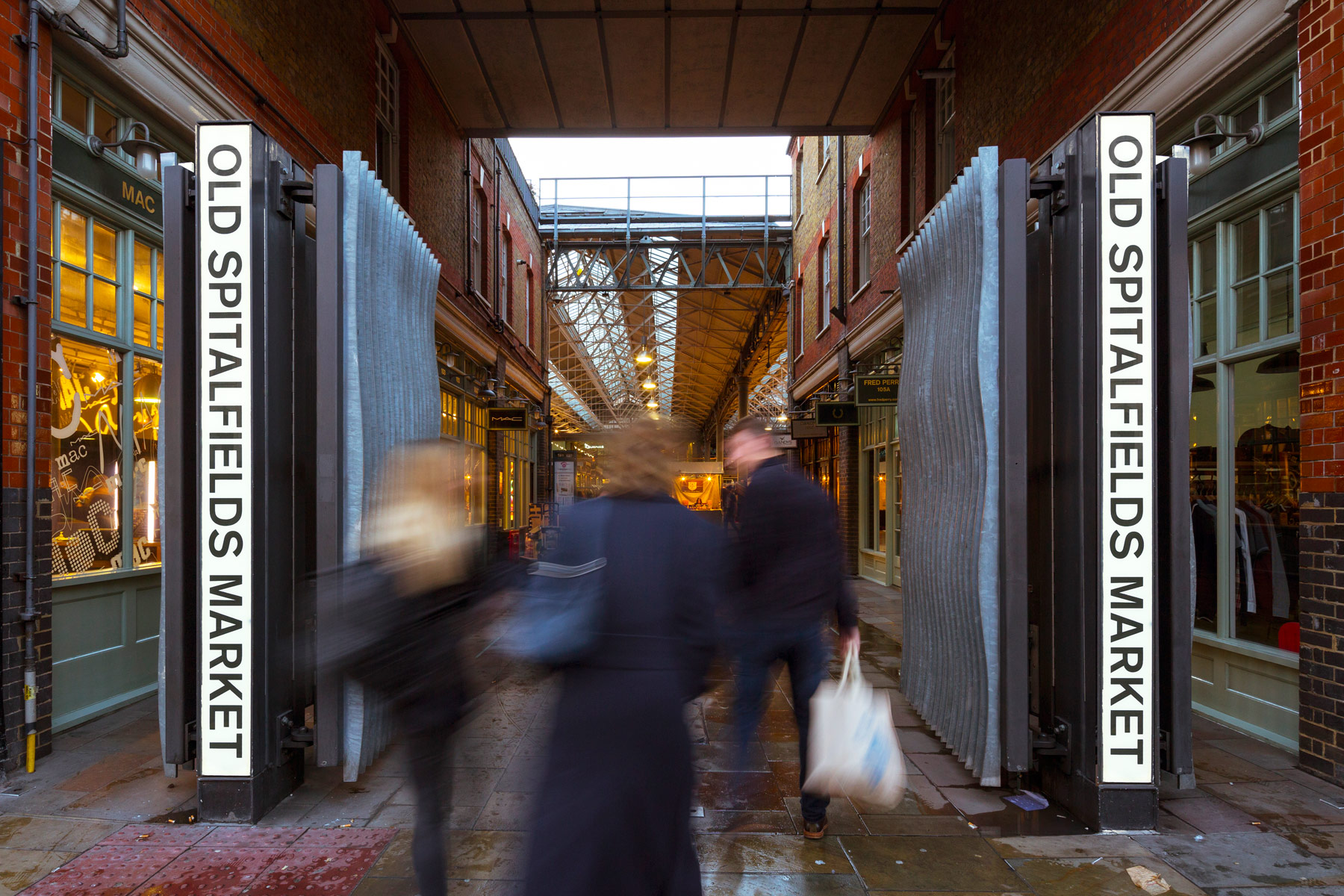 Moving forward once again to the present day. An 18-year painstaking redevelopment of the site was completed in 2005 to give us the Spitalfields we know and love today. Whether you are looking for fashion, fine dining, art or antiques, you are well covered here.

I toured the market to see some of its highlights after a coffee and foreword from Toby Brown, the man who has been at the helm of the market for the last two decades. 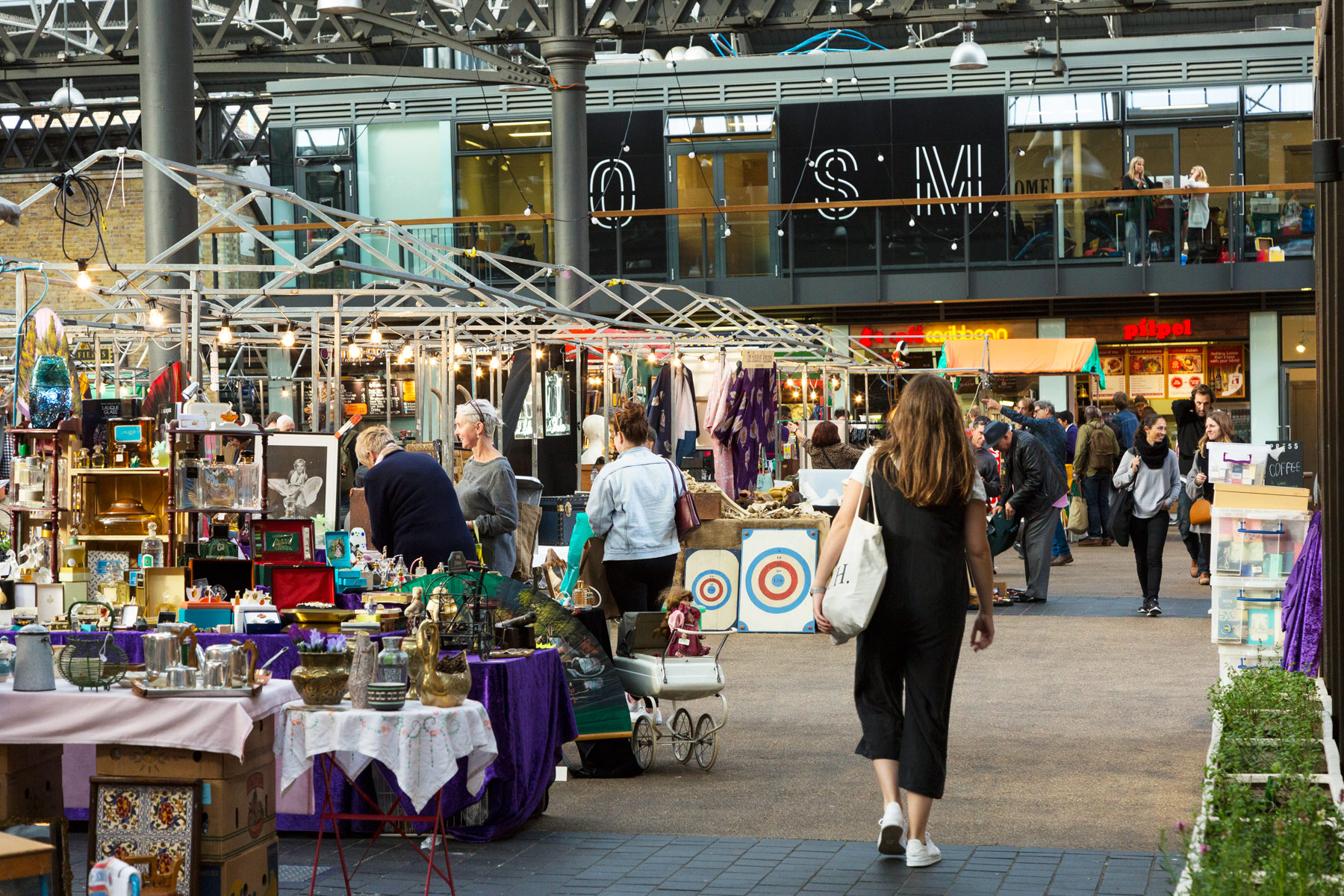 Clearly proud of what Spitalfields has become, Toby commented on how the influx of wealthier residents in the area and the proximity to the finance powerhouses by Liverpool Street has shaped Spitalfields and the shops that call it home, but not at the expense of the market’s character.