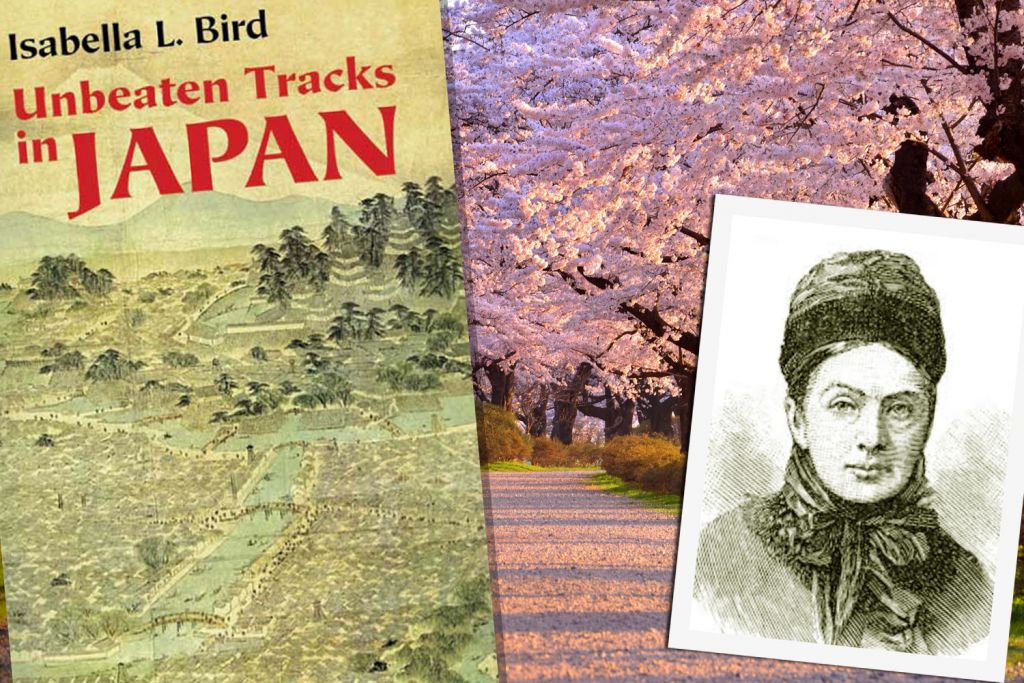 This year celebrates the 140th publication anniversary of the pioneering British expeditioner Isabella Bird’s book, Unbeaten Tracks in Japan, detailing her travel north from Tokyo, through the Tohoku region, finishing up on Hokkaido island.

Isabella Bird (1831-1904) was an intrepid naturalist, photographer and writer who explored several countries across Asia including Japan. Bird became the first women ever to be elected for the Fellow of the Royal Geographical Society for her contributions to photojournalism and writing as she adventured around the world.

In 1878 aged 47, Isabella travelled around Japan, with the majority of her trip taking place beyond Tokyo and Yokohama, which was unusual for that time.

Throughout Isabella’s travels, she sent a series of letters to her sister and friends detailing the trip which later got turned into an incredibly successful book called ‘Unbeaten Tracks in Japan’. Chronicles of the trip discuss a number of topics and sights including Japanese houses, clothing, the sex industry and the natural environment in great detail.

Isabella Bird’s Route
On her journey, Isabella Bird was able to stop off at various locations in the north; she travelled from Yokohama to Niigata (May – July 1878), Niigata to Aomori (July – August 1878) and Aomori to Hokkaido (August – September 1878). She then travelled back down to Tokyo briefly stopping here before finally travelling to Kansai region and exploring Kyoto, Osaka and Ise (October – November 1878).

Isabella travelled to the shrines of Nikko in Tochigi Prefecture, where she visited the mausoleum of Tokugawa Ieyasu. From there, she travelled northwest to Niigata, here Bird found that there were no boats travelling to Hokkaido for months. As a result, she decided to travel east towards Yamagata before heading north again until she reached Aomori in August of 1878.

Finally, she was able to get a ferry to Hokkaido, landing in the port of Hakodate. Here Isabella Bird met the indigenous Ainu, she toured the island learning and observing the Ainu people where she grew great respect for them and their customs. The final leg of her trip took places between October and November 1878; she took another boat back to Tokyo Bay before heading to the port of Kobe.

Here Isabella spent the majority of her time exploring the Kansai region travelling around Kyoto, famed for its cherry blossoms and Gion district, Nara, renowned for its deer roaming around the stunning Nara Park, Osaka, a large port city where the gorgeous 16th-century shogunate Osaka Castle stands and Ise, a coastal city located in the Mie Prefecture on Japan’s main island of Honshu in.

Today, Isabella Bird sits at the top of the pantheon of female women travel writers in the Victorian era with Unbeaten Tracks in Japan being her most successful work. She was and still is, an inspiration for female travellers looking to explore lesser-known destinations around the world.