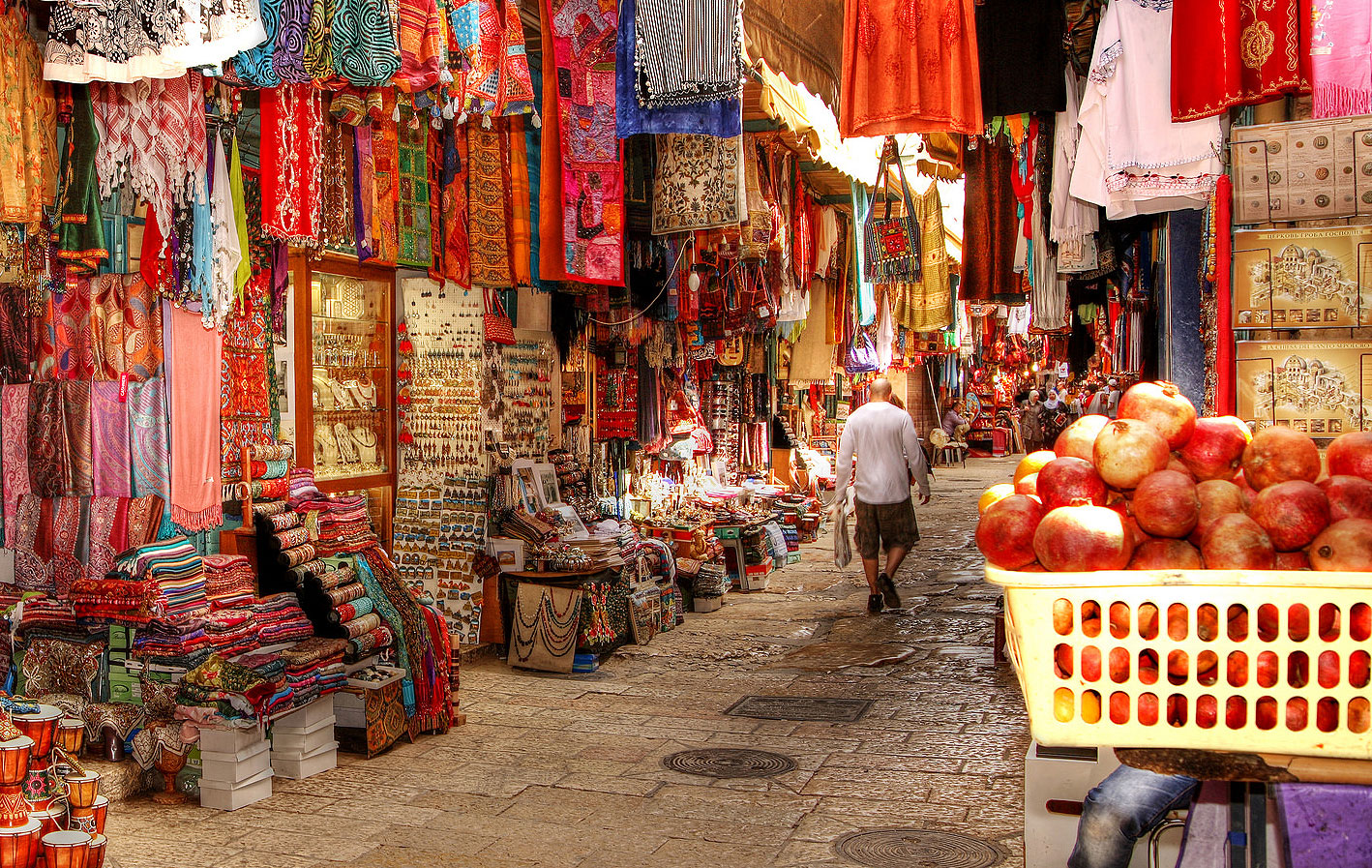 Gina Baksa flies to Israel: Land of the Crusades, following the path of the Knights Templar and visits historical cities and Crusader castles

Jerusalem
We arrived in the Holy City late that evening and made for Zuni restaurant in the Nachalat Shiva area of downtown Jerusalem, just off the Yoel Salomon pedestrian street. Its Mediterranean, pan-European menu offers an eclectic array of appetisers and mains (fish, meat, pastas) in addition to an excellent wine list. Israeli wine is gaining recognition and well worth investigating. I especially loved varieties from the Golan Heights, and you can also visit the vineyards at Domaine due Castel, Flam, Recanati and Lewinsohn.

To say I was excited about finally reaching Jerusalem would an understatement. I felt incredibly happy to have reached somewhere I’d wanted to visit for years. You can easily spend several weeks in Jerusalem exploring all that this incredible city has to offer. From the antiquities to museums, to bars, clubs and great restaurants, markets and retail therapy. Alas we only had a couple of days.

Next morning we walk to Jaffa Gate, the main entrance to the old city, whose golden limestone walls rise up impressively before us in the early morning sun. We pass young armed Israeli soldiers in fatigues – machine guns slung casually over shoulders – chatting in a small group. You get used to their presence, and at no time did I feel unsafe in Israel.

The impressive 16th-century fortified wall has eleven gates that guard the three-mile perimeter of the Old City. Today you can pass through seven of these gates into a maze of alleyways and markets, secret doors and awe-inspiring architectural gems. If only these walls and buildings could talk, they would tell us tales of kings and armies, slaves and merchants, beggars and pilgrims. Of war and peace. Divided into Jewish, Armenian, Christian and Moslem quarters, you’ll easily need a week to visit everything in the old City. 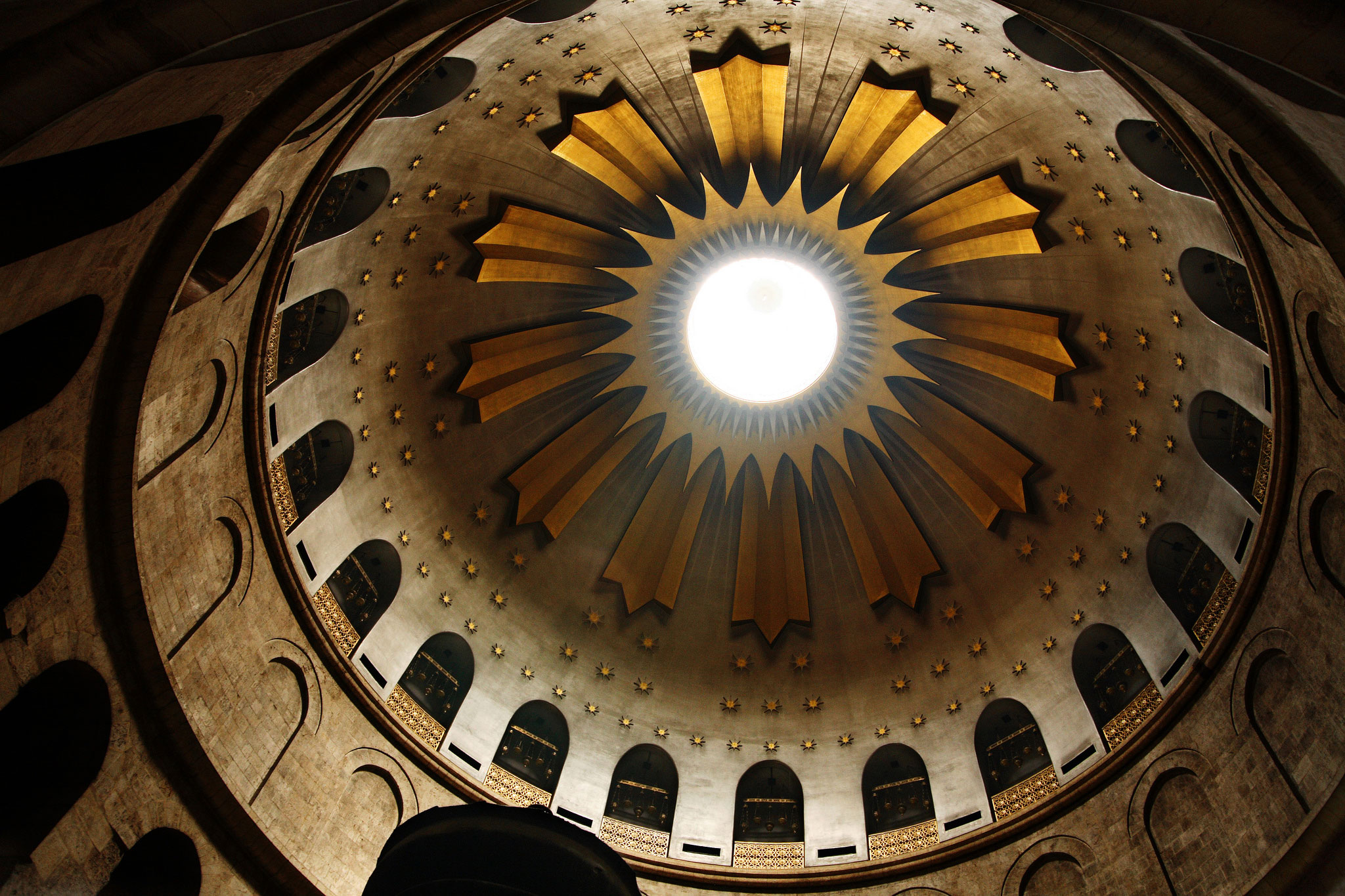 We made our way along the narrow streets to the Christian quarter – home to over 40 churches and monasteries. At its heart lies the Church of the Holy Sepulchre (Church of the Resurrection) which tradition says was the site of Jesus’s crucifixion and burial after his final passage on the Via Dolorosa (Stations of the Cross). The energy inside was palpable: a hushed reverence from pilgrims and tourists from across the world. It was humbling and very beautiful. 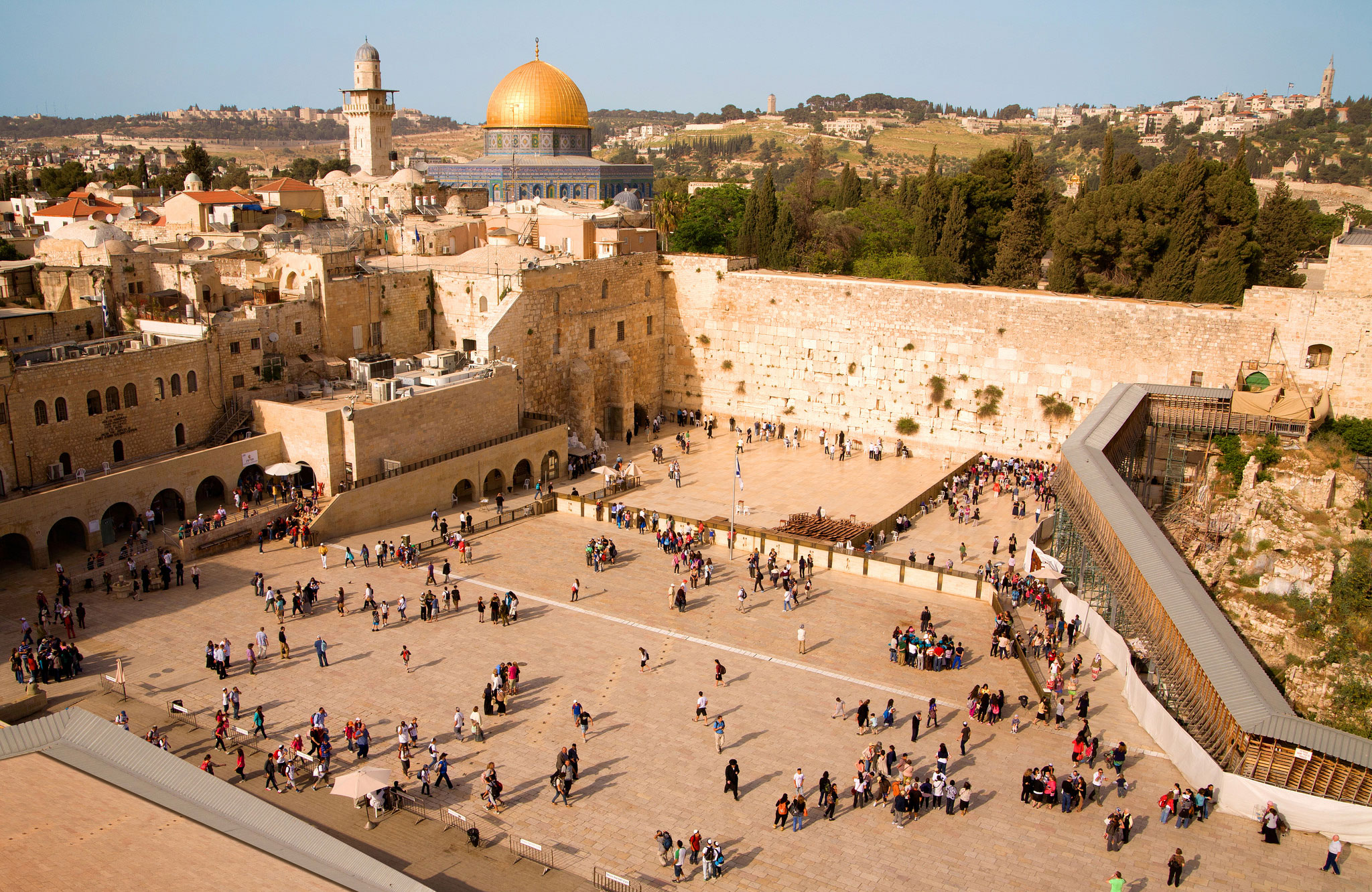 Once outside we followed the Via Dolorosa for a while – its 14 stations clearly marked – watching modern-day pilgrims carrying large crosses in homage, before making our way to the Western Wall in the Jewish quarter. The holiest site in the world for Jews, this incredible and iconic edifice is all that remains of the Second Temple of the Jewish Kingdom, partly built by Herod in 20BC. The Wall somehow defines Jerusalem and being there and touching it was an incredible experience. 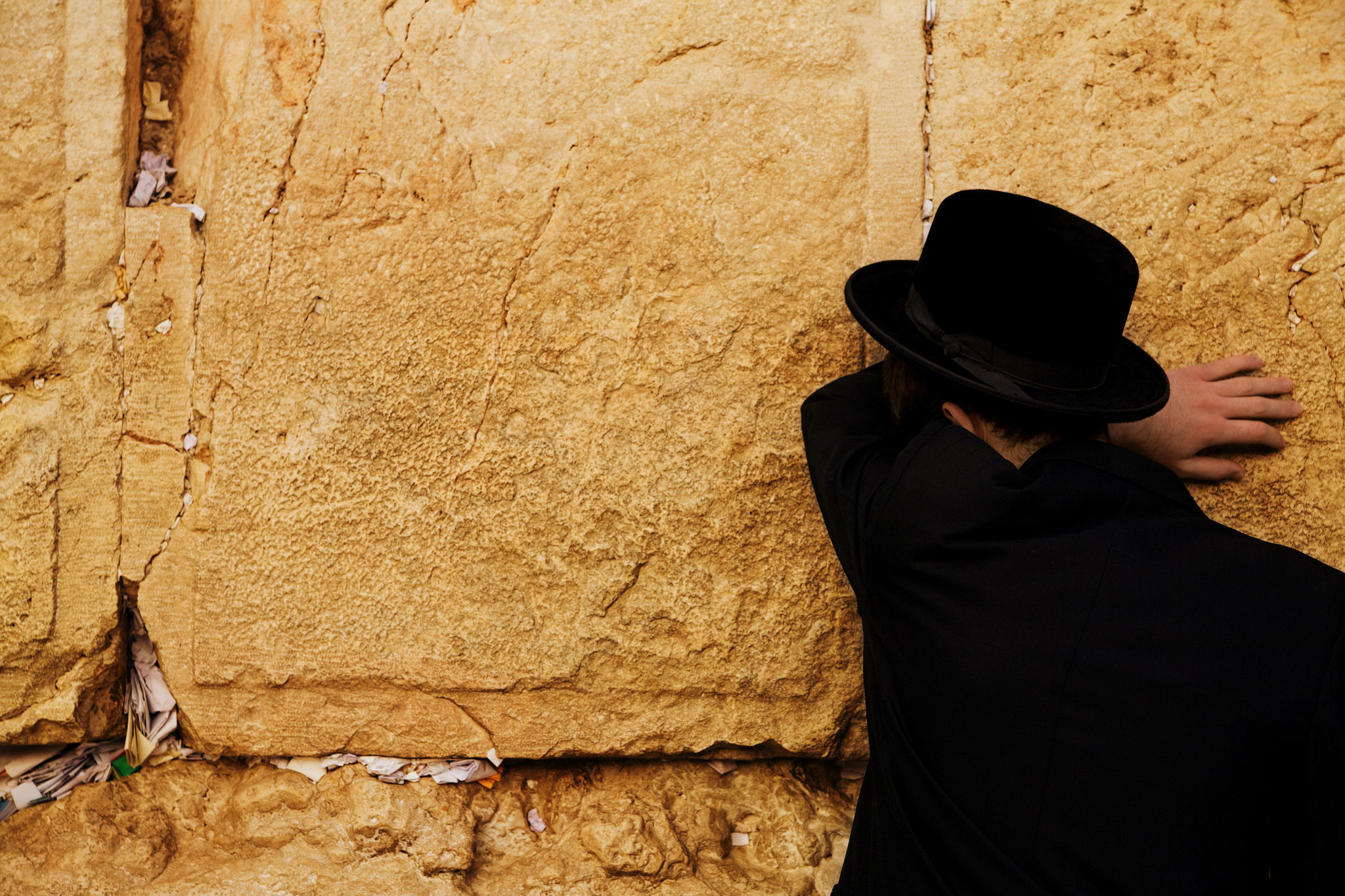 Women pray on one side, men on the other. In that sunny afternoon I felt very much at peace; the energy at the Western Wall is very beautiful.

You’ll also find The Cardo – a reconstructed Roman street from the 6th century in the Jewish quarter, while the Dome of the Rock (Qubbat As-Sakhrah) is situated on Mount Moriah in the Moslem Quarter. Completely unmissable, this Byzantine and Islamic place of pilgrimage was the Holy Grail for the Crusaders who commandeered it before it returned to Moslem hands. Its iconic 20-metre dome is breathtaking, as are its mosaic-covered walls.

Close by the Dome is the beautiful Church of St Anne – probably the best preserved Crusader church in Jerusalem and a must-see. Just inside the stunning Lion’s Gate, the church is asymmetrical and has incredible acoustics. And one of the most calming places I’d been in throughout the trip. Next to it, you can walk around the excavation site of the Biblical Pools of Bethseda.Lower down from the Wailing Wall is the original city of King David. This architectural site is the birthplace of modern-day Jerusalem and I recommend a walk in its ruins.
We stayed at the Prima Kings hotel, which is well placed for visiting the old city. A more luxurious and quieter option would be the wondrous King David or the superb Mamilla.

Abu Ghosh and the Templar Church
Our whirlwind tour of the Crusader sites ended at the most beautiful church of all – the Benedictine monastery in the village of Abu Ghosh. Met by Brother Olivier, we are led down into the adjoining crypt.

A spring flows through it and this is the perfect place to see Crusader architecture: the walls here are 11.5 feet thick. Nine monks live in the monastery and 12 nuns live next door. 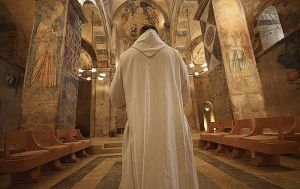 Their day spent in silent contemplation, as well as working in the gardens. Although this is a closed order, Brother Olivier tells us he spends time in the local Arab community and also with the Israeli army administering spiritual wisdom. His vision is one of unity for all of Israel, for all faiths. “We must never give up,” he tells us. “We have to build bridges as much as possible.”

Stroll around the beautifully peaceful, spacious gardens and time your visit for one of the prayer sessions where you’ll hear sublime Gregorian chants. Brother Olivier kindly sang for us during our visit – an experience that touched my heart deeply. As did Israel herself.

Astronomer Carl Sagan once said: “You have to know the past to understand the present,” words most apposite in relation to present-day Israel. A country with challenges yes, but one that welcomes visitors with an open heart and mind.

Israel – Where and How?

Currency: New shekel (£1 = 6.07ILS / $1 = 3.75ILS / €1 = 4.27ILS )
Time: GMT +2
Language: Hebrew and Arabic are the official languages. English is widely spoken.
Passports: Israel no longer stamps passports, but issues a landing card that is valid for 3 months. Check you have at least 6 months remaining on your passport.
UK citizens do not require a visa.

Read part one of Gina Baksa on Israel here 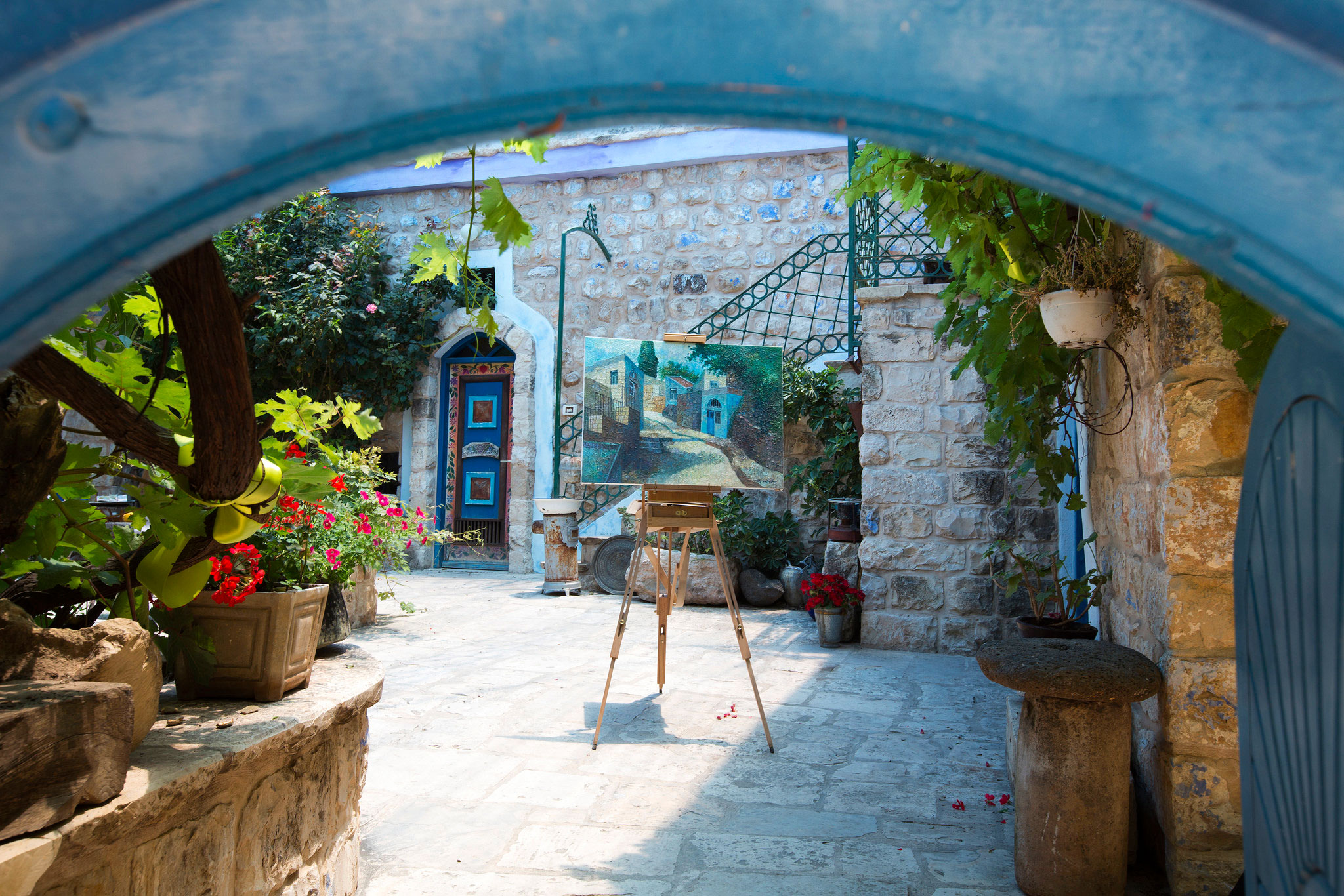