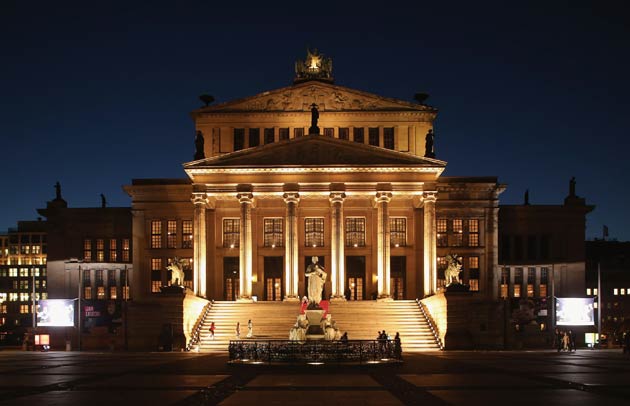 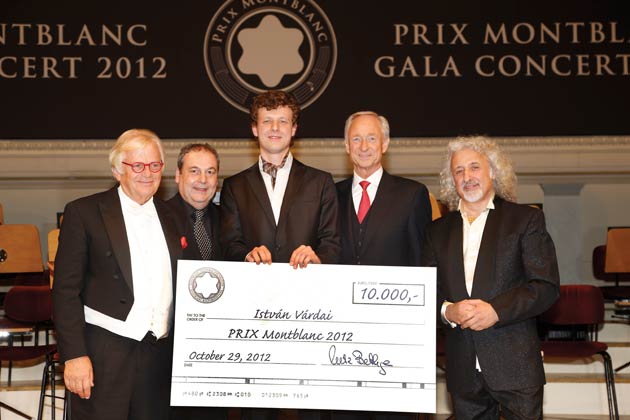 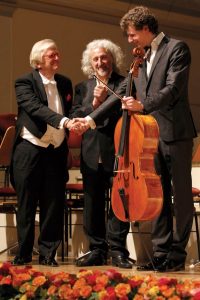 In 1997, Várdai was admitted to the Franz Liszt Academy in Budapest where he was taught by László Mezö, and in 2005 progressed to the University of Music and Performing Arts in Vienna to study with Reinhard Latzko. His other cello teachers included Natalia Gutman, Janos Starker and Frans Helmerson. Since his debut in The Hague in 1998, he has performed in London, Florence, Prague, Kobe, Frankfurt, Moscow, Munich, St. Petersburg, New York and China. He was regularly invited to make solo appearances under the baton of Ádám Fischer, Zoltán Kocsis and Simon Gaudenz. Várdai has performed concerts with numerous orchestras such as the St. Petersburg Symphony Orchestra, the Mariinsky Theatre Orchestra, the Austro-Hungarian Haydn Orchestra, the Pécs Philharmonic Orchestra, and went on tour with the Franz Liszt Chamber Orchestra (conducted by Jánor Rolla). Accompanied by numerous Hungarian and international orchestras, he has interpreted almost all of the major cello concertos. István Várdai’s debut CD on which he plays Elgar’s Cello Concerto, the Prokofiev Sonata and Janácek’s Pohádka with the Geneva Chamber Orchestra, conducted by Simon Gaudenz, was released in October 2009. 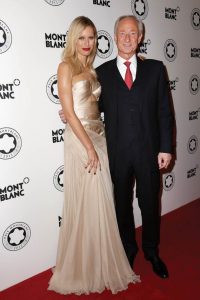 In 2010, he made a debut recording of the Cello Concerto in C major by Johann Baptist Vanhal with the Camerata Schweiz (conducted by Howard Griffith), and his CD was released by CPO at the end of 2011.

With Várdais’ competition win in Geneva came numerous musical commitments for the 2009 – 2011 period. Worth a particular mention are his concerts with the Orchestre de la Suisse Romande, the  Geneva Chamber Orchestra and the Collegium Musicum Basel, the Camerata Schweiz, as well as chamber music recitals throughout Europe (including the Alba, Radio France/Montpellier and Montreux music festivals). István Várdai participated in Chamber Music Connects the World 2010 in Kronberg, where he had the opportunity to work and perform alongside András Schiff, Gidon Kremer and Yuri Bashmet. Since October 2010, he has been a student at the Kronberg Academy under the tuition of Frans Helmerson.

Montblanc has been awarding the PRIX Montblanc to talented up-and-coming instrumentalists every year since 2006. The first musician to be awarded the PRIX Montblanc was Tianwa Yang, named by the Detroit News as “the most important new violinist to come on the scene in many a year”. In 2007, the jury chaired by Hélène Grimaud awarded the prize to pianist Natasha Paremski. The Russian musician has since performed on all the major concert stages across America, Europe and Asia. In 2008, Joshua Bell and his jury awarded the prize to violinist Alina Ibragimova, who according to The Times was “destined to be a force in the classical music firmament for decades to come”. Pianist Nikolai Tokarev, “one of the most remarkable young artists on the big international concert platforms” (Frankfurter Rundschau), was honoured with the PRIX Montblanc in 2009, and in 2010, 13-year-old child prodigy Zhang Shengliang from China,nicknamed Niu Niu (“little ox”), was presented with the award as a future star pianist in the world of classical music. Armenian violinist Sergey Khachatryan was honoured with the award in 2011. This multi-award-winning musician had already performed with the world’s most renowned orchestras and captivated audiences worldwide.

Montblanc is donating money from the sale of each Donation Pen Johannes Brahms Edition writing instrument to promote new cultural and artistic projects. 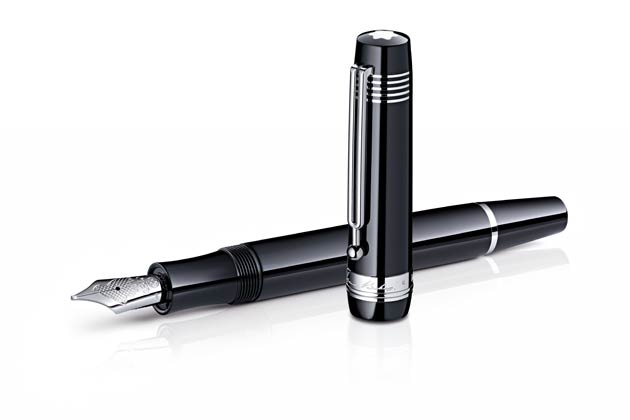