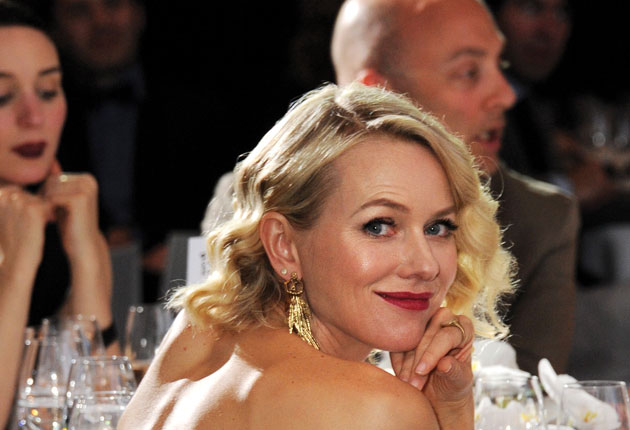 The 58th BFI London Film Festival in partnership with American Express® launches on the 8th October and will run until the 19th October 2014. Swiss luxury watch manufacturer IWC Schaffhausen is delighted to support this highly influential cinematographic occasion as Official Time Partner.

A highlight in the UK’s cinematic calendar and a globally recognised event which draws some of the most celebrated talent from the film industry; the BFI London Film Festival previews a selection of the greatest offerings in film for the year ahead. As a charitable organisation, the BFI is dedicated to the preservation and restoration of the most significant film collection in the world, for today and future generations.

“For many years now, we have had a passion for cinema. Every director tells a story with his films. At IWC, storytelling is part of the DNA of everything we do. It is therefore an absolute honour and privilege to be associated with such a highly regarded institution and a film festival which has depth and substance and that is globally renowned and respected,” comments IWC CEO Georges Kern. “Our desire is to nurture this incredibly special relationship, build an exceptional partnership, and to create and deliver impeccable events. Our brands share many qualities, such as a long history, a proud heritage and a passion for cinema. I believe that these qualities will continue to be nourished and communicated in the years ahead.”

Ahead of the 2014 BFI London Film Festival, IWC will celebrate their partnership with a star-studded dinner in honour of the BFI. Simon Chambers, IWC UK Brand Director, comments: “The BFI is an exceptional organisation whose work in preserving and restoring the most significant film collection in the world for new generations to enjoy, runs alongside investment in new film talent and creating opportunities for audiences to enjoy the widest choice of British and world cinema. Partners play an invaluable role in enabling the BFI to do all of this. IWC is proud to be amongst those supporting the restoration, preservation and creation of film for the enjoyment of future generations. London is such a dynamic international city and the BFI London Film Festival offers IWC an opportunity not only to celebrate film but also the essence of both partners. We look forward to working with both the BFI and the Festival to create a most worthwhile partnership in the coming years.”

The partnership between IWC and the BFI London Film Festival is set to continue for the next three years, so 2014, 2015 and 2016 respectfully. IWC are to be a headline sponsor of the BFI’s fundraising gala LUMINOUS in 2015; a celebration of British film and British film talent, raising vital funds for the BFI National Archive. Established in 1935, the BFI National Archive is one of the most significant film and television collections in the world. Dating from the earliest days of film to the 21st century, it contains nearly a million titles in total.

This unique event, in London, will feature a charity auction and uniquely commissioned live and filmed creative content. LUMINOUS attracts some of the biggest names from in front and behind the cameras. Last year’s guests included Martin Scorsese, Idris Elba, Damien Lewis, Jude Law, Sienna Miller, Ray Winstone and Olivia Coleman and raised £250,000 for the BFI National Archive.

BFI CEO Amanda Nevill comments on IWC’s partnership with the Festival and the BFI: “We are delighted to be at the start of a partnership with IWC Schaffhausen that holds so much promise. It is a company that shares our values of creativity, passion, and ambition, and we look forward very much to working with them in bringing these values to life in programmes that can delight, entertain and provide life-enduring memories.”

IWC Schaffhausen has long-standing relationships with high-profile film stars and personalities including Ewan McGregor, Kevin Spacey and Cate Blanchett. IWC watches have also been the preferred choice of timepiece in a number of celebrated films, worn by actors playing leading roles in the thriller “Wall Street: Money Never Sleeps” and in the major box-office success “Ocean’s Thirteen”.