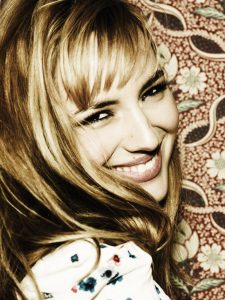 At the 64th Cannes International Film Festival, Jaeger-LeCoultre will support the Cannes fait le mur photography exhibition in partnership with the Contour by Getty Images photo agency from May 10th to July 5th 2011

The Cannes fait le mur photography exhibition is a glamorous, larger than life installation spread throughout the town of Cannes featuring a selection of the finest creations from the talented and renowned photographer Marcel Hartmann.

Jaeger-LeCoultre’s interest in photography has been ongoing for several years now. Each year, Jaeger-LeCoultre publishes a Yearbook, a creative and artistic publication giving pride of place to images. Each chapter finds a pretext (quite literally peaking, i.e. “before the text”) in the
creations of the Manufacture in order to open up towards wider horizons. In the most recent edition of the Jaeger-LeCoultre Yearbook, Marcel Hartmann had devoted his art to a theme featuring the beautiful actress that played ‘Helen’ in the blockbuster movie Troy – Diane Kruger. Diane is also the muse of Jaeger-LeCoultre.One of the photos selected portrays Diane Kruger wearing a Joaillerie 101 watch, an emblematic model made by the Manufacture Jaeger-LeCoultre.

The incredible Compass Camera from Noel Pemberton Billing and Jaeger-LeCoultre
Three quarters of a century ago, the history of Jaeger-LeCoultre crossed paths with that of photography, when Jaeger-LeCoultre produced one of the most incredible cameras of its era: the Compass. The adventure began in England with an amazing figure: Noel Pemberton Billing. Noel was an English aviator, inventor and Member of Parliament, owner of a casino in Mexico and responsible for founding the firm that became Supermarine. He was also a poet who had written several plays, and an engineer who had invented dozens of objects including the self-lighting cigarette and the plane that gave rise to the Spitfire. 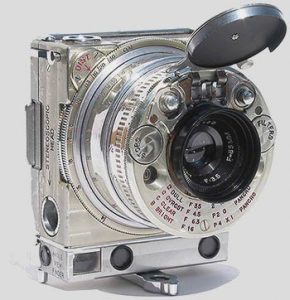 On one particular evening in the late 1920s, he decided to set himself a personal challenge, to create a camera of unprecedented quality, comprising of every function he could possibly think of and able to fit into a pack ofcigarettes!
In order to develop and make such an object, he soon realised he would need a fully integrated watch manufacturer displaying complete mastery of miniaturisation and able to rise to the wildest challenges. The Manufacture Jaeger-LeCoultre already had hundreds of calibres to its
credit, including the smallest in the world, the thinnest, and the famous Atmos clock. In 1934, Noel Pemberton Billing travelled to the Vallée de Joux, where his project was greeted with great enthusiasm.

It took three years to develop the 290 parts of the Compass, and at the camera launch in 1937 caused an extraordinary stir. It caused a sensation as much for its avant-garde design as for its stunning array of functions, including two optical viewfinders, one at a right angle; a lens hood, a built-in lens cap, filters, an extinction meter, a spirit level, a ground glass focusing screen with a folding loupe, depth of focus scale, panoramic and stereo heads, and a specially developed ultra-light tripod. Although World War II and roll film-related issues were to prove fatal to the Compass, it is still a much sought-after collector’s item. It is exhibited in several museums and has left numerous traces in the history of photography.