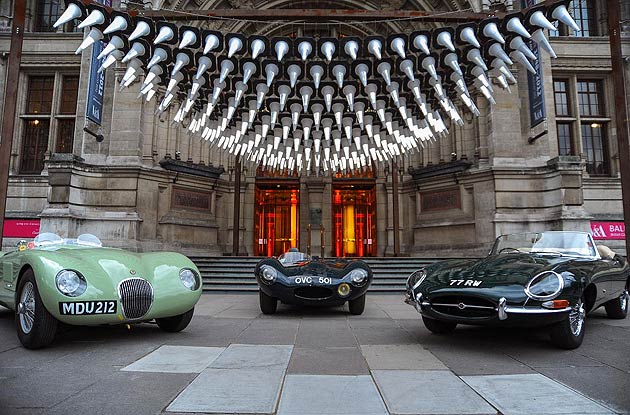 Last week, Jaguar held an event to celebrate its role in The British Design Exhibition dedicated to British design of the past and present at the Victoria and Albert Museum (V&A) in London.

On display outside the entrance to the Victoria and Albert Museum were the C-, D- and E-type Jaguar Cars and within the exhibition itself is the original E-type that was in Geneva for the car’s launch in 1961. The E-type is a British icon that has long been acclaimed for its design credentials.

The Exhibition highlights examples of great UK design from 1948 to the present. Britain has been at the forefront of great post-war design in every field from T-shirts to transport, from ad campaigns to cameras, and from fashion to phones.

The timeframe coincides with the London Olympics, from the first post-war austerity games in 1948, which provided a platform for reconciliation and reconstruction, to the present London games set to start in just a few weeks. This period also directly coincides with a hugely significant time in Jaguar’s History and in particular the iconic sports cars for which Jaguar is known. In 1948 less than one mile from the V&A, the legendary XK120 was unveiled at the London Motor Show at Earls Court. Earlier this year, Jaguar confirmed production of its next two-seater roadster, the F-type – the latest in a long bloodline of exciting sports cars from the British marque.

In response to the exhibition, Ian Callum, Director of Design, Jaguar, commented: “It’s so stimulating to be surrounded by such brilliant, yet such diverse, British design. And it’s a reminder of what a rich heritage our rain swept little island has.”

Ian Callum then went on to add: “In the midst of this exhibition dedicated to brilliant British design of the past and present, we are very pleased to be celebrating Jaguar’s role. But, just as important, we want to anticipate and celebrate the future, and an upcoming generation of great Jaguar sports cars. The C, D and E-type Jaguars sum up truly great automotive design, and so in creating our next new sports car, the F-type, I have been acutely aware of these dramatic and beautiful entities.” 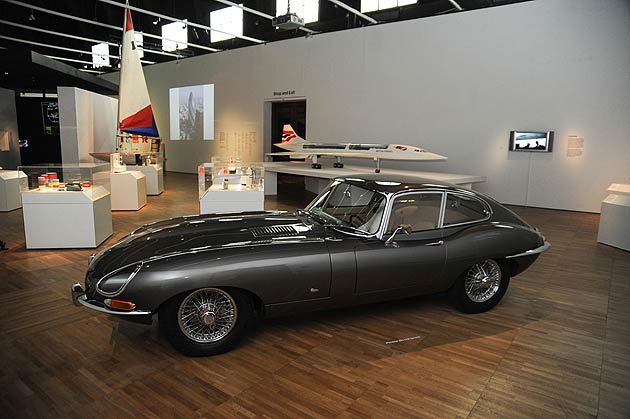