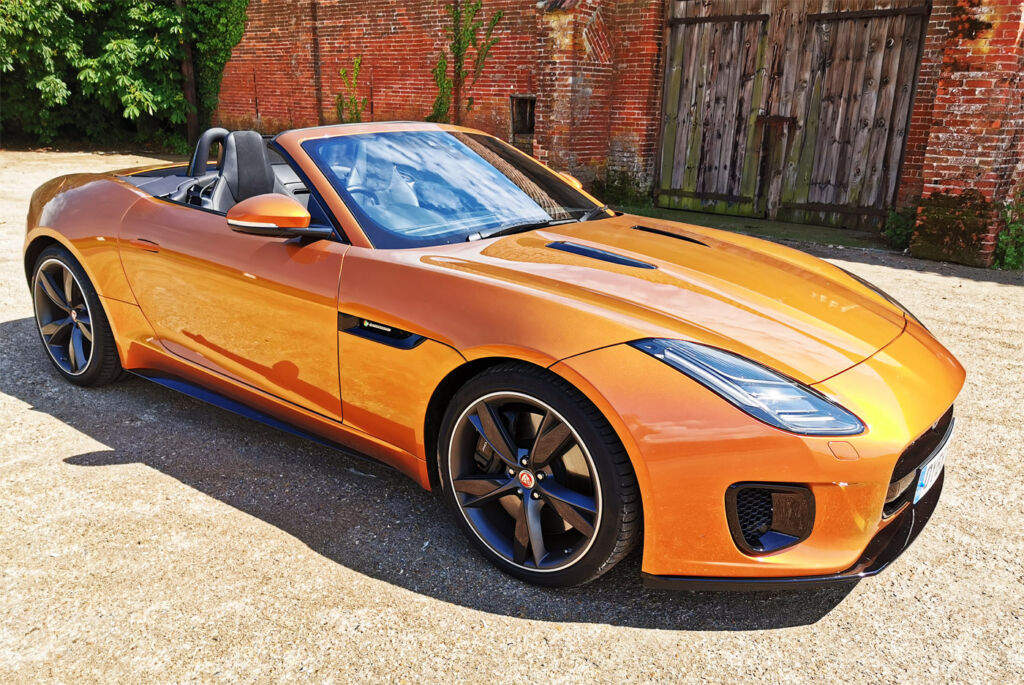 Online Editor, Simon Wittenberg, gets behind the wheel of Jaguar’s open-top two-seater on the roads of East Anglia.

Cast your mind back to the 2012 Paris Motor Show, and this is when Jaguar’s new two-seater sportscar was first unveiled to the world, before going on sale the following year. Using a shortened platform that once belonged to the still very good-looking XK, the model drew its inspiration from the iconic E-Type, and was penned by Ian Callum, who recently announced his departure from Jaguar after holding the position of design director for two decades.

The F-TYPE comes in two different body styles, which are namely Convertible and Coupé. In the current Convertible line-up, the entry-level model, simply called the F-TYPE, starts at a base price of £57,790. 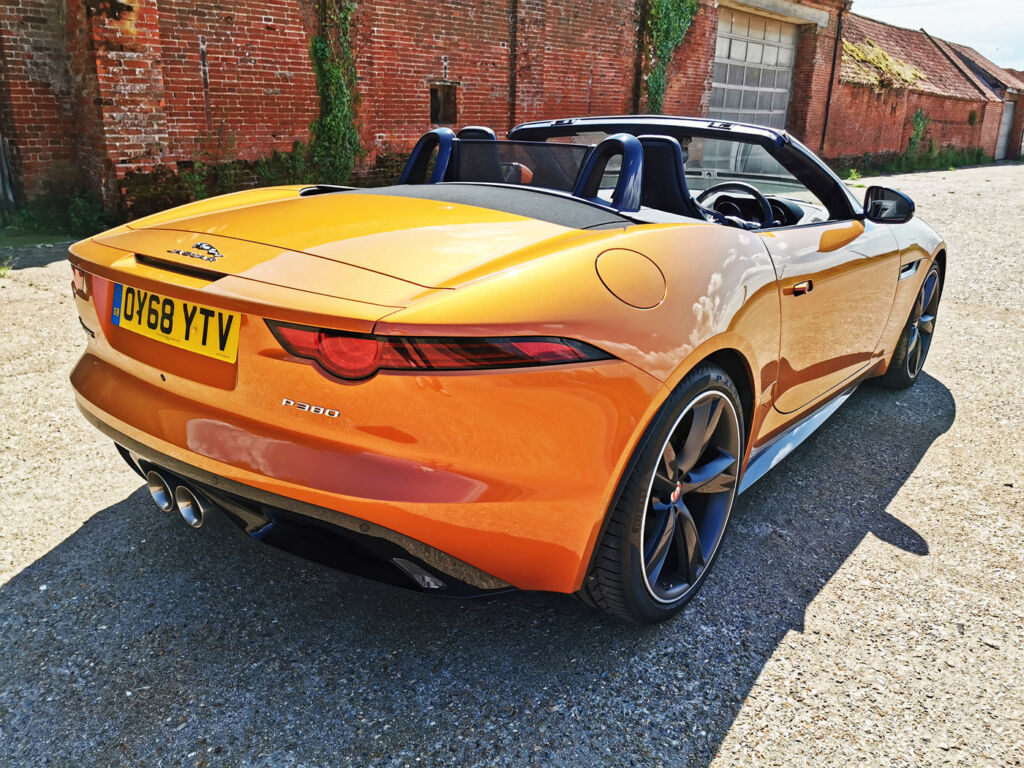 This is followed by the R-Dynamic (formerly known as the F-TYPE S), the Chequered Flag special edition (which is actually based on the R-Dynamic), and the R. The range is spearheaded by the mighty £119,000, 567 hp SVR which is capable of a staggering top speed of 200 mph. 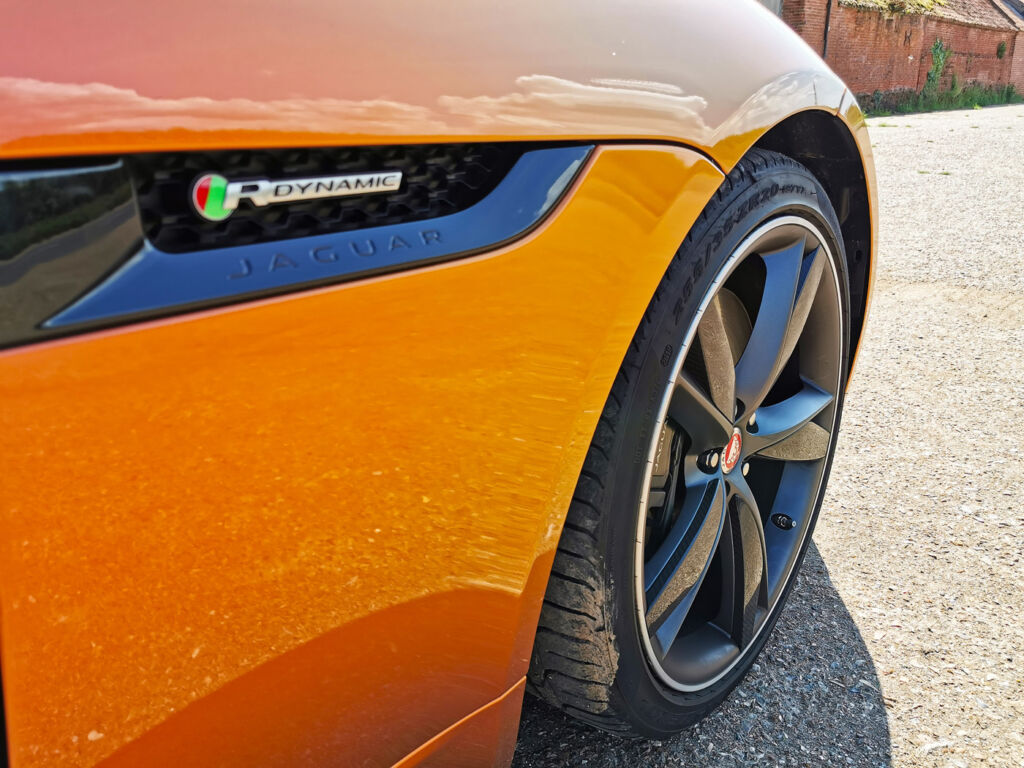 Our test car was in the guise of the rear-wheel drive R-Dynamic, and using the online configurator, there’s a choice of two different engines and three levels of power. These are namely the P300 – the four-cylinder Ingenium 2.0-litre turbo unit delivering 296 hp, and the supercharged 3.0-litre V6. With the latter, you can either choose the 335 hp P340, which I sampled a few years ago when at the wheel of the XE S (which is no longer produced for European markets), or the more powerful 375 hp P380 variant. Depending on how you wish to move up and down the ratios, it can be married to a manual or automatic transmission.

The specification that we tried was the P380 with an eight-speed auto box, therefore bringing the OTR price before options to £72,835.