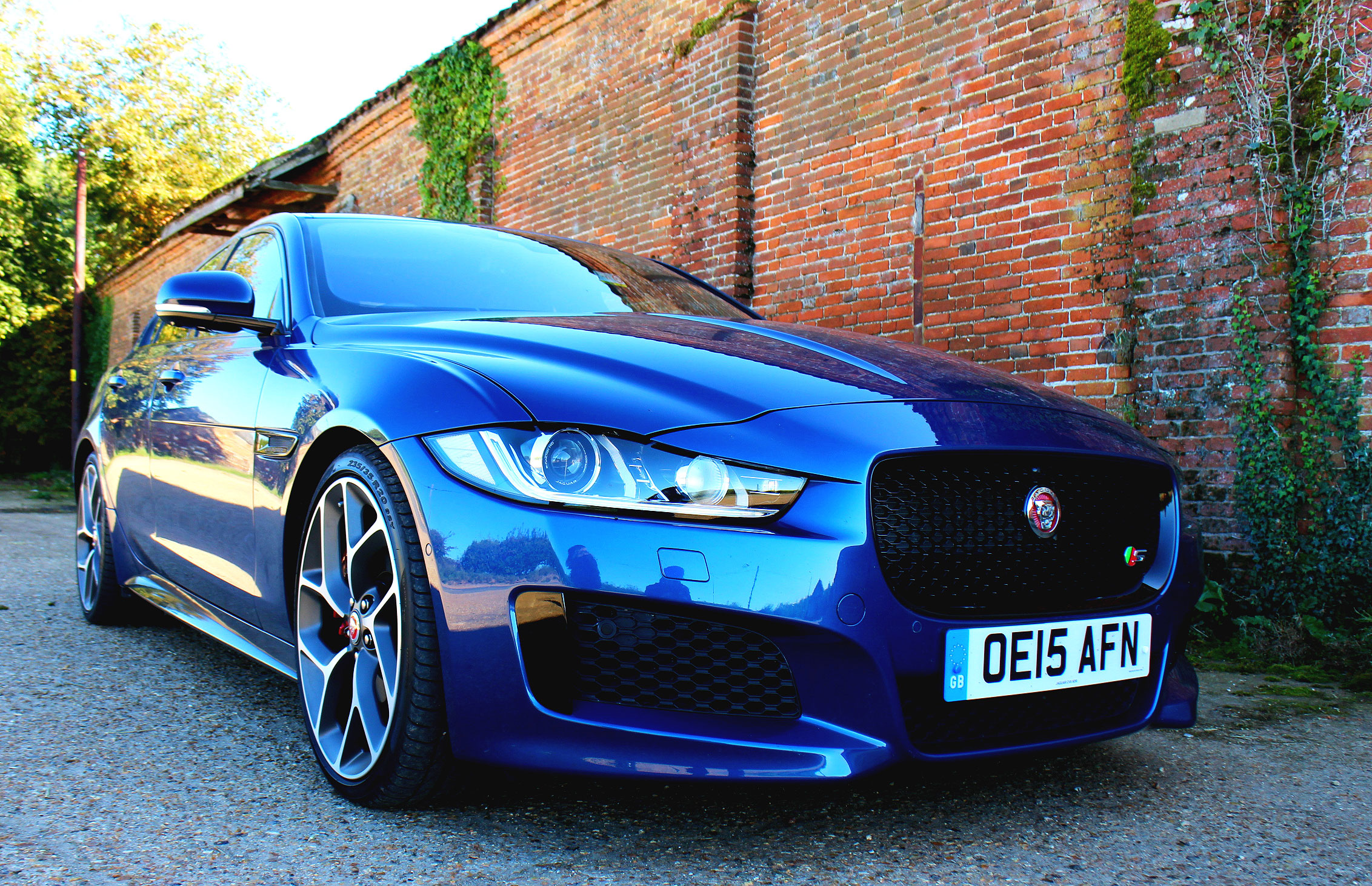 Simon Wittenberg, puts the Jaguar XE S through its paces on the twisting country lanes of North Norfolk.

What is it?
The recently-launched and highly-anticipated XE sports saloon is Jaguar’s answer to the likes of the BMW 3-Series and the Mercedes-Benz C-Class, and sits below the XF and XJ model lines. It is the most aerodynamic Jaguar ever, and comes in multiple variants, starting with the 2.0-litre diesel, and culminating with the top-of-the-range ‘S’ which we tried. The latter borrows the supercharged 335 hp 3.0-litre V6 engine and eight-speed ZF automatic gearbox from its older cousin, the entry-level F-Type two-seater sportscar, resulting in an engaging drive. 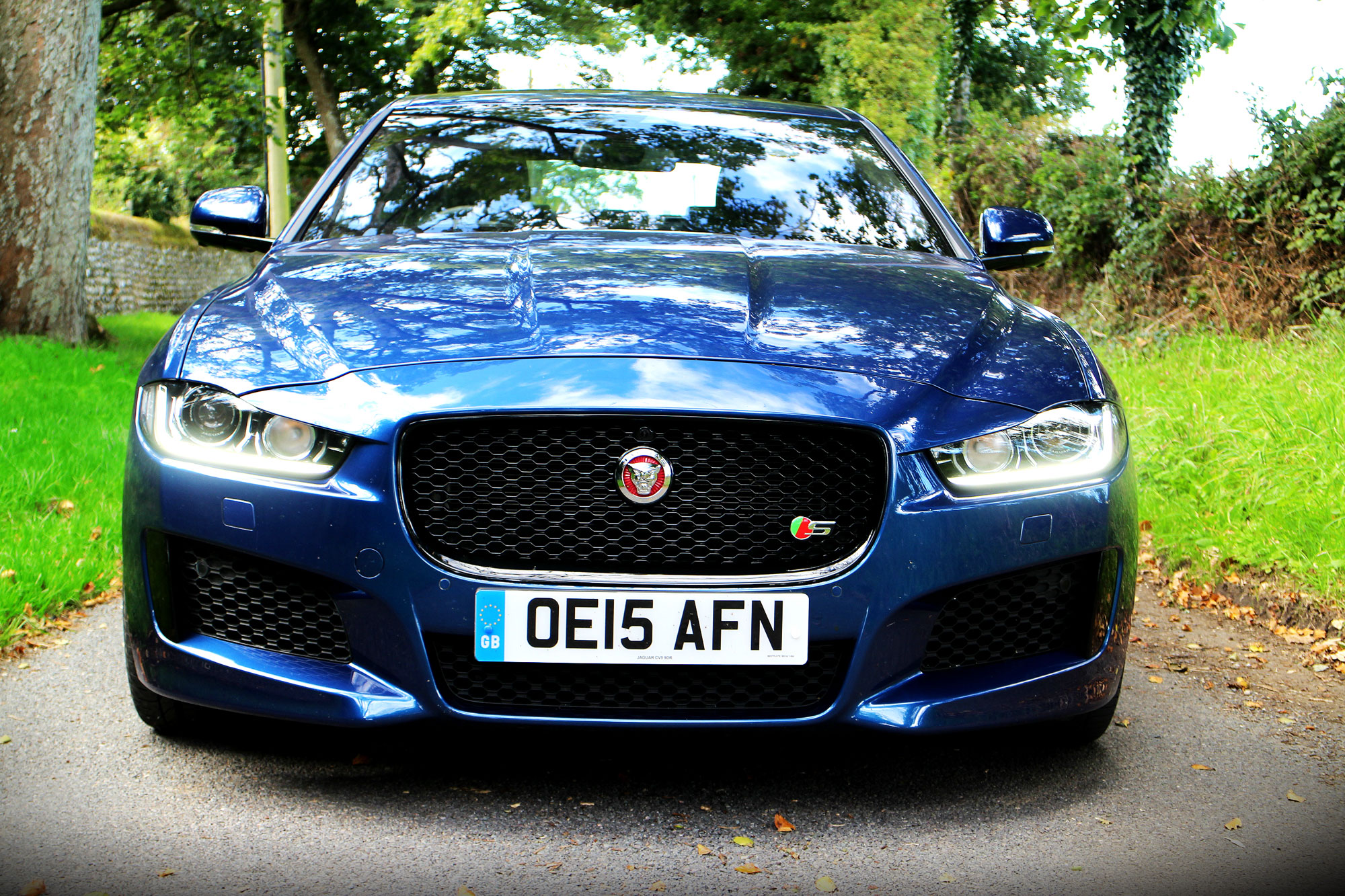 The body of the Jaguar XE S is made from 75% aluminium (mostly recycled) for low weight and high strength, resulting in the car tipping the scales at just over 1,600kg. The design is sporty, but at the same time conservative and sophisticated. At the front, between the sleek bi-xenon headlamps, the iconic green and red ‘S’ badge proudly sits on the front grille to let everyone know that you have the fastest XE currently available. The rear twin exhausts, and the beautifully-sculpted 20-inch 10-spoke propeller alloy wheels (available as an £800 option), which house the eye-catching red brake calipers, complete the high-performance look that characterises this model.

What’s on the inside?
The spacious and full-leather interior has been nicely styled, and although there is a plethora of buttons spread around the front of the cabin, it feels far from cluttered. 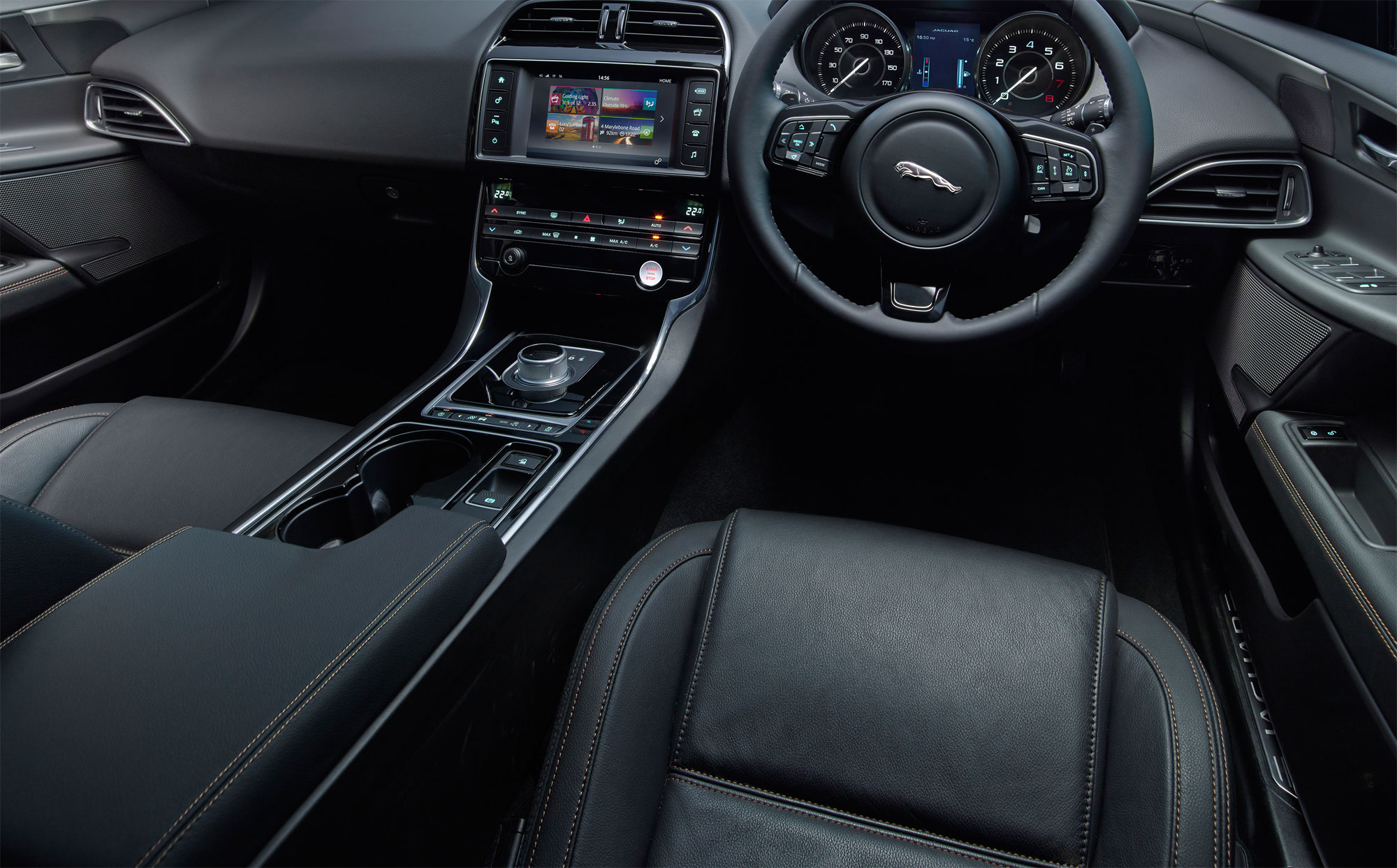 The heated and cooled 10×10 electronically-adjustable hugging ‘S’ sports seats (£1,035) are extremely supportive, and grant a comfortable driving position. The three-pronged sports steering wheel can also be heated for an extra £185, but otherwise it gives you ready finger access to the cruise control, the volume adjustment for the audio system, as well as the hands-free phone, amongst other functions.

The highly intuitive eight-inch touchscreen lies at the heart of the XE’s all-new InControl Touch infotainment system. This provides access to the in-car Wi-Fi (operated via a SIM card), satellite navigation, which is clear to follow (directions are also shown on the dashboard), but there is no indication of any upcoming speed cameras which some may find useful, being the car that it is. Also to hand here is the interface for the entertainment system. 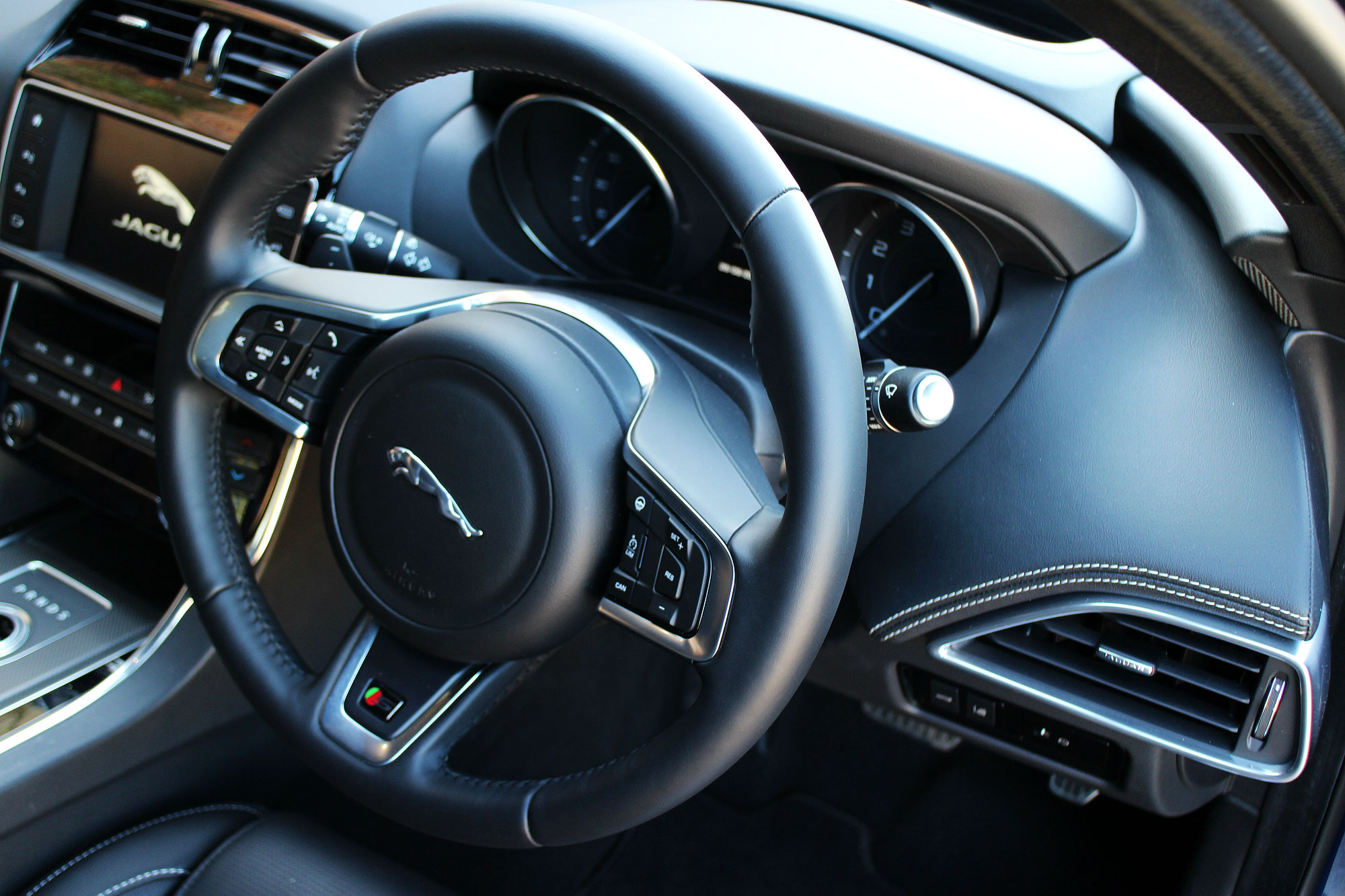 Although you can listen to the notes of the Jaguar XE S for hours on end, Meridian Audio is a specialist in creating the purest of concert-like entertainment, and having sat in other products of the Jaguar Land Rover group, it is never disappointing. Developed specifically for the XE, the standard 11-speaker configuration includes a powerful subwoofer, and is nothing short of a masterpiece. The screen equally doubles up as the mighty clever surround camera system which gives a birds-eye view of the car using all of the XE’s four built-in cameras. This is also activated when reversing, which is essential, as the visibility out the back is somewhat limited past the bottom of the windscreen.

On the base of the centre console is the easy-to-use rotary gear selector which rises up in James Bond-esque style when the ignition is turned on, and allows you to switch between the different auto modes, from Park through to Sport.

Other handy features of the XE to make life that bit more easy, is the powered boot lid which can be operated at the touch of a button, either from within the cabin, or on the key fob itself. The remote can also be used to regulate the ‘Timed Climate Control’, where, in advance of stepping into it, the car can draw in fresh air to cool the cabin on a hot day, or heat it up to avoid any shivers on a chilly winter’s morning. 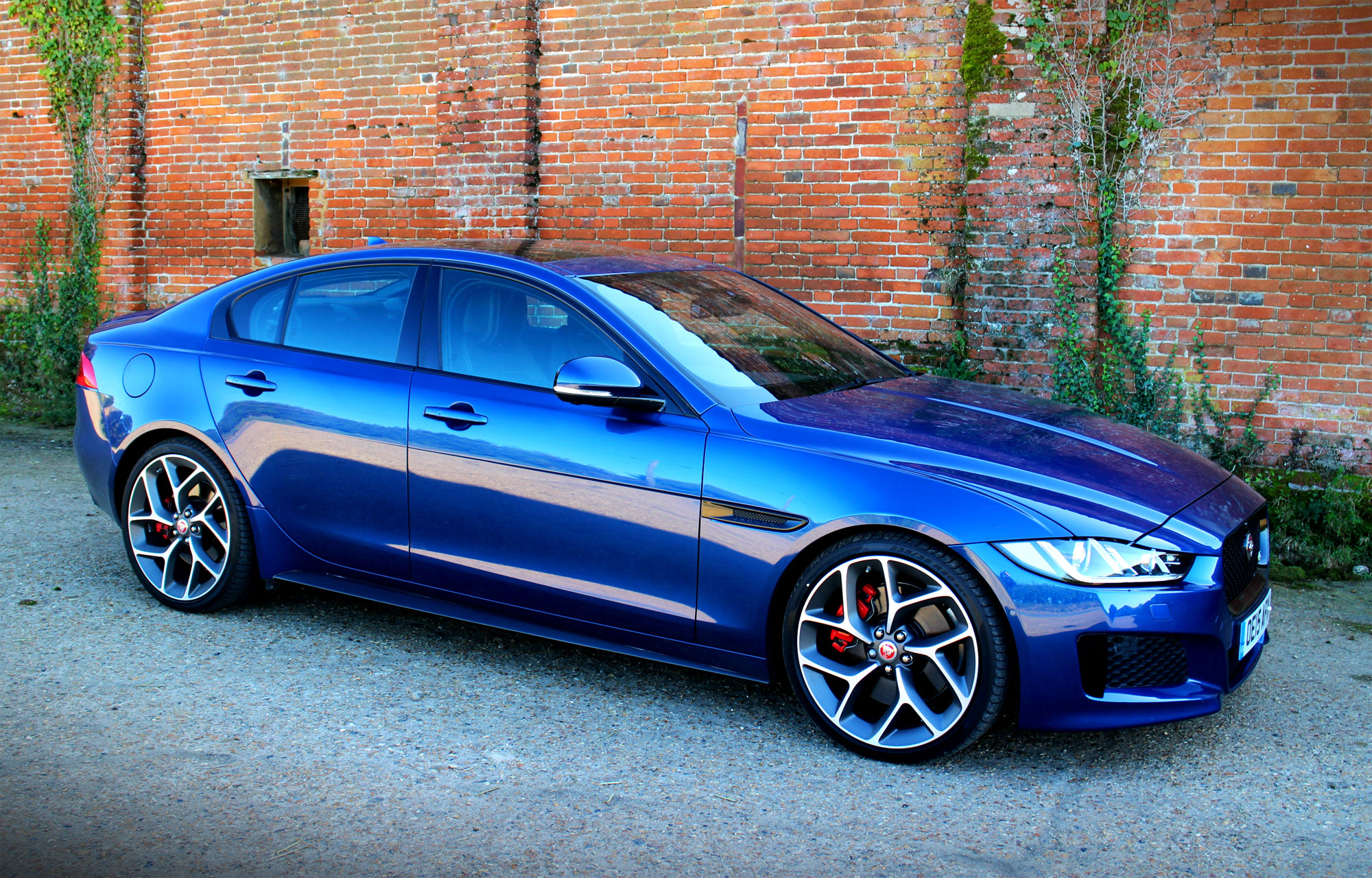 What’s it like to drive?
Married to the highly-responsive gearbox, the Jaguar XE S can reach 60 mph in just 4.9 seconds, and therefore it’s far from slow when getting off the mark. As you would expect with the V6 coming from the F-Type, there is a pleasant, albeit addictive growl from the twin exhausts as you put your foot down, reinforcing the sporty nature of this car.

This is further deepened when you switch the JaguarDrive Control into Dynamic mode (denoted by the button displaying the chequered flag at the base of the rotary selector). This is thanks to the automatic gear shifts being made quicker and more slick at higher engine speeds. The electronic power steering is responsive and precise, the ride on the sports suspension is very smooth, and there is plenty of grip and balance when cornering. The much-needed and impressive stopping power delivered by the XE S comes courtesy of the high-performance braking system which features lightweight sliding calipers, and large front and rear discs. The Jaguar XE S also brings the added benefit of very little road noise, which made it a pleasure to drive on our 300-mile round trip. The XE S returns a combined fuel economy of 34.9mpg, clearly subject to you not being on the throttle the whole time, and having a too bigger dose of enjoyment. This is easier said than done, as it’s a car that simply begs you to drive harder and faster when the opportunity allows. 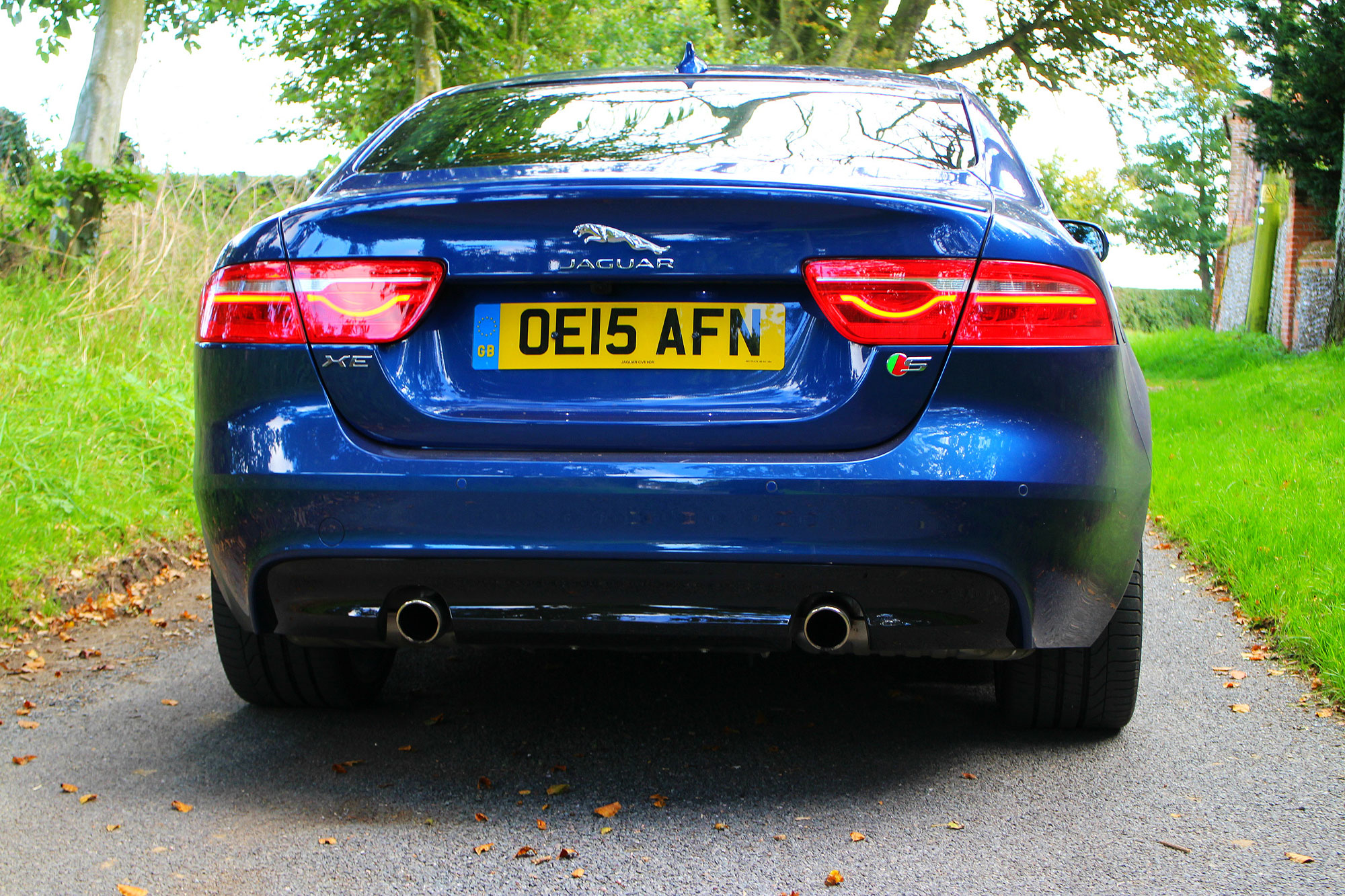 Conclusion…
The Jaguar XE S is stylish, comfortable and effortless, with enough power under the bonnet to satisfy those who want to have a bit of fun, whilst also remaining a practical luxury saloon for daily use. The good news is, is that the ‘S’ is not where the XE story ends (apparently). In the motoring circles, rumour has it that a more potent XE-R is in the pipeline, which is set to use the V8 from the higher spec F-Type. If this is true Jaguar, then please can we join what I’m sure will be a long line of petrolheads who are just as keen as we are to have a go… 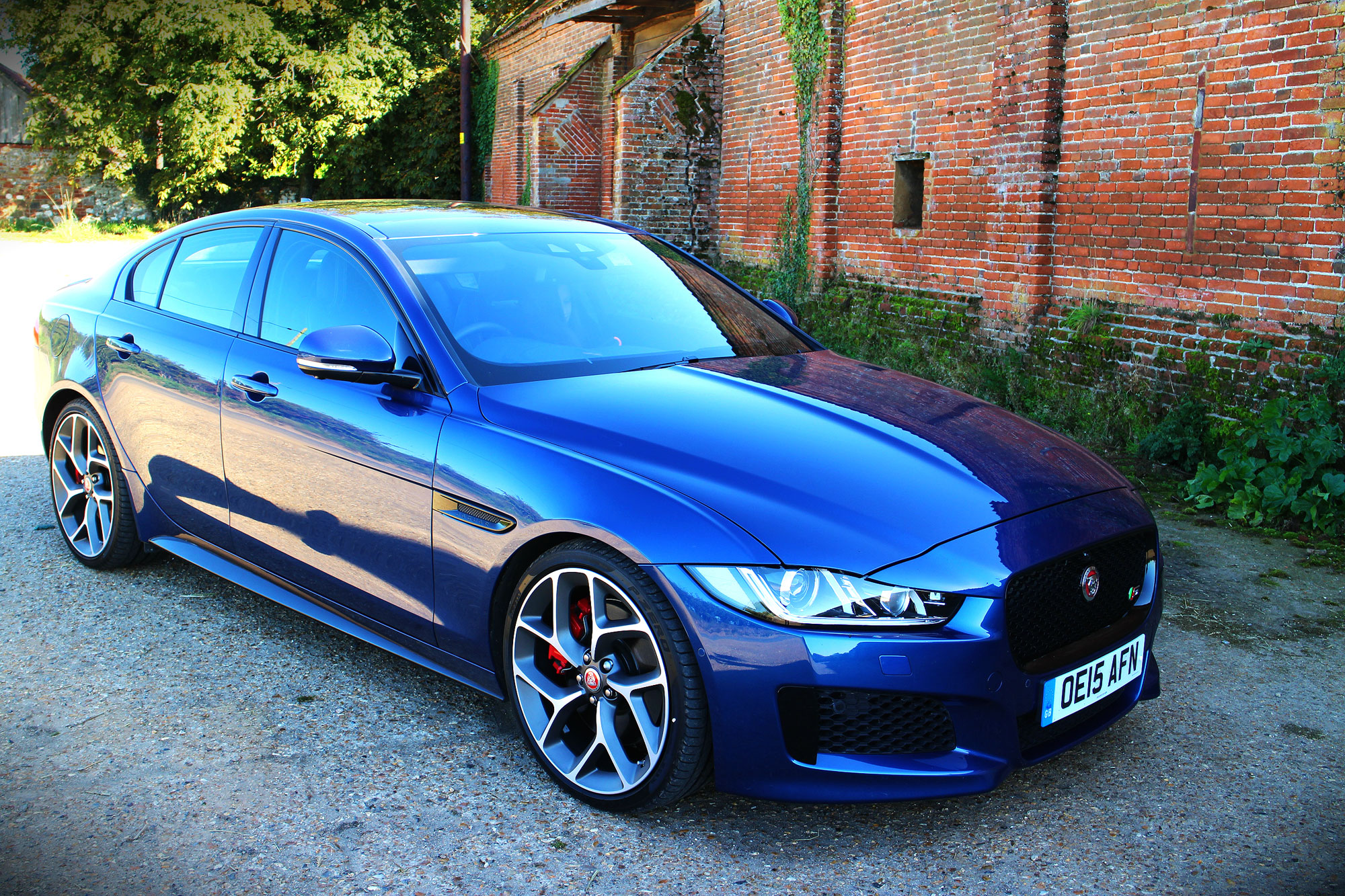