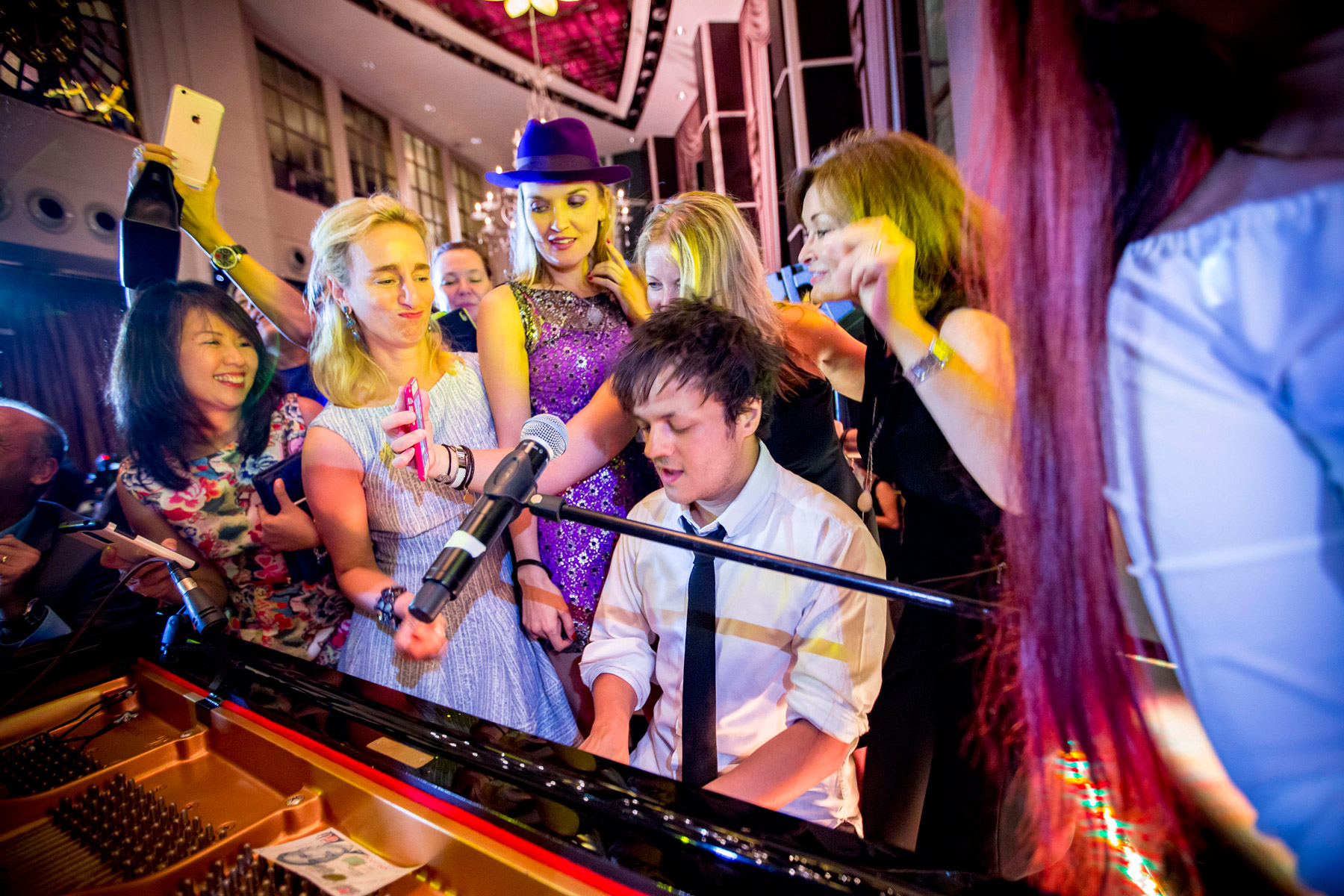 Ong Chin Huat meets up with this internationally acclaimed Jazz artiste Jamie Cullum at the St. Regis Singapore to find out what fame means to him 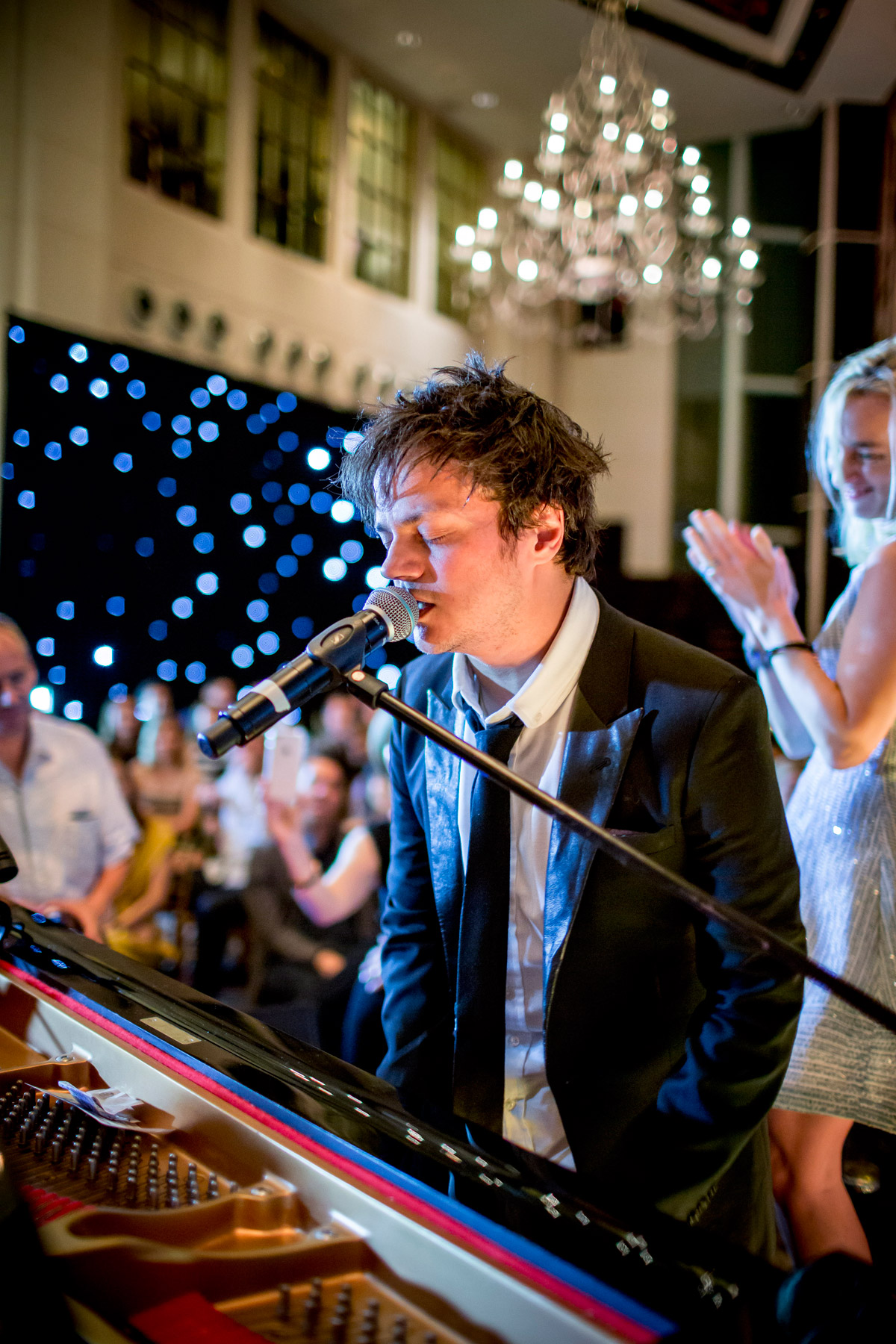 As a St.Regis Connoisseur, Jazz sensation Jamie Cullum has delighted audiences and guests at St. Regis properties around the world with his trademark renditions of old Jazz hits and contemporary tunes. Following in the footsteps of Jazz legends such as Count Basie, Duke Ellington and Buddy Rich, this best-selling and award-winning jazz musician recently enthralled audiences in Singapore with a one-night-only event at the stellar hotel’s Brasserie Les Saveurs located within the hotel’s lobby level.

Over 150 music lovers and jazz enthusiasts which made up the crème de la crème of Singapore society turned up to tap their feet, click their fingers and sing along with this much-loved and hugely-popular jazz artiste. Among the VIPs seen enjoying themselves at this fun-filled mini-concert were Philip Green, the Australian High Commissioner and Scott Wightman, the British High Commissioner. 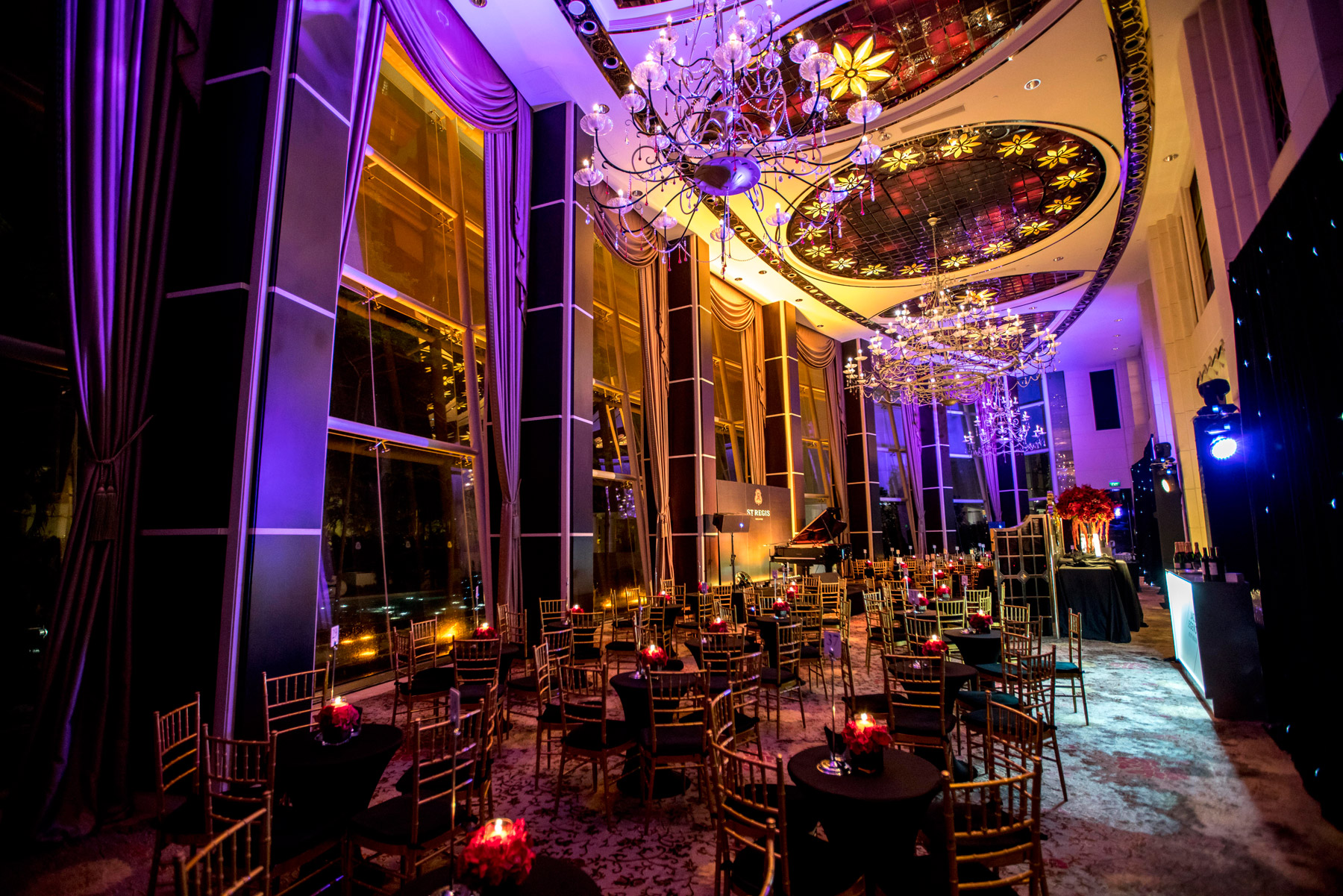 Decorated in shades of red and velvety black, Brasserie Les Saveurs was transformed into a jazz club albeit a super luxurious one where guests sipped on thirst-quenching champagne and nibbled on delicious canapés while enjoying tunes like What a Difference a Day Made, Don’t You Know and his breakout song, Everlasting Love, all which Cullum belted on the piano.

Earlier in the day, Cullum who had just flown in that morning from the UK turned up for afternoon tea held at the sumptuous and tastefully decorated Presidential Suite with the media. Despite his jet-lag, Cullum charmed everyone present with his witty quips, fast one-liners and rip-roaring jokes. “I’ve been to Singapore a few times but never have I been to a room such as this,” Cullum said his eyes widening at the opulence surrounding him. “I got into music by accident as it was a passion plus I thought it was a good way to impress the girls.” 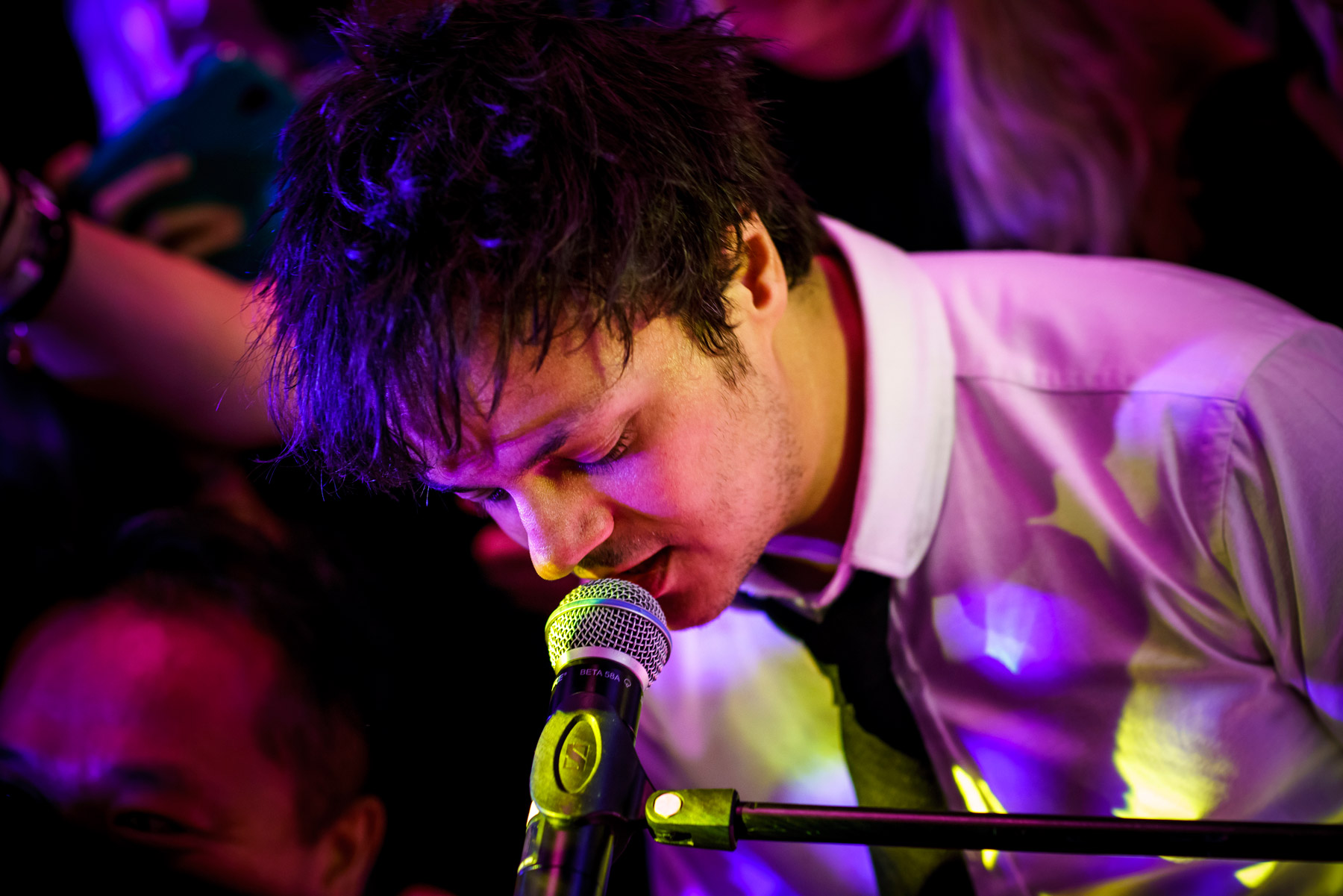 After playing a medley of his most popular songs such as Pillow Talk, I Could Have Danced All Night and Umbrella, Cullum gave a few tips on how he protects his voice before a performance. “I drink a lot of water and try to get more sleep and don’t party too much after the show…. The worst thing is going into a noisy bar and talking to people,” he revealed. 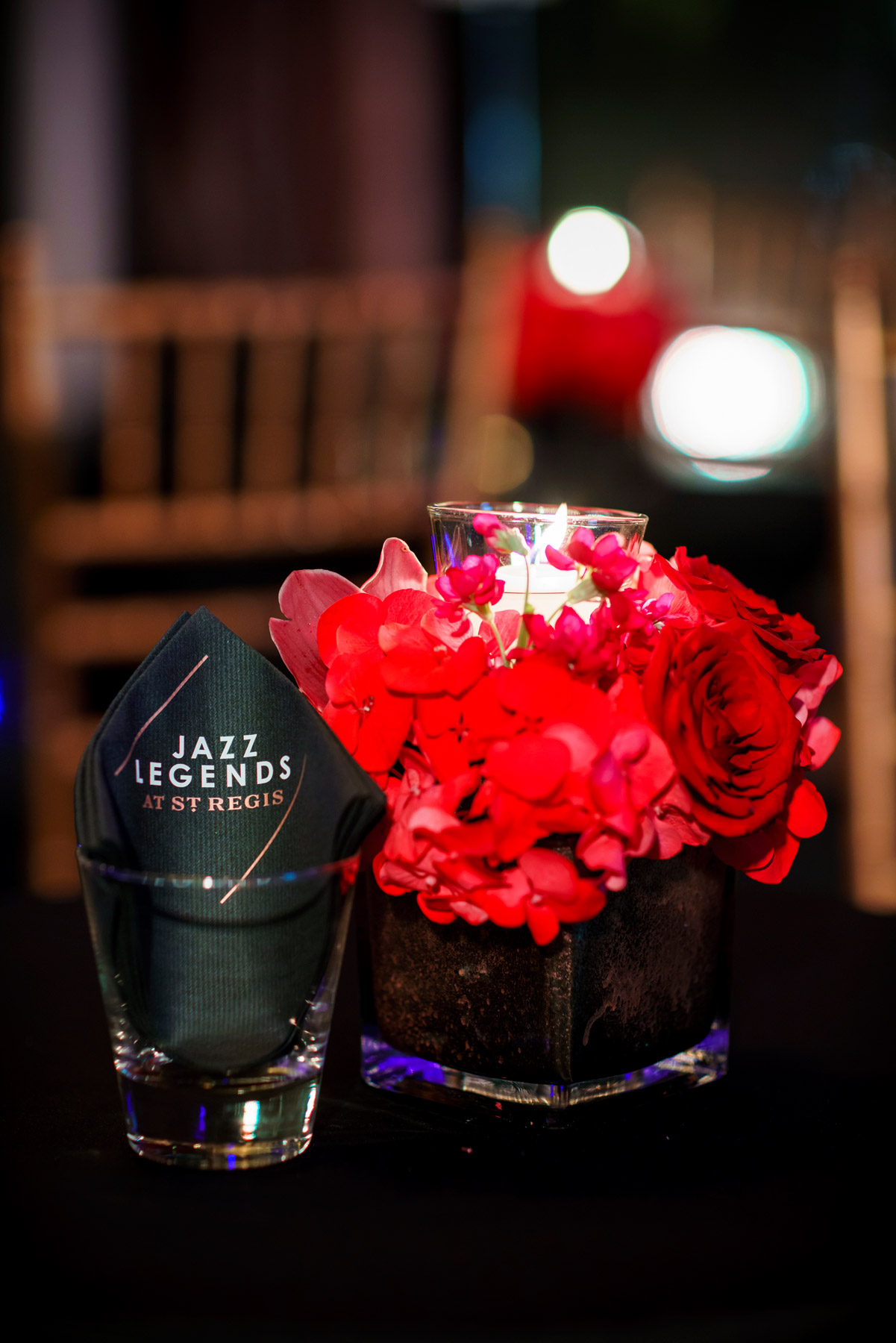 Cullum’s performance was part of the ‘Jazz Legends at The St. Regis’ series, where he is the newest St. Regis Connoisseur. The series celebrates contemporary jazz alongside modern interpretations of traditional jazz tunes and consists of intimate jazz soirees and performances planned in St. Regis properties around the world.

Following the Asian Pacific “Jazz Legends at The St. Regis’ debut at the St. Regis Bangkok in November last year, Cullum flew off to the St. Regis Osaka right after his performance in Singapore. Launched just last year at the St. Regis Washington D.C., the ‘Jazz Legends’ series is a tribute of sorts to the Jazz Age and the Jazz legends such as Duke Ellington and Count Basie who used to perform at the rooftop ballroom of the iconic St. Regis New York. “Jazz is the quintessential American music genre which is deeply ingrained in the St. Regis legacy and we’re thrilled to share our passion for jazz with the launch of ‘Jazz Legends at St. Regis’ in Asia Pacific,” said Fay-Linn Yeoh, Asia Pacific Brand Director, St. Regis Hotels & Resorts and The Luxury Collection.

Klaus Christandl, the GM of the St. Regis Singapore personally welcomed all his guests and looked very pleased with the superb turnout. “With Jamie’s eclectic performance and the amazing interaction between him and our guests, the evening has been very rewarding and successful for us…. And we look forward to presenting more such experiences to our guests.” 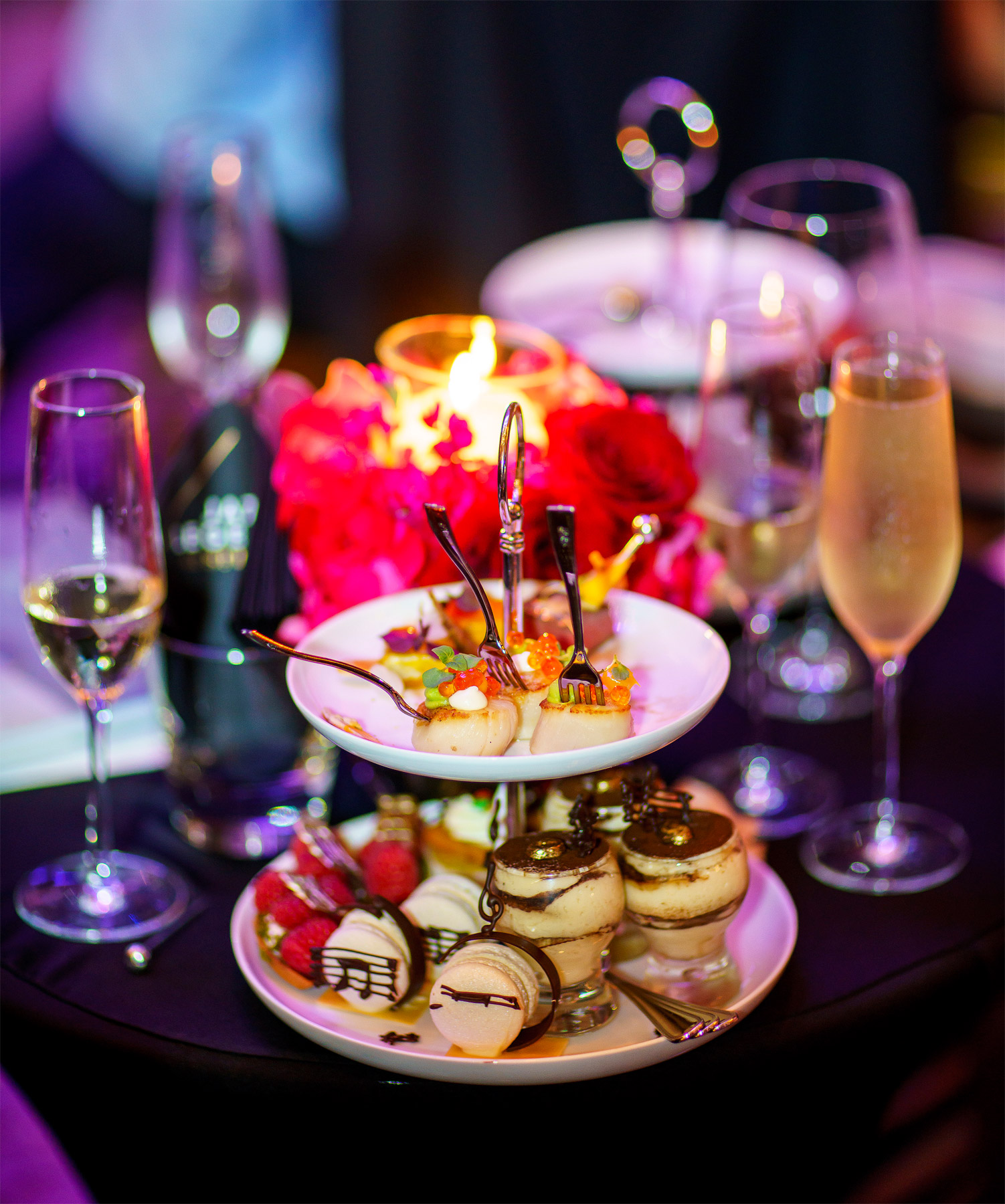 Cullum’s performance must have whetted the appetites of the guests as soon after, a mouth-watering midnight supper was served and even the maestro himself popped by to indulge. Friendly, warm and down-to-earth, Cullum was the consummate professional and turned everyone in the room into instant fans, if they weren’t already.

Champagne in hand, Cullum summed up his journey as a prolific musician and human being thus far.

“You can quantify success by the number of albums sold or how many people want to take your picture,” says this multi-platinum artist philosophically. “You think when that happens you’ll feel validated. But you don’t feel that at all. The only thing that makes a difference is the work you are doing. I keep telling myself to enjoy the process of creating. I think that’s the best part as it gives you the greatest pleasure. Fame doesn’t define me as it’s an empty promise.” 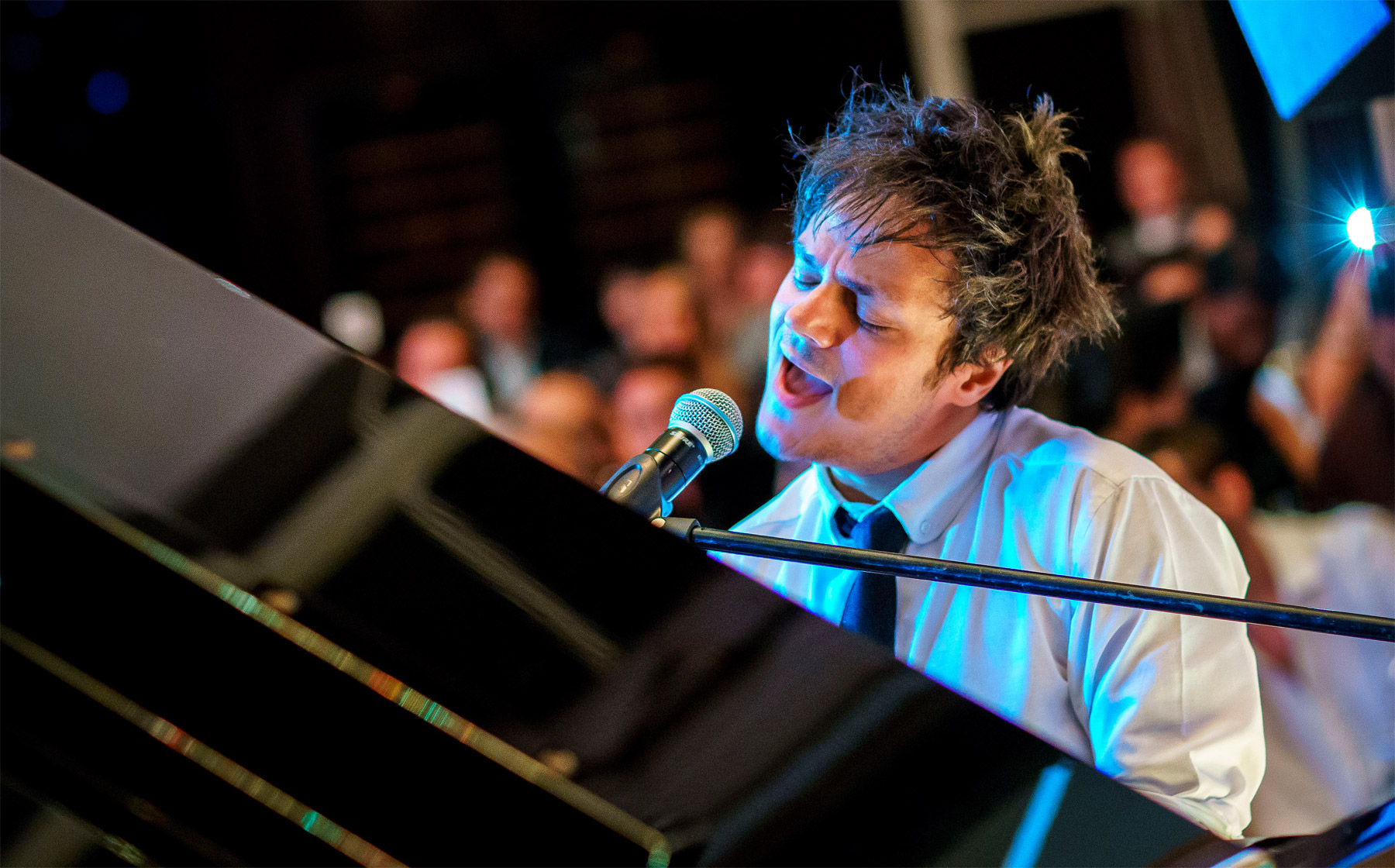