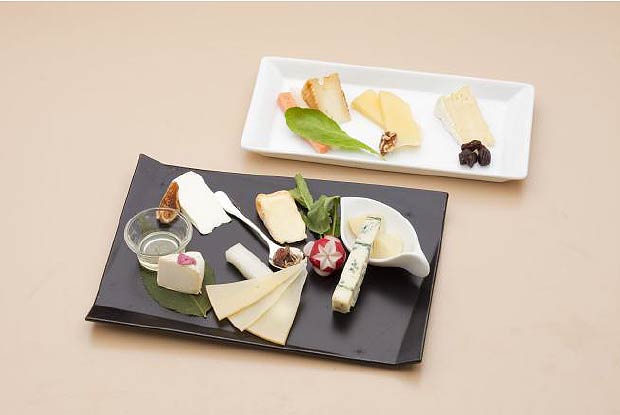 Japan Airlines (JAL) will be refreshing a part of its lineup of in-flight meals onboard most international routes from September 1, 2012 with new creations designed in collaboration with several reputable Japanese food companies as the airline continues to introduce the distinctive food culture of Japan to its customers. 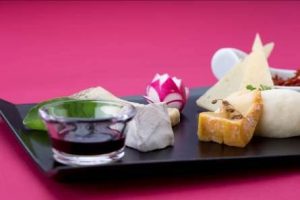 Following the renewal of its onboard wine list earlier this year, JAL began offering the fine quality of Japanese cheese from March this year to First and Executive Class customers on most of its long-haul international flights.

Come September, JAL will introduce a new array of Japan-made cheese with unique flavors such as those from the yeast of miso (fermented mixture of rice, barley and/or soybeans) and sake (Japanese rice wine). JAL invites customers to discover the excellence of Japanese cheese by sampling the assortment offered onboard, and matching it with various western wines, Japanese rice wines, and other suitable alcoholic beverages. 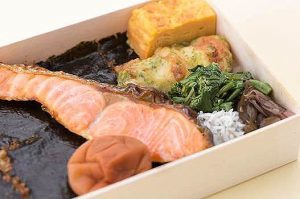 Nori (dried seaweed), known for its curative properties since ancient times and an indispensable ingredient in Japanese cuisine, is the focus of this healthy and easy-to-eat meal served with steamed rice in a typical Japanese style lunch box (bento). Using top-rated seaweed from Mikawa, Aichi and complemented with bonito flakes from Makurazaki, Kagoshima, NORIBEN is served with appetizing side dishes; grilled salmon, whitebait and chikuwa (a Japanese food product made from broiling or steaming a paste made mainly from fish meat) will be available in the coming months of September to November, while grilled chicken and fried burdock will be served between December and February next year.

AIR SERIES – AIR TAIMEIKEN and AIR YOSHINOYA
For the sixth installation of JAL’s AIR SERIES – a string of tie-ups with popular Japanese restaurants to recreate their signature dishes for in-flight meals, the airline has partnered well-known western restaurant Taimeiken in Nihonbashi, Tokyo. Established in 1931, Taimeiken serves a wide variety of western-style dishes and is most well-known for its Dandelion Omelet Rice – an all-time favorite meal that was developed independently in Japan. 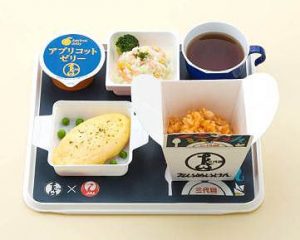 Under the supervision of Chef Hiroshi Modegi, AIR TAIMEIKEN was perfected after rounds of trial and error to find the best cooking method, packaging, meal presentation etc., to reproduce the tastiness and texture of the fluffy omelet dish when served onboard. Onboard, the omelet and rice with chicken slices are served separately. When ready to eat, it is recommended to place the omelet over the rice and to cut it down the middle so it flaps open over the rice, looking like a soft yellow dandelion flower. Garnish it with peas and ketchup and it is all set to be savored.

In addition, Air Yoshinoya will be making a comeback on JAL’s daily flight from Los Angeles to Narita. The JAL Original version of popular Japanese food chain Yoshinoya’s traditional beef bowl was the third installation of the AIR SERIES first served onboard outbound Japan flights to select international destinations earlier this year.

Packaged to be served thousands of feet up in the air and in the lower humidity in the passenger cabin, the beef is kept separate from the rice and comes with more sauce to retain the succulence of the beef bowls served in Yoshinoya shops. In First Class, customers will be served with actual china that has the JAL brand logo mark incorporated into the design of Yoshinoya’s trademark bowl.

AIR TAIMEIKEN and AIR YOSHINOYA will be served in Premium Economy and Economy Class during the second meal service of the flights, and will be available to First and Executive Class customers anytime during the flight as part of the “Anytime You Wish*” service.

JAL aims to be its customers’ favorite airline of all times, and is committed to continue coming up with original, refreshing and quality products and services that will meet their needs.