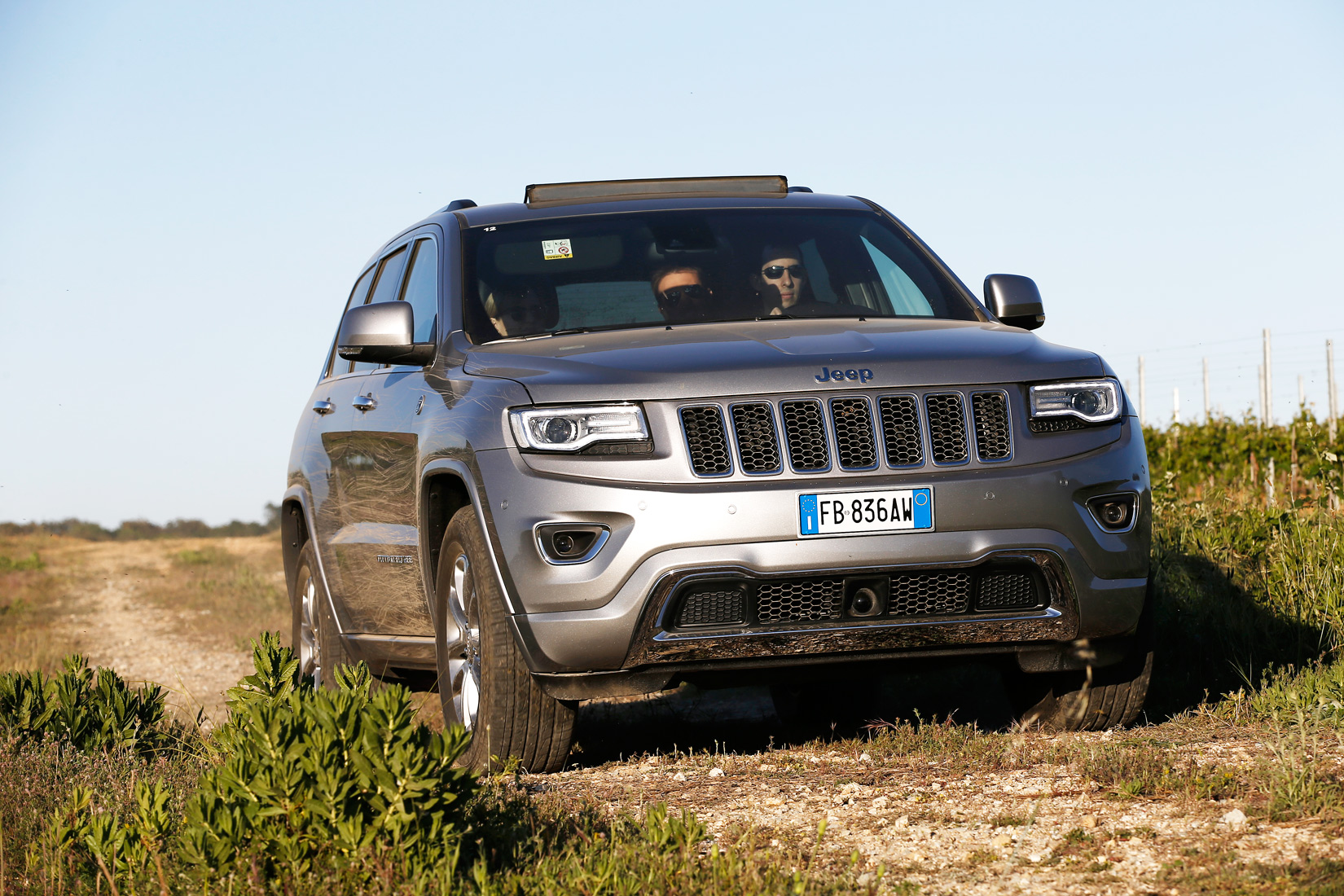 What is it?
The Grand Cherokee name dates back to 1992, and has evolved over the decades, with the current guise emerging in 2014. Built at the three million square foot Jefferson North Assembly Plant (JNAP) in Detroit, USA, the four-wheel drive 3.0 CRD V6 Overland is the most luxurious model of the current Grand Cherokee line-up. It also counts the 3.0 CRD V6 Summit, as well as the top-of-the-range £66,000 SRT featuring the mighty 6.4-litre HEMI V8 engine.

What’s on the outside?
The Grand Cherokee Overland does have a sophisticated edge to it, and the front is characterised by Jeep’s iconic seven-slot grille which is flanked by the nicely sculpted Bi-Xenon HID headlamps. Below the bumper, there is yet another secondary grille which has been styled with an elegant chrome surround. The polished five-spoke alloy wheels with Mineral Grey painted pockets, which host the 20-inch tyres, or the 21-inch Kumho rubber with the Off Road II pack, add to the Grand Cherokee’s robust look and presence. The rear comes with a handy electric tailgate, and is finished with an aerodynamic spoiler, the sweeping Overland badge, and twin exhaust pipes to create a sporty persona.

What’s on the inside?
The Overland has a stylish and roomy full black Nappa leather interior complete with the Overland insignia etched into the seats, making for an upmarket feel. Open-pore wood trim surrounds the door handles and extends to the centre console and the top portion of the leather-wrapped heated steering wheel.

At the heart of the cabin is the innovative Uconnect® 8.4-inch touchscreen which offers complete access to all functions, including Bluetooth connectivity for phone and voice commands, DAB radio and premium satellite navigation with 3D graphics. It’s very intuitive to use, and is one of the more sophisticated offerings that we have sampled in the Jeep line-up. It also doubles up as the ParkView reversing camera which is a welcomed addition, and moving gridlines help guide you into the tightest of spaces.

Standard on the Overland is the Commandview™ dual pane panoramic sunroof which is cleverly constructed so that you can open it above just the driver and passenger, or extend it so that it floods the whole interior with natural light if there are people in the back.

What’s it like to drive?
Thanks to the eight-way adjustable seat with a built-in memory function, the driving position is extremely comfortable and can be set accurately to suit individual needs. Out on the open road, the three-litre V6 turbo engine, which boasts Fiat Group Automobiles’ ground-breaking MultiJet 2 technology for power and fuel-saving efficiency, is surprisingly quiet for a diesel. With 250 hp at 4,000 rpm on tap, and torque of 570 Nm at 2,000 rpm, power delivery is very good when you need it, and you can get away from the lights or overtake on a hill with ease, and the sprint from 0 to 62 mph takes just over eight seconds. Fuel economy is quoted at a respectable 38 mpg.

The eight-speed automatic transmission which comes as standard, is controlled via the gear selector which allows you to click through from Park to Drive at the touch of a finger. The only downside that we saw is that it’s challenging to see what you have selected during periods of intense sunlight if you don’t look up at the dash display. However, when engaged, it offers fast and smooth gear changes, and 40 individual maps allow the gearbox to automatically adapt to specific driving conditions to optimise the quality of these. In addition, intelligent software takes into account variables such as acceleration, engine torque, gradients, kick-down events and travelling speed to determine the appropriate shift map.

We set off from the five-star Château de la Messardière hotel which was immediately followed by narrow winding roads. The highly precise steering was invaluable here, and body roll was not too noticeable. Out on the faster-flowing routes, the ride proved refined and smooth with very little intrusion from road noise, and this car is an ideal motorway cruiser. 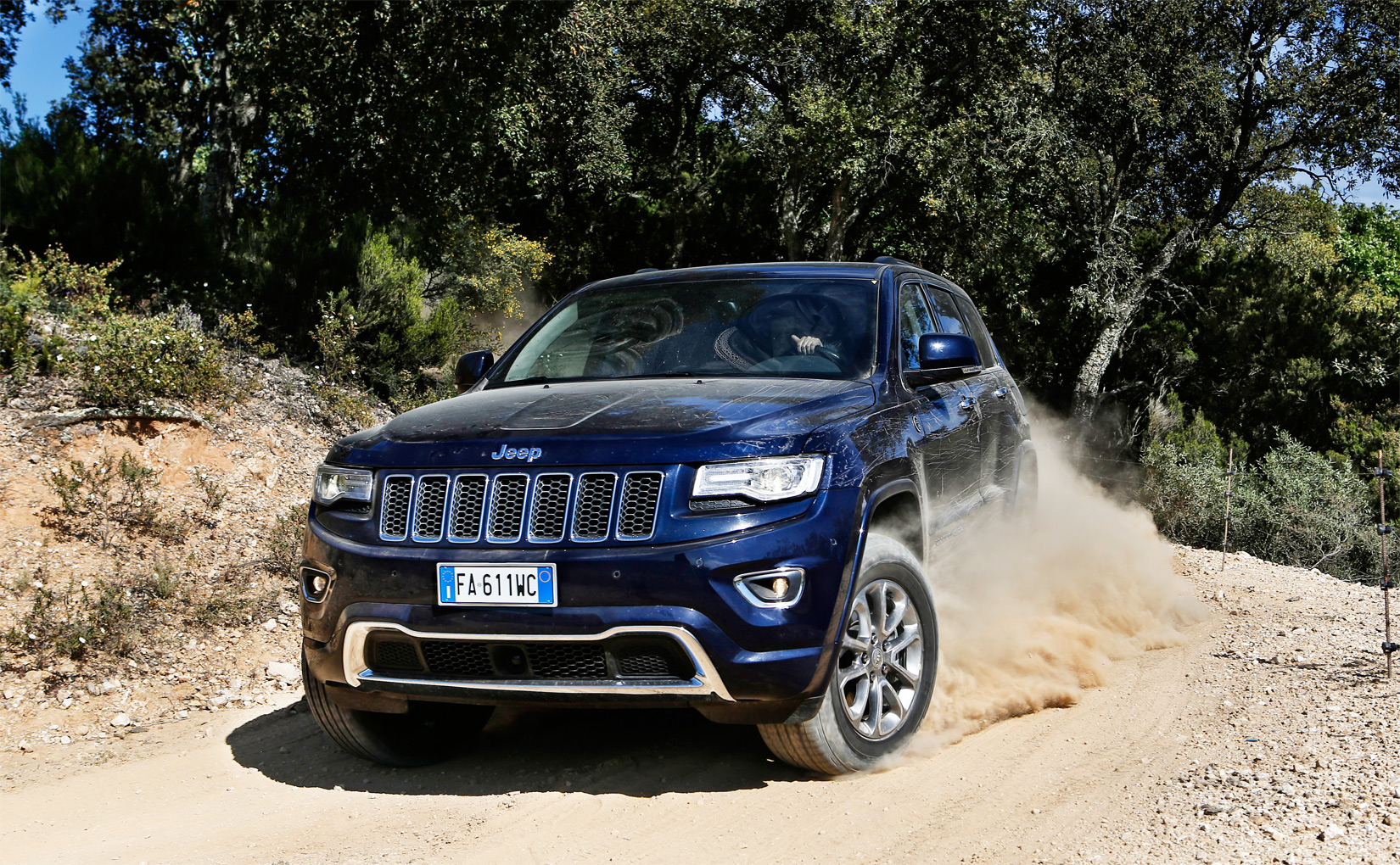 The large majority of Grand Cherokees will probably never venture on to rocky ground, but it’s a highly capable and hard-working machine as we found out, when we took to the uneven tracks of the 100-acre estate of the Domaine de La Rouillère vineyard in Gassin. The Overland has the Quadra-Drive II four-wheel drive system fitted at no extra cost which delivers great off-road performance. Selecting the 4WD LOW button at the base of the gear shifter splits the torque with a 50-50 ratio between the front and rear axles for increased traction, thereby allowing us to easily master a descent when riding on the side of a bank. With a wheelbase of nearly three metres, and weighing in at over two tonnes, the Grand Cherokee is very impressive even when resting on three wheels, and with three other passengers in the car.

Quadra-Lift air suspension is also standard. Air springs are fitted on each wheel to maximise ride comfort, and the vehicle’s ride height can be manually adjusted using a button on the same console as the above. Our test car had the Off Road II pack which meant the car could rise by an extra 28cm off the ground which we put to very good use to help clear gulleys and rocks, and to avoid damaging any of the undercarriage. 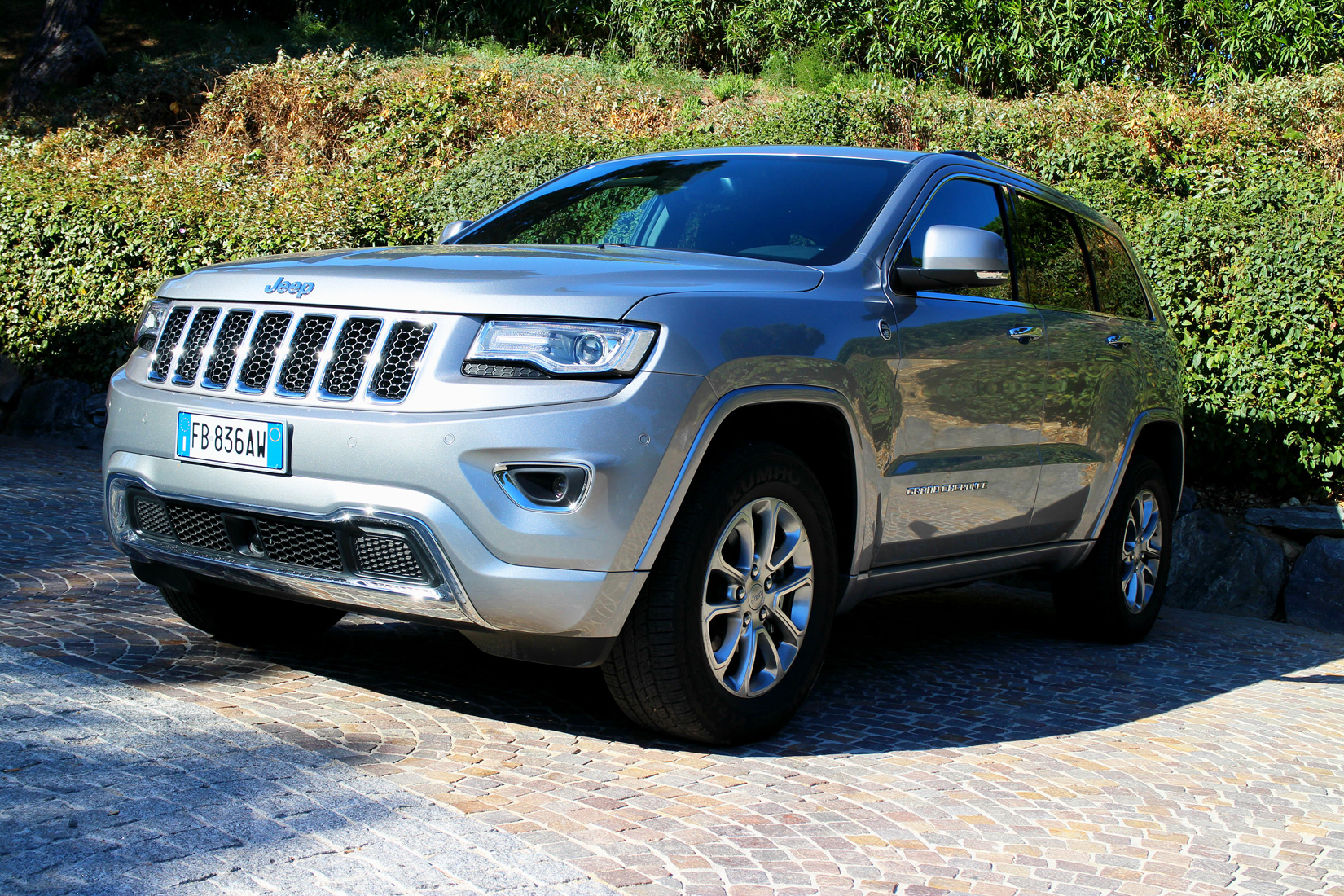 Conclusion…
All-in-all, the Grand Cherokee Overland is a solid package, and with Jeep sales at a record high, this is inevitably creating stiffer competition for the likes of the Land Rover Discovery, the BMW X5 and the Volkswagen Touareg. Motorists in the UK will have to wait until later this year to get behind the wheel of the Jeep Grand Cherokee Overland, and when it arrives on these shores, it will be priced at £48,195.00 OTR.

We stayed in a suite (available from €800 per room per night) at the Château de la Messardière in St.Tropez (a member of the Leading Hotels of the World collection).