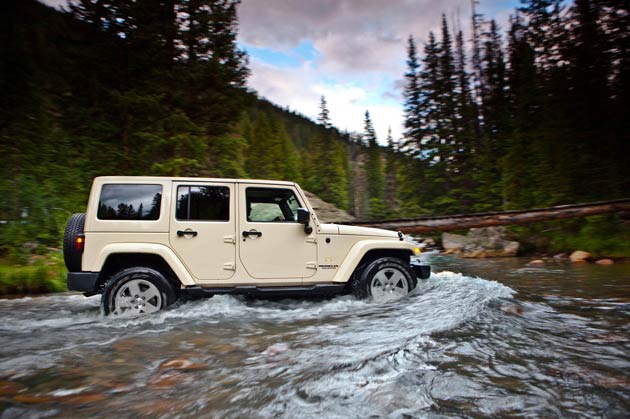 The Jeep Wrangler continues to win acclaim, this time scooping 4×4 of the Year, Hardcore class.

The legendary Jeep Wrangler has demonstrated its continued success as a serious off-roader after scooping another major honour – 4×4 of the Year, Hardcore class.

The award, which goes specifically to the four-door Wrangler Unlimited, comes from long-established specialist publication 4×4 Magazine, whose panel of expert judges put the rugged US-built off-roader at the top of a list of extremely capable competitors.

“This year’s 4×4 of the Year competition was as competitive as ever. In the Hardcore class, however, first place was a unanimous vote among the judges, with the Jeep Wrangler Unlimited taking the class win,” says Nigel Fryatt, editor, 4×4 Magazine.

“Head to head with the Land Rover Defender off-road there’s little to choose, but if you had to live with either on a daily basis, in all-weathers, all traffic conditions, on and off-road, then there’s only one choice. It has to be the Jeep.”

“It’s known the world over, and is widely recognised as one of the greatest 4×4 vehicles ever made, but it’s great to see the Jeep Wrangler continuing to receive top awards such as this one,” says Nigel Land, brand director, Jeep Chrysler UK. “There is still more to come from Wrangler and we look forward to future accolades for this remarkable vehicle.”

With its ‘go anywhere and do anything’ approach, Wrangler offers a unique combination of world-class off-road driving, fun, everyday convenience and versatility.