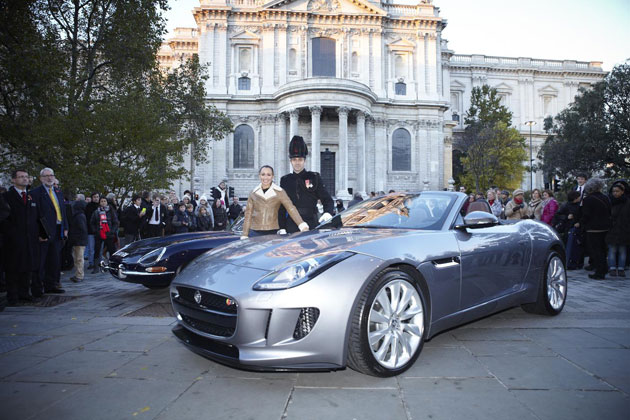 One of the most famous E-Types ever built is to accompany Olympian Jessica Ennis when she drives the all-new F-TYPE in this year’s Lord Mayor’s Show.

1600 RW, which is owned by Classic Motor Cars of Bridgnorth, joined the all-new F-TYPE in London on Thursday 1st November when Olympian and Jaguar Academy of Sport Ambassador Jessica Ennis announced she is to drive the new Jaguar car in the Lord Mayor’s Show on November 10th.

Jessica commented: “I’m so excited to be driving the Jaguar F-TYPE at the Lord Mayor’s Show next week. I had a go in the V6 S at the Gaydon proving ground on Monday and was amazed how well it sticks to the ground. It was fun but fast and very different to my XKR.”

The famous car will make its appearance alongside another celebre E-Type, Chassis No. 24, at the Lord Mayor’s Show. 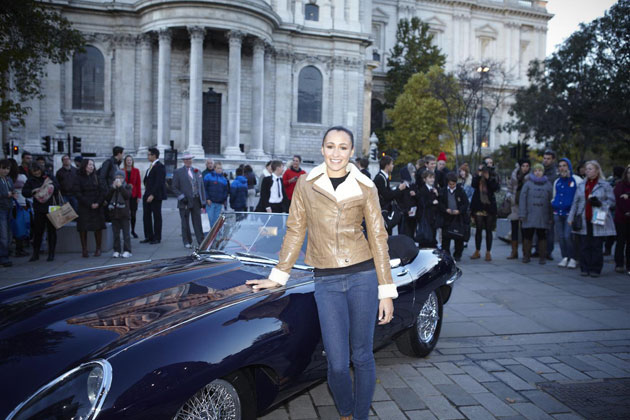 1600 RW or Chassis No. 4 was the fourth E-Type to leave the production line and the first one to be sold. It was completed and despatched in April 1961 to its new owner who was none other than Jaguar’s own Racing Team Manager, Frank ‘Lofty’ England. After sitting in a garage for 25 years, the car was bought and restored by CMC.

Nick Goldthorp, CMC’s Managing Director who will be driving 1600 RW at the Lord Mayor’s Show, said: “We are excited about this year as we will be accompanying the all-new F-TYPE with two iconic E-Types, which will show the strong historic links that exist between the two cars.”

The second E-Type will be Chassis No. 24 or the “Daily Mail” E-Type, which was one of the two examples that the newspaper gave away in a competition it ran in 1961 to win “the most wanted car in the world”. The car also underwent a full restoration carried out by CMC and is now in excellent condition.

More than 500.000 people will see Jessica Ennis drive the all-new F-TYPE in its UK debut after it was unveiled at the Paris Motor Show.

CMC took part in last year’s Lord Mayor’s Show when it celebrated with Jaguar Cars the 50th Anniversary of the E-Type. It is delighted to be supporting them again with two of the most famous E-Types ever.