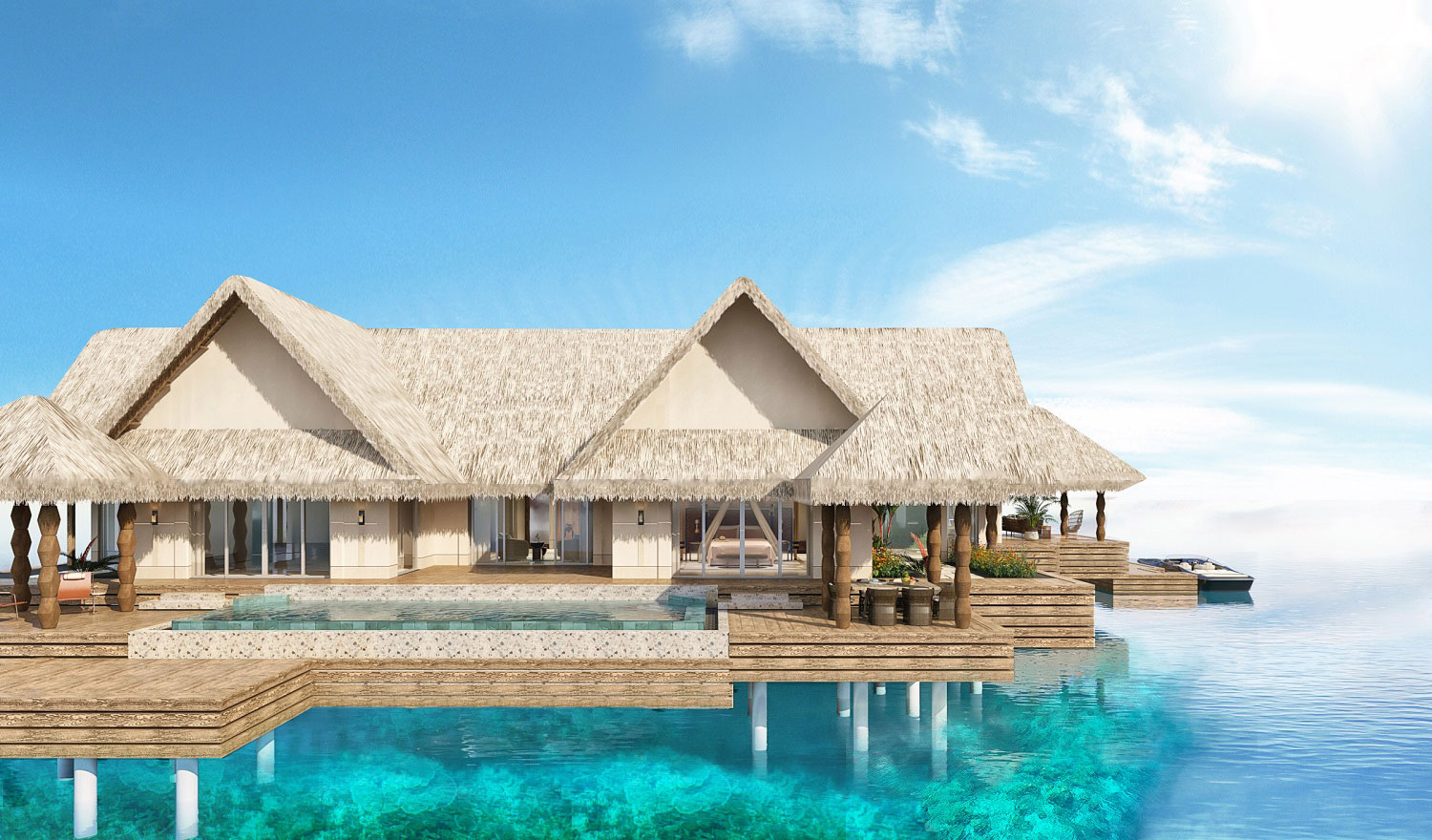 This masterpiece of a resort was designed by Turkish architectural firm Atolye4N led by Cuneyt Bukulmez while the sumptuous interiors were the handiwork of internationally renowned design studio Autoban. But it wasn’t just visually pleasing aesthetics that was on the forefront of their minds when it came to designing the Joali. Phillips says a multilayer approach was employed to envelop guests in nature, design, form and function.

“We sought to honour the surrounding integrity of the environment with issues like global warming and coral bleaching being addressed,” he explains. 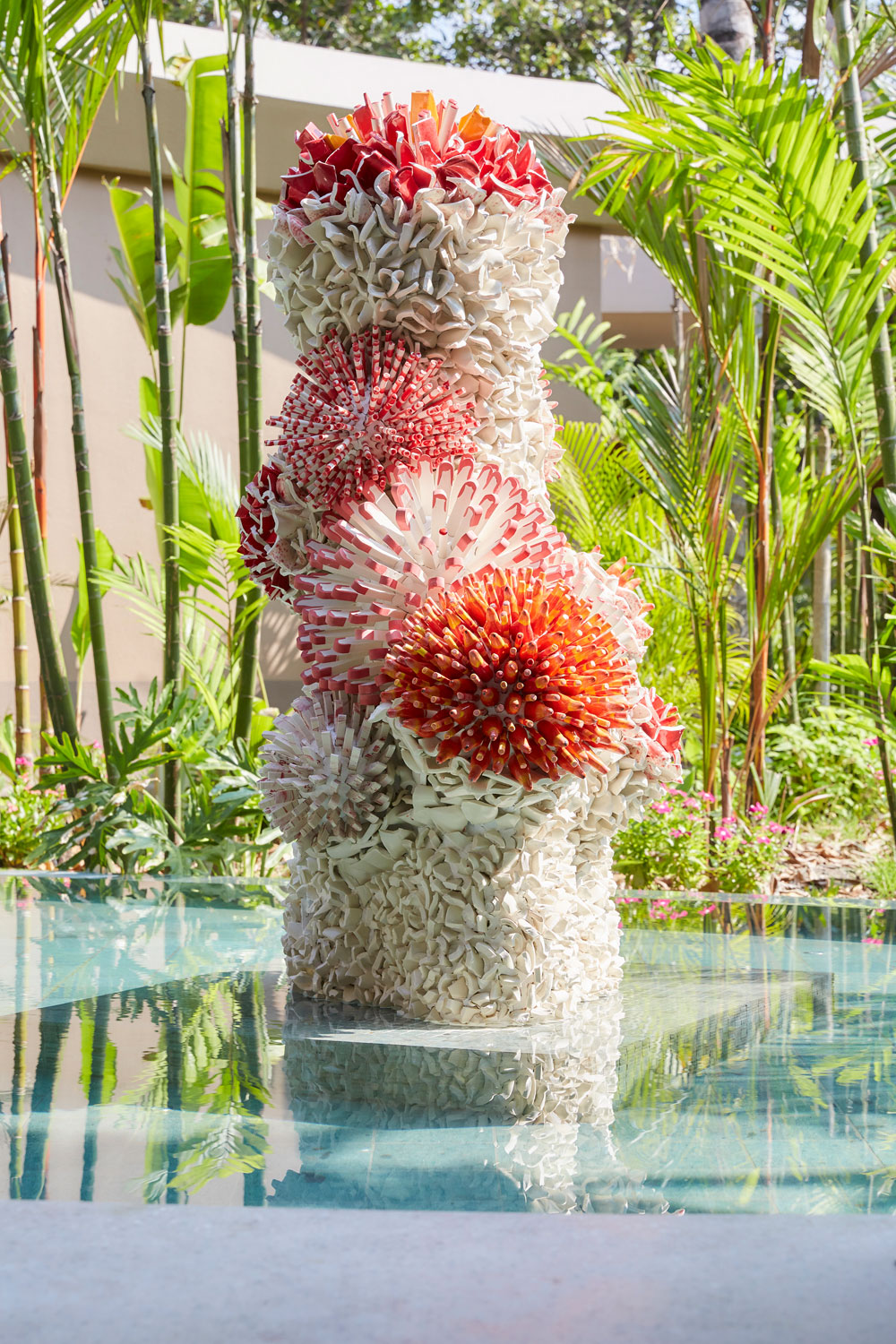 “The art pieces dotted around the resort draws attention to these serious environmental issues facing us all and it runs like a red thread throughout the property.” Walking the talk, we were told Autoban worked to preserve the natural flora of the island as much as possible, saving more than 1,000 palm trees in the process.

An Art Tour after breakfast is organised and for art lovers, this must be a heaven-sent bonus as some of the artists who created the works of art for this very first immersive art resort in the Maldives were present to tell us about their creations. Interactive, experiential and decorative art pieces are strategically placed around the resort and which blend in and enhances all the five senses of guests.

Whether it’s the Manta Ray-inspired treehouse created by South African designer Porky Hefer which would be the perfect place to exchange wedding vows or the underwater sculptures by Misha Kahn which would require an oxygen tank and goggles to view as its located around 12 metres below sea level, the immersive artwork showcases both established and up-and-coming and young designers who were handpicked by art and design curators Zeynep Ercan and Ala Onur of No LaB, an Istanbul-based art and design collective who worked closely with the team at Joali to conceptualise and commission the art pieces. 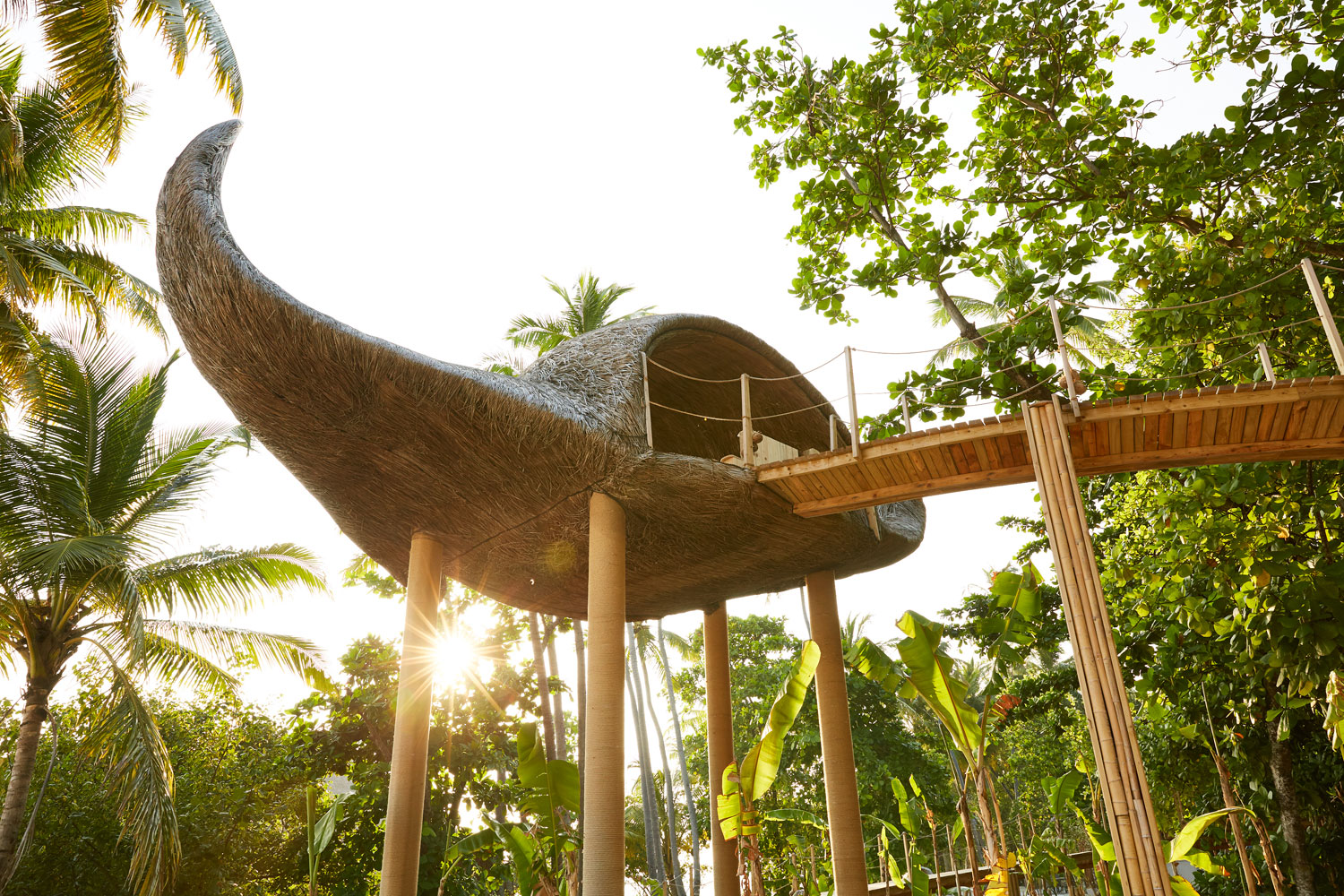 Speaking to guests during the art tour, Kahn says: “I’m really interested in the abstract forms found in the ocean – the wild organic shapes and how the force of the water turns man-made objects into ocean relics. This made me interested in producing pieces that would live permanently underwater.”

According to both Ercan and Onur, the entire premise of the Joali being an immersive art hotel was so that guests could experience the art and immerse themselves in it rather than just looking at it. Hence some of the art pieces have a functional role and are not merely decorative. Admore Ceramics from South Africa designed carved wooden panels of herons taking flight which adorn the walls of Italian restaurant Bellinis and the same motif is found on the sensually soft kimonos in the villas, turning them into wearable art.

Similarly, Spanish designer Nacho Carbonell made a bench placed on the beach just outside Vandhoo Restaurant using natural materials like sand and tree sap, linking the object to its surroundings. Colourful ceramic stools by Venezuelan artist Reinaldo Sanguino add visual interest to a cosy seating area in the Mura Bar, making his artwork a piece of furniture meant to be used.

Phillips informs us that the art pieces we see are by no means the final edition. He explains: “Joali will continue to curate interactive art experiences, with new pieces added throughout the year. An annual art calendar will host a roster of workshops and residencies with visiting artists.”