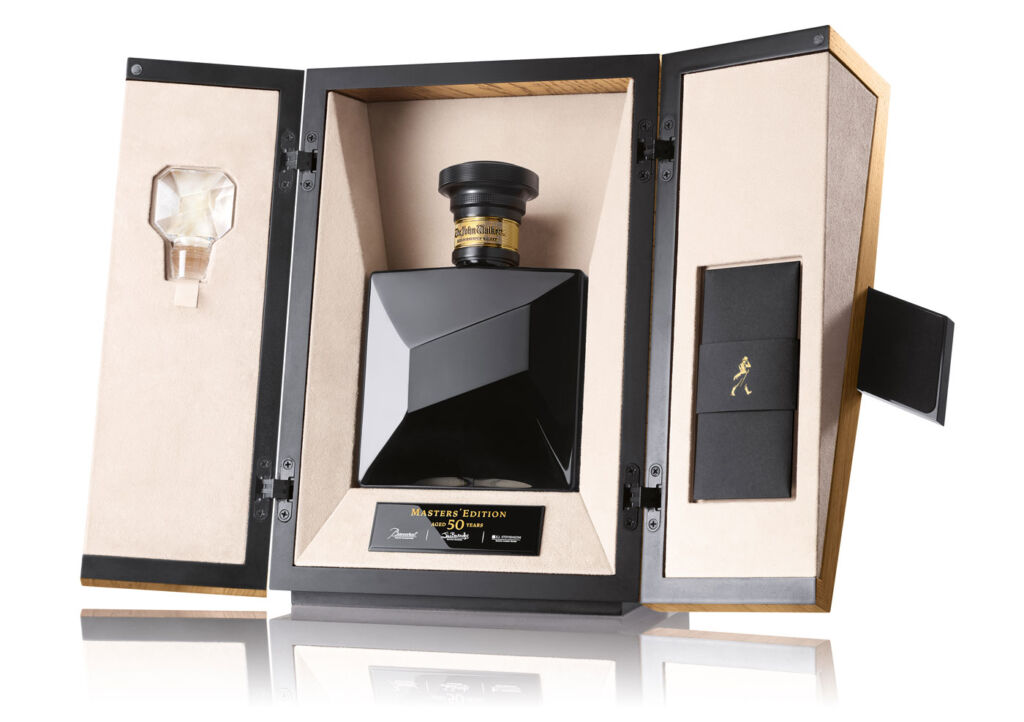 Johnnie Walker has unveiled its first ever 50-year-old scotch whisky. Named the John Walker Masters’ Edition, and limited to just 100 bottles, it is an elegant and triple-matured Scotch whisky that has been crafted from six exceptionally rare whiskies, each aged for a minimum of 50 years.

The whiskies in the John Walker Masters’ Edition have been drawn from ancient distilleries that existed during the lifetime of founder John Walker (1805 to 1857). They include the Glen Albyn and Glenury Royal distilleries – which are now closed – and the much-celebrated Blair Athol distillery, which stands at the gateway to the Scottish Highlands. The three-grain whiskies used in its crafting are drawn from the ghost distilleries of Caledonian, Cambus and Port Dundas. 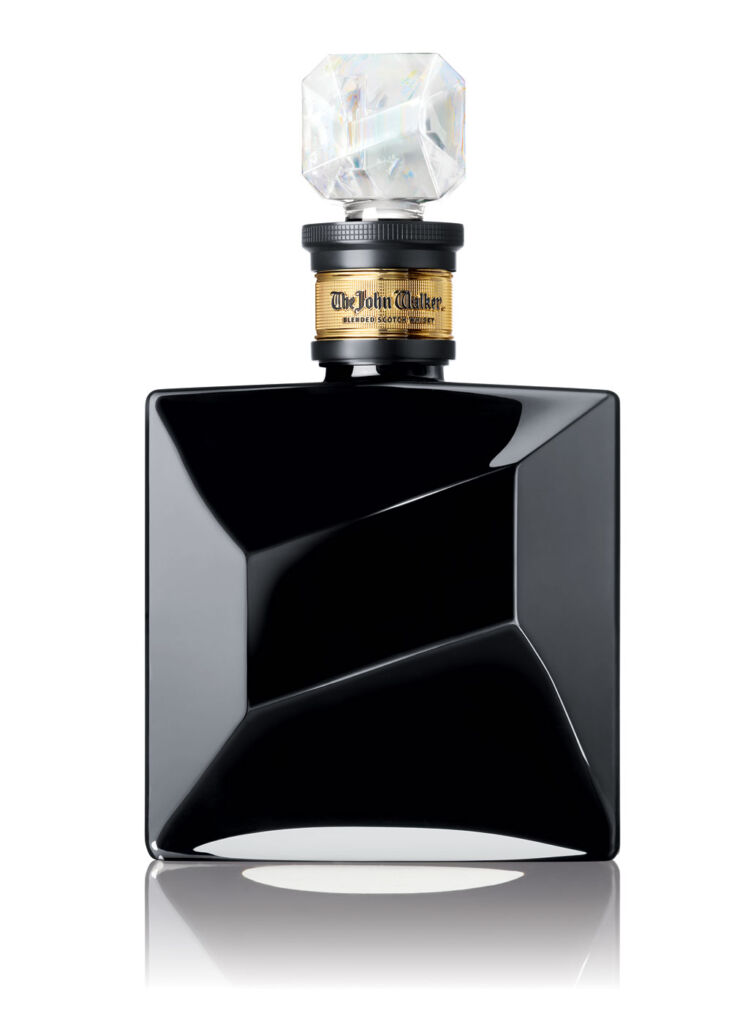 The special release of the John Walker is presented in a bespoke, individually numbered, rare double-cased black crystal Baccarat decanter and comes housed in a cabinet made by N.E.J. Stevenson, Cabinet Makers by Appointment to Her Majesty The Queen.

Johnnie Walker Global Brand Director John Williams said: “Fifty-year-old whiskies are very rare. Whiskies of this age have incredible character but it takes great skill to reveal their flavour and then balance them so people can appreciate the end result. That’s where our Master Blender Jim Beveridge – one of only six in the history of Johnnie Walker – and his small team of exceptional whisky-makers come into their own as masters of their craft.”

Johnnie Walker Master Blender Jim Beveridge said: “Each drop of this whisky has been hand-selected from some of the most valuable and precious casks of malt and grain whiskies to be found in our reserves.

“About 20 years ago, Johnnie Walker blenders recognised that these individual whiskies were very special and the decision was made to put them aside for special use, allowing each of them to continue to mature in their casks, knowing that, in time, something even more remarkable would emerge. Our goal was to pay tribute to the whisky masters who worked with these whiskies such a long time ago and, with the creation of The Masters’ Edition, I believe we’ve done that.” 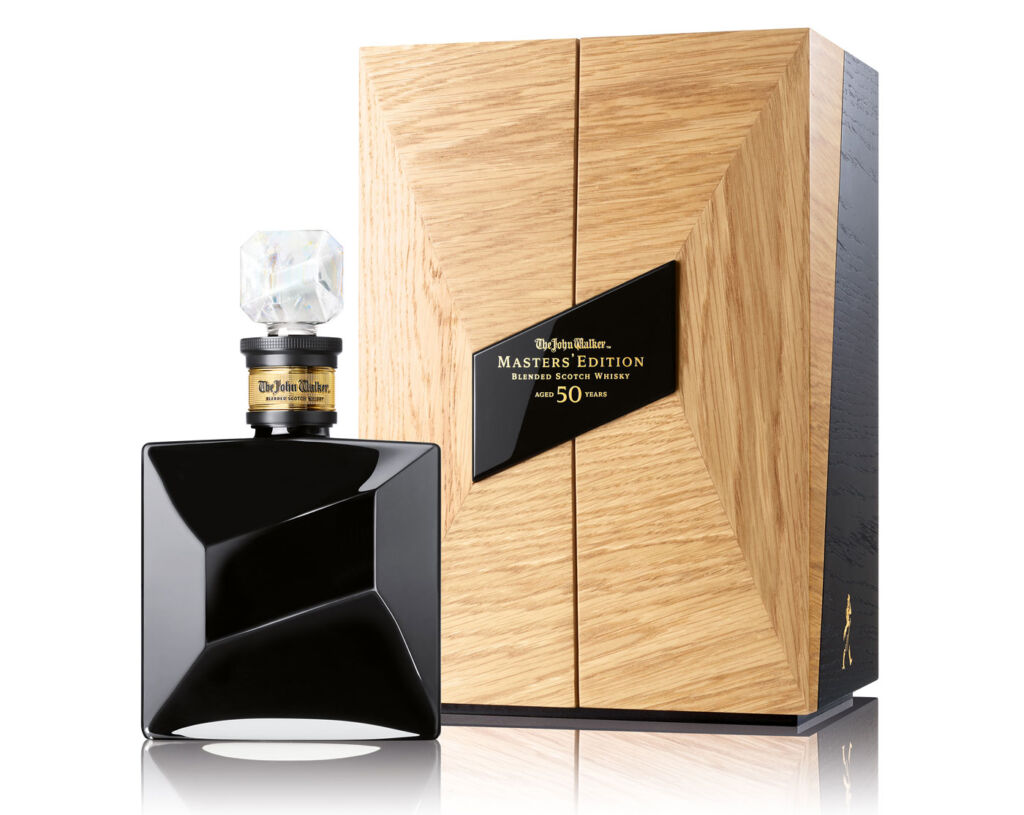 The John Walker Masters’ Edition is a triple-matured Scotch whisky. Finished in small batches in a bespoke marrying cask made of 100-year oak staves, its layers of flavour are revealed slowly on the palate, where luscious blackcurrants and citrus give way to rich, creamy dark chocolate and a long, gentle and warming finish with cooling menthol and a subtle smokiness.

The John Walker Masters’ Edition – Where and How?

The John Walker Masters’ Edition has a natural cask strength ABV of 43.3% and an RRP of $25,000 (US). It is available in limited, selected markets and one bottle will be auctioned at Bonhams, Hong Kong in 2019. For more information, visit www.johnniewalker.com.