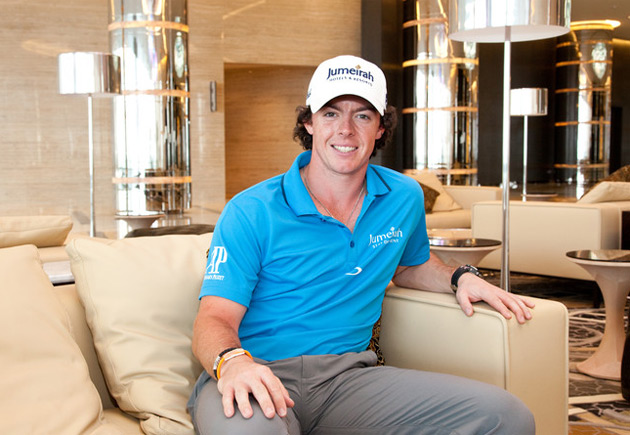 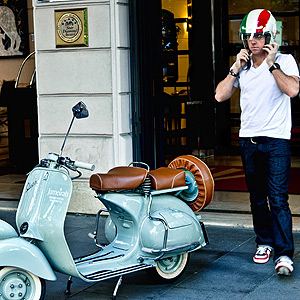 The Jumeirah team in Rome treated Rory to an old-fashioned tour of The Eternal City… on a classic Italian scooter. Rory’s day in Rome included stopovers by must-see tourist areas, all located within short distance of Jumeirah Grand Hotel Via Veneto, such as the Colosseum, the Trevi Fountain, the Spanish Steps and Villa Borghese – where Rory had a chance to hit a few golf balls. A short video was filmed to document the highlights of Rory’s ride through Rome.

Whether for business or leisure, travellers can also have a taste of Jumeirah in Rome thanks to a special package offered by Jumeirah Grand Hotel Via Veneto. Until 30 September 2012, guests of the hotel can take advantage of a “Book 3 nights and pay 2” summer package.

Located in the heart of Rome on the exclusive via Veneto, Jumeirah Grand Hotel Via Veneto is the union of two 19th century historical buildings in the city centre. While the hotel’s façade is protected by Rome’s Fine Arts Authority, the interior design of the hotel is defined by timeless elegance embodied by handmade furniture inspired by Ruhlmann, the father of 1920s Art Deco.

“It was my first time in Rome and certainly not my last. The Jumeirah Grand Hotel Via Veneto is perfectly located if you want to experience all Rome has to offer. The food is sensational at the hotel and it’s within walking distance from all the great sites,” says Rory McIlroy.

Jumeirah Group has sponsored Rory McIlroy from the very first year he turned professional in 2007. Spotting his prodigious talent early on, Jumeirah invested in the young golfer’s career and has followed it with great passion ever since. Rory recently reclaimed the top spot of the Official World Golf Rankings by winning the PGA Championship in the US with a record eight strokes.