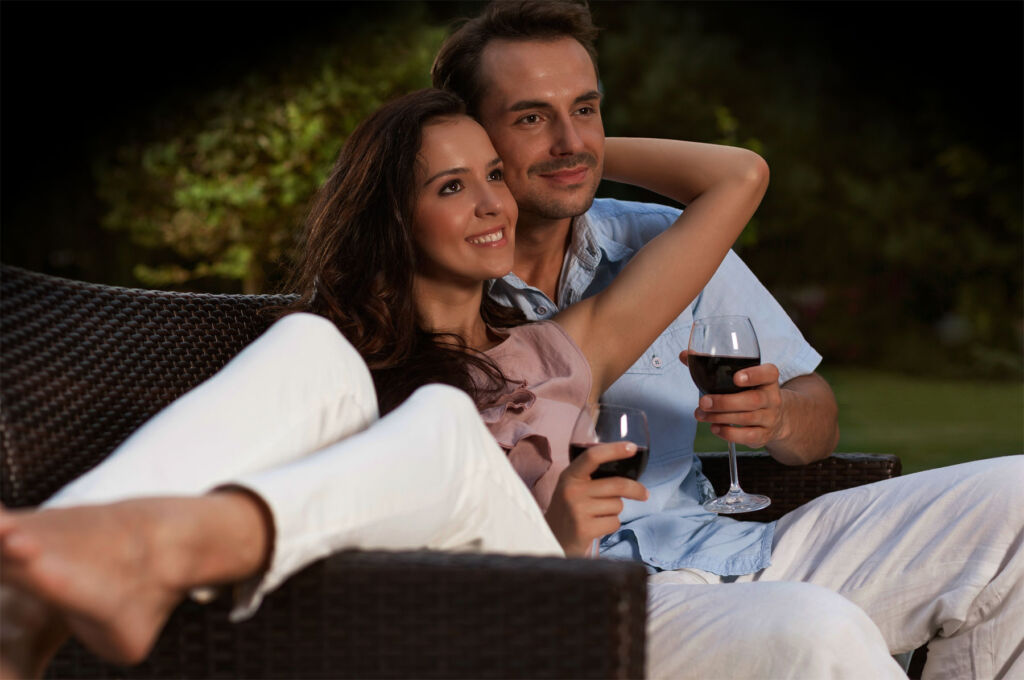 With the sunnier days here, we decided to investigate the world of solar lighting with Lights4fun. For this feature, we wanted to test out the Kingsbridge Solar Wall lights to establish whether solar lighting can be a viable alternative to traditional electric wall lights.

I want to begin this feature by stating I have some preconceptions about solar lights. Over the years, I have experimented with solar lights and achieved mixed results, and more often than not, I was left underwhelmed. However, times change, as does technology, and hopefully, my views would do so too.

My first contact with Lights4fun was well over a year ago, and I will admit that I was impressed from the outset, so much so that I assured them that I would find a way to feature them in the future. I doubt either of us would imagine it would be well over a year later! After contacting them, I suggested I’d be open to writing a feature on the rather smart-looking Kingsbridge Solar Wall Lights.

Even before the lights arrived, it was obvious to me why Lights4fun had such a stellar reputation. The service from when I ordered the lights to receiving them was first-class, and I will admit that even the delivery driver impressed me, although it would be wrong for me to attribute that to them! 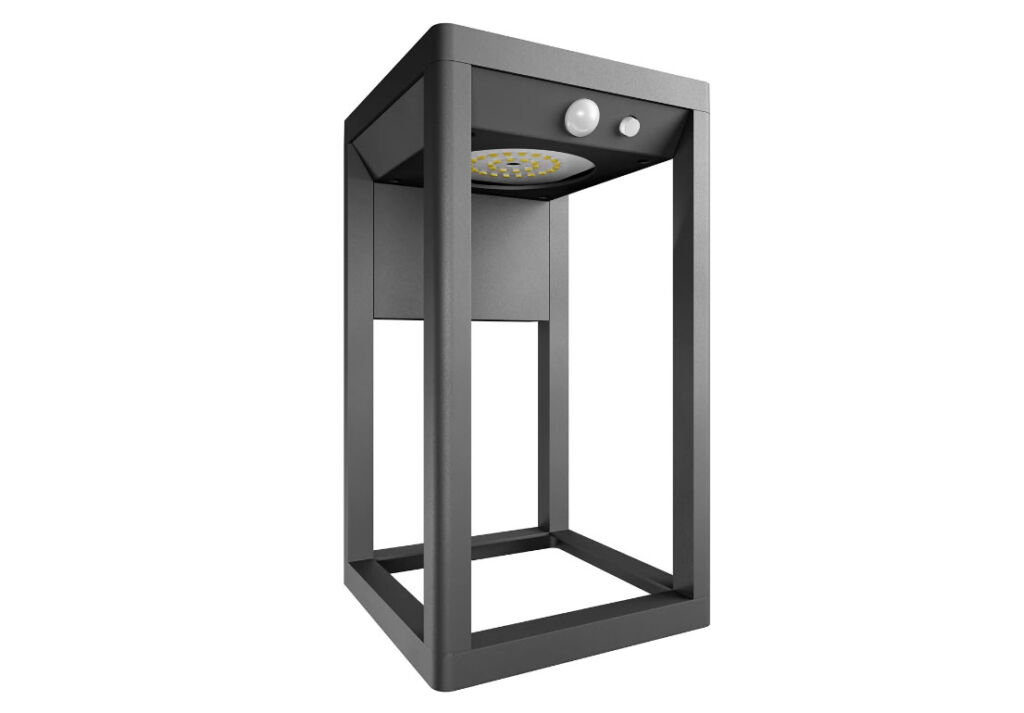 As soon as I picked up one of the boxes, I knew I would be dealing with something vastly different from my previous solar lighting experiences. I opened the box, and aside from looking great, the Kingsbridge Solar Wall Lights had a nice weight to them. I wasn’t sure what material they were made from under the smart black exterior, my best guess would be aluminium.

According to the enclosed information, the Kingsbridge Solar Wall Lights are designed for outdoor use, they measure 27cm H x 15 cm W, and have an IP44 rating. Without getting overly technical, the rating means the lights will be protected from solid particles over 1mm and can withstand low-velocity water spray from any direction.

With the side of our property recently rendered, we wanted to install something stylish, minimalistic and most importantly, effective. Before we drilled into the newly smoothed walls, I put the lights in a sunny part of the garden for a couple of days to check that the light output would match the stylish look, and I was stunned that it did. 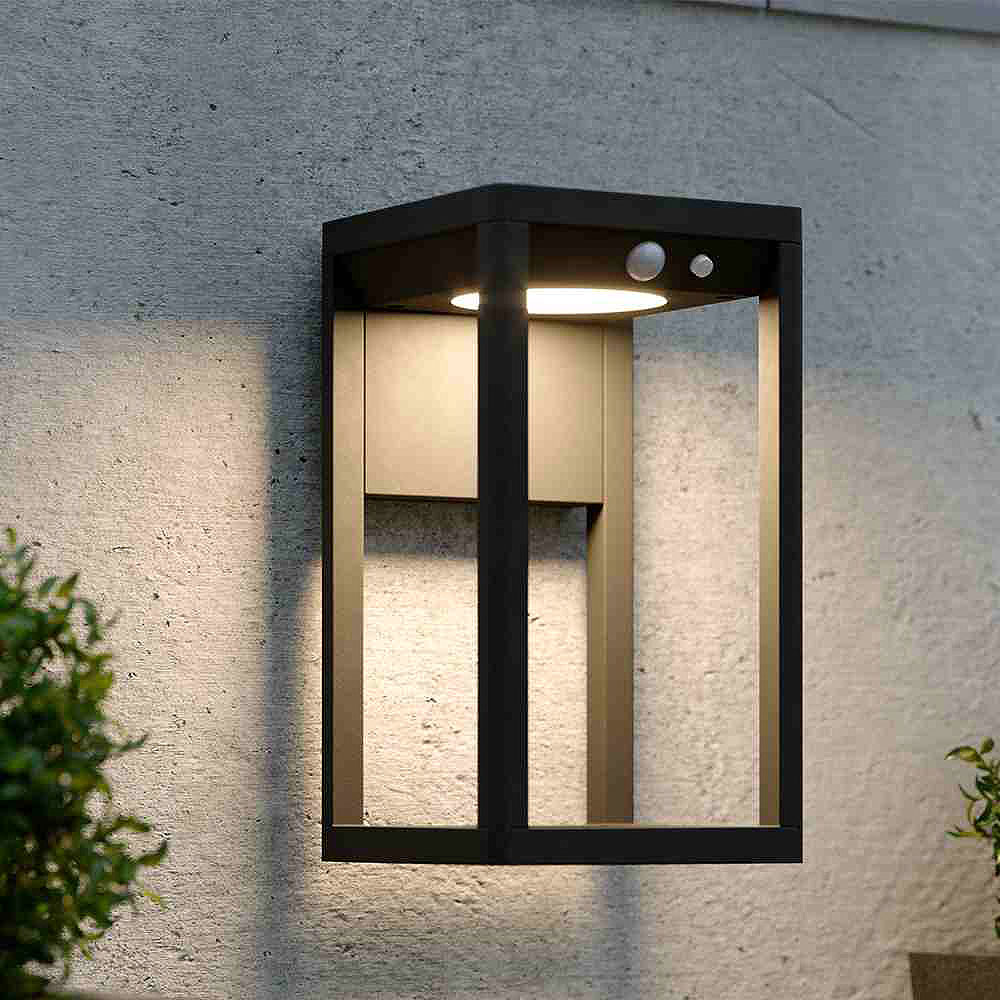 One of the features of the Kingsbridge Solar Wall lights is motion detection which can detect movement up to 10m away. Operating the lights is very straightforward. On the front is a small button that accesses the lighting modes. To turn the light on, you press and hold the button for three seconds. A second single press keeps the light on at a low brightness when it is dark, and when motion is detected, it will switch to full brightness for 25 seconds. A further button press accesses traditional motion detection mode, which is recommended for the winter months.

With the lights fully charged, the next step was to install the Kingsbridge Solar Wall Lights onto the walls, which was surprisingly simple. On the back of the light is a removable metal mounting bracket onto which the light slides. Armed with a spirit level and tape measure, we placed the mounting bracket on the wall, ensuring it was in the desired place and marked the drill holes out. From the time we began measuring to having the light in place took less than 10 minutes, and with two now installed, I was eager to see the results of our efforts when it became dark. 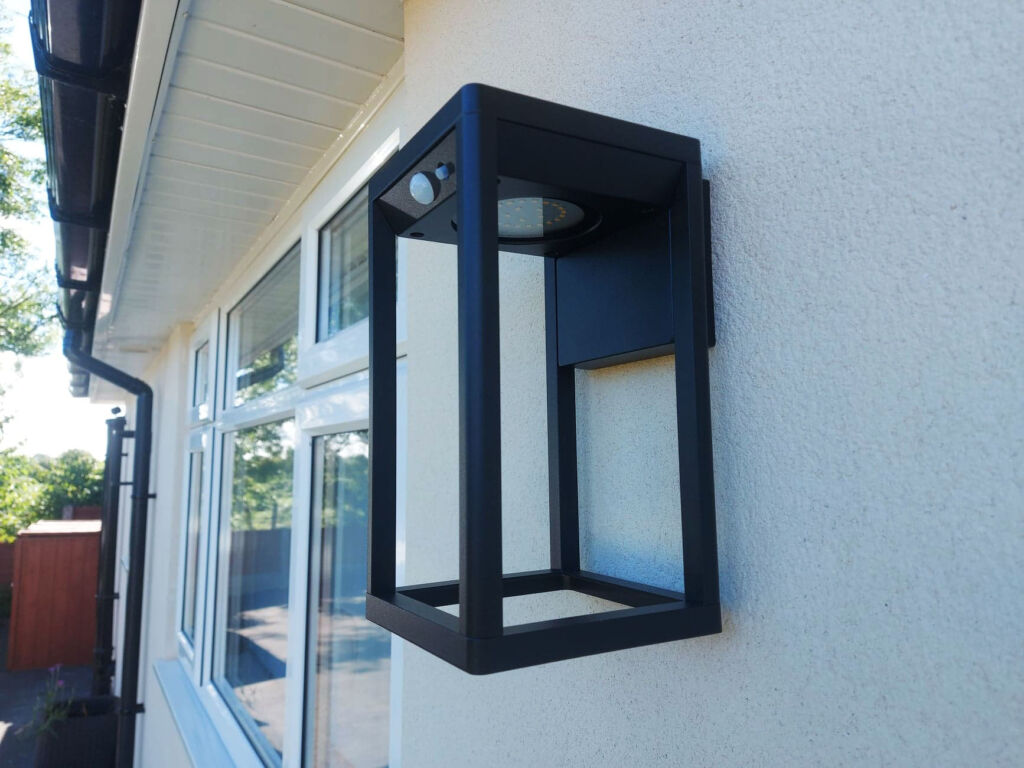 It was dark enough to see the lights working at a little past 10:00 pm that same evening. In mode one, where they are on during the night, they cast a warm glow on our cream-rendered wall, and when we walked anywhere near them, they immediately lit up, bathing a decent-sized area in light. I’ll admit that I was impressed, and my somewhat negative opinion of solar lights had vanished upon seeing them in action. 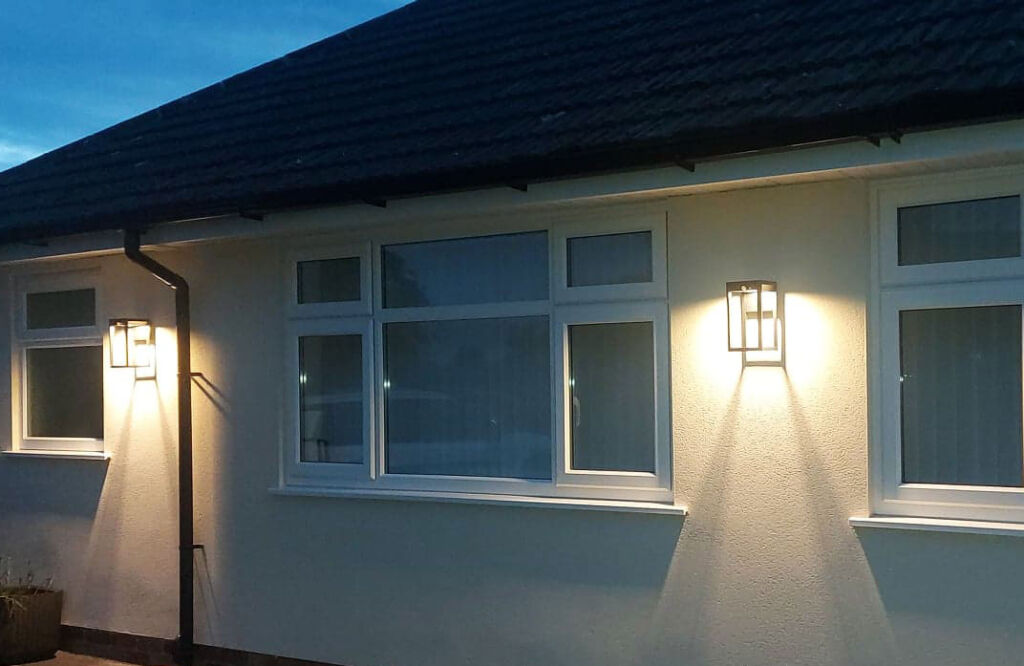 I did not expect the Kingsbridge Solar Wall Lights to be as effective as they turned out to be. We are living in strange times and given the rampant rise in energy costs, with another significant energy price hike expected later this year in the UK, installing products that cost nothing to power is the obvious way forward. I am under no illusion that solar-powered lights still have a way to go before they match the light output from those powered by electricity; however, through my eyes, they are now at the stage where they can be a viable alternative.

The Kingsbridge Solar Wall Lights are what I would consider luxury solar lights. They are well made, very stylish and more importantly, do what they are designed to do effectively. Each light is priced at £49.99 with free delivery and 30-day returns. To purchase or see the full range of lighting products from Lights4fun, visit their website, www.lights4fun.co.uk.