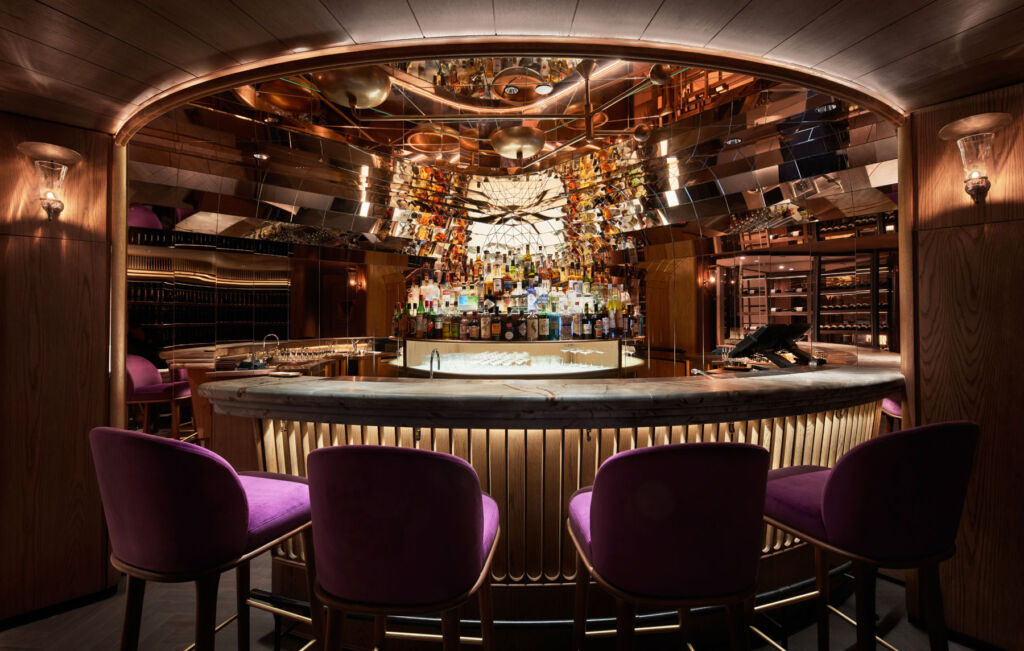 Kyle & Bain derives its name from two entrepreneurs and inventors, William Kyle and John Bain. Back in the late 1800s in colonial Hong Kong, ice was once a luxury that was shipped at vast expense from the frozen ponds of New England, passing the Cape of Good Hope and finally reaching its destination in Hong Kong. It wasn’t until William Kyle and John Bain patented the first ice machine that ice became an affordable commodity in Hong Kong. In homage to the ice machine inventors, Kyle & Bain offers a cosy, colonial-inspired neighbourhood gastropub for Martini lovers to call their second home.

New Cocktails at Kyle & Bain by Bar Manager Lee Morris
Kyle & Bain’s unique menu takes guests on a journey through time through the medium of cocktails. Each of the five sections is named after some of the famous institutions that encapsulate their time and define their era – including Timeless, El Dorado Gambling Saloon, Playboy Club and Rainbow Room. 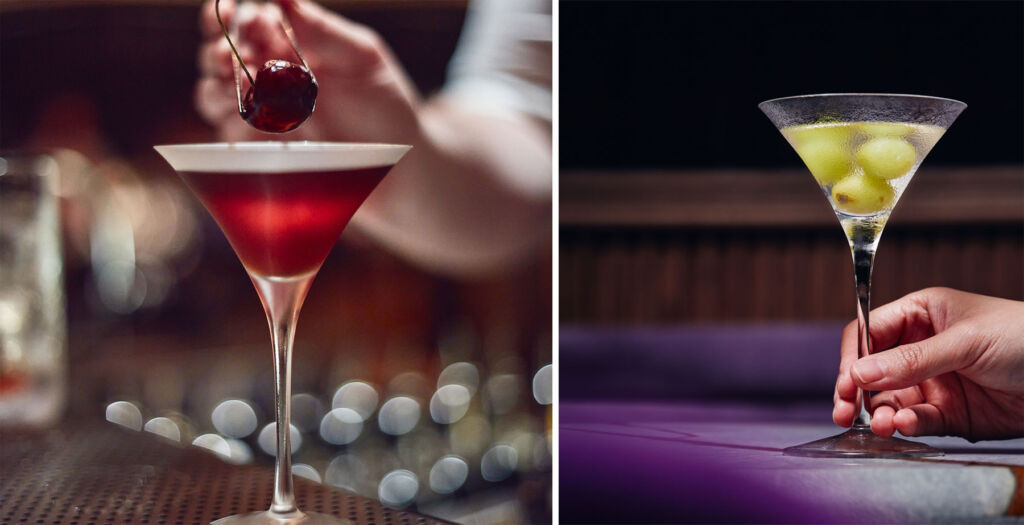 I. Timeless
Classic libations that have stood the test of time are given a creative Kyle & Bain makeover, including Gimlet, mixed with Genever, Mastiha, Salad Cordial and Truffle; Old Alliance with Gin, Scotch, White Port and refreshing Pear; Waxed Apple with Redbreast 12, Cognac, Green Apple and Bee Pollen; and Bahia Breeze with Cachaca, Tequila, Jalapeno and Passionfruit.

II. El Dorado Gambling Saloon
In 1849, Jerry Thomas, the godfather of the modern cocktail, created the now-infamous Blue Blazer at the El Dorado Gambling Saloon in San Francisco. Made by lighting a spirit on fire and pouring back and forth between two pewter tankards to create a constant stream of blue flame, the theatrical cocktail was nothing short of spectacular. Kyle & Bain’s inspired creations follow in the same vein (although with much less of a fire hazard).

Cocktails include Old Fashioned with Rye, Caraway, Sugar and Bitters; Ice House Punch with Cognac, Rum, Honeydew and Spice; and Manhattan with Rye, Vermouth, Cinnamon and Herbs; and Adonis with Fino, Amontillado, Vermouth and Orange.

III. Playboy Club
In 1960, Hugh Heffner made history by opening the very first Playboy Club on the Gold Coast of Chicago. The first of forty clubs to follow, the Playboy Club was so successful that it became the busiest club in the world in its first year. Guests required a VIP ‘Keyholder’ to get the full experience, but there is no such requirement at Kyle & Bain. Guests are spoilt for choice with familiar-yet-fresh cocktails such as (Not The Diplomat) Gibson with Gin, Vodka, Vermouth and Radish; Paloma with Tequila, Lime Leaf, Rhubarb and Grapefruit, Moscow Mule with Vodka, Lemongrass, Hops, and Ginger; and Jungle Bird with Rum, Pineapple, Campari and Blackstrap.

IV. Rainbow Room
The place to see and be seen, the Rainbow Room was graced by New York’s elite in the ’80s and ’90s. Guests would be dressed to the nines according to the restaurant’s ‘white-tie’ policy, and this was where the Cosmopolitan cocktail achieved its popularity. Kyle & Bain presents its own version of the Cosmopolitan mixed with Aquavit, Orange, Cranberry, and Lime. Other reinvented cocktails once loved by the Rainbow Room crowd include Lychee Martini with Bourbon, Lychee, Blueberry and Maple; Lemon Drop with Pisco, Sake, Agricole and Citrus; and Cold Brew Martini with Awamori, Cold Brew, PX and Fernet. 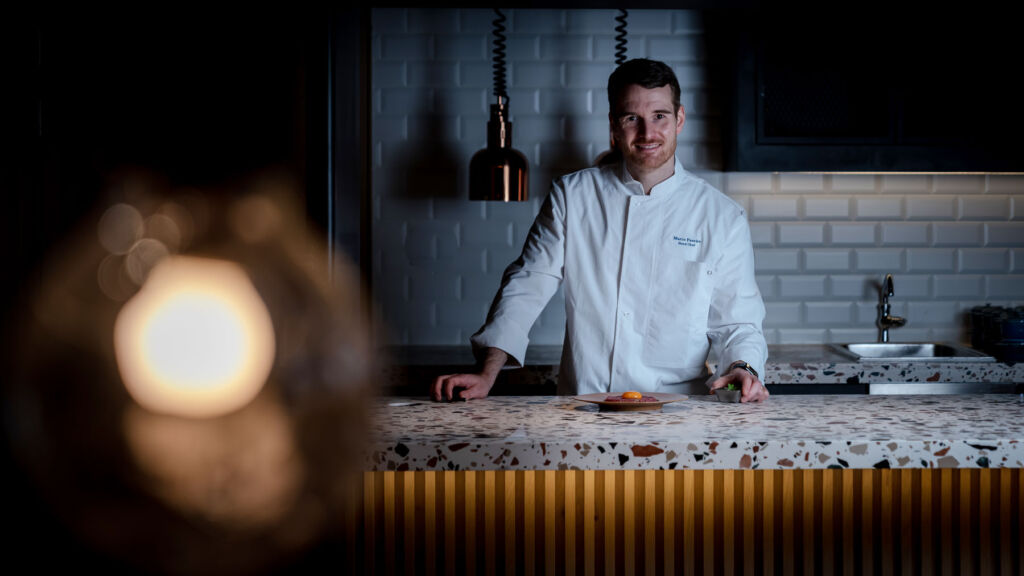 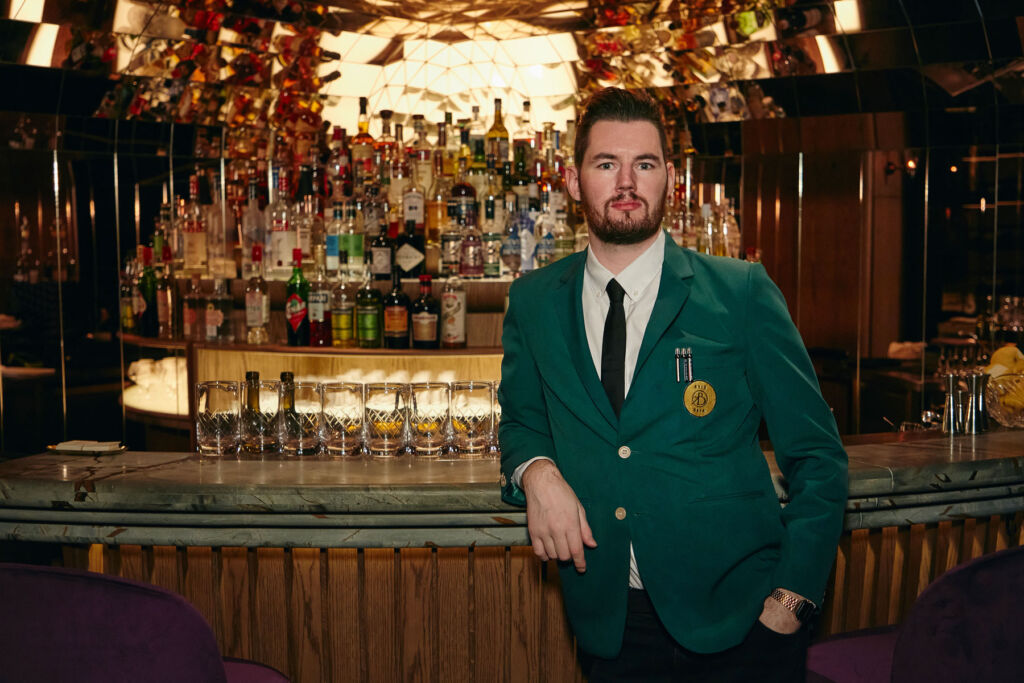 Introducing Kyle & Bain’s Bar Manager Lee Morris
The British-born Lee Morris began his journey of bartending at 22 whilst studying Music at the University of Leeds. Following his passion for mixology, he moved to London. Here, his talent was soon recognised by Ryan Chetiyawardana (aka Mr Lyan), and he became part of the opening team of the world-renowned Dandelyan.

After leaving Dandelyan, he refined his mixology skills at the Social Company by Jason Atherton and gained vast experience by managing various Michelin-starred restaurant bars, including the Berners Tavern and the Blind Pig at the Social Eating House (World’s Best Restaurant Bar 2014) and 7 Tales at Sosharu before eventually joining Leading Nation as Bar Manager of Kyle & Bain.

About Leading Nation
Leading Nation is the brainchild of entrepreneurs Kevin Poon and Gerald li. It is a Hong Kong-based hospitality group that specialises in high-quality food and beverage concepts with a bias toward craftsmanship and design to produce unique culinary experiences.

The F&B group’s portfolio includes La Rambla by Catalunya, The Diplomat, which has been voted as one of Asia’s 50 Best Bars, Mashi No Mashi, Morty’s and Elephant Grounds. Art and Fashion play a significant role in the founder’s vision, with Kevin’s desire to bring an urban appeal to find dining and Gerald’s constant eye on culinary trends helping to place the group at the forefront of Hong Kong’s dining scene.

Kyle & Bain is located at Shop 6, 9 Queens Road, Central, Hong Kong. More information about the American Martini Bar, prices and facilities can be found at www.kyleandbain.com. 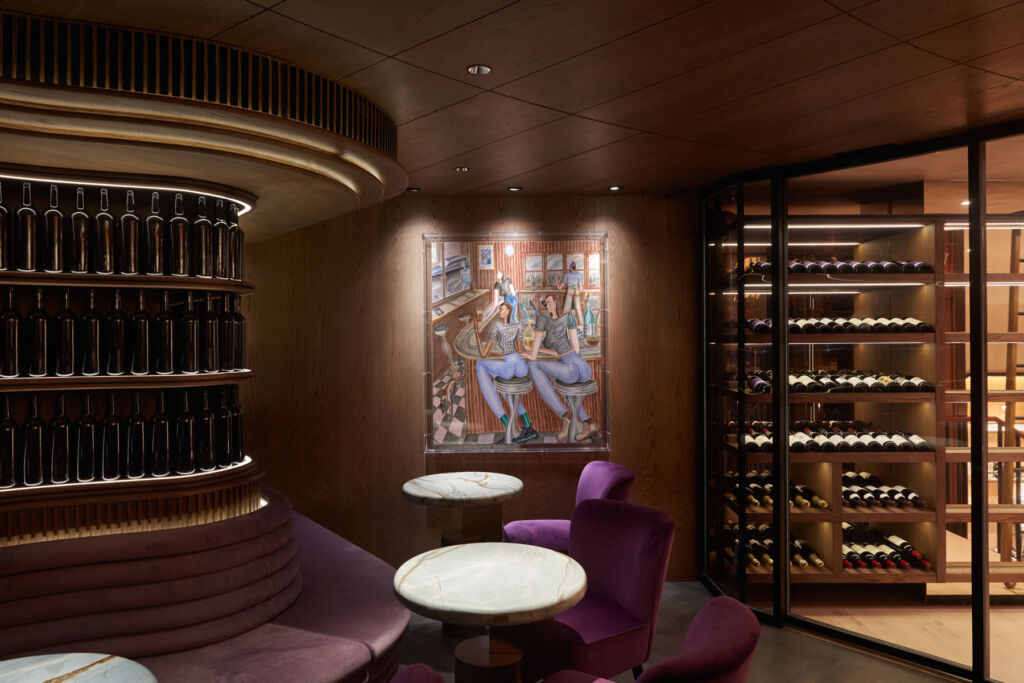