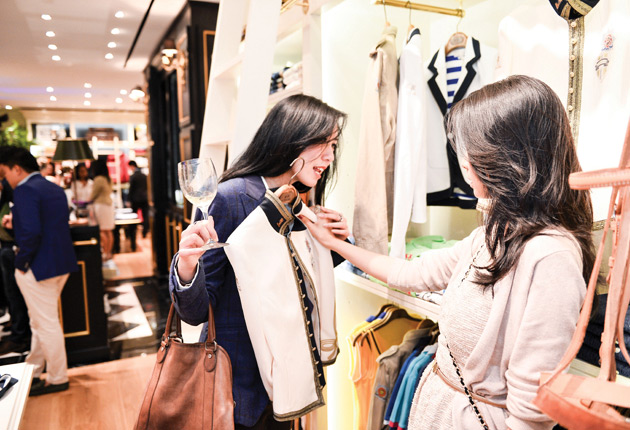 La Martina the luxury lifestyle brand born out of Polo in 1980 has strengthened their presence in the South-East Asia region with the opening of a flagship boutique at Marina Bay Sands in Singapore and the opening of their first boutique at Central Embassy, Bangkok.

Around 150 business partners, VIPs and media members attended the opening ceremony to celebrate the grand opening of this new store in Singapore. Guests mingled and a special bespoke Argentinean inspired menu with an array of canapés.

Valiram Group and La Martina have been partners since 2012 with one store in Kuala Lumpur, another in Penang along with the newly opened boutiques in Singapore, and Bangkok, Thailand.

Approximately 100 guests attended the event from which they are key influencers, fashionistas, socialites, celebrities, polo players and media were hosted to an evening of La Martina chic where they stylishly dressed to the occasion and many were even spotted wearing La Martina. As guests arrived, they were ushered to pose with La Martina mallets and helmets in a fun and relaxed ambience. Perfectly embodying La Martina style, guests mingled and enjoyed a special bespoke Argentinean inspired menu with an array of canapés. Guests were entertained through-out the night by famous Latino band, Siam Cubano. Models decked in La Martina Men and Women’s ready-to-wear collection captured the imagination of guests.

The La Martina Singapore store is located at The Shoppes at Marina Bay sands, Galleria Level B2-82 and in Thailand at Central Embassy in Bangkok.