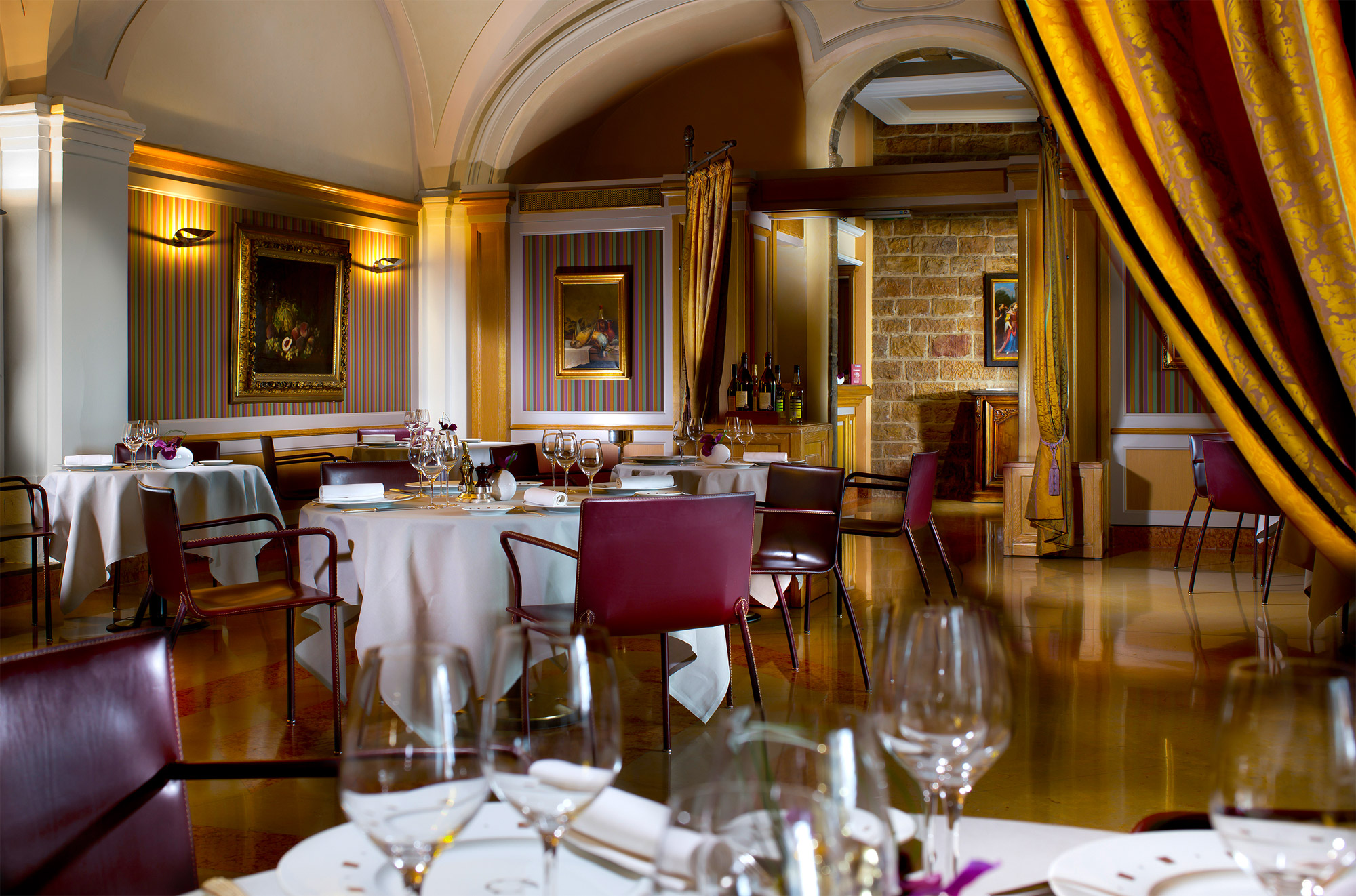 La Villa Florentine, deservedly five stars and a member of the prestigious Relais & Chateaux group is a sumptuous, sophisticated hotel destination. Sitting proudly atop Lyon’s Fourvière hillside, she provides guests with superlative views across France’s second largest city and UNESCO heritage site. The city of light is an acknowledged centre of gastronomic excellence, spearheaded in part by its favourite son, the renowned chef Paul Bocuse, the acknowledged master of nouvelle cuisine. 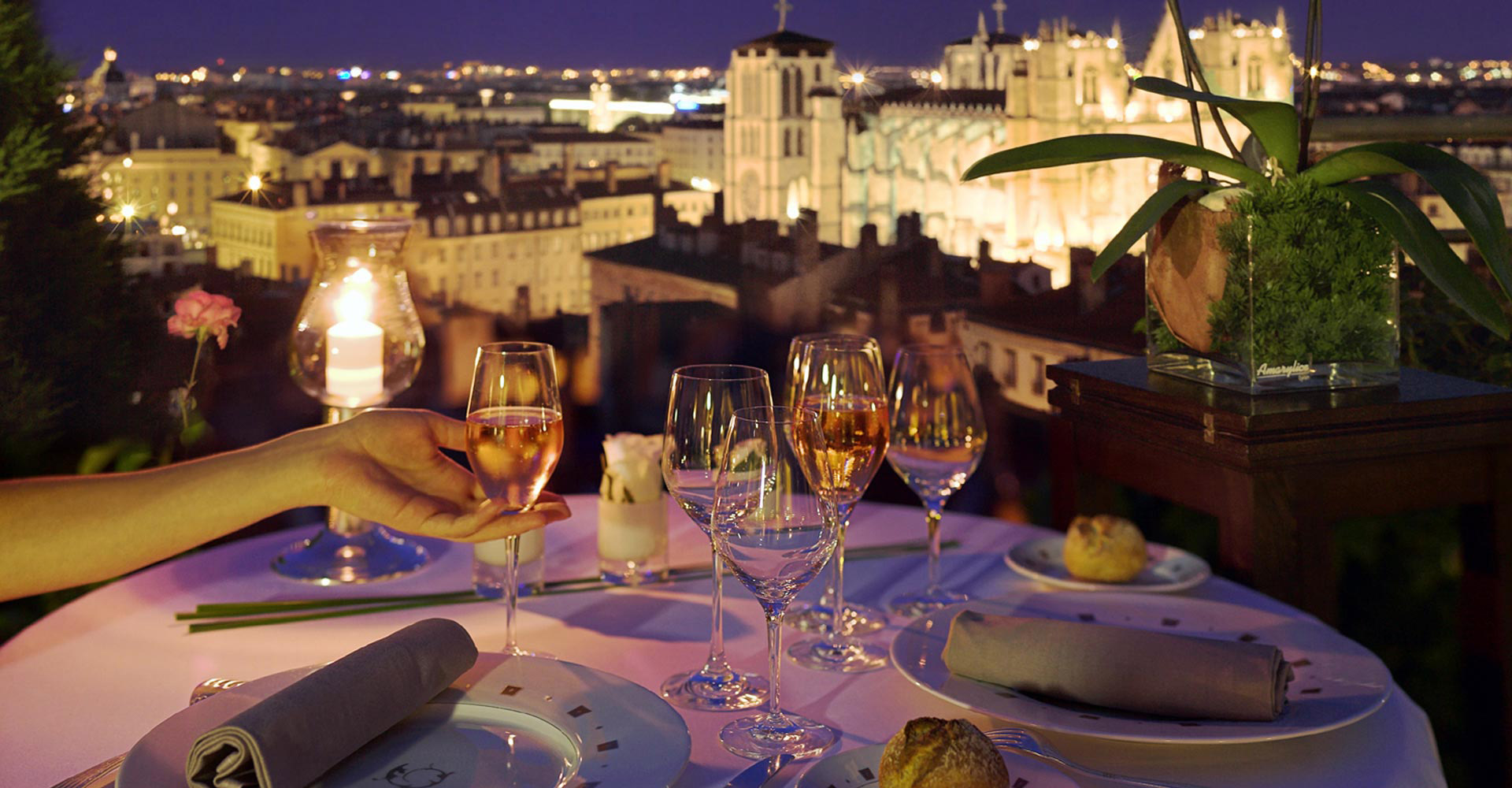 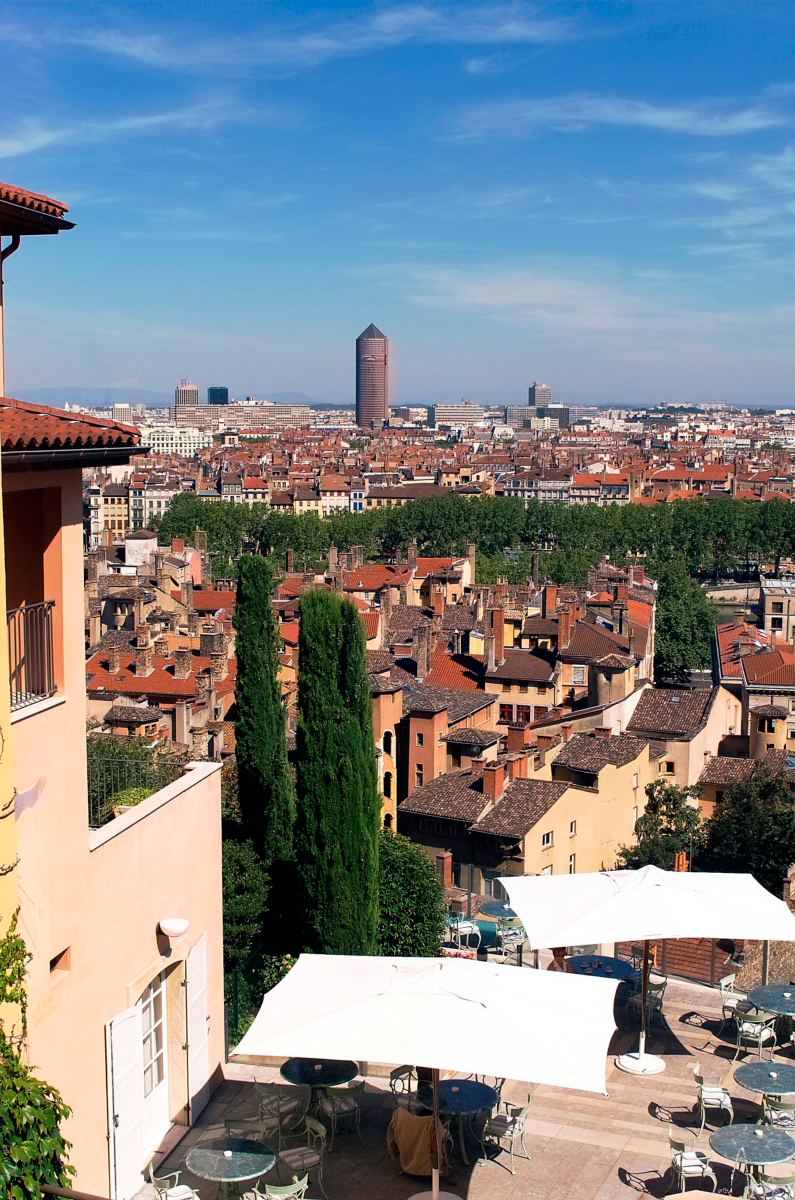 Spring and summer is the best time to enjoy the garden area, with its panoramic views across Lyon. Enjoy breakfasts alfresco on the lush terraces, or take a dip in the hotel’s heated pool and Jacuzzi.

Chef David Delsart (who took over from Chef Davy Tissot in August 2015) is already making his mark and has prepared a select menu for our group, with provenance from the best local suppliers. All of which are available at the renowned Les Halles de Paul Bocuses market in the centre of the city. 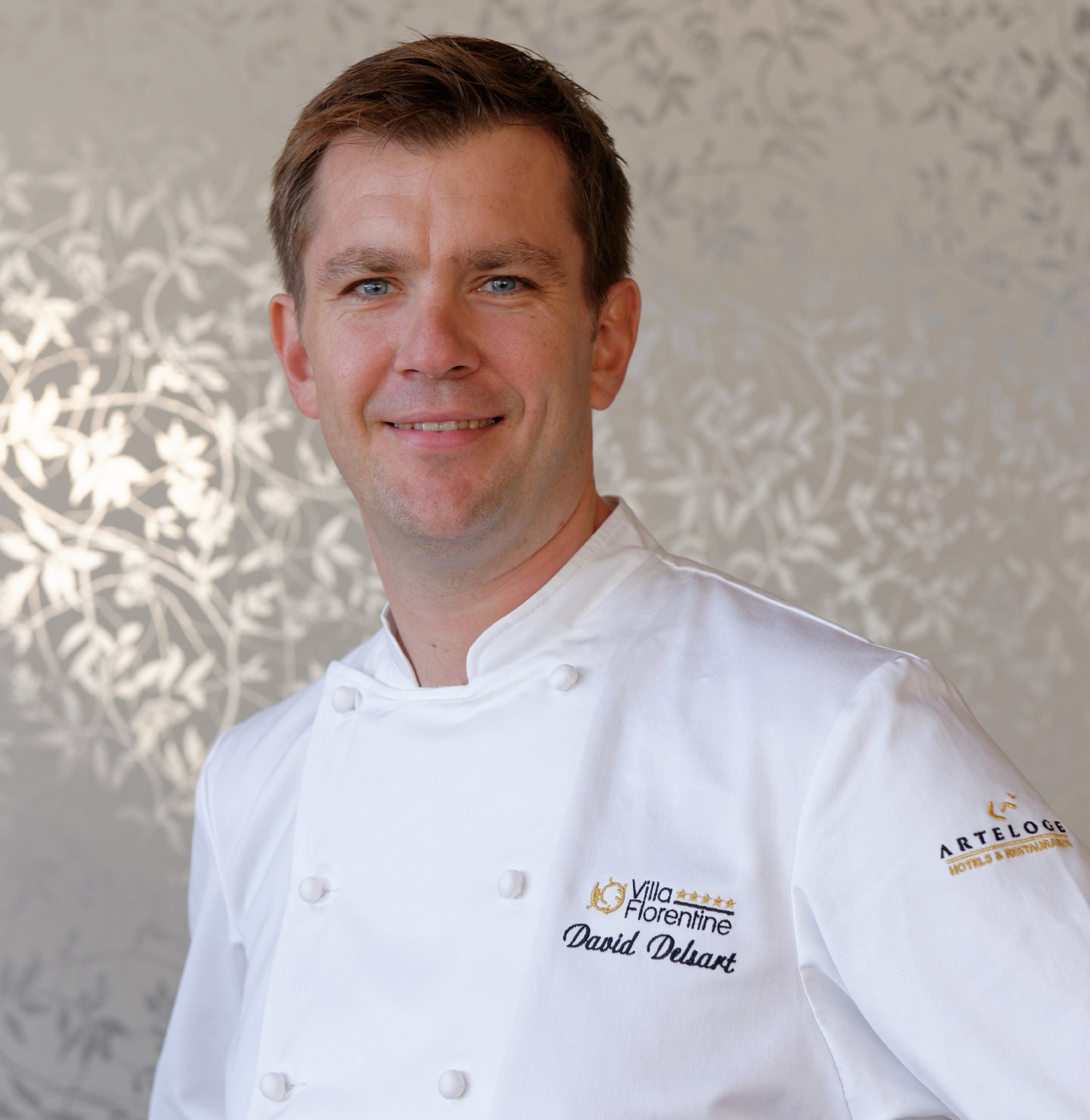 Delsart is keen to maintain long-term relationships with suppliers, and also works closely with nearby schools, introducing children to the art of tasting, of flavours textures and of cooking.

We begin our meal with a wonderful Cuvée Solera champagne from Roger Pouillon. His vineyard practices culture raisonnée – a form of organic viticulture that avoids use of fungicides, chemical fertilisers and defoliants. Delicate, fresh; it’s the perfect apero before our amuse bouche – followed by a succulent pressed skate wing (from Brittany) and chestnuts flavoured with citrus. This kind of gourmet presentation and preparation is all about flavours, which Delsart has made into an art form. 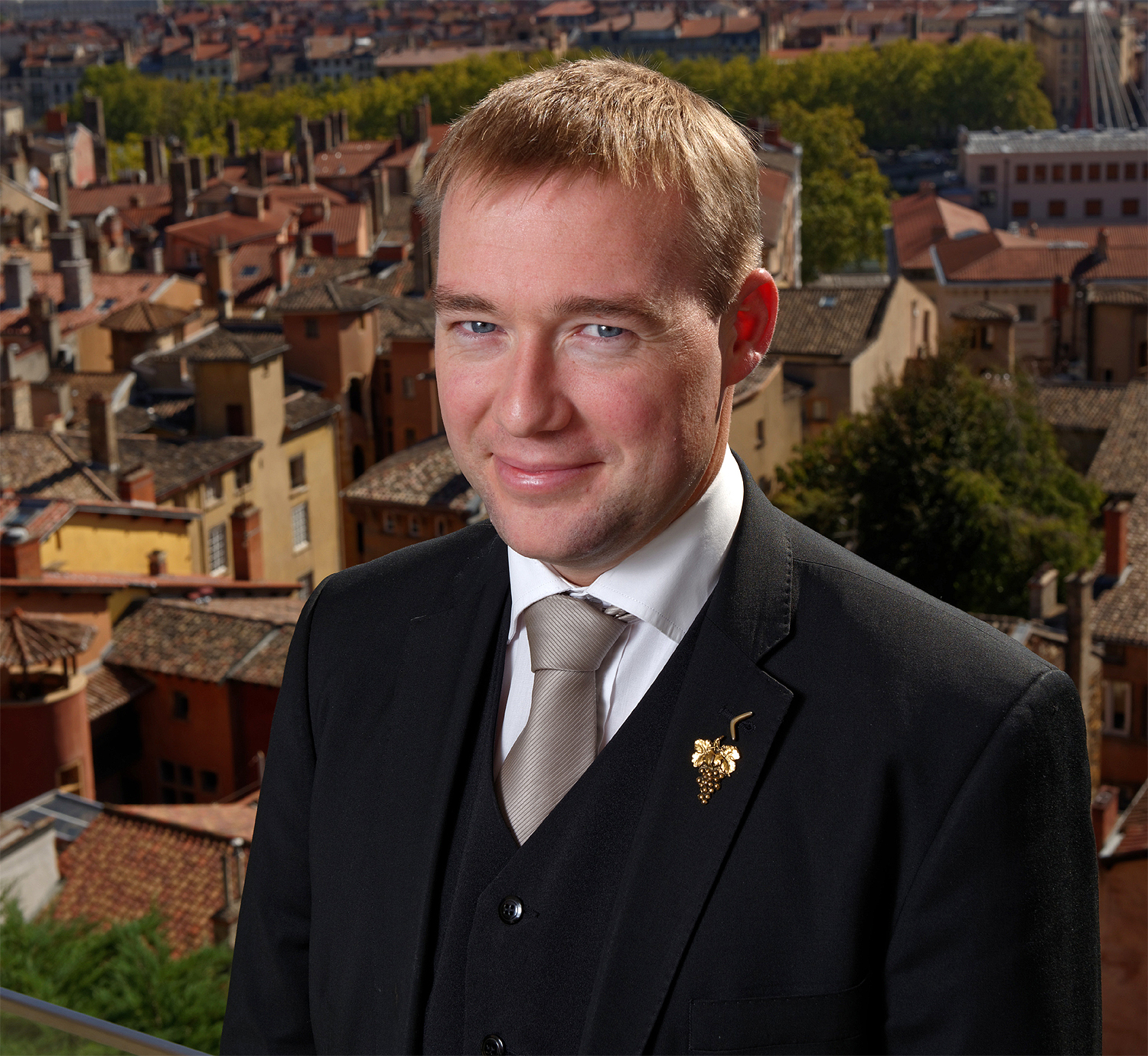 Roasted veal loin – from the Dordogne – is melt-in-your-mouth excellent, especially with our wine from Nuit St Georges/Clos de L’Arlot. Honey and vanilla on the nose, followed by a full-bodied suppleness. Exquisite.

Our superb Chef Sommelier, Gaëtan Bouvier is a delight. Carefully explaining in excellent English his pairings for the evening, he tells us about his obvious passion for all things grape. Named ‘Meilleur Sommelier de Rhone Alps by the Gault & Millau Guide in 2013, he also reached the final of the “Meilleur Ouvrier de France’ last year. Further accolades include his Sommelier of the Year award in Lyon last year. And he is also entering the ‘Meilleur Sommelier in France’ competition. A busy man.

Dessert arrived in the form of Piemont chestnuts in the Panna cotta au chocolate Jivara, alongside a superb Crème glacée à la banane – simply out of this world.

Port – chilled Quinto do Noval Black. Flavour burst and chilled, was the perfect accompaniment to rich smooth coffee and delightful petit fours. Packed with seductive flavours of chocolate, prunes and grapes and at 19.5% proof, this refined offering from Portugal’s Douro region provided the perfect denouement to a fabulous evening. 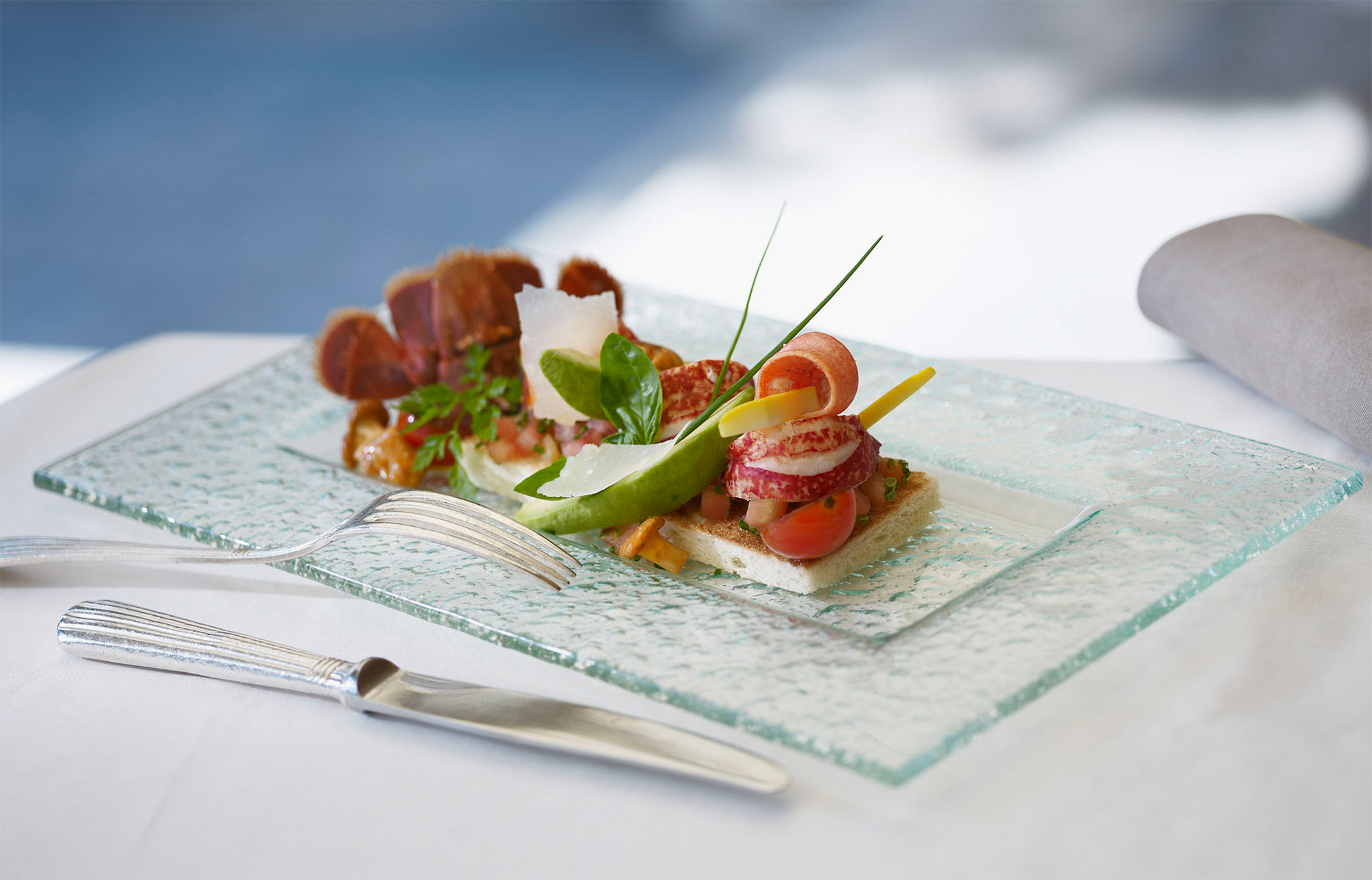 Tables at Les Terrasses de Lyon are booked weeks in advance, so make a reservation now and enjoy one of the finest gourmet dining experiences in the city of lights.

What where and when

Gina travelled to Lyon courtesy of Eurostar, SNCF, A Tout France and Lyon tourist board.

The Much-Anticipated Klosterhaus Restaurant Has Opened its Doors