If you’re a true petrolhead, the dreams of supercar ownership get bigger, and your tastes don’t seem to become any less expensive over time.

However, if you can’t afford to spend hundreds of thousands of pounds, or even millions, buying the real thing, or struggle to ever get behind the wheel of some of the most expensive cars ever produced, some may argue that making your own smaller LEGO version is the next best option.

LEGO and the world of automotive have formed a very close bond over the years, and the Technic version of the Lamborghini Sián FKP 37 super sports car follows on from the Bugatti Chiron set launched in 2018, which is made up of an already staggering 3,599 pieces.

However, the Sián trumps this by a further 697 different parts that need to be assembled (at 3,696 pieces), which is nearly 1,000 more than the bright orange LEGO Technic Porsche 911 GT3 RS (which has “just” 2,704 different components).

Sant’Agata Bolognese’s Automobili Lamborghini, and the renowned LEGO Group, partnered to produce the LEGO Technic Lamborghini Sián FKP 37 as a 1:8 scale model that embodies the Italian flair, the unmistakable power, as well as the stunning looks of the real-life example. 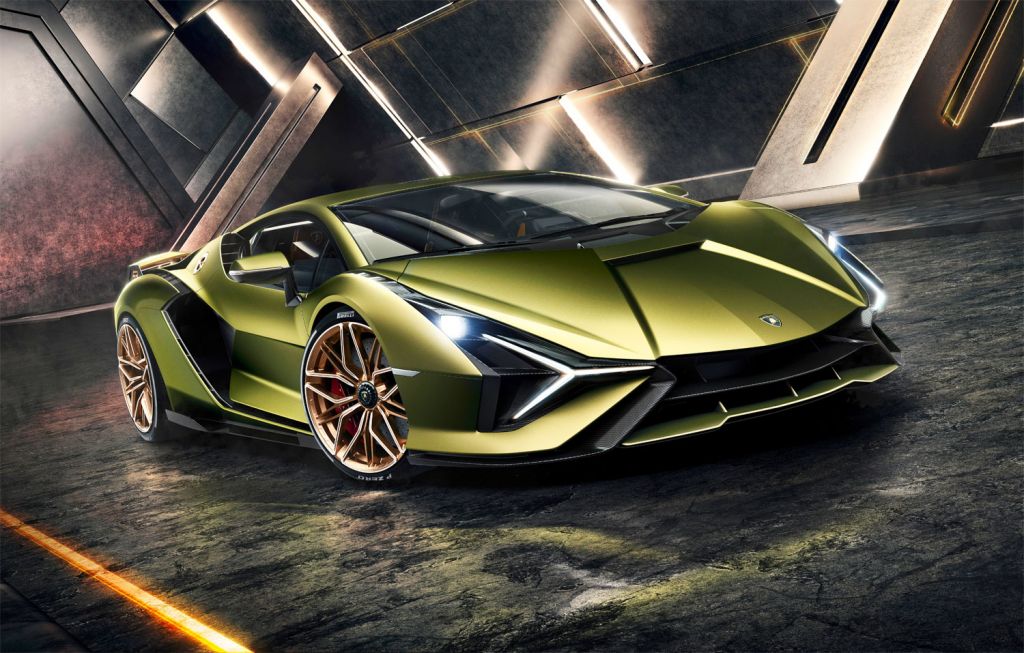 First shown to the world at last year’s Frankfurt Auto Show in Germany, the circa £3 million Sián (the Bolognese word for ‘lightning’), which sits on the Lamborghini Aventador platform, features a mighty V12 engine and hybrid technology, meaning that it’s capable of catapulting the lucky owner from zero to 62 mph in just 2.8 seconds and to a top speed of more than 217 mph.

The comparatively cheaper £349 LEGO Technic model, which comes in a lime green colour with gold rims (the same shades that are available on the real Sián) is brilliantly detailed and a worthy interpretation of the larger equivalent. Standing at just over five inches (13 cm) tall, and boasting a length of 23 inches (60 cm) and a width of nine inches (25 cm), it is sizeable.

Some of the highlights of the LEGO Technic Lamborghini Sián FKP 37 include a replica of the V12 powerplant, an adjustable rear spoiler, moving front and rear suspension, in addition to steering powered by a wheel complete with the Automobili Lamborghini badge.

If that’s not enough, the LEGO version has scissor doors, which open to reveal the intricately recreated cockpit that has a fully-functioning eight-speed sequential gearbox controlled by a movable paddle gear shifter.

Talking about the LEGO Technic Lamborghini Sián FKP 37, Stefano Domenicali, Chairman and CEO of Automobili Lamborghini, said: “The LEGO brick is an icon in the same way as a Lamborghini super sports car. They both embody the pursuit of design perfection through constant research and development, create different emotions with every interaction, and are valued by generations.”

He added: “Each Lamborghini super sports car can be unique thanks to our Ad Personam personalisation program and the specific driving style of each owner, just as LEGO bricks provide builders of all ages with endless possibilities for creation. This outstanding replica of the Lamborghini Sián FKP 37 from the LEGO Group presents a brilliant new building experience for both super sports car fans and LEGO enthusiasts and Lamborghini is privileged to share this opportunity with the LEGO Group.”

Once built, owners will find a find a Lamborghini overnight bag, together with a unique serial number that unlocks special content when opening the front hood. Alternatively, the building instructions come with a QR code, where budding car and LEGO enthusiasts can access an exclusive series of videocasts by Automobili Lamborghini and LEGO experts, to explore the inspiration behind the design of the original car and the LEGO Technic model.

LEGO Technic Lamborghini Sián FKP 37 – Where and How?

The LEGO Technic Lamborghini Sián FKP 37 is available to purchase from LEGO stores and LEGO.com/Technic-Lamborghini-Sian, followed by global retailers from 1st August 2020.