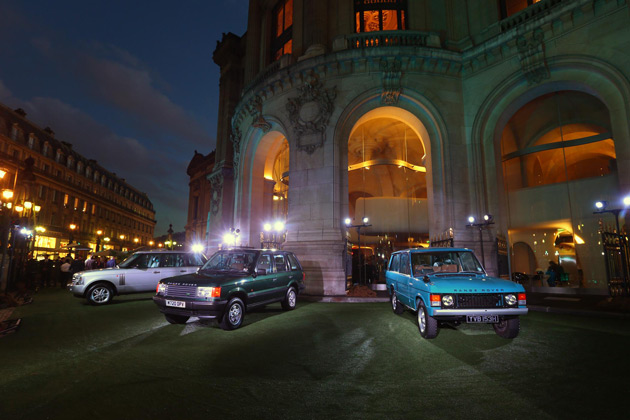 Land Rover has made the best in British automotive design and engineering big news in Paris with a high-impact presentation of the all-new Range Rover, a show-stand featuring the Land Rover Defender driven by field agent Eve in the new James Bond movie SKYFALL™, and the European show debut for the revised 2013 Land Rover Freelander 2.

Paris was the first major international show appearance for the all-new Range Rover with its public show debut supported by an exclusive celebration of its status as an international design icon. Land Rover’s motor show stand over the two press days featured the complete new Range Rover line-up, with both Vogue and Autobiography versions, and the full powertrain range. This sees the 3.0 TDV6 diesel engine made available in Range Rover for the first time, alongside the 4.4 SDV8 diesel and the 5.0 LR-V8 Supercharged. 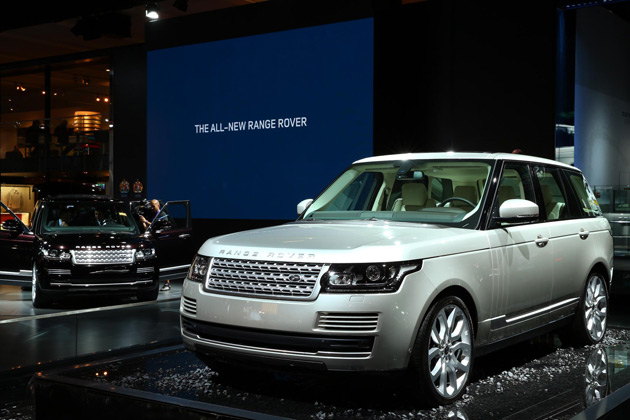 The display also made room for the rare, special edition Range Rover CSK heritage vehicle, a two-door model named in honour of Range Rover’s first creator − Charles Spencer King. Its presence alongside the latest Range Rover generation provided a strong visual reference point for the evolution of the model’s distinctive design. The historic Paris Opera showcased an evening of Range Rover celebration with the new fourth generation model joined by its predecessors to demonstrate the evolution of its design across four decades. Since the introduction of the ground-breaking original Range Rover in 1970, successive models have remained true to its ethos as a luxury SUV, with each iteration taking refinement, performance and the application of advanced technologies to new heights.

As the all-new Range Rover moves into the spotlight, Land Rover can declare with confidence that it remains the world’s finest luxury SUV.

2013 Land Rover Freelander 2
The new 2013 Freelander 2 joined the Land Rover stand on press day two, making only its second public appearance following the unveiling at the Moscow motor show in August. The Land Rover Freelander 2 for 2013 has significant revisions to provide a more premium feel with additional comfort and convenience. Changes to the exterior deliver a sportier, more purposeful appearance, including sharp new front and rear light units, using the latest LED technology and creating a new lighting signature with the daytime running lights. 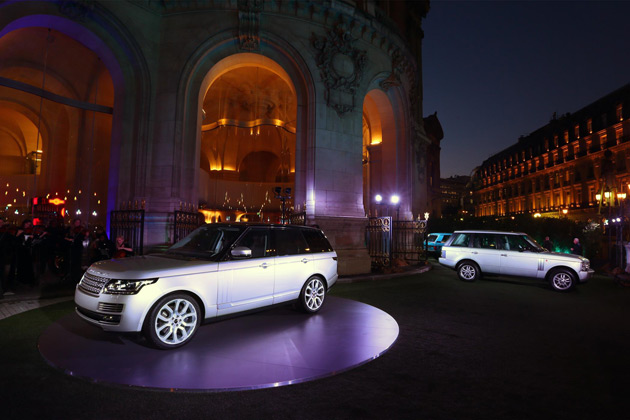 Changes to the interior include three new colour ways for the cabin as part of the sporty new Dynamic grade, a brand new centre console, new seven-inch colour touchscreen control for audio, telephone and (optional) navigation functions, plus a more sophisticated and powerful surround sound audio system from Meridian, providing 825W of power and 17-speakers. Further technology upgrades include: passive start; ‘Say What You See’ voice activation, electric parking brake and rear-view camera with an innovative ‘Hitch Assist’ guide to ensure an accurate and simple lining up of the tow ball with trailers.

Co-Producer Andrew Noakes said: “Bond is quintessentially British and Land Rover is one of the most established and globally recognised British brands, so it was a natural step for us to involve them in the film.” 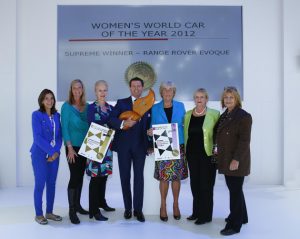 Land Rover Design Director and Chief Creative Officer, Gerry McGovern, accepted two awards at this year’s Paris motor show. McGovern has been honoured as a European auto industry leader in design as one of the winners of the Automotive News Europe’s 2012 Eurostars awards. The Eurostars are the international business publisher’s annual awards to the men and women they consider to have demonstrated exceptional leadership in their field in the motor industry. The trophy was received at a presentation dinner hosted by Automotive News Europe’s publisher ahead of the international Paris motor show on 26 September.

McGovern accepted another award on behalf of Land Rover during the show. In April this year, the jury of Women’s World Car of the Year, which comprises women motoring writers from 12 countries bestowed the Range Rover Evoque with its coveted Women’s World Car of the Year award. The Evoque also took top honours in its category of ‘Luxury Car’. The judges from eleven countries first submitted their own personal short list and more than 300 cars were suggested.  These individual choices were then whittled down to form a master list of 32 in terms of popularity.

McGovern said: “We are delighted to accept this award, which demonstrates the Range Rover Evoque’s broad appeal globally. The Evoque has been a phenomenal success to date, having won over 120 awards in its first year of being on sale.”