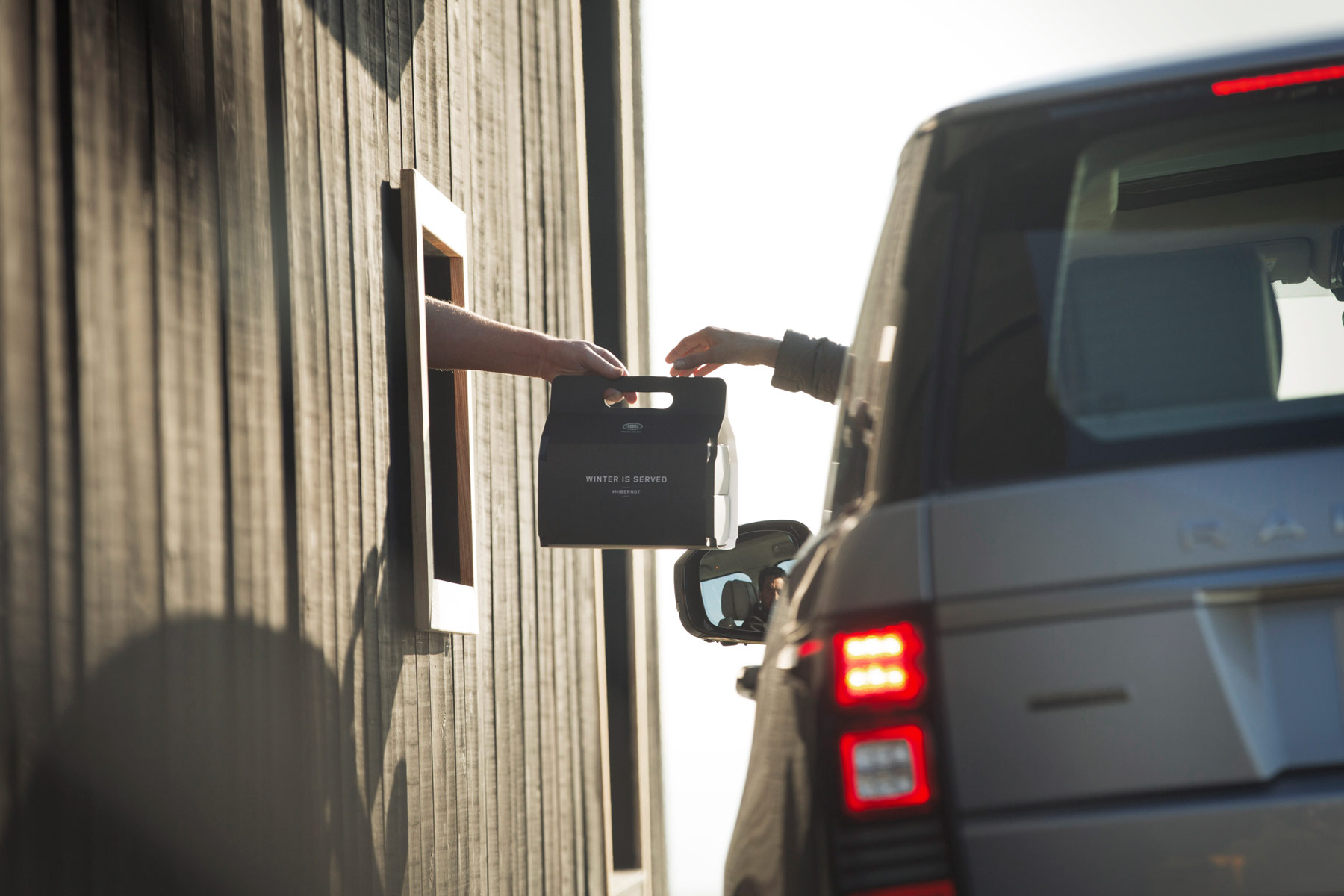 Most of the ingredients had been sourced by Rogan in his native Cumbria, and a steaming hot and very welcomed mushroom broth was served by our host to accompany our vegetarian boxes. They opened out to reveal a mushroom-type burger, crispy potatoes and onion ashes, and a bottle of fermented Sarsaparilla soda which can only be likened to Coca-Cola mixed with lemonade – an interesting, but refreshing taste. 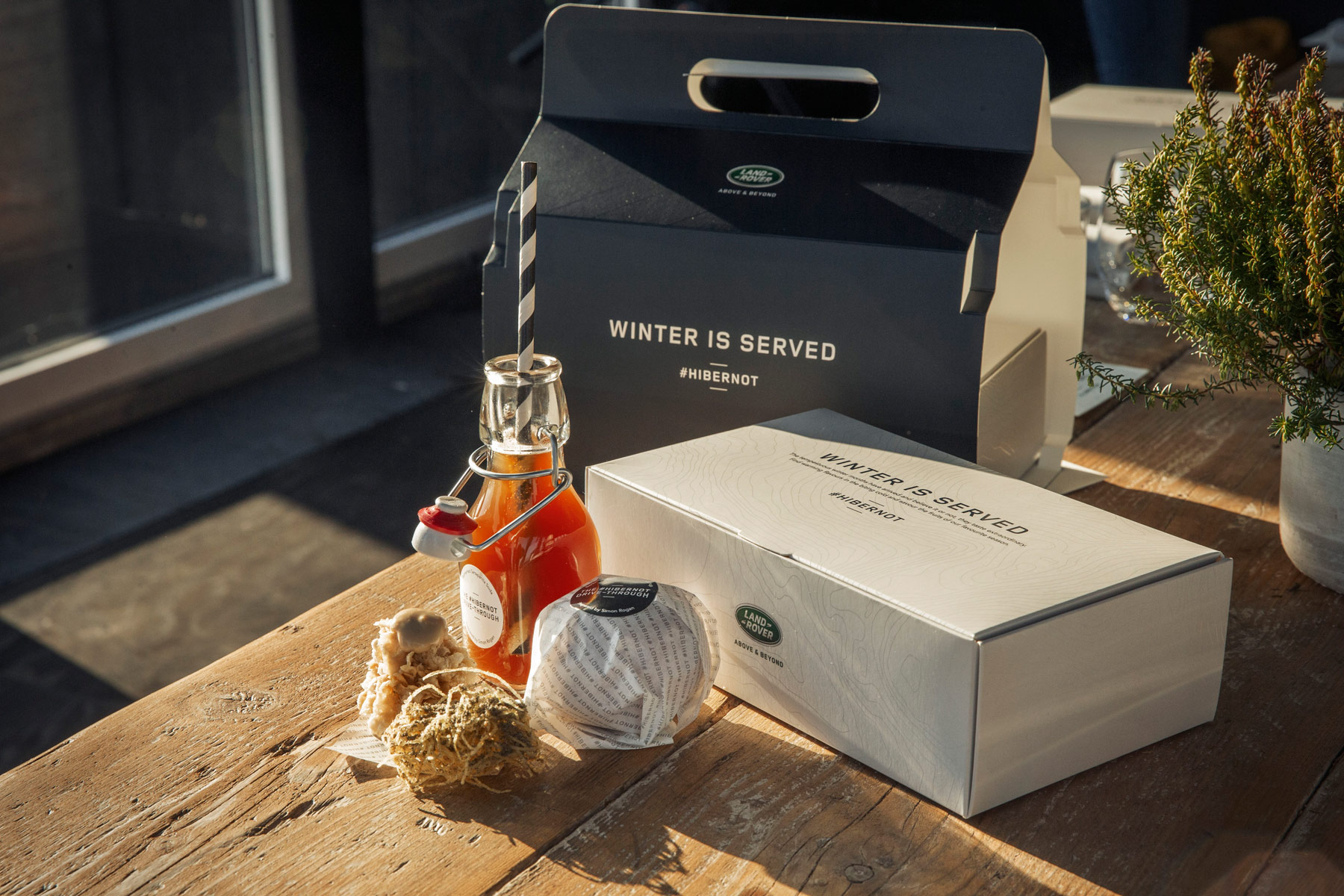 For the meal itself, each course was carefully paired with a wholesome and cleansing juice, namely beetroot and blackberry for the starter, apple, celeriac and pine for the mains, and carrot and sea buckthorn (a berry originating from Scandinavia) for dessert.

The “Start” came in the form of Westcombe cheddar dumplings, the equivalent of a soft cheese gnocchi which was garnished with thinly sliced beetroot, and accompanied by sloe berry, black mustard and a deep red beetroot broth. We had already easily surpassed our recommended five-a-day quota of fruit and veg. 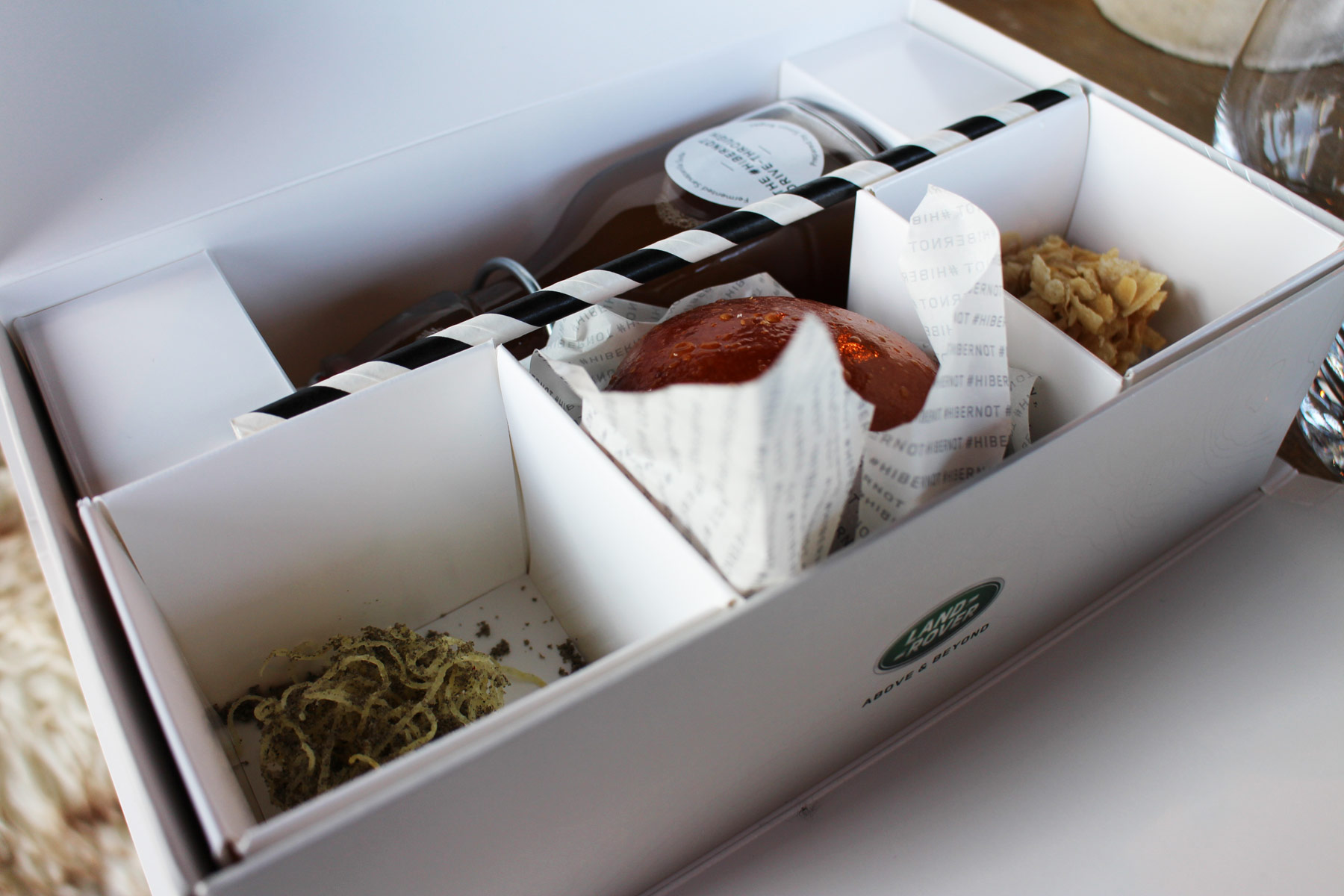 My guest opted for “Land” for the “Middle”, and she was treated to a sumptuous cut of beef shorthorn alongside some creamed potatoes, leek and horseradish. I enjoyed a divine moist piece of turbot which sat on a bed of kale and kale purée, alongside sprout shells filled with mushroom purée. You could immediately see why Rogan has two stars to his name. 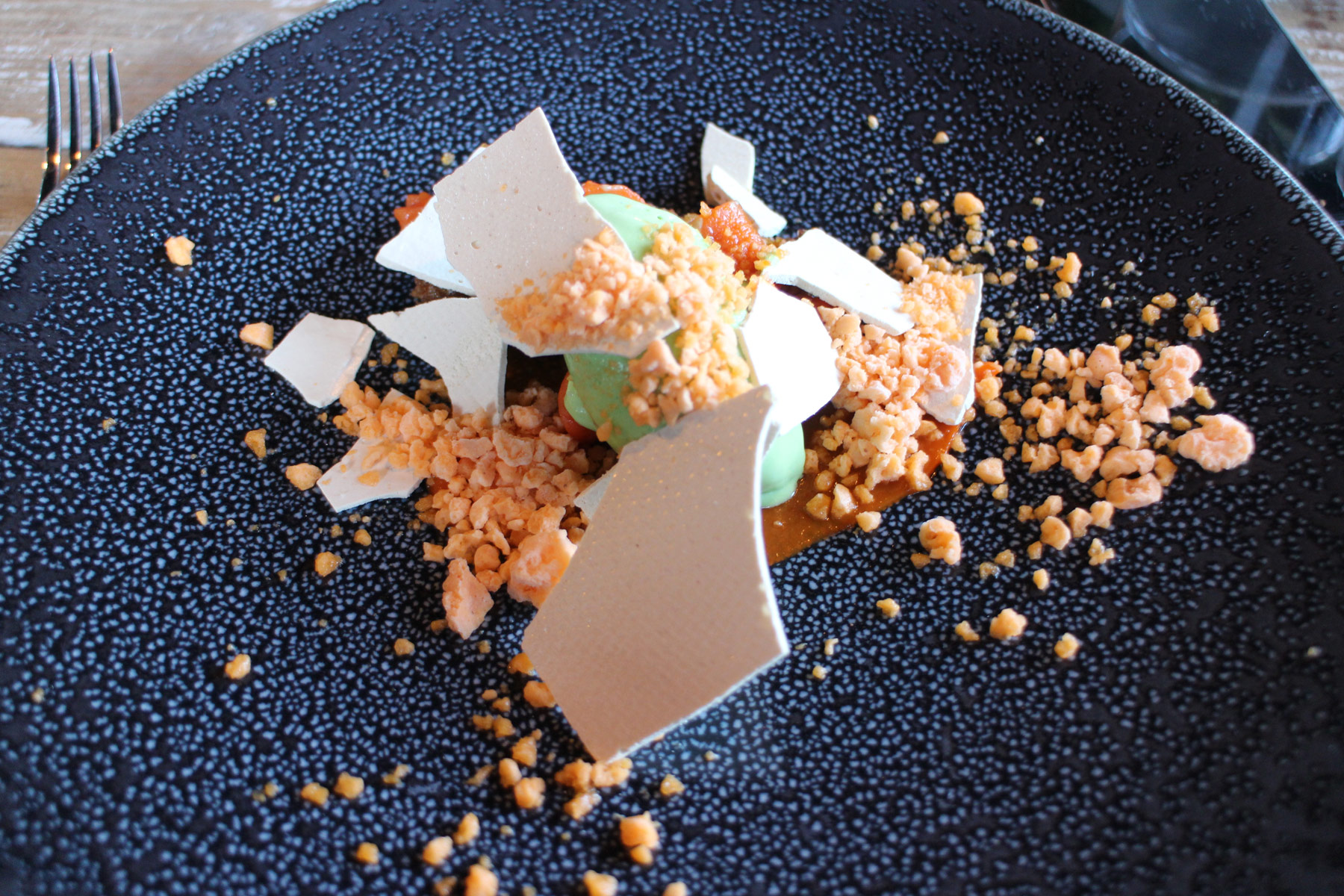 The ‘End’ was probably the most memorable of the three dishes that we had been presented with during our time in the Land Rover restaurant. It was an artistic and very original recipe which was made up of crushed sea buckthorn and parsley ice cream, topped with delicate, melt-in-your-mouth liquorice crisp. 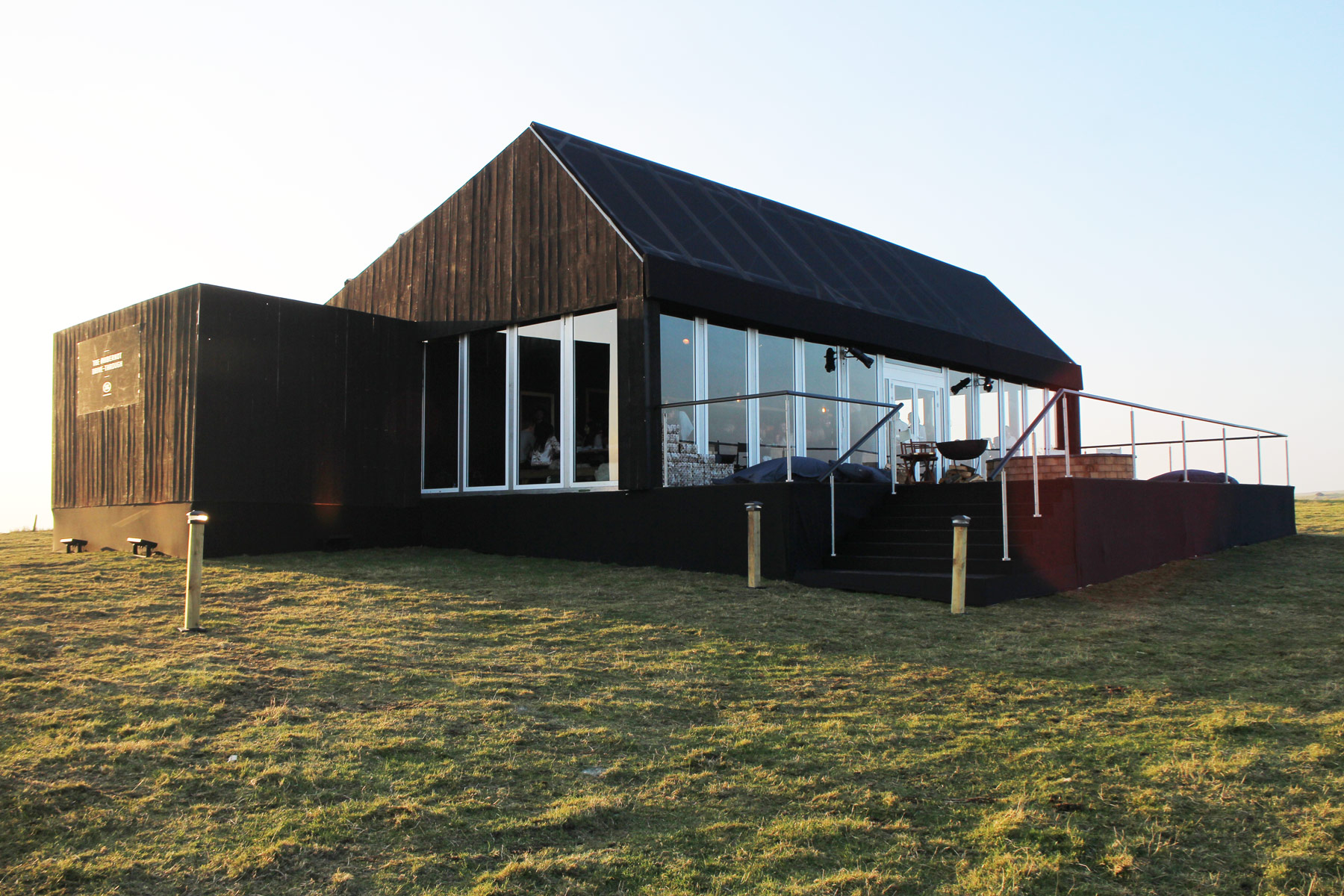 It was an utter joy for the senses and concluded what had been a brilliant way of pushing the boundaries and celebrating the best of what the UK has to offer. It’s just a shame that every drive-through in the country is not like this…

Land Rover #Hibernot Campaign – Where and How?

For more information on the #Hibernot campaign and the Land Rover model line-up, visit www.landrover.co.uk 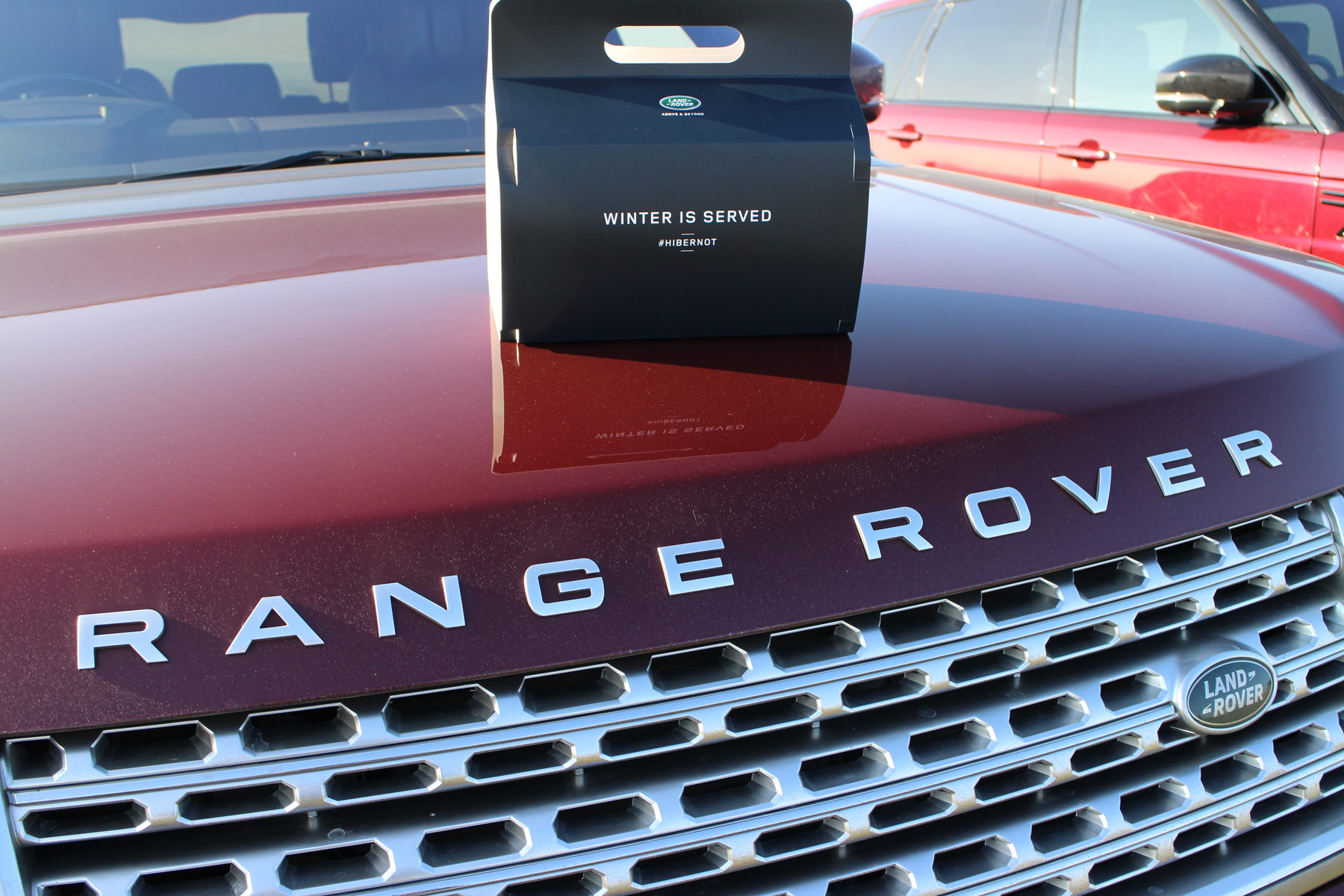