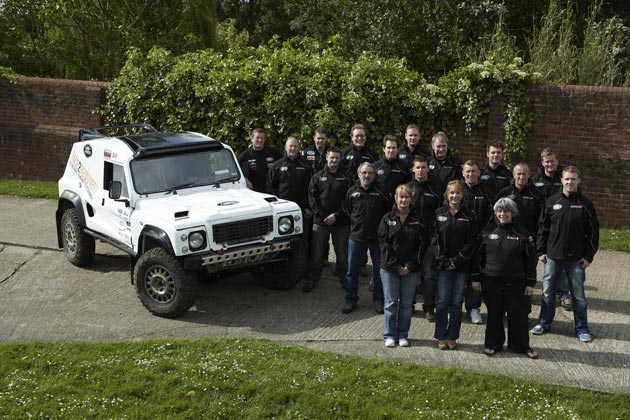 Land Rover will be sponsoring Race2Recovery, a team of wounded soldiers, as they bid to overcome the challenges of their injuries and complete in the Dakar Rally – the most gruelling off-road racing challenge in the world.

It will be the first entry into the Dakar Rally with an amputee driver and co-driver.

Land Rover’s sponsorship of the Race2Recovery project is designed to enable a 31-strong amateur rally team, which includes seriously-wounded service personnel, to realise their ambition of completing the world-renowned Dakar Rally in January 2013, while raising money for charities including Help for Heroes that support wounded soldiers in their recovery and rehabilitation.

Land Rover’s support of Race2Recovery includes the supply of Land Rover engines for use in the team’s race vehicles, Land Rover Discovery support vehicles, off-road driving training, a favourable spares and parts supply arrangement, plus PR, marketing and financial support. The provision and funding of these resources will assist the team’s logistical and management tasks that would otherwise require a major outlay of funds. 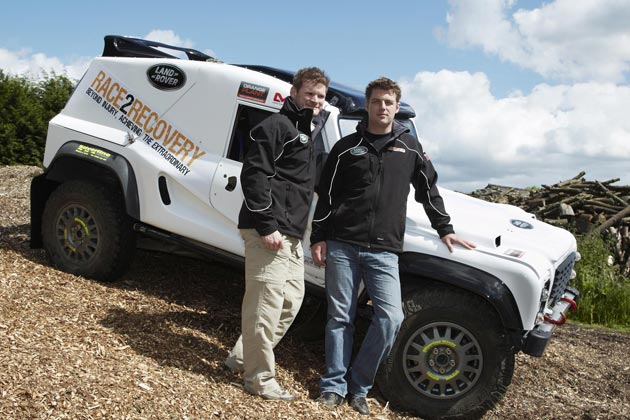 The four Qt Wildcat rally raid vehicles that Race2Recovery will enter in the Dakar Rally are based on the Land Rover Defender, sharing running gear and some external visual similarities. Several elements of standard Land Rover vehicles are retained on the Wildcat including engines, axles and some cosmetic parts.

Mark Cameron, Land Rover Brand Experience Director, Global Marketing, said: “Race2Recovery truly exemplifies ‘enduring human spirit’ and powerfully symbolises hope for all servicemen, and indeed civilians, recovering from disabilities caused by serious injury. We are proud to support the team’s efforts to complete this incredible feat and raise funds for the service charities that helped them in their own recovery and rehabilitation.

“Competing in the Dakar Rally will challenge the team to go beyond their life-changing events. The determination and mental attitude required by the team to take part in the world’s toughest rally raid epitomises the human spirit of adventure, determination and teamwork. Land Rover is pleased to support the rehabilitation of the courageous individuals within the team, and to help them positively impact on a much larger number of their fellow service personnel through the money they are raising.”

Set up in 2011 by a group of wounded soldiers that was inspired to take up cross-country racing, Race2Recovery’s ultimate goal is to participate in and complete the Dakar Rally.

The team also benefits from the involvement of several experienced rally raid participants including Pierre de Frenne, Team Principal, and Quinn Evans, a co-driver who has finished as high as fourth place in the Dakar.

As well as supporting the rehabilitation of the group of injured ex-servicemen directly involved in the project, Race2Recovery aims to raise money for Tedworth House, a military personnel recovery and assessment centre part funded by the Help for Heroes charity.

“Race2Recovery is immensely proud that Land Rover has chosen to support our ethos and determination to succeed in the Dakar,” said Captain Tony Harris, driver of one of the Dakar Wildcats. “Our team recognises the power and strength of Land Rover-based products and technology and it’s reflected in our choice of vehicle for this project.

“For all of us on the team, this is an opportunity to push the boundaries of the possible and to challenge the human spirit of adventure and ensure that our injuries do not dictate our lives. We are incredibly grateful for Land Rover’s backing for our comrades, colleagues and families who still require on-going care and support.”

In preparing for the Dakar Rally, the Race2Recovery team is entering a programme of competitive rally events in the next seven months, including the Pharaons Rally Raid in Egypt in October. 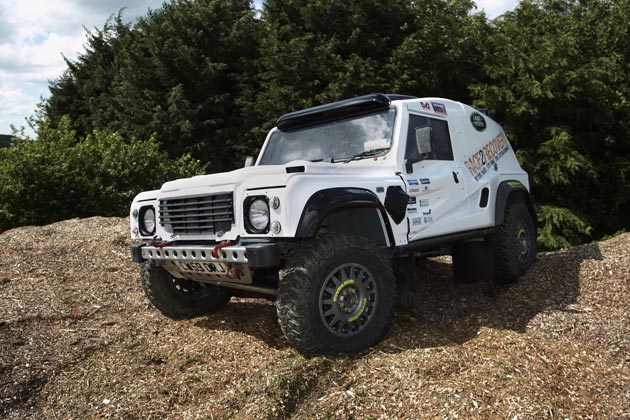 Their preparations will culminate in the Dakar Rally Raid, which covers over 5,000 miles (9,000 km) in 15 days through Peru, Argentina and Chile in January 2013. With typical speeds of between 70-120mph and up to 700km covered per day through some of the most arduous terrain on the planet, the stress and strain on the driving team, vehicle and mechanics are probably the toughest of any race event in the world.

Fans and potential supporters will be able to meet the Race2Recovery team and see their race vehicles at close quarters at several events in June, including the Cholmondeley Pageant of Power in Cheshire (June 15th to 17th)  and the Goodwood Festival of Speed in Sussex (June 28th to July 1st).