International luxury hotel operator, Langham Hospitality Group celebrates the 147th birthday of its flagship hotel, The Langham, London, with ‘Once Upon A Tea Time’ – an enchanting story book that showcases the history and etiquette tied to tea tradition through the eyes of a six year old girl. 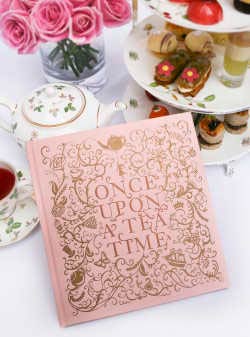 Afternoon Tea was first served at The Langham in London when it opened as Europe’s first grand hotel in 1865. This quintessentially British mid- afternoon delight has since been a brand signature at Langham hotels around the world. The hotel group continues to pay tribute to its long standing afternoon tea heritage with this delightful book, following the introduction of specially-created Langham Tea blends last year.

“As Europe’s first grand hotel, The Langham is synonymous with traditions. And we believe no withstanding ritual is as widely celebrated as the exquisite afternoon tea. ‘Once Upon A Tea Time’ is a story that captures the essence and celebrates the simple pleasures of afternoon tea, in a place where it all began,” said Brett Butcher, Chief Executive Officer.

Acknowledged as one of the most elegant and sophisticated of dining occasions, the first afternoon tea at The Langham, London, was served in the Salle À Manger, or general dining room for ladies and gentlemen for the princely sum of 1 shilling 6 pence. Billed as Teas, Plain – the first afternoon tea simply consisted of simple but dainty items including cakes, sweets, scones and jam, and complemented with fine tea.

Today, The Langham offers enchanting afternoon tea in its portfolio of hotels around the world.