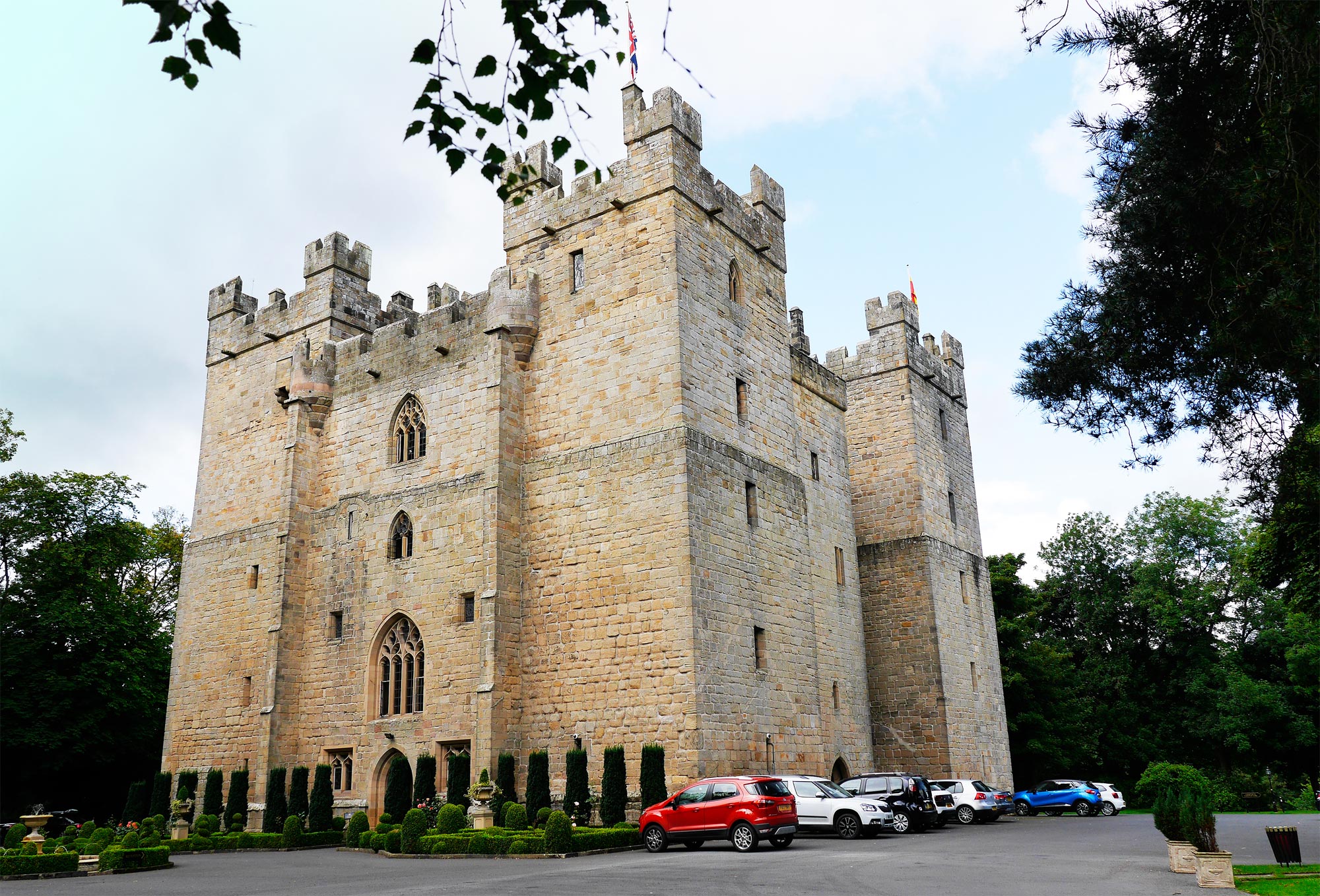 Take 650 years of tumultuous history, the dedication of one besotted American Professor, a touch of the supernatural and the end result is the picture-perfect Langley Castle

Let’s be honest, who wouldn’t want to spend a weekend in a castle, especially one that looks like the fairytale pictures you saw as a child? As someone who’s always had a keen interest in history and architecture, a visit to Langley Castle was the perfect opportunity to live out some of my childhood daydreams, and learn about a region of England which has gone about its business, while seemingly keeping a lot of its incredible history, wonderful architecture and beautiful countryside away from the eyes and ears of many of England’s other residents.

The landscape of Northumberland and its location are, in my opinion, its greatest strengths. Head up the M6 motorway, draw a parallel line across a map of the UK and you’ll be driving for a good distance into Scotland before reaching the northernmost tip of Northumberland. I’d hazard a guess that most people living South of Birmingham, when venturing North, drive towards the Lake District and continue from the West side of England into Scotland – never experiencing the stunning beauty this Northern English county has to offer.

Northumberland is one of the very few places left in England that’s relatively unspoilt by over-commercialisation. Throw into the mix, almost 2000 years of English, Roman and Scottish history, Hollywood storyboards, invasions, romance and some of the most spectacular countryside in the UK and you’ll see why this county is a must-visit for travellers from across the world. 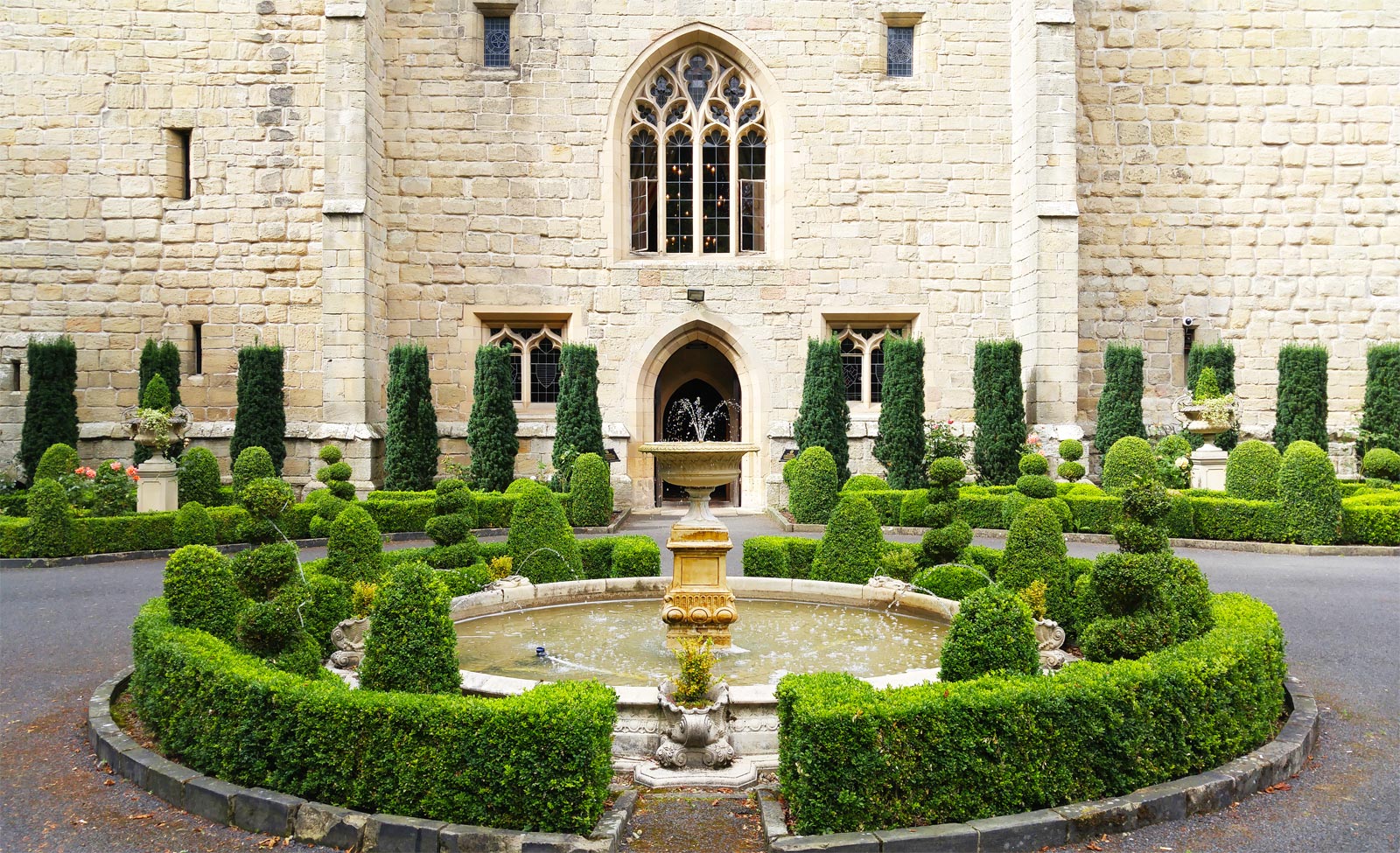 About Langley Castle
Langley Castle is situated in the southern part of Northumberland, close to Hexham, only a few miles from Hadrian’s Wall, multiple Roman forts, temples and rolling countryside. From the M6 at Preston, it’s only two hours by car and remarkably easy to get to.

Upon reaching Langley Castle, it’s impossible not to be wowed by its position and scale. As you drive through the double wrought iron gates up towards the property, the design and symmetry of the building stir your emotions.

When viewing Langley Castle from the outside, you’d be convinced that it has been here in this very same form for millennia. In fact, it was built as a fortified manor house by Sir Thomas de Lucy in 1350 and less than 15 years after its construction (1364), was gutted by fire. It remained a ruin for more than 500 years.

During this time, the castle became the property of the Earls of Derwentwater (James and Charles Radcliffe), both of whom were executed at the Tower of London for their parts in the Jacobite Rebellions of 1715 and 1745. James (the 3rd Earl) was beheaded in 1716 but Charles (the 5th Earl) escaped death via a clever ruse and joined the Stuarts in France. He was recaptured during the Jacobite uprising in 1745 and executed at the Tower on 8 December 1746. Charles Radcliffe is today remembered as the last Englishman to be executed at the tower and for being a brave and loyal supporter of the House of Stuart. 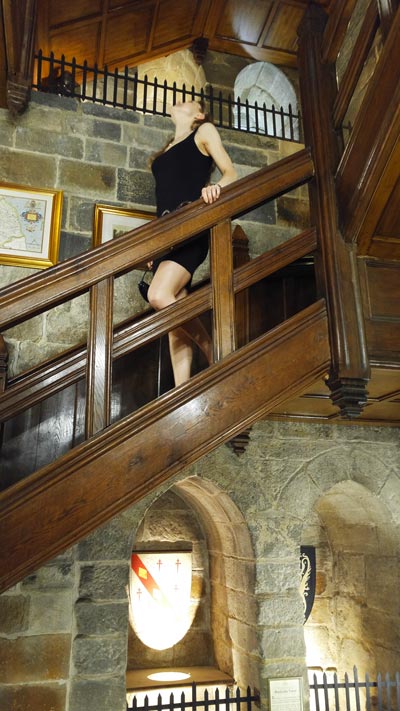 In 1880, 27-year-old collier and archaeologist, Cadwallader John Bates (1853 – 1902) acquired Langley Castle from the trustees of Greenwich Hospital, and together with his wife Josephine, embarked upon its restoration.

After the death of her husband, Josephine continued the restoration of Langley Castle with the assistance of Mr. Hodgson Fowler, a Durham-based architect. By the time they had finished, Langley Castle had been transformed into a stately home furnished with all modern comforts.

Josephine died in 1932 and Langley remained empty until the outbreak of WWII when it became a barracks. In the following decades, it was used as a girls’ boarding school before being purchased by the Robb family in the eighties.

Today Langley Castle is in the very capable hands of Dr. Stuart Madnick, a professor at the Massachusetts Institute of Technology. Dr. Madnick purchased the Castle, you could say on a whim when he saw it for sale in 1986 and along with his family, turned Langley Castle into an award-winning luxury hotel. In 2007, almost 20 years after he purchased Langley, he acquired the title of Barony of Langley from the crown – finally reuniting the castle with the title.

I’m quite certain that 650-plus years after Sir Thomas de Lucy created his vision of medieval feudal grandeur, he and the infamous Earl’s of Derwentwater would be very satisfied with the new Baron of Langley’s achievements.

Click here to continue with the Langley Castle feature