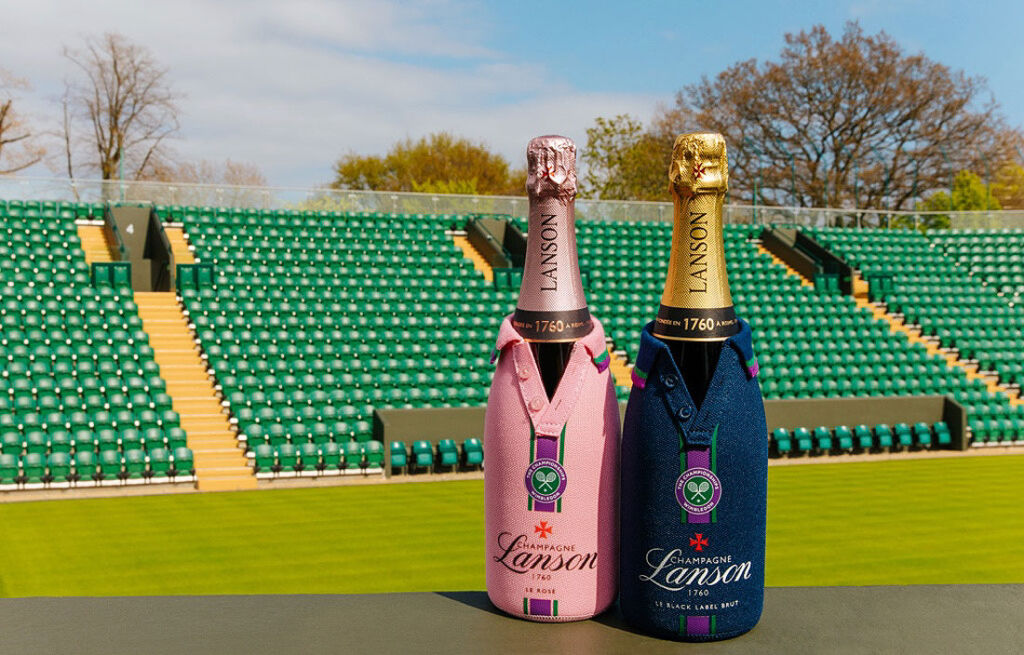 Wimbledon 2021 is here and will undoubtedly produce more moments that will go down in the annals of tennis history. With the return of sunny weather, a garden is an ideal place to feel like you are at Centre Court and to add that extra special touch, why not treat yourself to a cooling bottle of bubbly from Champagne Lanson inside one of their rather swish looking bottle jackets.

Wimbledon is quintessentially British, and Champagne Lason has created something entirely in keeping with this. They’ve introduced some rather natty looking bottle jackets that look like polo shirts in which you place your champagne bottle to keep cold. They are special edition Wimbledon themed to mark their long history with the Championships.

Maison Lanson was formed in 1760, making it one of the oldest Champagne Houses. A proud family business with solid traditions and remaining an independent organisation. They have remained faithful to the values that have guided us for 260 years.

The brand is proud to hold the Royal Warrant Holder since 1900 and has remained an official supplier to the British Royal Family ever since. In keeping with the British theme, in 1977, Virginia Wade became Britain’s last female champion at Wimbledon. In the same year, Lanson started its association with the tennis tournament, resulting in it becoming the tournament’s official champagne in 2001. 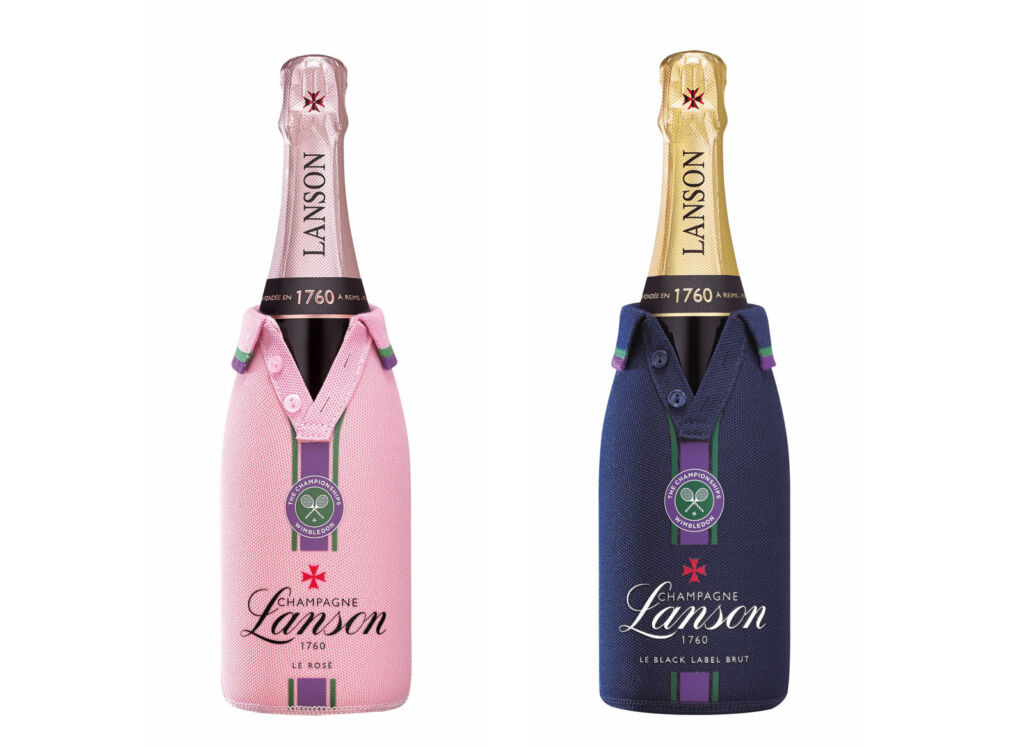 The Wimbledon Bottle Jackets
Champagne Lanson wanted to celebrate the return of the Wimbledon Championships with something people could use and keep as a memento. What better for a champagne producer than something that has both form and function, namely cooling, designer bottle jackets that have been inspired by tennis and Wimbledon.

The 2021 design is based on the classic tennis polo shirt and available in two colours. A pink polo shirt will adorn Lanson Le Roseì, a fruity and delicate champagne sought after for its pale salmon colour and its characteristic freshness. In addition to this, there is a navy-coloured shirt that can be wrapped around Lanson’s signature Le Black Label Brut, known for its finesse, freshness and elegance.

Champagne Lanson’s history with Wimbledon goes back more than four decades. As the tournament’s Official Champagne Partner, Lanson is available exclusively in all the bars and hospitality marquees within the grounds of The All England Lawn Tennis & Croquet Club.

Lanson’s sustainable vision
I love Champagne Lanson because they are a proactive Maison looking for sustainability solutions to continue without impacting the environment. The company is inspired by nature as this is what produces the final drink. Good soil, good weather and superior grapes are the overriding factors that lead to premium champagne.

Champagne Lanson has land in Verneuil and Vandières that are biodynamically cultivated based on innovative and constantly evolving practices. These are controlled grassing, reduced soil compaction, soils nourished with homemade compost, and no use of chemical pesticides or herbicides. Thus, Lanson is one of the few Maison’s to offer an organic cuvée in its permanent range: Lanson Le Green Label.

Sadly I have not managed to get to Wimbledon this year as I love Tennis, watching it whenever I can. It would have been ace to be at the Championships and sip some Champagne Lanson from a cold bottle. It would be best if you took advantage while you can and purchase a Wimbledon themed bottle jacket.

Champagne Lanson Wimbledon Bottle Jackets – Where and How?

For those wishing to retain a keepsake, Champagne Lanson’s highly anticipated limited-edition bottle jackets are available at Ocado, Tesco, Sainsbury’s, Waitrose, and M&S, and miniature versions available exclusively through Selfridges.

The Lanson Wimbledon bottle jackets are priced from £35-£39.00. For more information on their champagne and jackets, visit www.lanson.com.