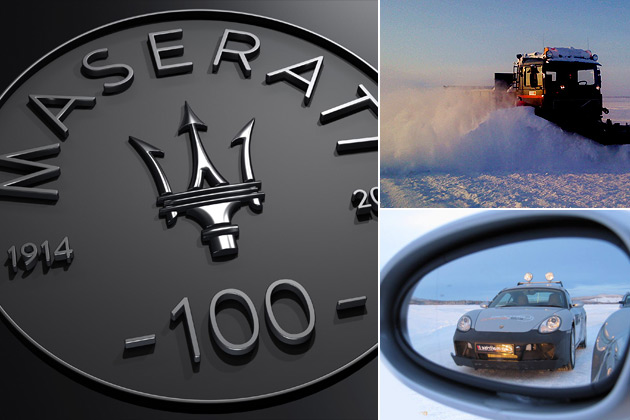 Legendary sportscar manufacturer Maserati has chosen Lapland Ice Driving as the base for its new performance module which is set to launch as part of the marque’s centenary year.

Maserati have entrusted the centre with Ice Driving by Maserati, an annual meeting of its dealers at the 750-acre Lapland site, where they will tackle the unique challenge of high-speed drifting. A special event will also be organised for selected clients as part of the new arrangement.

Founded in 1914 and immediately recognisable thanks to its distinctive trident emblem, the Modena-based company has been part of the Fiat Group since 1993, a move that has helped it flourish as a luxury brand into the new millennium. 2014 sees the marque celebrate its centenary, which will begin in style when Ice Driving by Maserati launches this January. And they could not have selected a better base for the programme, with the Lapland facility widely acknowledged as the best of its kind anywhere in the world.

Located just 80km from the Arctic Circle, its success has been built on a thriving commercial business which enters its ninth season in 2014. In little under a decade this has grown into an industry leader thanks to GPS-mapped replicas of the Silverstone, Nürburgring and Paul Ricard grand prix circuits, an incredible selection of 30+ vehicles and a team of expert instructors. As well as the new module, the Italian manufacturer’s presence in Lapland will be significantly enhanced by the addition of their GranTurismo Sport and Ghibli S machines to the 2014 fleet. Initially unveiled in 2007, the GranTurismo’s new Sport version was launched in 2012 and features a 4.7-litre V8 engine and six-speed automatic gearbox.

Meanwhile the Ghibli S is the latest incarnation of a historic Maserati dynasty. The first was launched as far back as 1966, with Ghibli II following in 1992. In 2013 the line was given a 21st century makeover, re-born as a premium luxury E-segment car with a 410bhp V6 engine. This version is now available to pilot on the ice. Lapland Ice Driving’s new arrangement with a globally renowned manufacturer further enhances the centre’s status as the foremost of its kind, and ensures that the 2014 season will be its best to date.